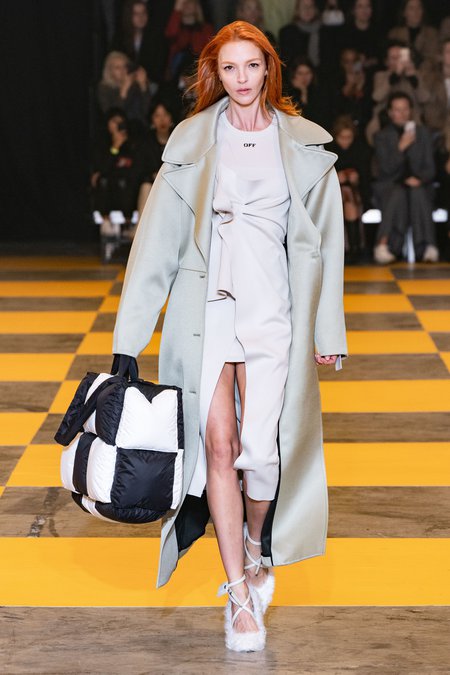 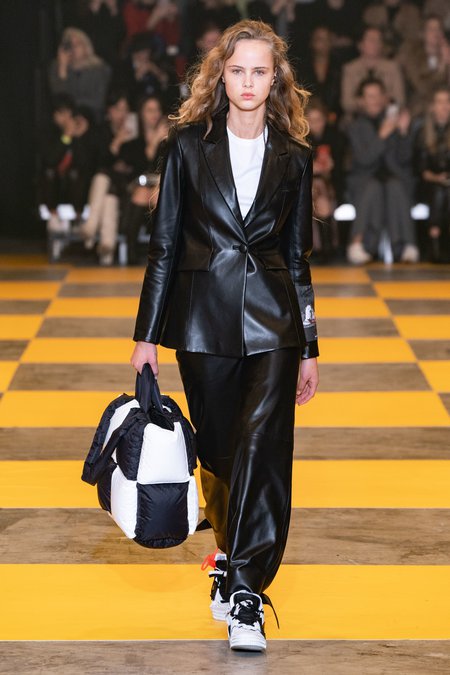 Deviating from the sportif aesthetic once more rigidly dictated by his collaboration with Nike, Virgil Abloh took a bold move for his fall Off-White collection -- although there was still plenty of vroom. Specifically, Abloh sought inspiration from the Rockford Speeday, a Nascar race track near his hometown of Rockford, Illinois. Gone were the ironic quotation marks that once permeated the collection. To hear Abloh put it, he's moved on from "sport."

In its place, the multi-hyphenate designer turned to the concept of male-dominated niche culture. Using the stage as his ultimate platform, not to mention an invitation that featured fake bills stuffed into a clear plastic envelope, Abloh didn't so much play upon male stereotypes as he did fast-forward his street-style ethos with checkered flags and racing overalls.

Given the pace at which Abloh works, the collection's turbo-charged vibe certainly complemented his need for speed. But desirability rankings aside, the collection was pretty approachable: check patterns shown as an Op Art pattern on a sweater and as a graphic moment on a down coat. Jumpsuits featured a bold grid pattern complete with signature Velcro harness belt -- elements that found their way onto the more elegant looks as well, namely a pleated jersey dress and silvery trench worn by Mariacarla Boscono. A petrol blue suit jacket that was half wool, half pleated satin was fabulous.

If all of it had whiffs of familiarity, it may be because Abloh has also been cutting his teeth as creative director of men's wear at Louis Vuitton. The fresh takes on women's tailoring did not go unnoticed. 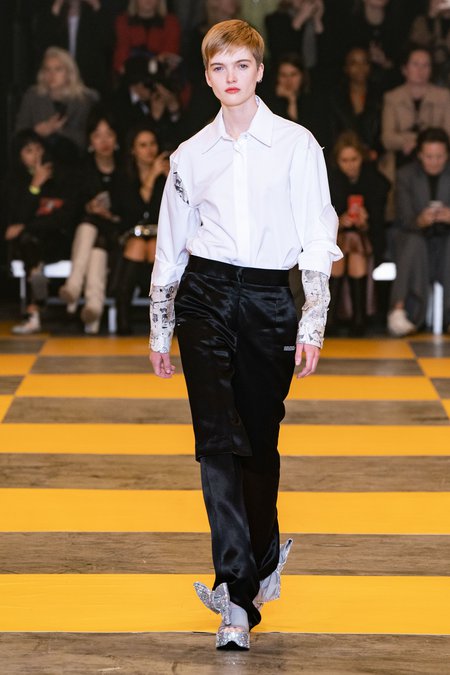 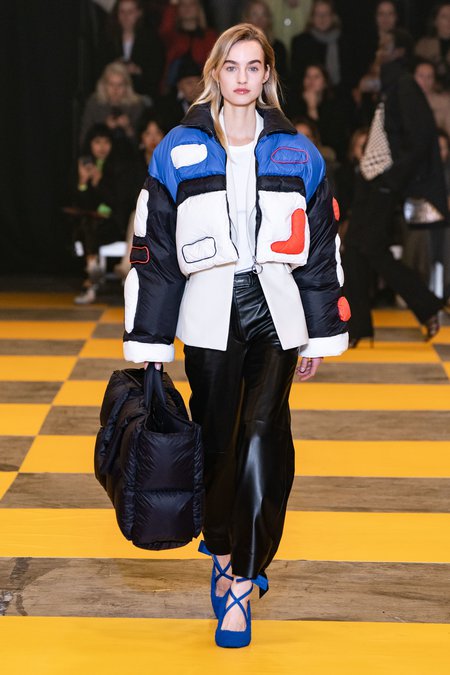 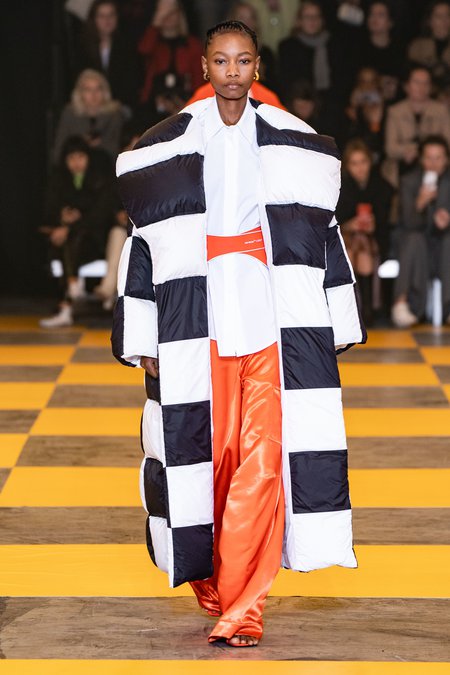 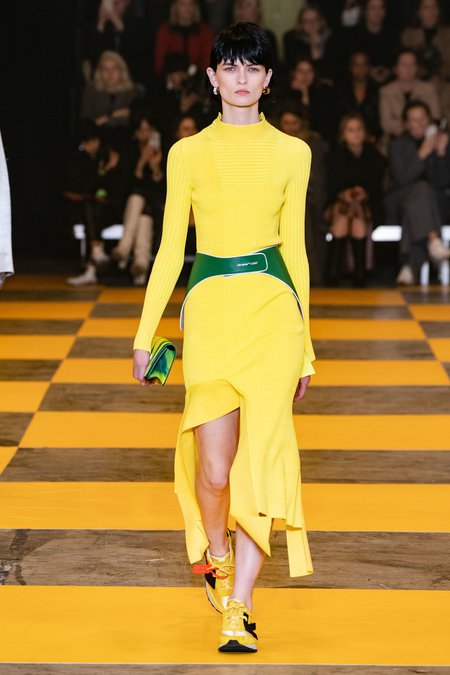 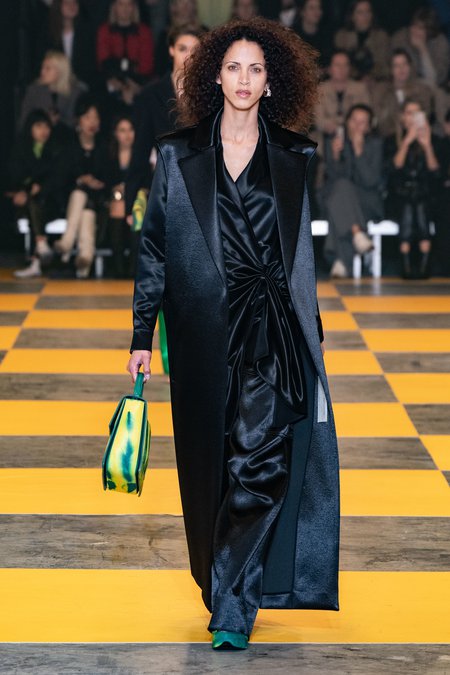 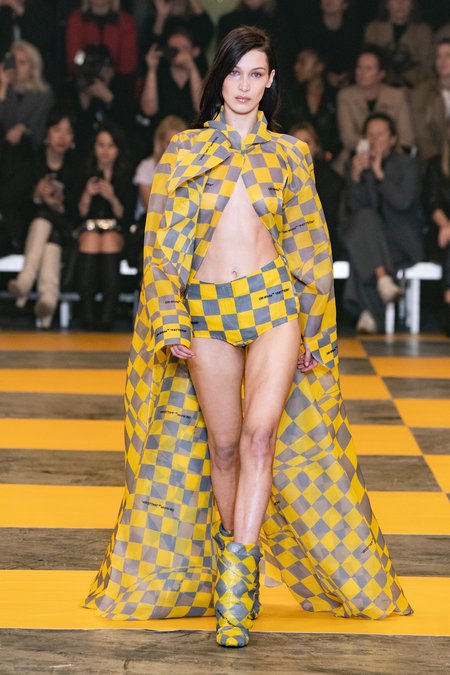