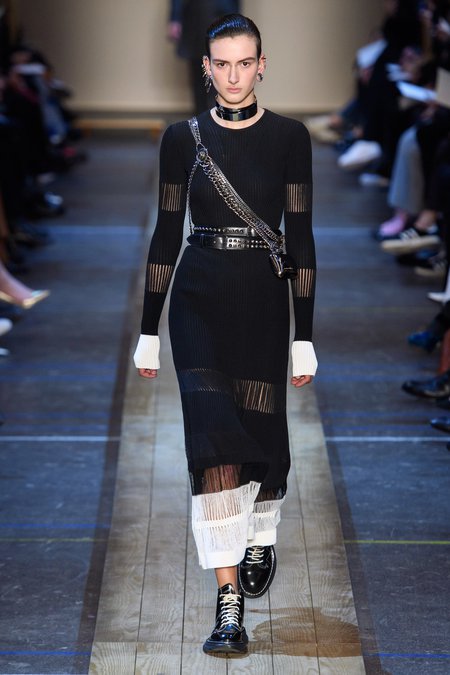 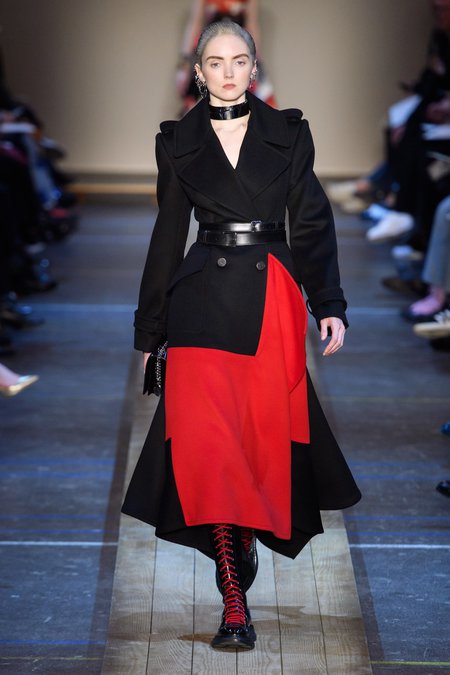 It's all coming up roses at Alexander McQueen.

Harking back to her native roots, Sarah Burton served up a tactile reminder of the origins of many of fashion's most dazzling creations. Her designs for fall carried over into the venue itself -- with seating fashioned out of oversized rolls of wool from British fabric mills of northern England, a primary source of inspiration for this collection. Indeed, the wintery looks and references to Derbyshire and the countryside and, specifically, to the bolts of cloth woven both by man and machine.

In what was a sharply tailored collection, the pieces soared. The first looks were a direct nod to the English north and its coal industry: fitted suits sporting draped asymmetrical panels fashioned in charcoal and anthracite flannels. Moving on, the evening looks stunned but never lost touch; to wit, a shimmering silver floor-length gown with long paillettes made to look like weaving looms, continued the industrial references (particularly as the model walked, mimicking the sound of the factory floor) with an irreverent dash of disco. The voluminous red silk taffeta dress at the end, meanwhile, paid homage to the Red Rose of Lancaster. 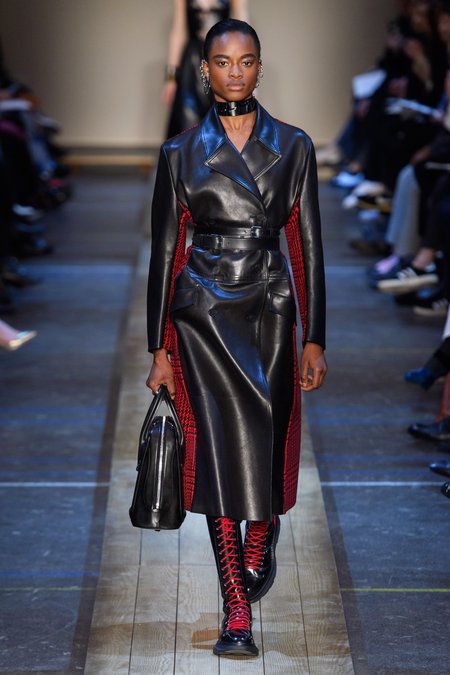 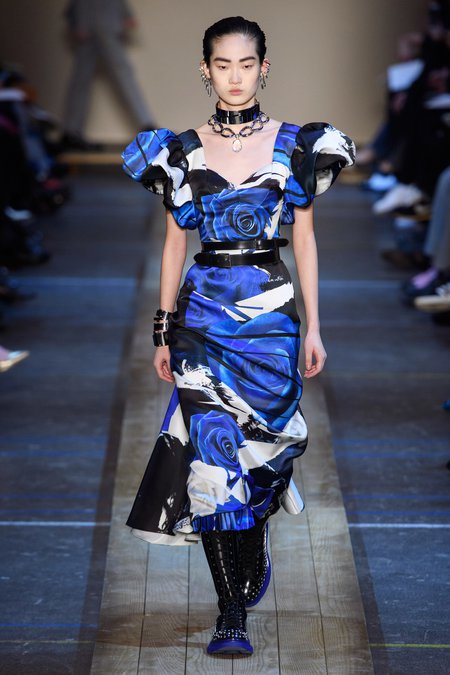 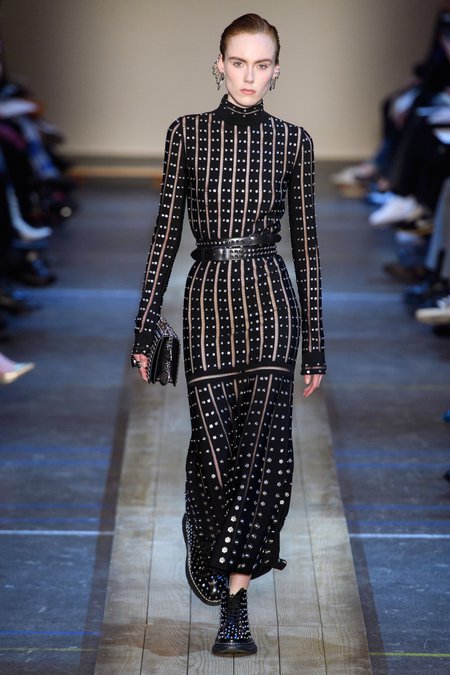 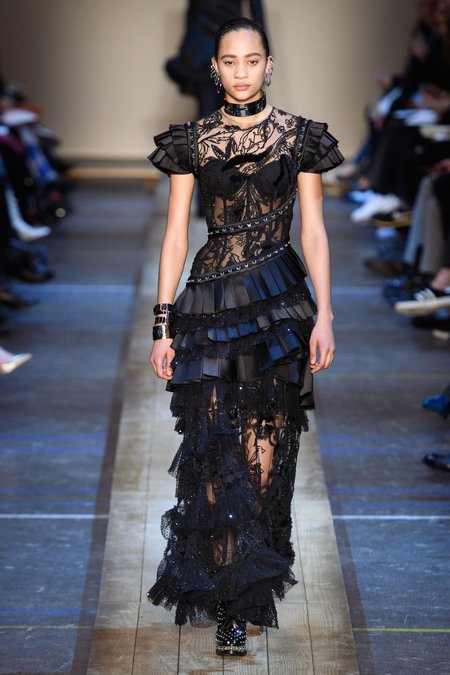 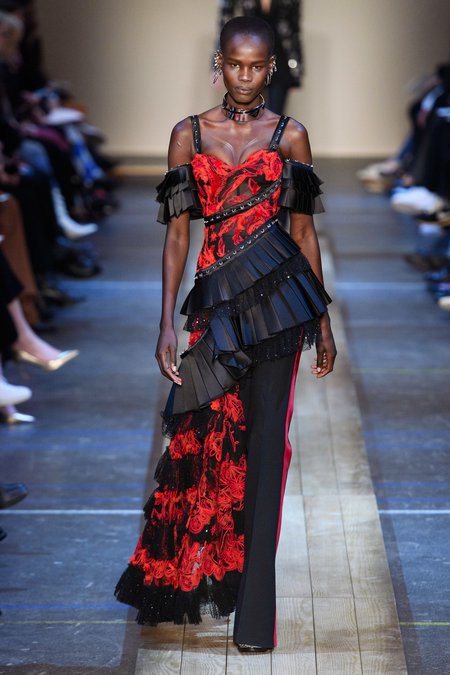 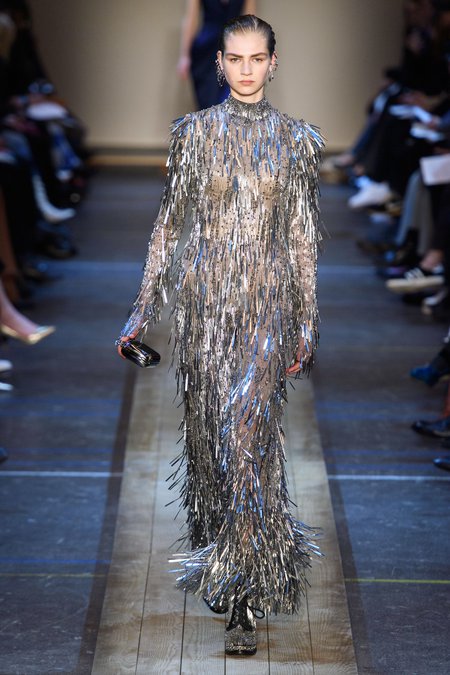 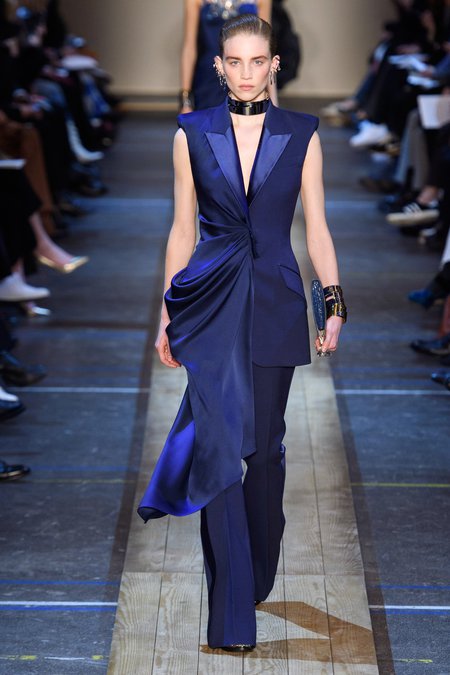 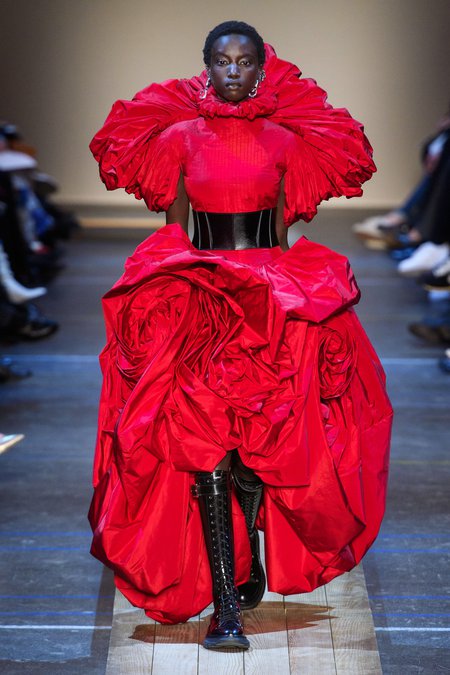