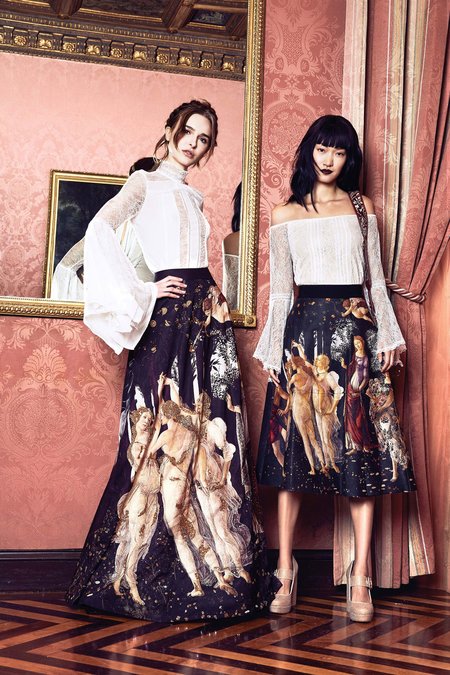 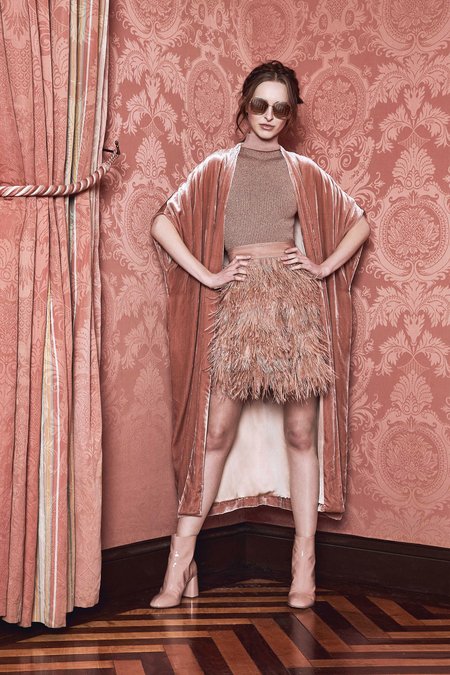 Alice + Olivia’s Fall 2017 collection sought inspiration from Salman Rushdie’s novel “The Enchantress of Florence.” The collection drew from the vibrant rich settings of Mughal India and the romanticism of Renaissance Florence, depicting the story of a woman creating her own destiny in a man’s world. Comprised of an eclectic mix of pieces and a sharp color palette of reds, pinks and jewel tones, Stacey Bendet created a serene fantasy with notes of magic realism for this collection.

In Rushdie’s novel, as in Bendet’s collection, characters were brought to life through painted stories. The enchantress print featured a representation of Rushdie’s Lady Black Eyes but with the designer’s twist of #staceface wearing her signature large black shades. Intricate gold metallic beading evoked images of Rushdie’s Akbar Empire, while a leather skirt in Botticelli’s Primavera painting was representative of Renaissance Florence. Live at the show, body painting artist, Trina Merry, brings the enchantress to life using the human body as a canvas. 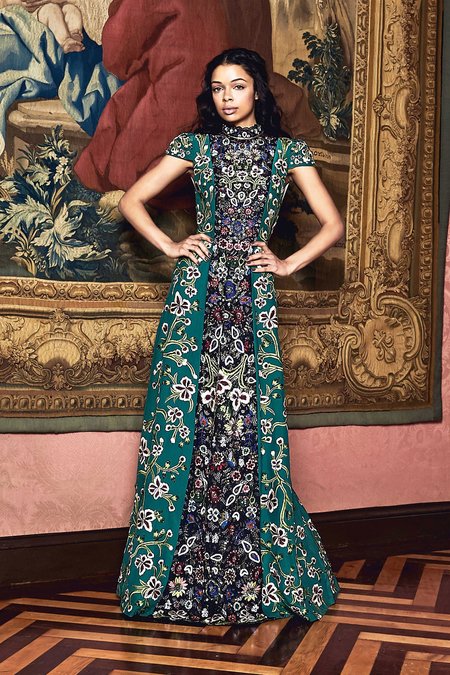 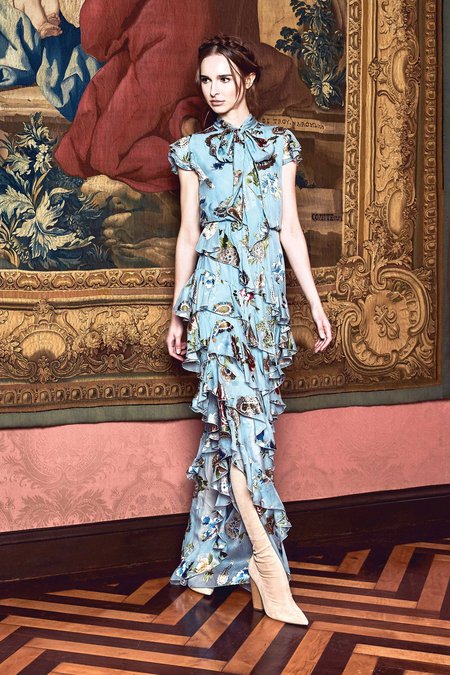 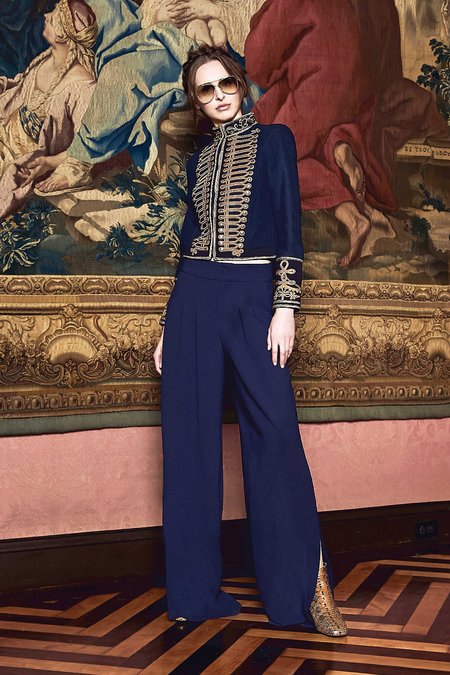 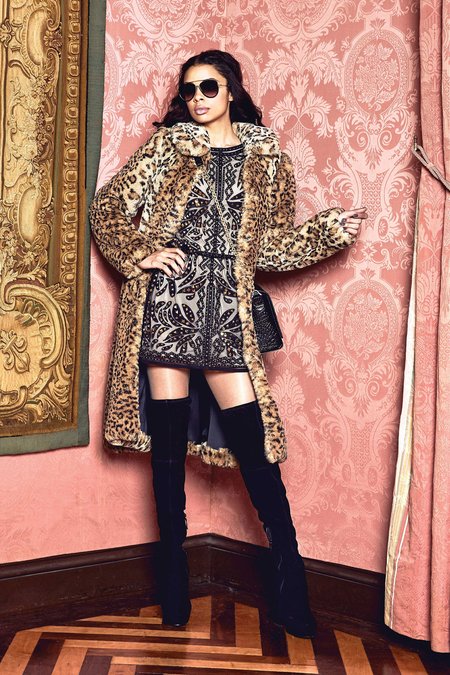 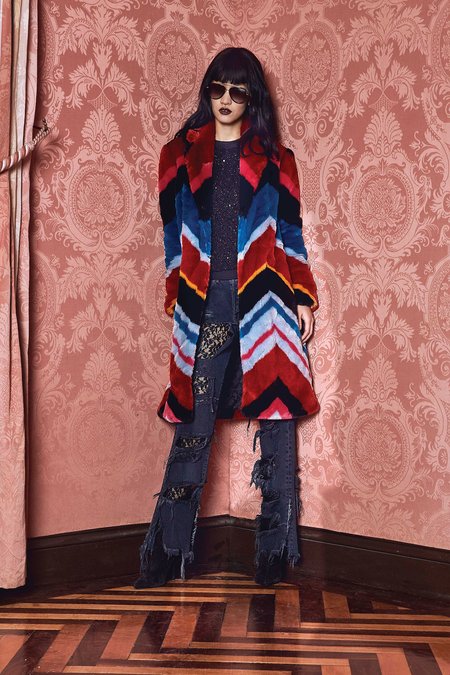 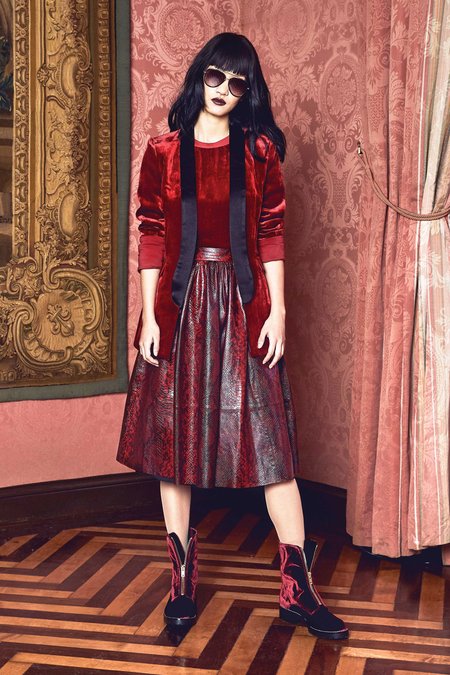