Demna Gvasalia’s sophomore effort at Balenciaga honored the work of house namesake Cristóbal Balenciaga, but through the lens of the much-buzzed-about designer’s own obsessions. This season that meant a fusion of couture shapes with modern—and, at times, kinky—materials ranging from second-skin spandex to latex, topped off with Moroccan pouf bags and archival crystal brooches.

Show notes spoke of the relationship between couture and fetishism, which Gvasalia illustrated via encasing the body with neon spandex pant-boots and a latex rain poncho with hood. That trickled down to even the accessories, including a dominant square-toe, thigh-high boot rendered in neon Spandex.

On the runway were a number of other eccentric design offerings, ranging from broad-shouldered blazers with skirts partially attached to mimic a skirt suit to pencil skirts that transformed into a pinafore to halter dresses that doubled as tops. Most were topped off with linebacker-oversized coats, inspired by a camel one that the late Cristóbal had been designing for himself. Midway through the show came a series of dresses and skirts in bold, ’70s graphics—vintage florals, if you will—and secondary neon colors. Consider them the new scarf dresses of the season. 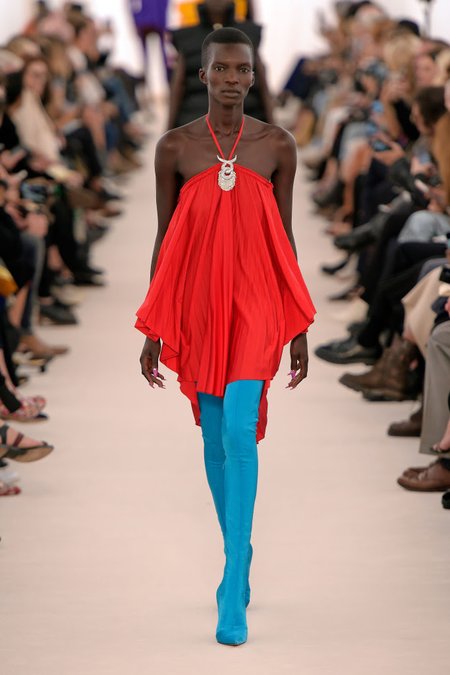 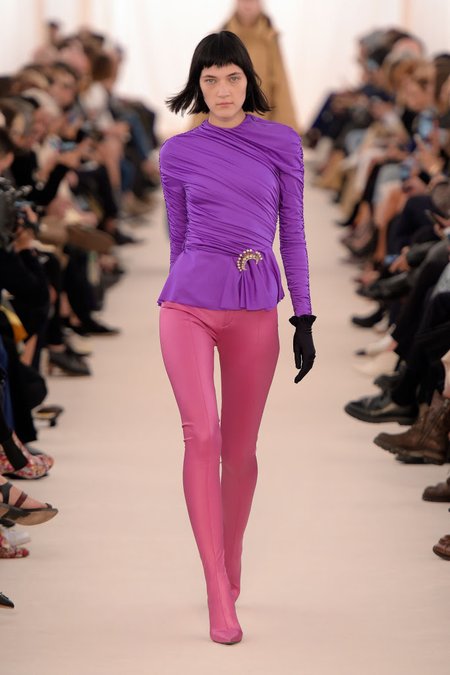 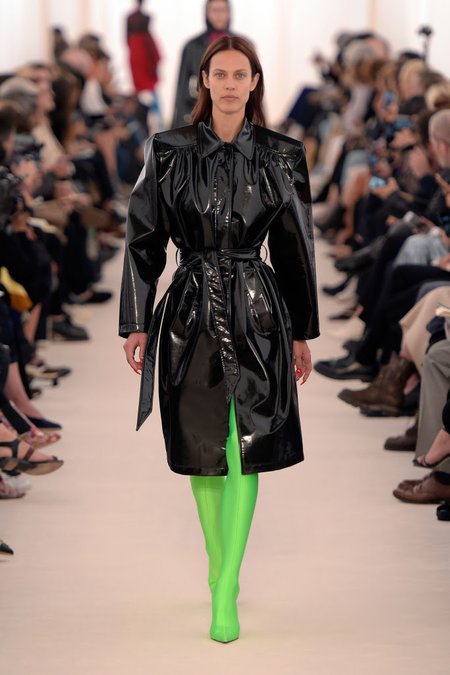 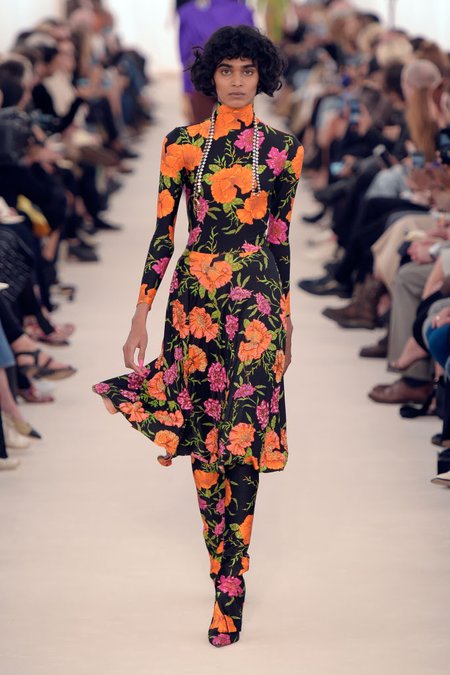 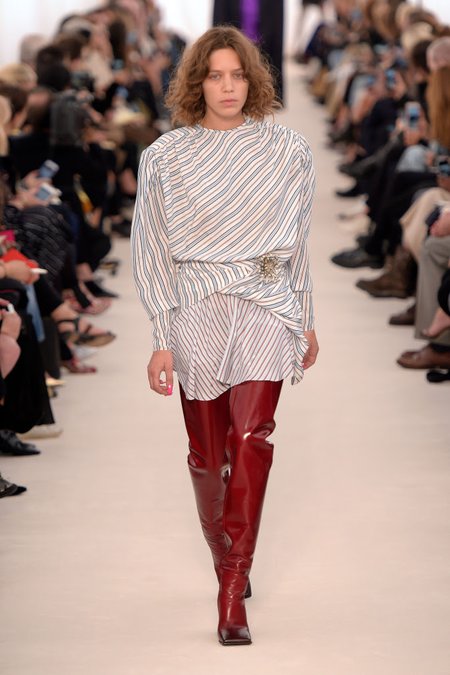 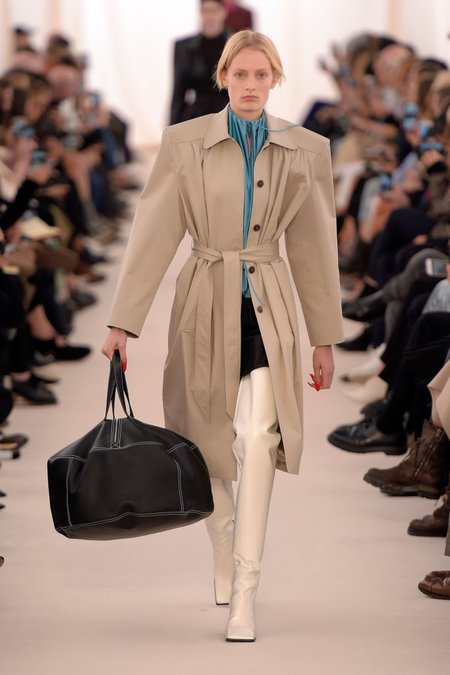 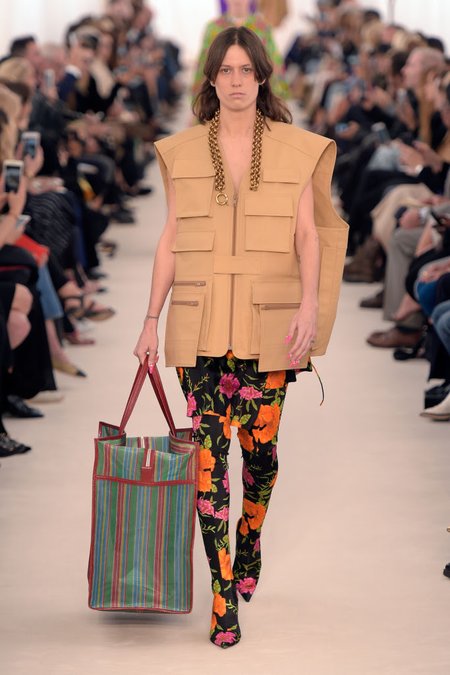 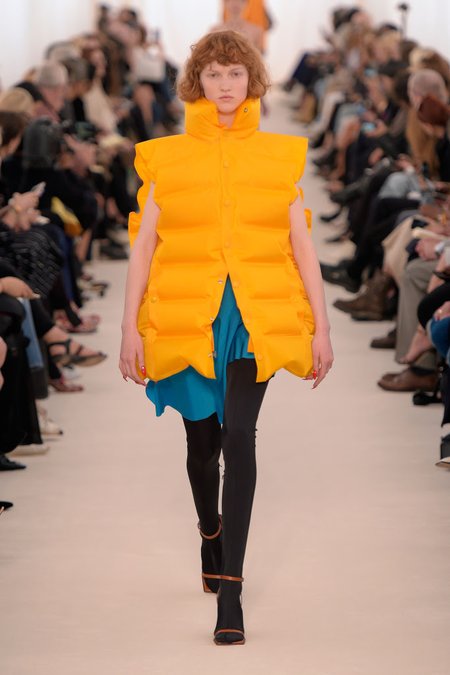