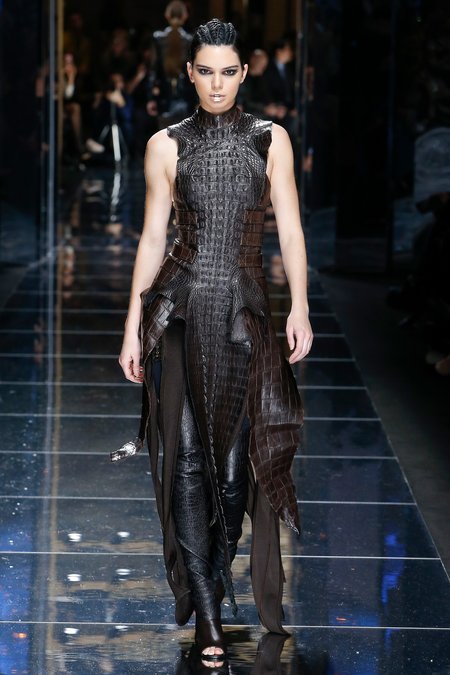 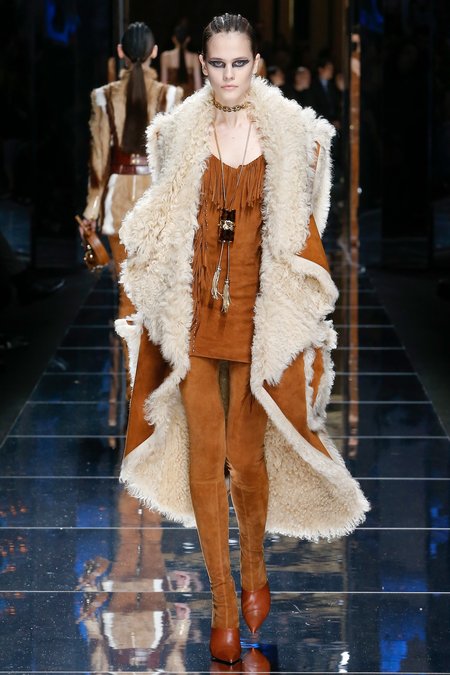 Call it Balmain's aggressive animal parade. Designer Olivier Rousteing used the wild animal kingdom as inspiration for a remarkable fall show. Much in the spirit of Gaultier Haute Couture, each model evoked a different creature prowling the runway in tribal-inspired silhouettes. It was a veritable high-fashion zoo.

Snake, crocodile, zebra, tiger, antelope, wolf, bird, horse and sheep were all represented — totems conjured either literally in the material or in the imagery of the looks. Inspired by his blossoming men’s collection, Rousteing learned to loosen up, if not exactly lighten up: these were clothes embellished and embroidered to within an inch of their lives. Some models were clad head-to-toe in leathers and croc or snakeskins, while others sported angry animal motifs that growled at guests. These women were warriors or huntresses, wrapped proudly in the prey they vanquished.

Kendall Jenner wore a leather bodice that resembled armor with an asymmetric, feathered tribal skirt, her hair pulled back in severe braids with harsh black eye makeup. She reappeared in full black crocodile. It was mesmerizing. 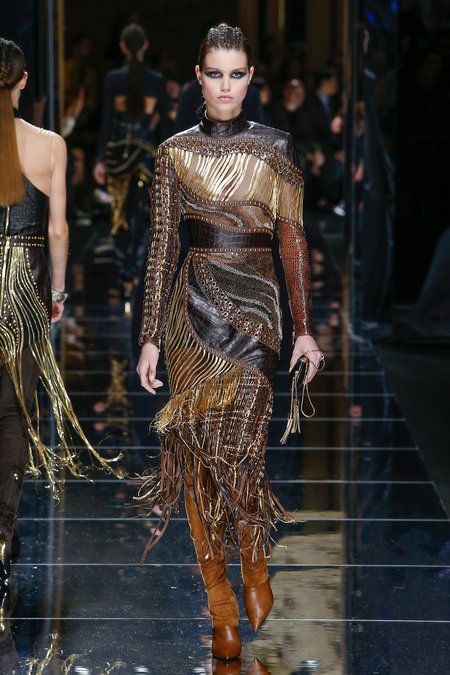 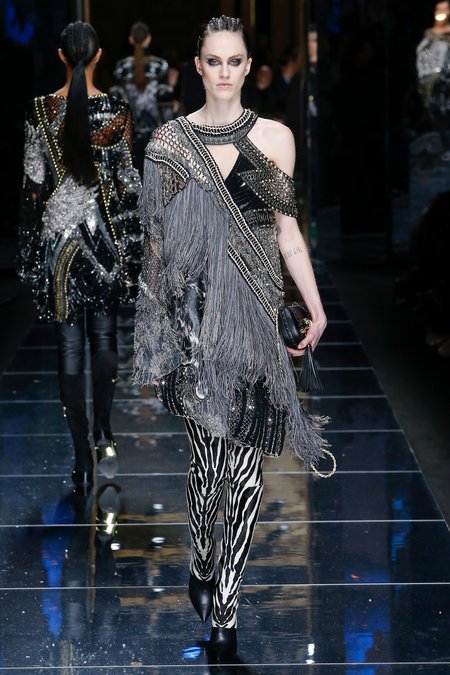 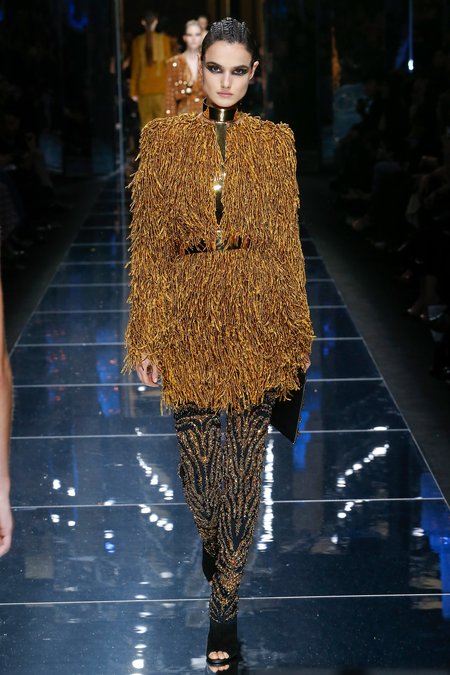 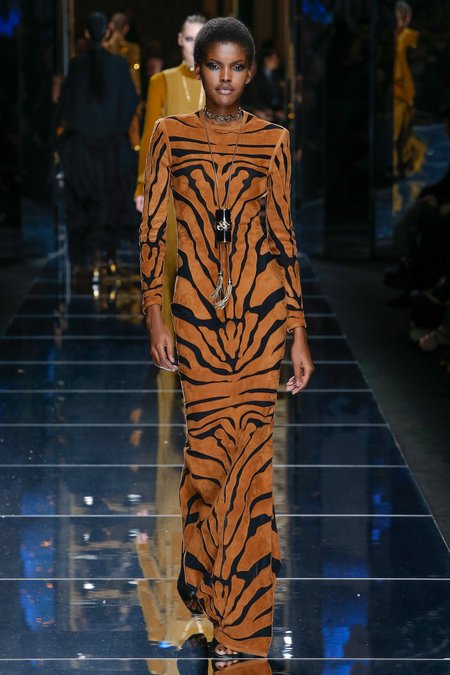 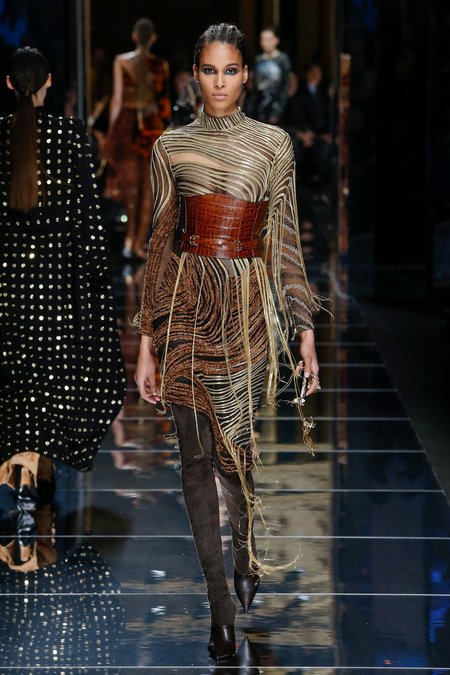 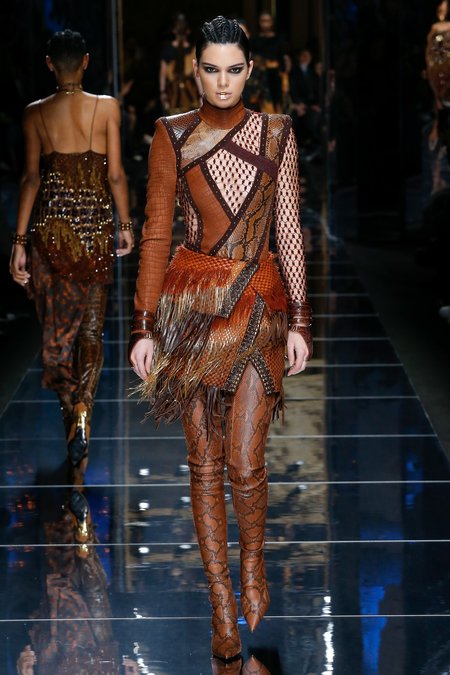