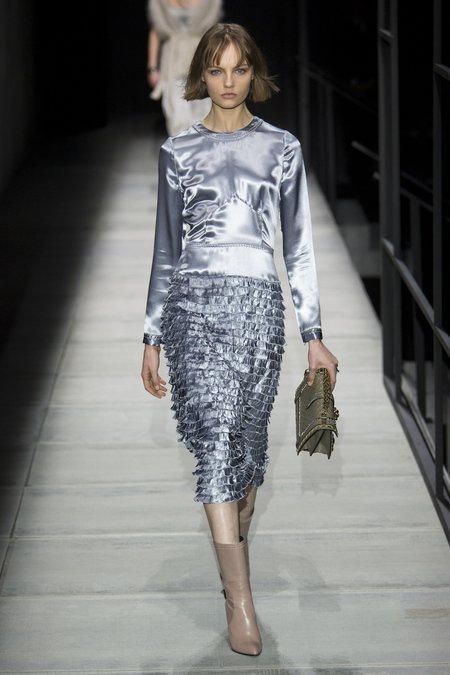 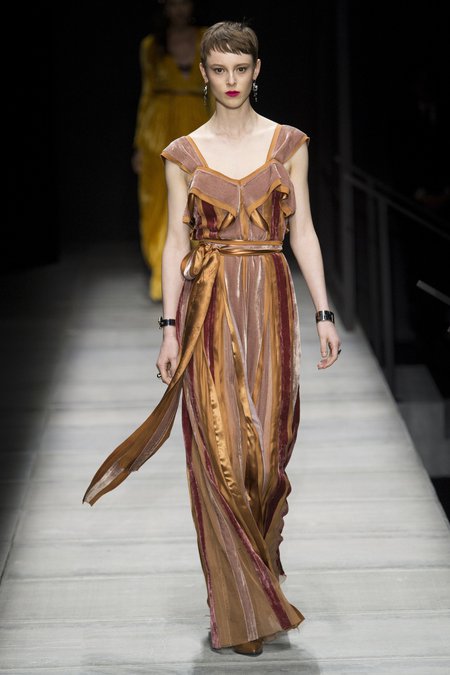 With the likes of Priyanka Chopra and Salma Hayek-Pinault gracing the front row, Bottega Veneta designer Tomas Maier pulled out all the stops for his one-season ode to New York City... a tour de force show at the American Stock Exchange that was as grand as the city it was dedicated to.

A trio of multi-colored wool dresses were inspired by the grillwork found in New York City elevators while jewel tone silk pajamas epitomized the effortless cool aesthetic of the Big Apple. Breathtaking moments were aplenty as well, be it on Kaia Gerber or Gigi Hadid, the latter who closed the show in a dreamy ruffled black lace gown featuring a geometric design down the torso. And what a show set it was! Creating the ultimate dream apartment (complete with John Chamberlain sculpture on loan from Gagosian) as the heart of Maier's runway, models lounged on the Gio Ponti chairs following their walk -- in doing so, living the life of a true Bottega connoisseur. 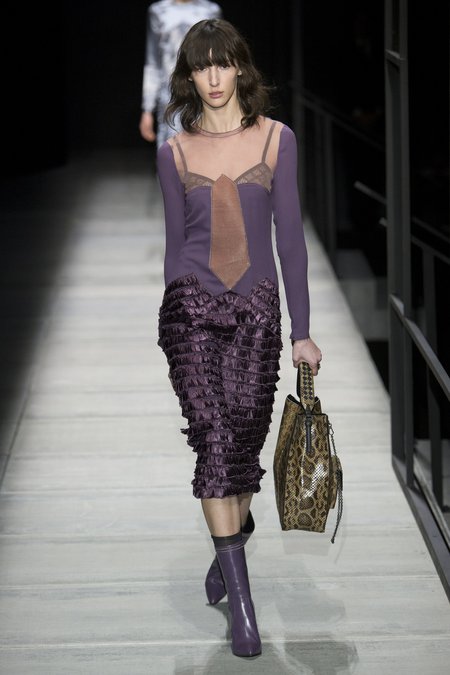 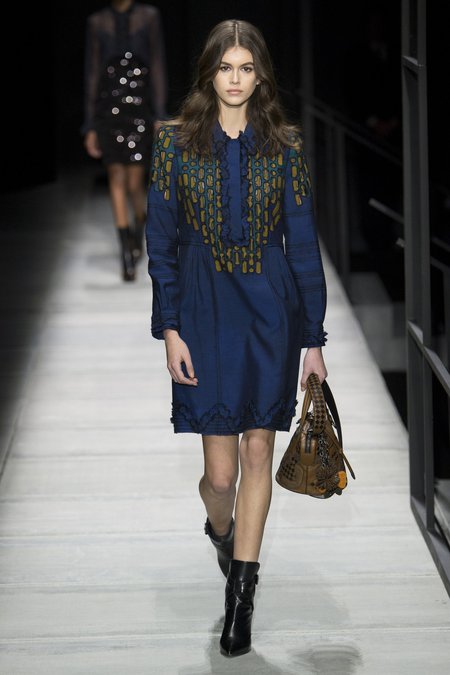 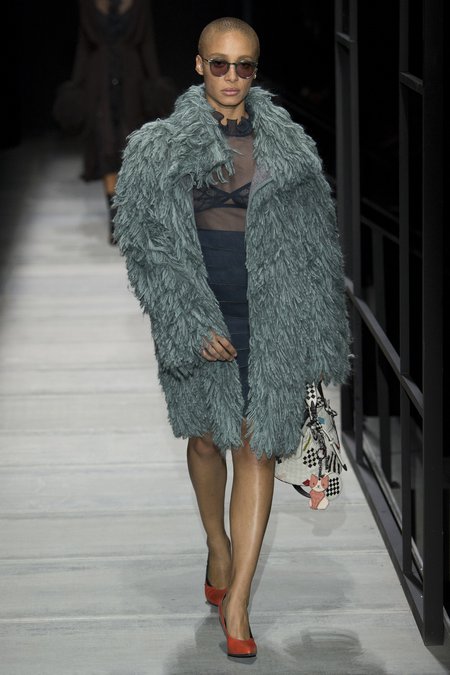 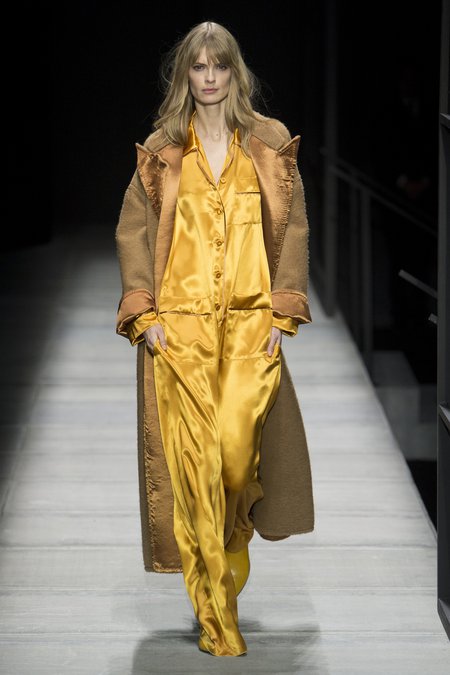 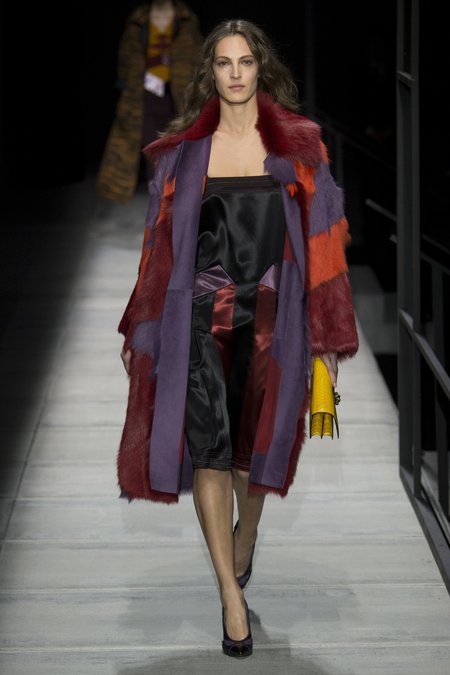