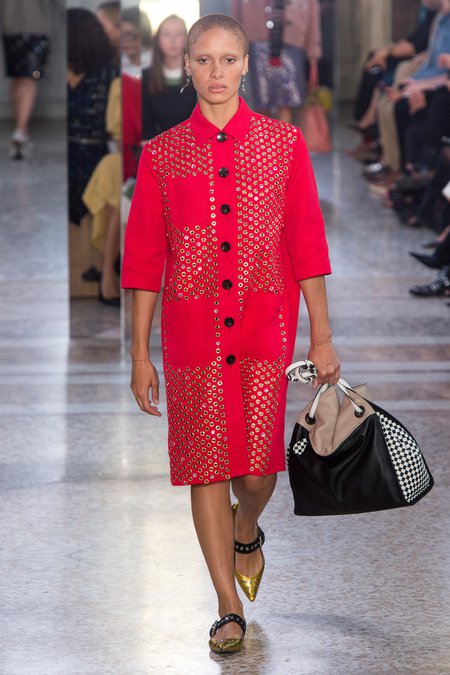 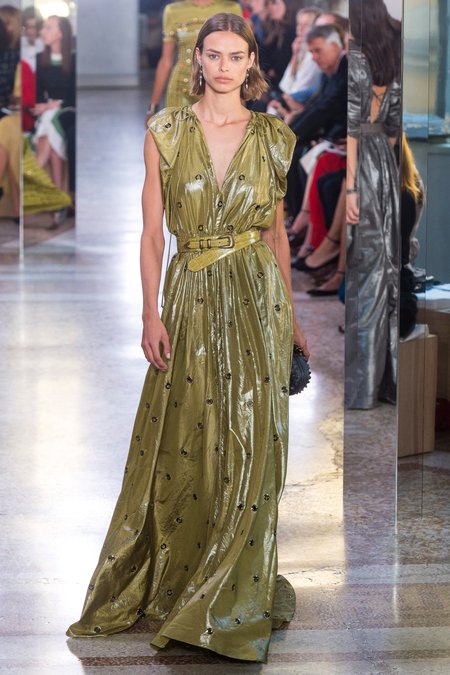 A decidedly youthful spirit blew into the Bottega Veneta show Saturday, not the least because of the hurricane of Generation Now supermodels that graced the runway: Gigi and Bella Hadid, Kaia Gerber and Kendall Jenner all helped the once-dusty brand make great strides in bridging heritage with newfound modernity under the watchful eye of Tomas Maier.

Indeed the collection bore the hallmarks of a youthful edge, with looks infused with metallic and beaded accents that gave a dose of added sparkle to an otherwise rich palette of rose, ocean-blue, lilac, moss and denim. The combined men's and women's show illustrated Maier's ability to marry his Bottega man and woman without sacrificing individualistic style.

There was Gigi rocking in a denim dress covered with silver eyelets and fringe, her sister, Bella, in a white version of the same silhouette. Kaia sported a satiny romper with a crisscross neck underneath an anorak while Kendall donned a seafoam green bodysuit under a trench. It was the edgiest Bottega has been in recent memory.

Utilitarian with an edge, their understated colors allowing the ease of which to mix and match, was not to be undermined by a series of intricate snakeskin patchwork pieces on jackets, belts, shoes and bags that brought to mind cathedral stained glass. Like his counterparts, Maier, too, brought up the notion of the current world tough times, using his colors and elevated comfort in his clothes to bring about happiness. 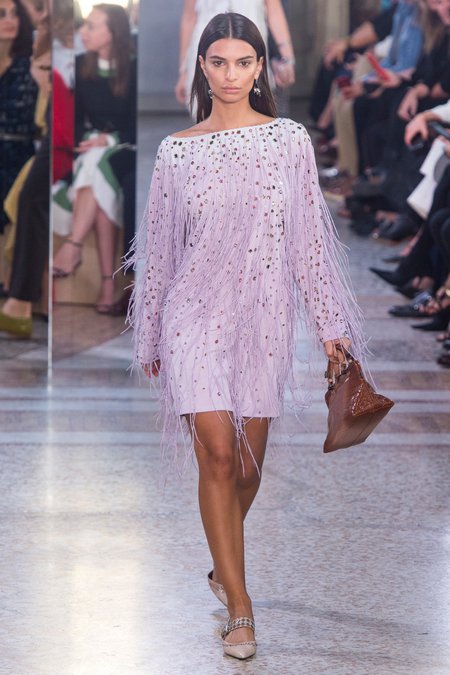 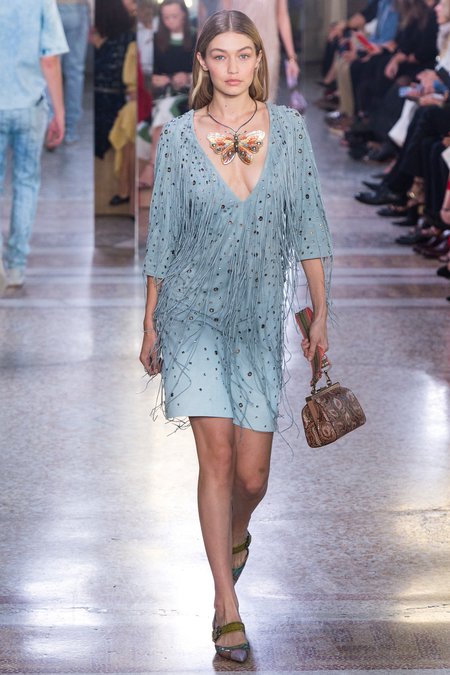 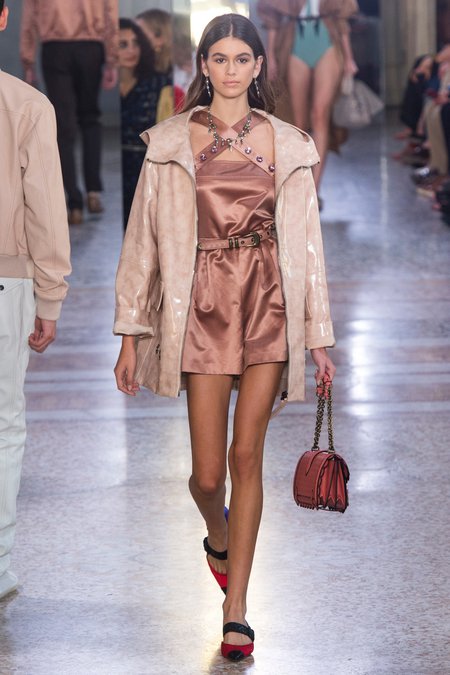 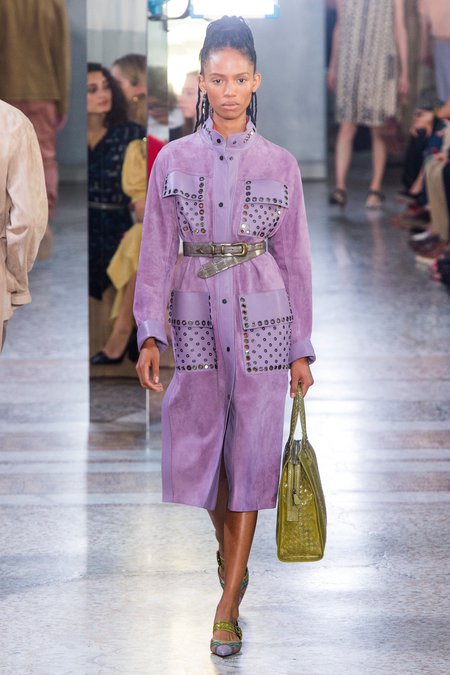 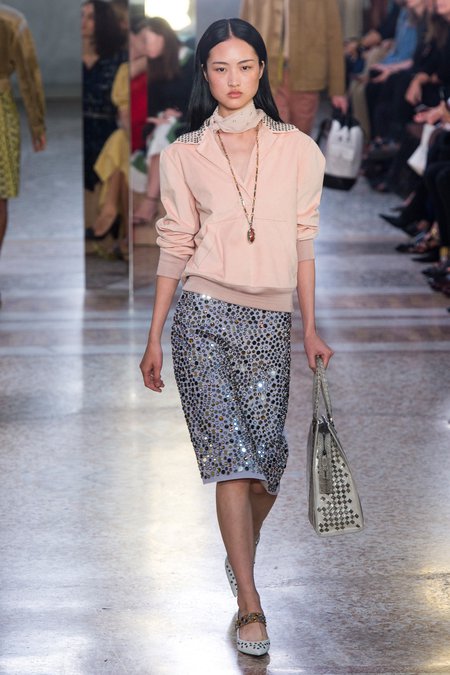 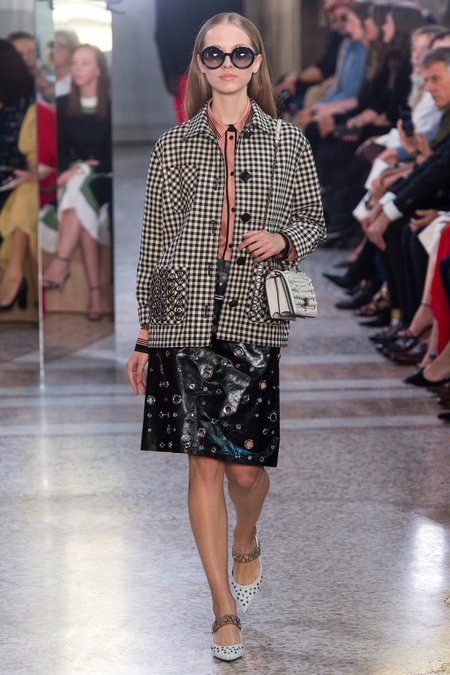