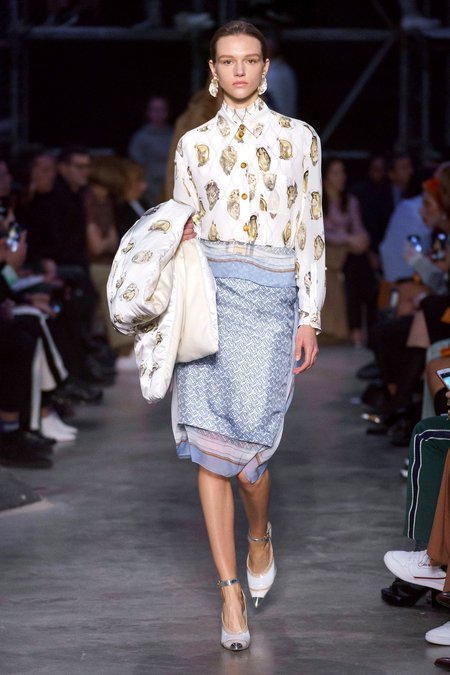 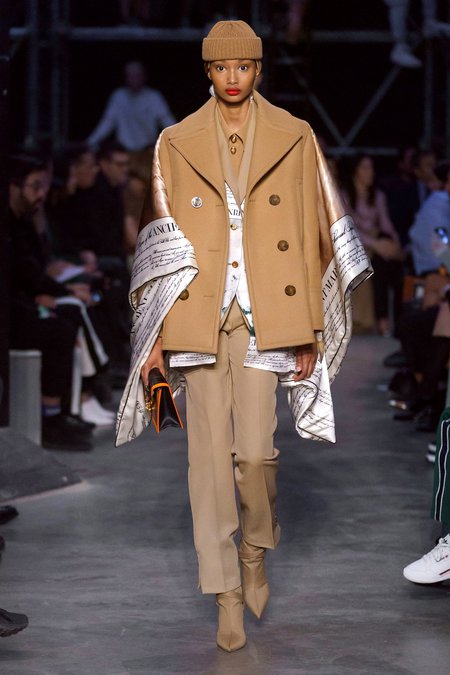 With 106 looks on the runway, it's safe to say Riccardo Tisci is bringing a thoroughly modern viewpoint as he continues to evolve the Burberry brand. A celebration of the very best of British heritage, the fall collection cast a wide net of aesthetic appeal -- just what the brand needs as it seeks to reinvigorate itself in the eyes of the all-important millennial set.

Titled "Tempest," the collection, according to show notes, was "inspired by the contrasts in British culture and weather, from the structured to the rebellious." To bring that message home, Tisci had the Tate Modern venue divided into two distinct sections to contrast luxury and grit: luxe wooden paneled seats in the former, a fence-lined industrial space with youths climbing scaffolding for the latter.

Streetwear dominated the start of the show, its reference to 90's youth, grunge and hip hop perhaps a nod to Tisci's time spent at Central Saint Martins. Sweatsuits, sneakers and sporty jersey dresses fast-paced themselves down the runway, followed by a decidedly more upscale and classic lineup starring the iconic Burberry trench. Grounding the show was a stellar lineup of model faces: Gigi Hadid, Natalia Vodianova, Stella Tennant and longtime muse Mariacarla Boscono.

Textures were a key hallmark of this collection: puffer jackets, fringing, pleats, feathers and plenty of faux fur. And while the liberal use of red and gold projected a regal aura, the "Burberry beige" reigned supreme. As tough and strong as they were, Tisci managed to infuse a soft and feminine touch throughout. Shades of camel, fawn, taupe, nude and caramel prevailed throughout, with Tisci's skill at tailoring turning otherwise "normal" pieces into sculpted pieces of ready-to-wear art perfect for day to night. 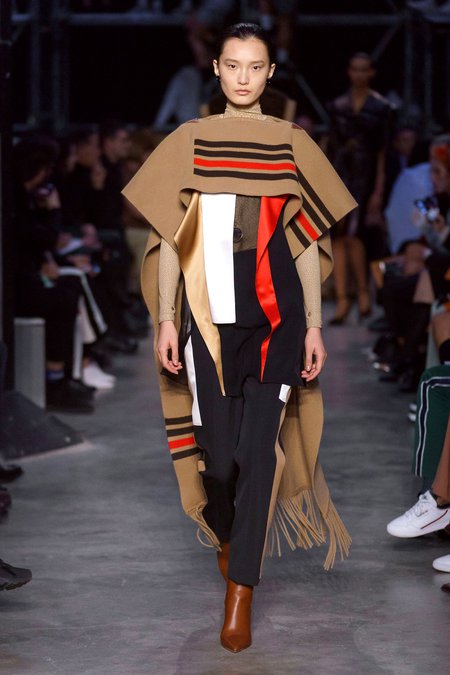 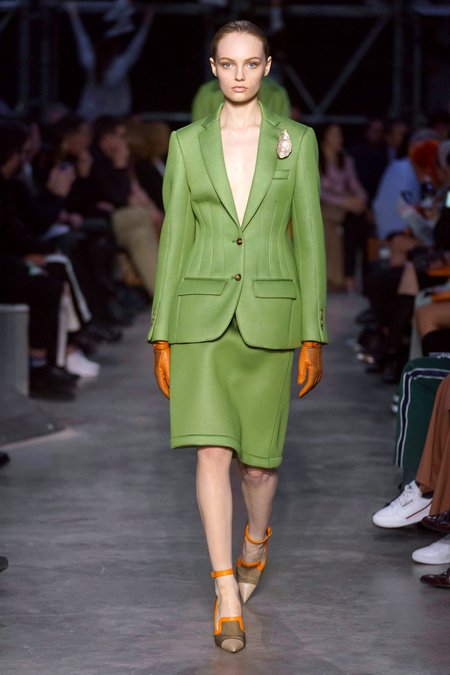 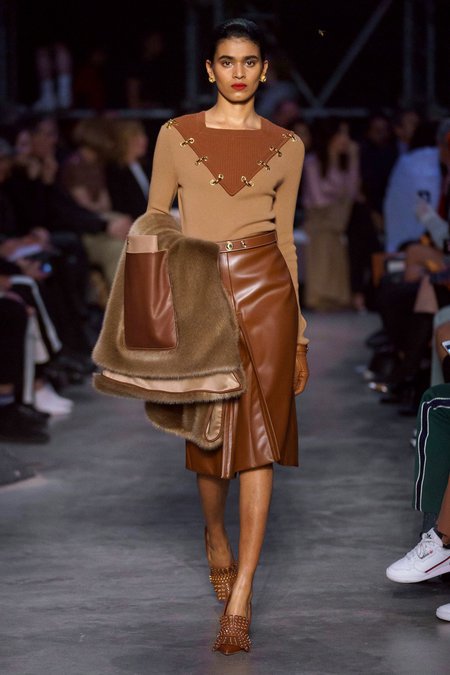 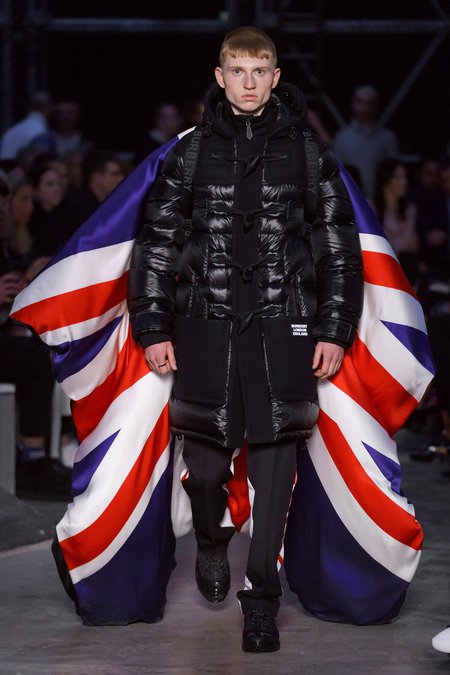 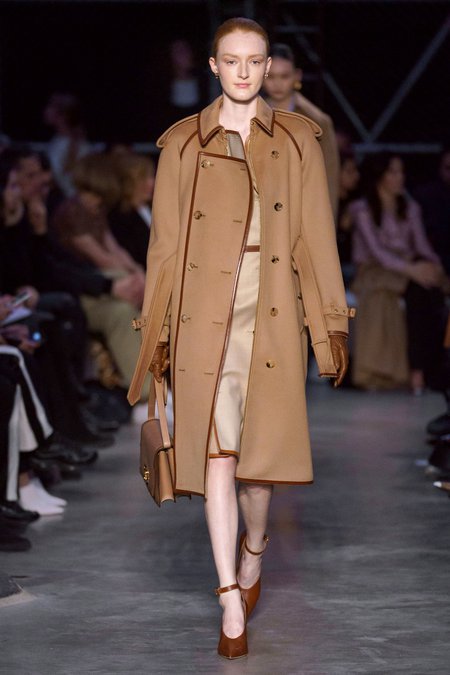 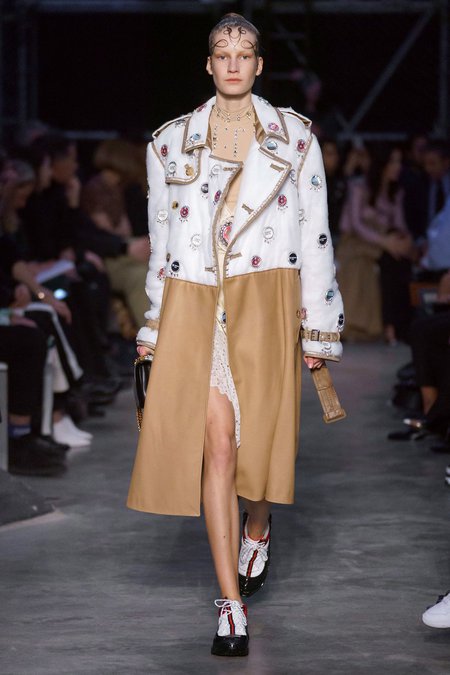 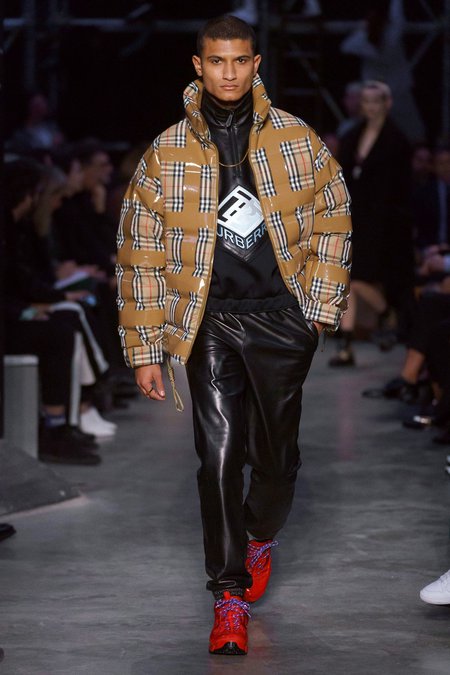 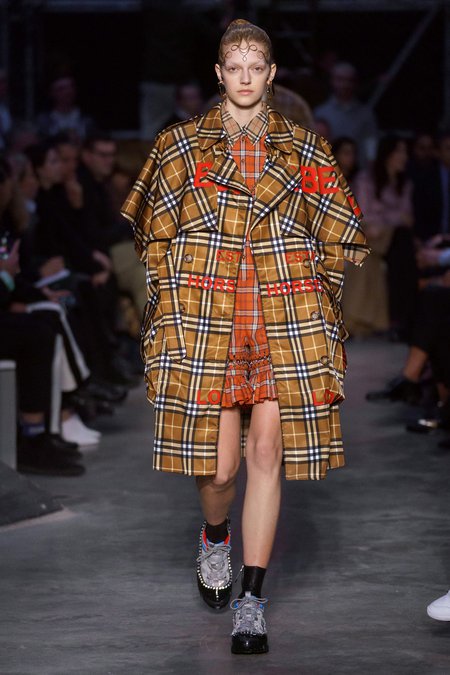 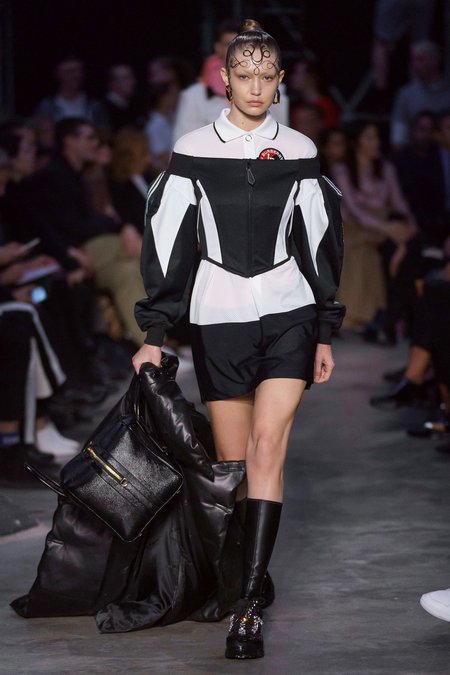 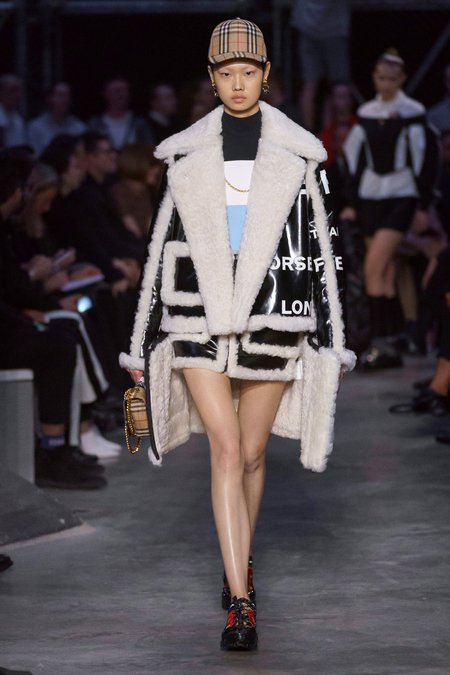