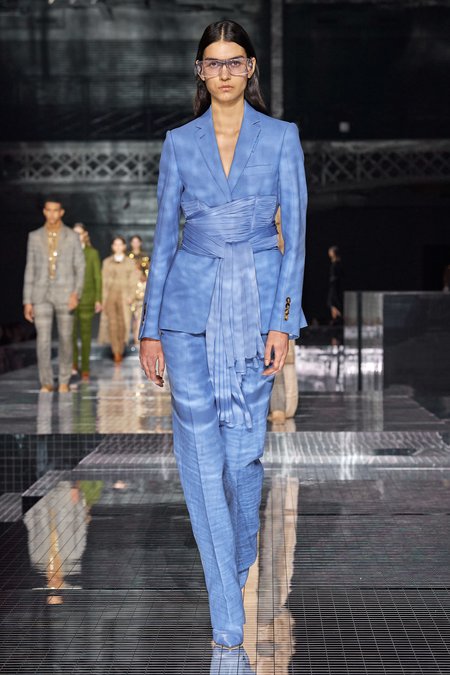 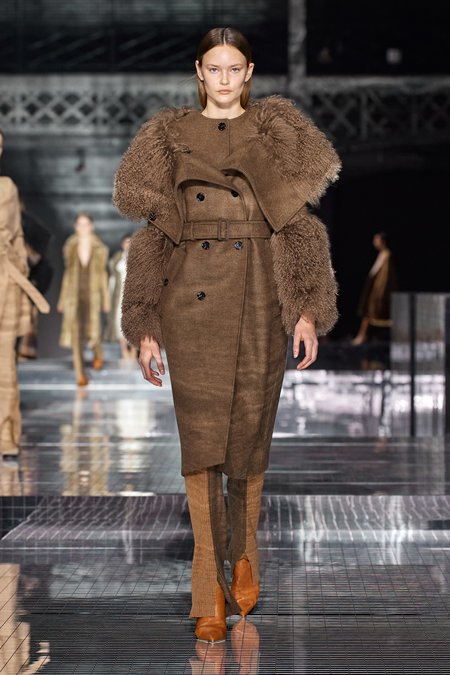 Held at Kensington Olympia and entitled "Memories," Riccardo Tisci's Fall 2020 Burberry collection -- a 107-look behemoth -- was lifted straight from the Italian designer's own childhood memories coupled with more recent ones reaped through his worldly travels. On a runway boasting a raised staged covered in floor-to-ceiling mirrored tiles, pianists Katia and Marielle Labèque took the stage to play dramatic classic pieces.

"Moving back to London recently, a city I first discovered as a young student, gave me a real sense of nostalgia," Tisci said in his show notes. And while the collection, which was broken down in a series of moods, was chiefly iconic, it was thoroughly modern to boot. Much like has been the trend in menswear, Tisci's most sublime looks were those of beautifully-executed suits that were showcased in between a preppy-heavy ensemble of plaids and polos, remixed and re-cut in sophisticated ways. Needless to say, beige checks and trench coats, many deconstructed, abound. Thomas Burberry would be proud. 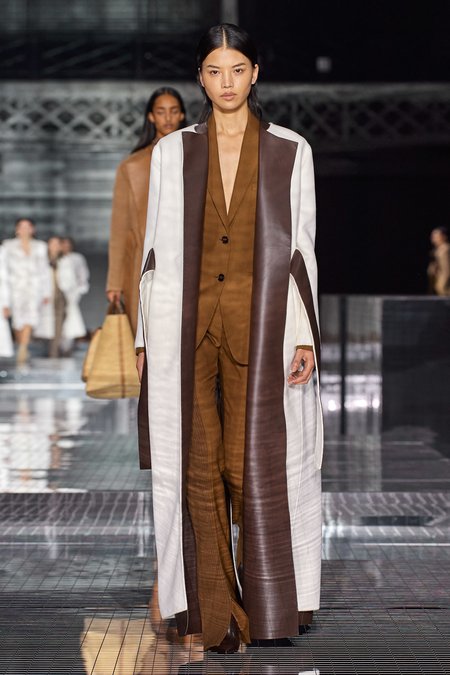 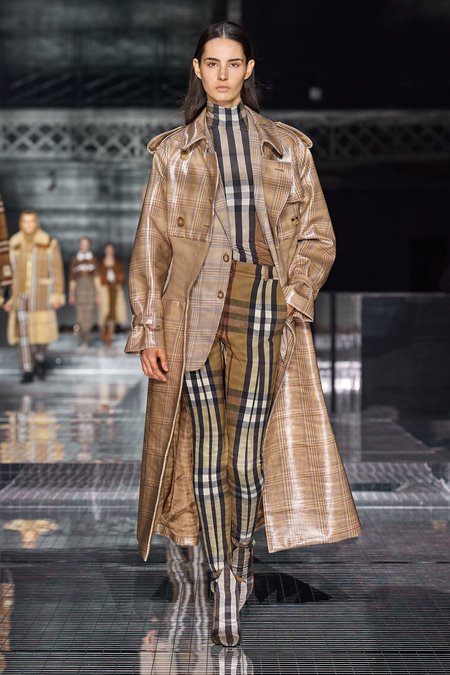 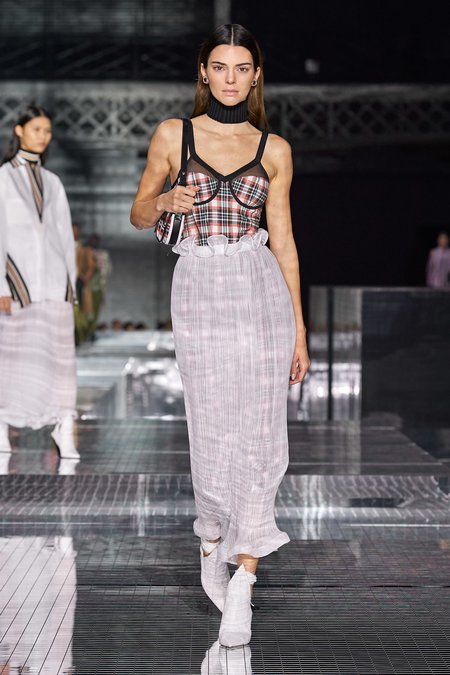 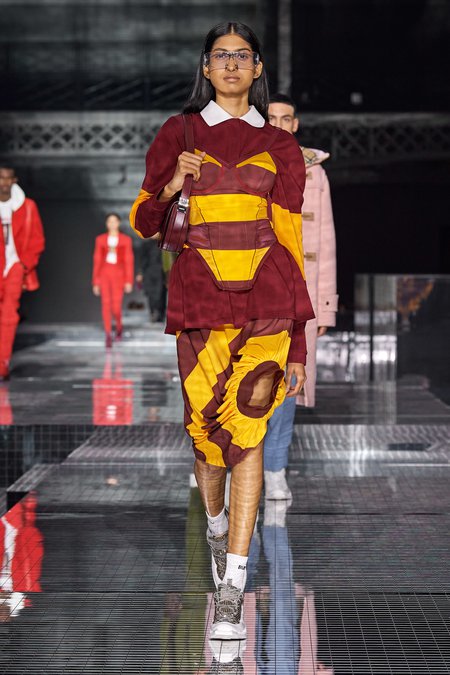 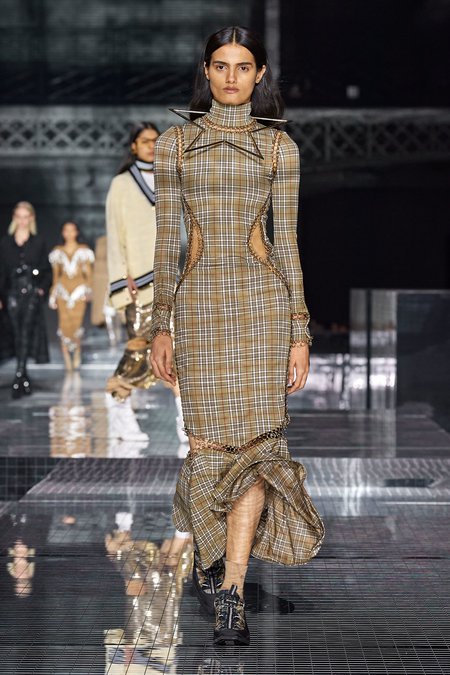 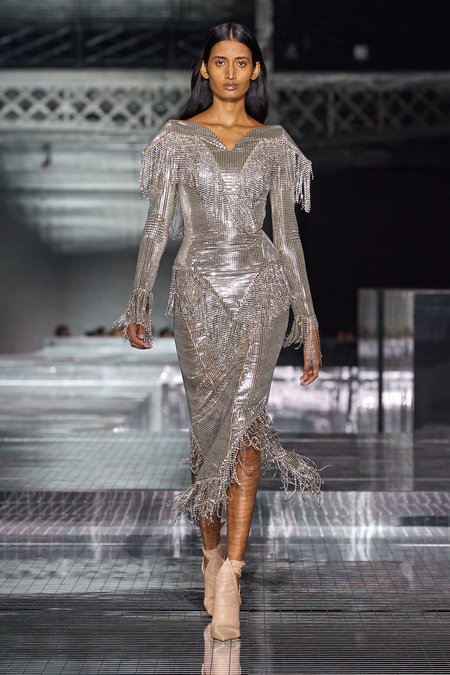