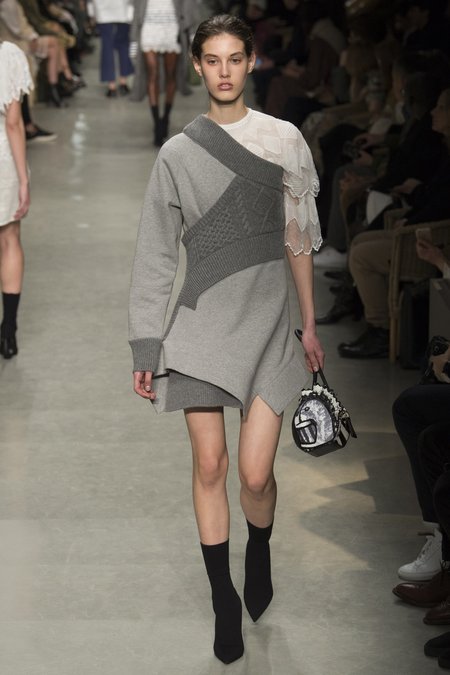 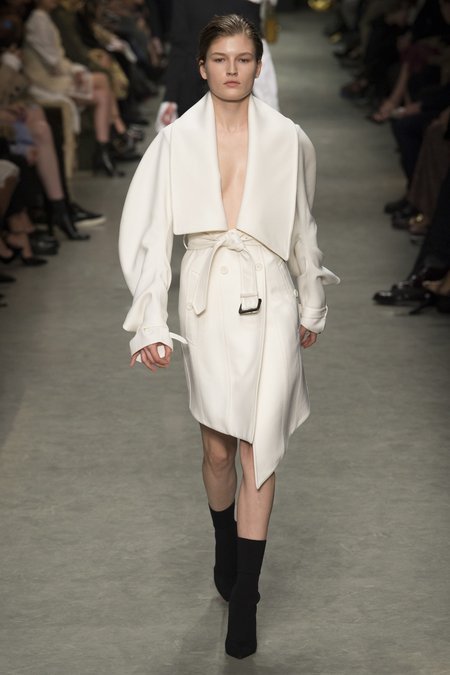 With pocket-size pieces of stone serving as his show invite, Christopher Bailey delivered a subtle nod to British sculptor Henry Moore, who inspired the collection. For the second see-now-buy-now Burberry collection, shown against Moore’s monolithic feminine forms, Bailey delivered a radically different collection—one that marked a noted shift in proportions and left conservatism in the wind.

This Burberry collection was undoubtedly sexy—but not in an in-your-face kind of way. Once again, Bailey worked with plenty of texture and contrast—but in off-balance proportions that were conceptual to say the least. The classic military trench, for example, was rendered roomy, with exaggerated cuffs. The fabulous cable knits, meanwhile, were slashed to highlight a cold shoulder, while others were cropped high on the waist.

Bailey even reworked miniskirts in a street style savvy kind of way. The sweatshirt, layered over crisp striped shirting, lace shift dresses and blue workwear, also had a starring role: fronting major attitude, they highlighted the body from head to conceptual-heeled toe. Also notable was the almost exclusive use of a black, white and gray palette.

Bringing it back home, Bailey closed his show with a series of handmade capelets that were successively more exquisite than the next. The nandwrought embellishments—feathers! crystals! lace!—were dead on Elizabethan and of-so-poetic. 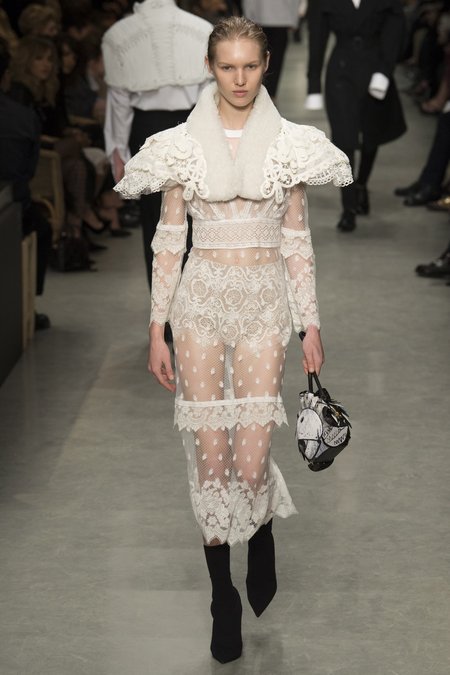 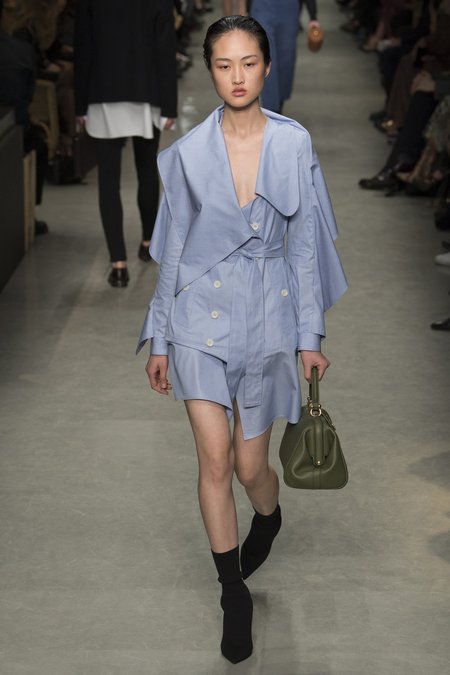 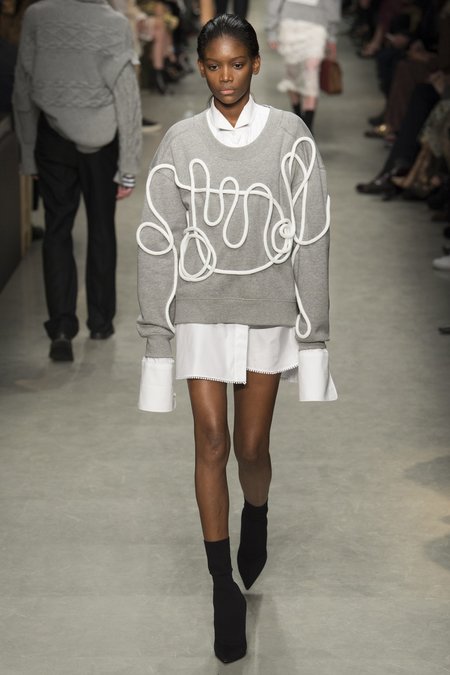 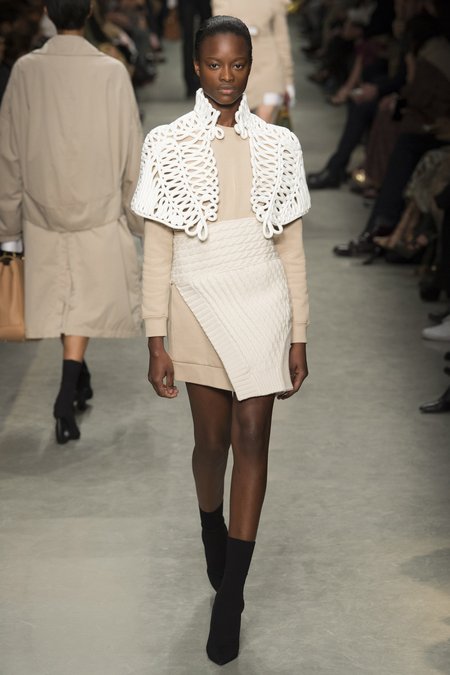 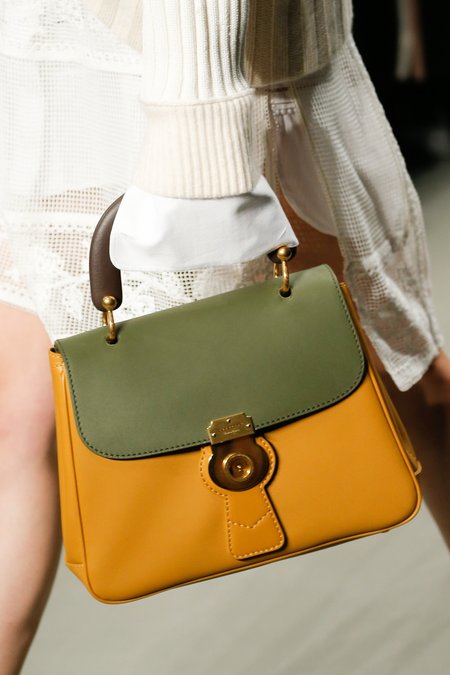 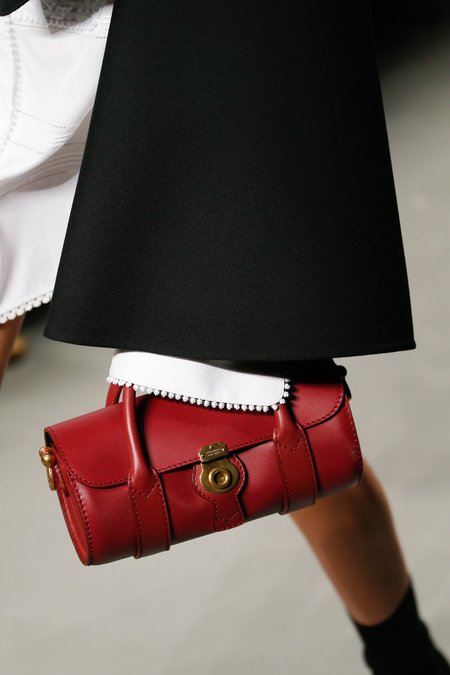 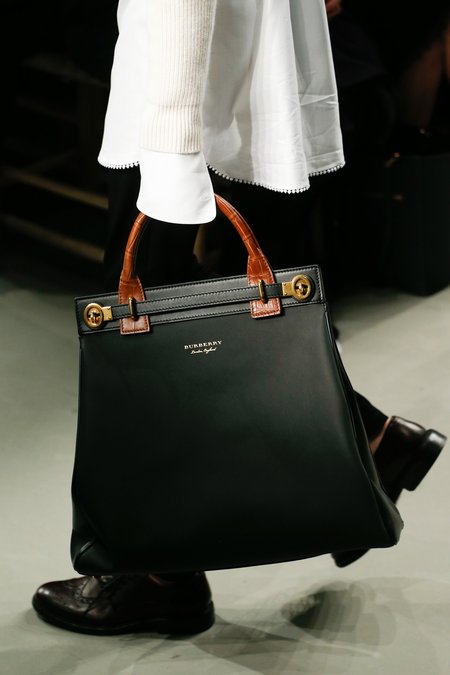 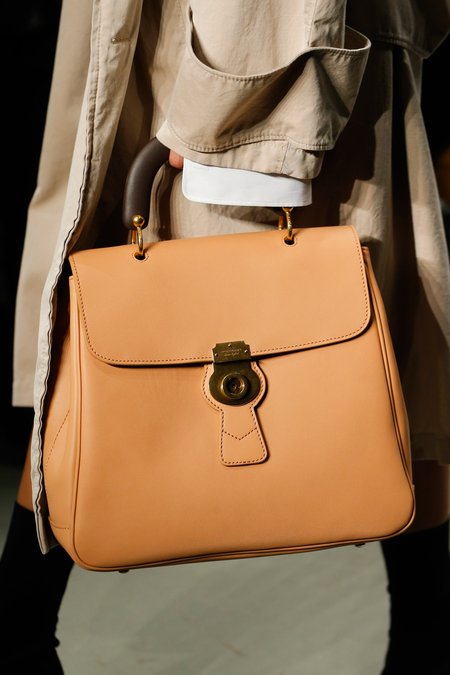 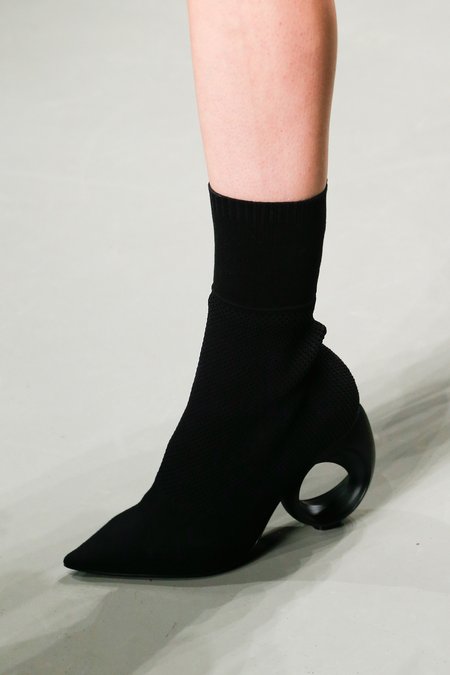 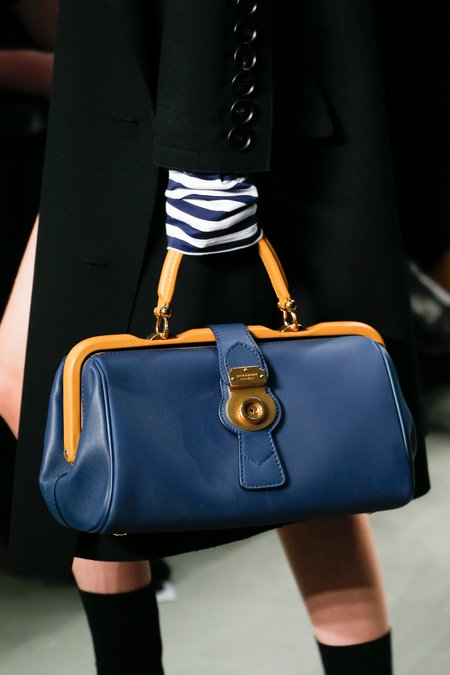 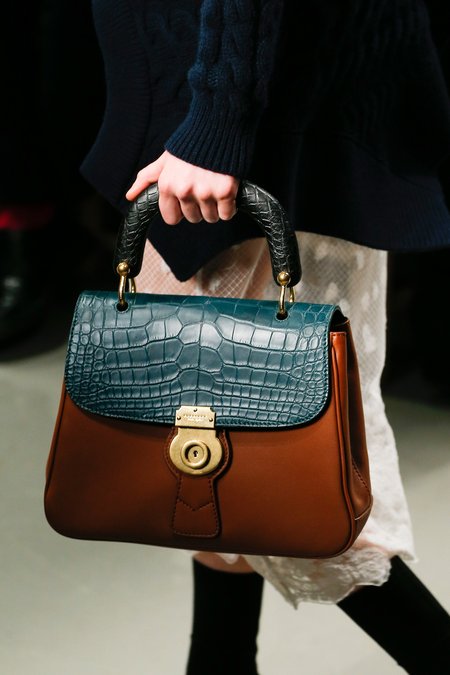