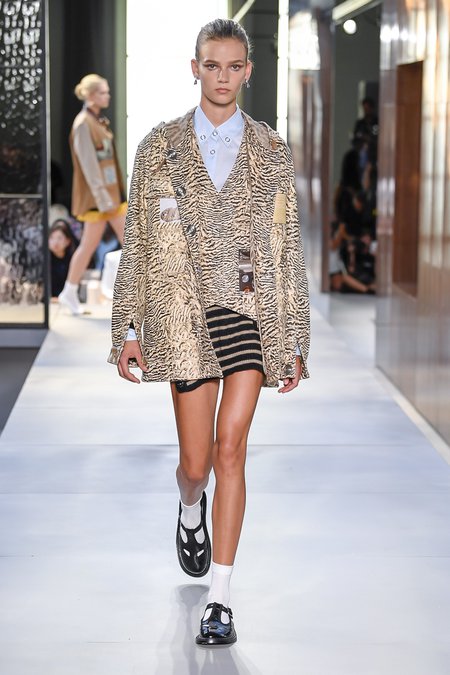 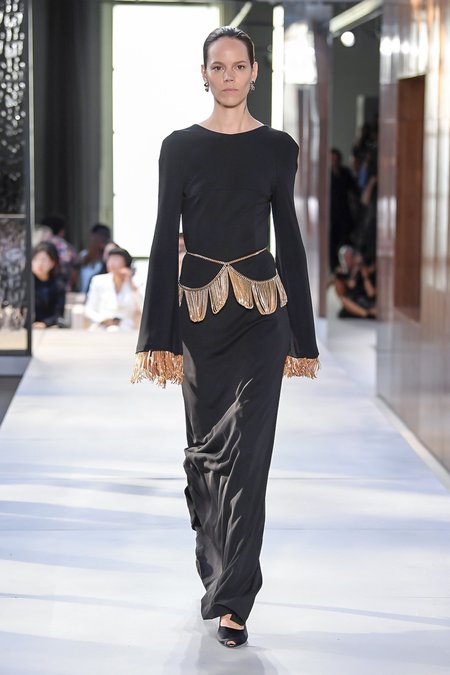 In one word: discreet. Riccardo Tisci's formal runway debut at Burberry eschewed all the pomp and circumstance that had become de rigueur during his Givenchy days. With the sun bathing the plush, all-black venue in south London, and a front row devoid of celebrities in favor of the all-important press and retailers, the 134-look show began on a relatively low-key note.

A pleasant soundtrack (translation: played at normal decibels) created by Massive Attack's Robert Del Naja complemented what was a vast collection with something for everyone. There were no references to Tisci's dark romance era; instead, this collection married street with luxury in both men's and women's wear -- all beautifully cast in approachable (and utterly romantic) shades of camel and rose. Tisci didn't necessarily push the envelope as much as he did tilt it in a new trajectory. Call it a calculated political move: satisfy all, keep the 8.9 billion pound behemoth brand marching forward.

In building lasting wardrobes for the entire family -- for every age, every culture, every lifestyle -- Tisci took an old world luxury approach. To wit, there was the soft leather pencil skirt, bevy of pleated print skirts, proper pussy bow blouses and jackets threaded and tied with silk scarves. That's not to say street-savvy pieces were left askew; lace slips featured deconstructed sleeves while a cool halter-top trench dress was paired with white socks and Mary-Jane flats. Tisci's favorite Bambi was splayed on shirts and trenches ("Why Did They Kill Bambi" said one) while snippets of Shakespeare appeared on T-shirts and jackets.

Tisci did a fabulous job reinterpreting the trench. He slimmed it down, cinched it with a thick leather corset belt and pierced its edges with gold hoops and studs. It was both innovative and just plain fun -- as were the oversized suits and animal-patterned separates. 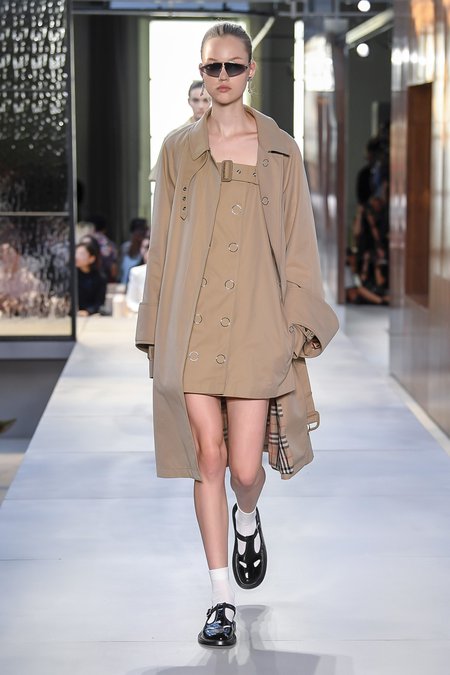 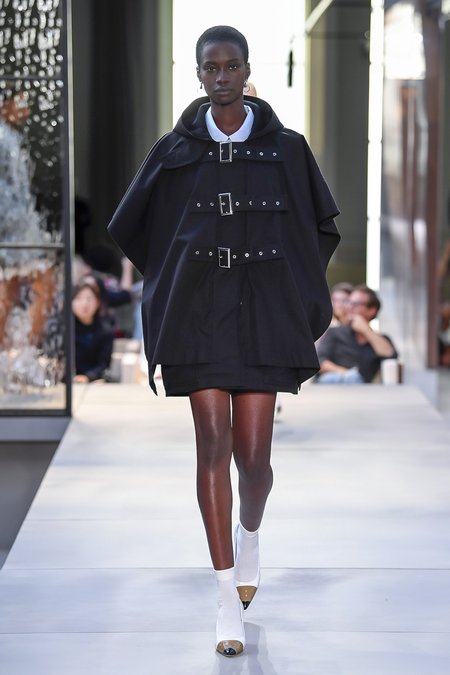 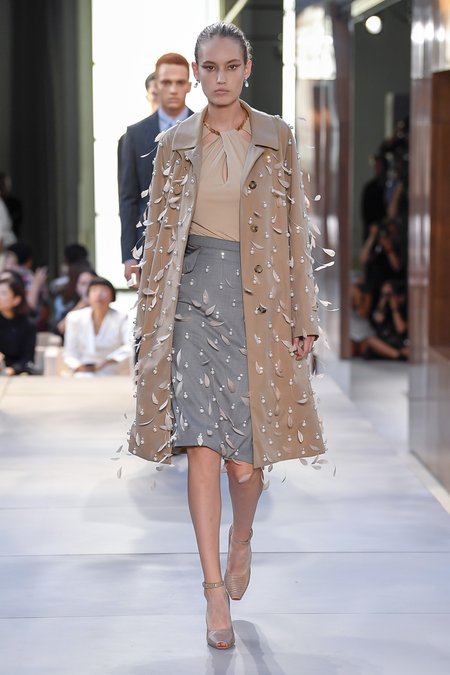 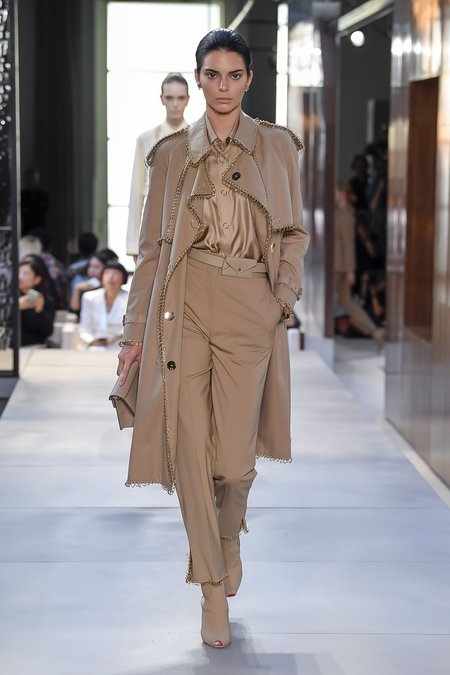 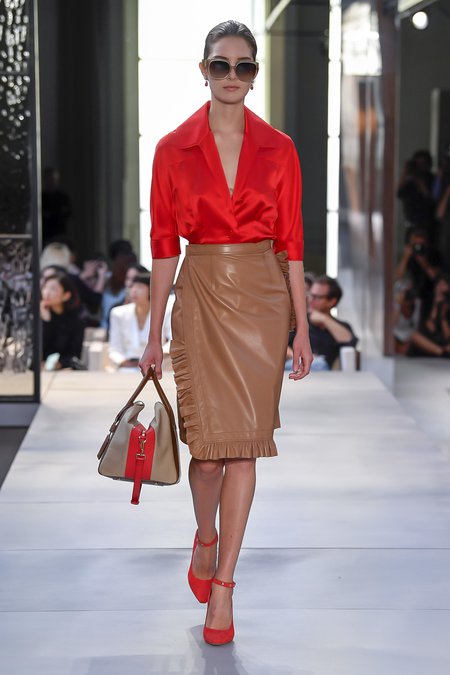 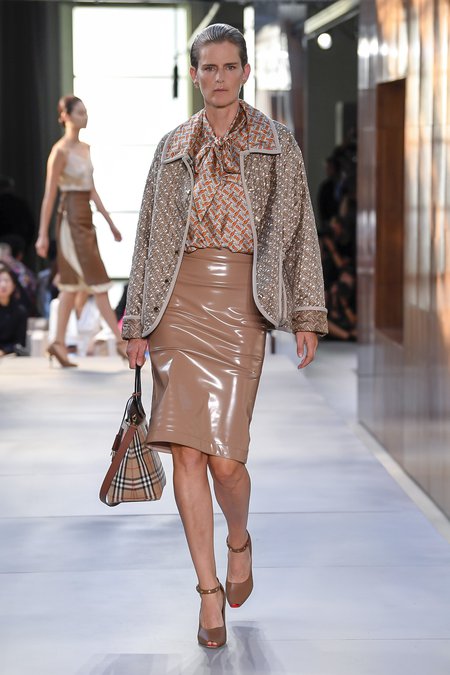 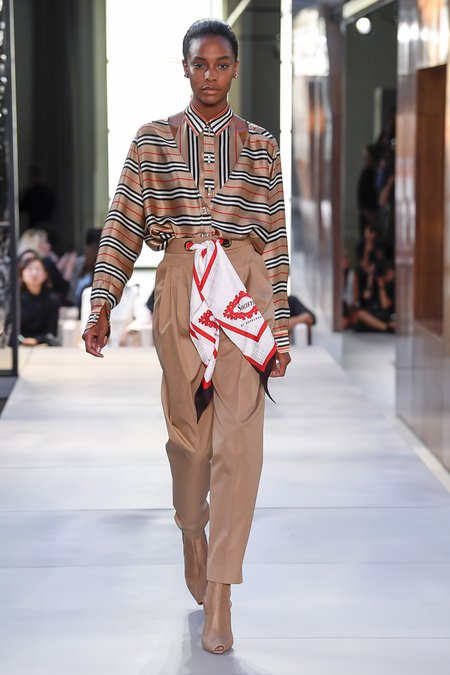 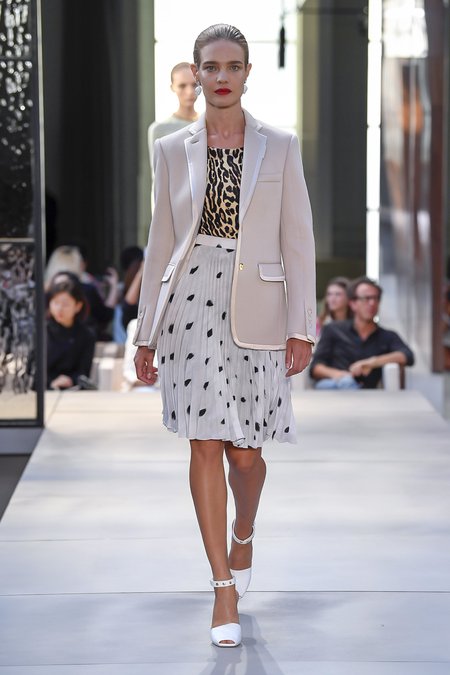 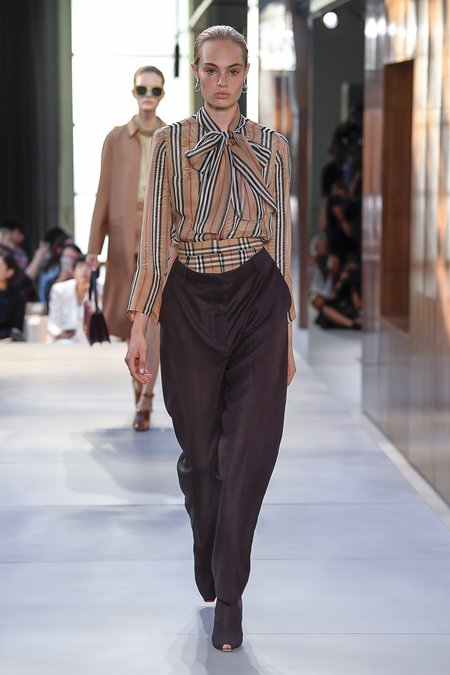 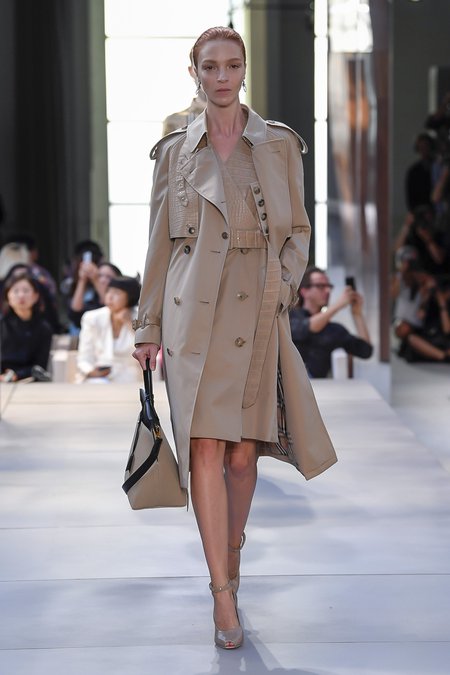