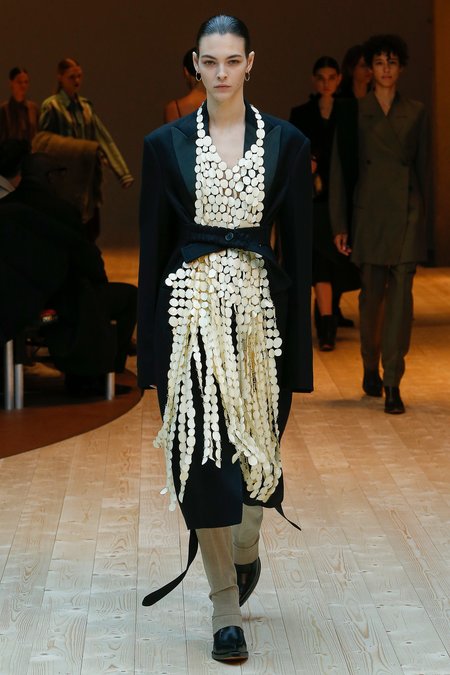 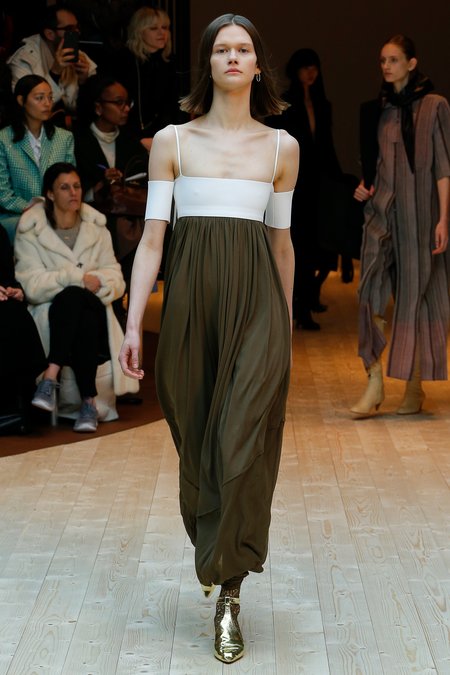 Honey, I shrunk the models. Phoebe Philo seemed to channeling that cinematic ethos with her proportion-play of a Céline show. With guests seated on revolving turntables as part of a new experiential set, it was almost easy to miss a look as the models came out in streams. But, as Philo would note, clothes are just that: clothes.

But back to the sizing extremes. A massive, white knee-length necklace accompanied a three-foot canary yellow handbag in one look, while a cape with billowing oversize sleeves followed a six-foot emerald green fringed blanket, alongside huge blown-up prints. Gone were the prim lady-bags of last season. Despite its dramatic overtones, the collection remained highly wearable.

Oversize tailored menswear jackets and no-nonsense black pantsuits made their appearance, fusing into beautifully gathered gowns with Empire-line busts and paired with Western boots. One of the best looks in navy, with this Napoleon-era silhouette, was given a sublime contemporary twist with exaggeratedly wide, long flappy shirt-cuffs. 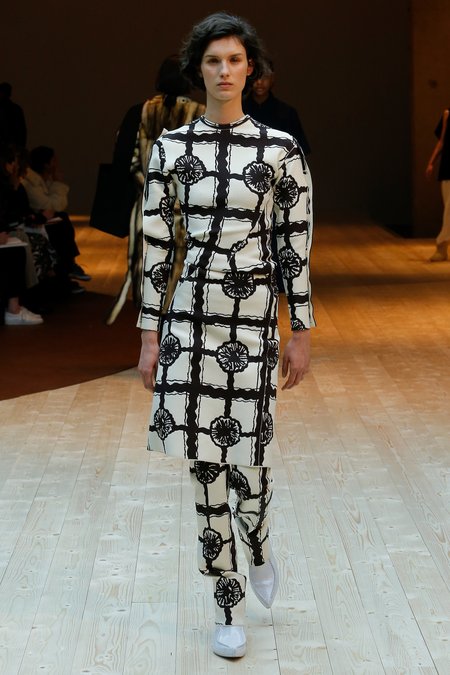 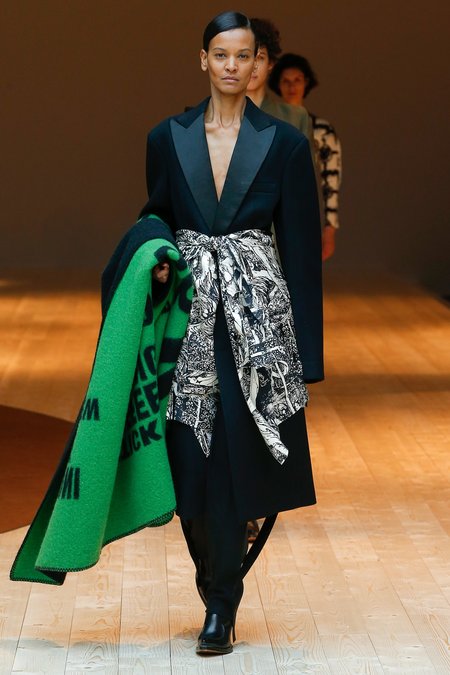 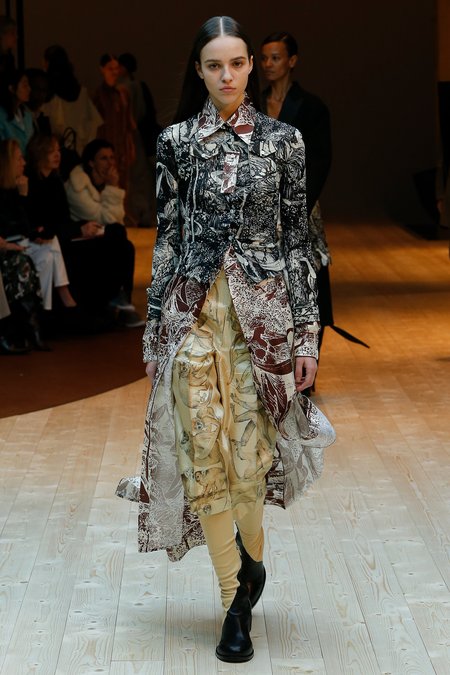 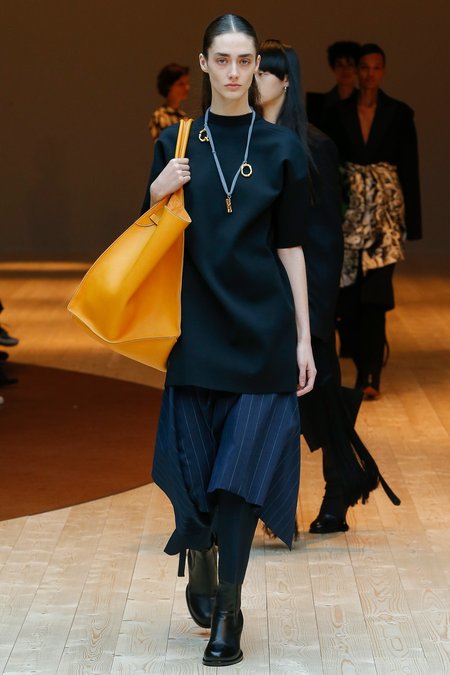 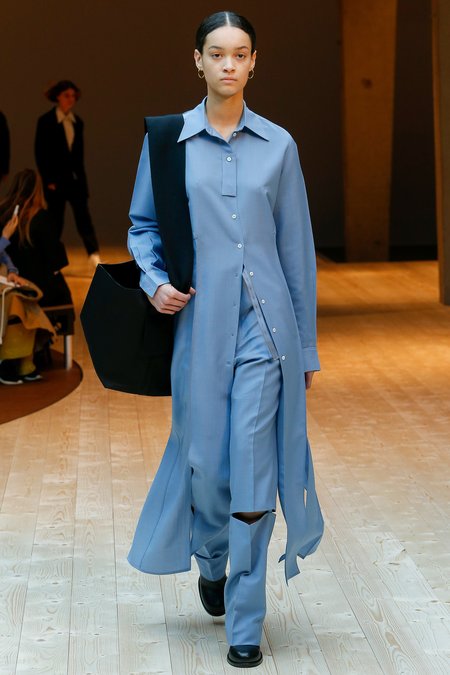 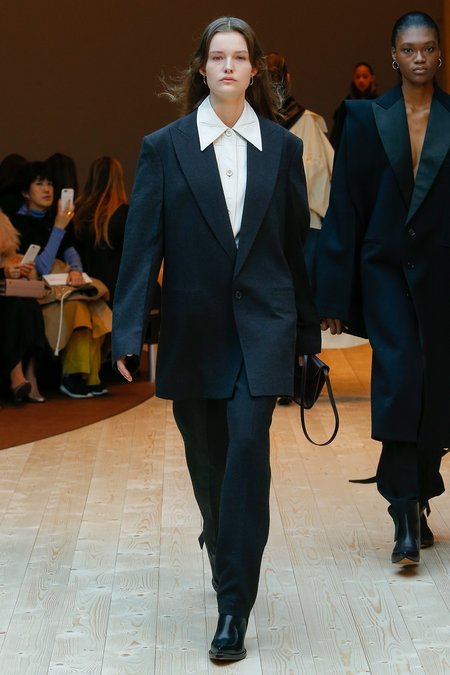