The power of the everyday. Ever the philosopher, Phoebe Philo set the pace of her spring Céline show via a pavilion from artist Dan Graham. The structure’s S-shaped, two-way glass design was both reflective and transparent—in many ways casting a spotlight on individual style.

“Social interaction, fantasy and life in general are the main driving forces in my work,” said Philo in her show notes. But even with the eye-altering display, Philo’s thoughtful garments and haphazard realness were rendered in fashionable forms, be in unexpected proportions—deconstruction was key—unusual colors and against-grain styling. To wit, an oversize white blazer was paired with matching pants worn over a floral top that spilled out from under the white pants. A group of backward shirtdresses, meanwhile, mimicked a men’s shirt on top with a drop-waist pleated skirt. Say what?

In essence, it wasn’t about luxuriating in life, but getting through it. From start to finish, the eccentric show delivered a masculine-centric collection that included discreet feminine touches. A pair of white dresses featured anatomical abstract blue paint strategically over the torso. Another featured raw edges and a corseted waist featuring black crochet alike to spider webs. For every draped and gathered jersey dress there was outerwear that appeared torn apart. 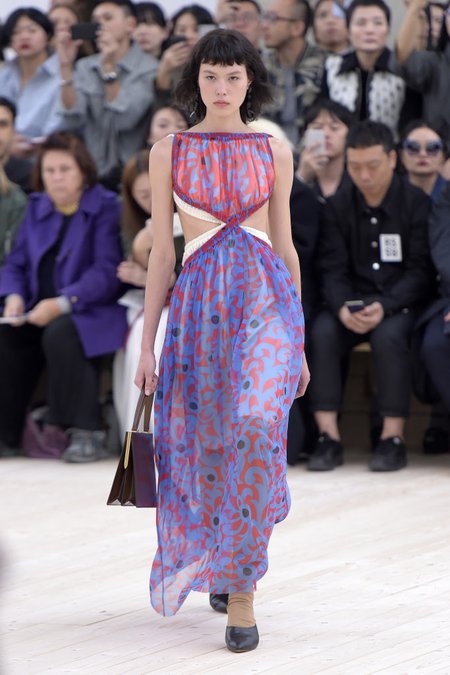 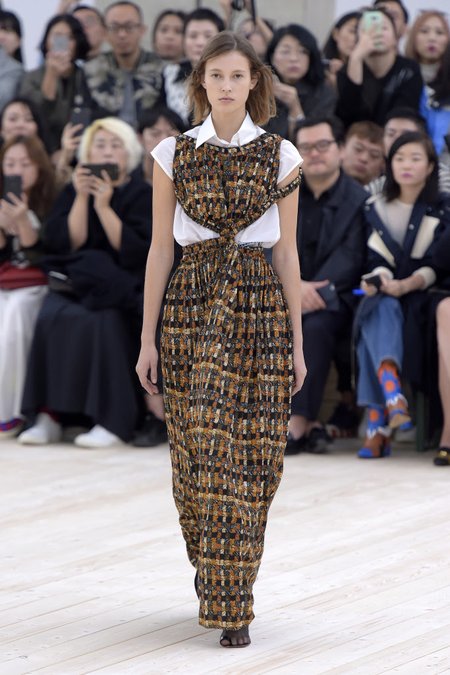 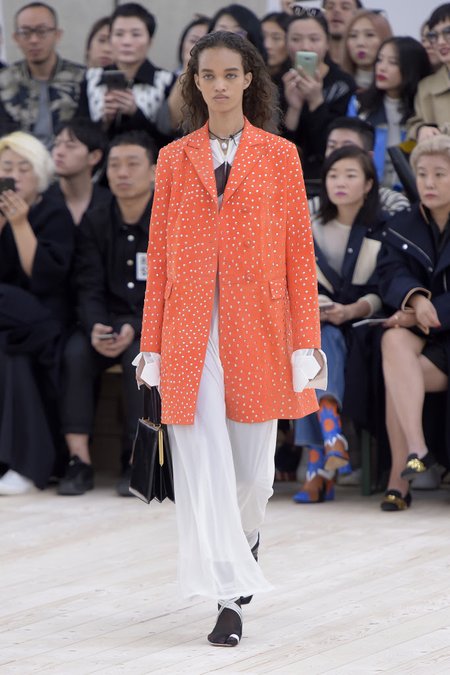 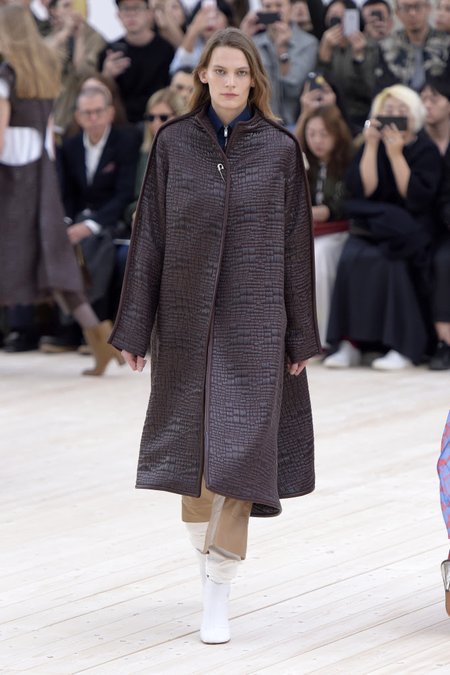 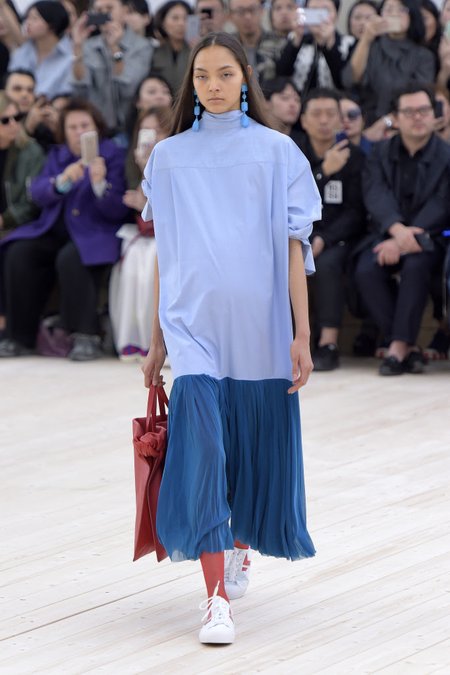 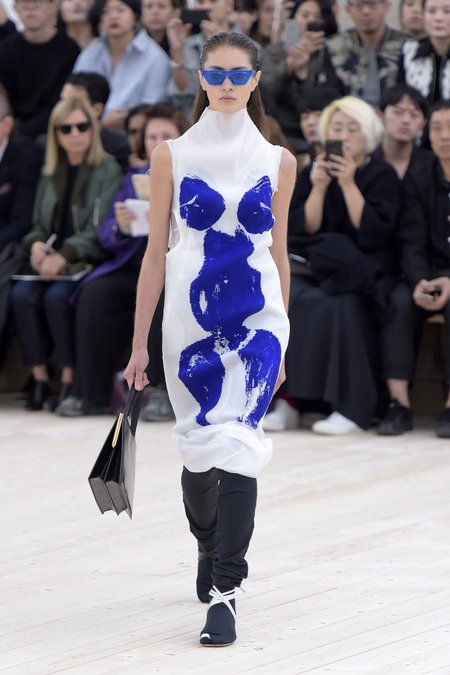 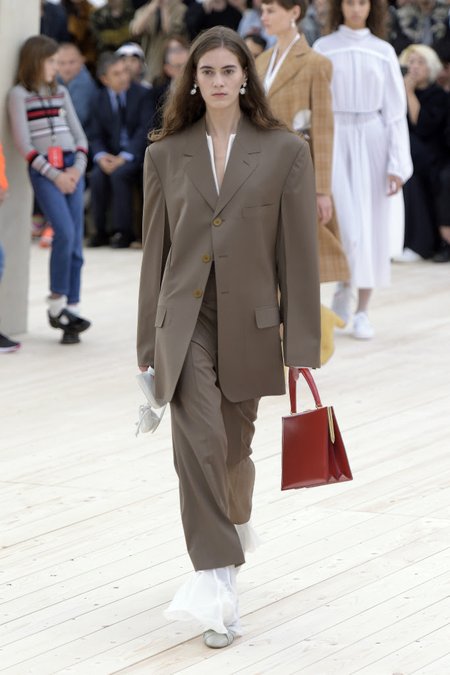 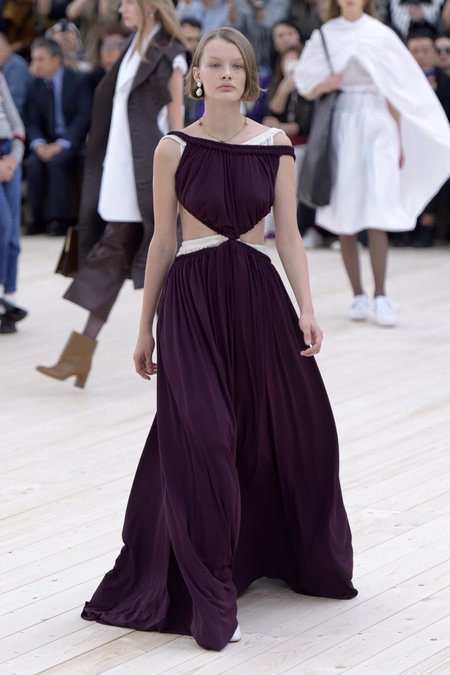