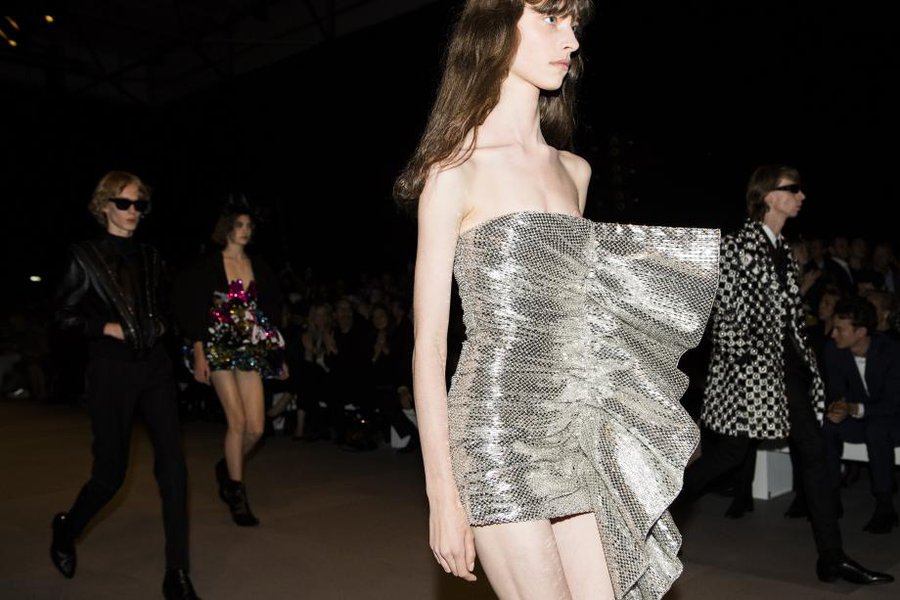 Easily the most anticipated show of the week, if not season, Hedi Slimane's debut at Celine (aka a post-Phoebe Philo era) was palpable -- to say the least. Two years after Slimane departed Saint Laurent, where he did wonders for the storied house (translation: profits, profits, profits), a new logo and a teaser of a brand new "16" bag on Lady Gaga, the runway was ripe for his debut.

Slimane showed his collection in a dark space at the Hotel des Invalides, a jagged mirrored wall revealed at the head of the runway to start the show. Models reflected in multiple cross sections of glass before emerging onto the catwalk. Slimane wasn't kidding when he said he would not "derogate from [his] style, from what made [him]."

Titled "Paris La Nuit," it almost seemed like Saint Laurent redux when two drummers from la Garde republicaine opened, and closed, the show. Slimane is synonymous with a rock 'n' roll, tapered aesthetic, and this was high not he agenda for his new Celine. There were influences to 1970s Cold Wave and mod culture, and the collection reflected that mood with its skinner-than-skinny suiting for men and after-after party wear for women.  Beyond the micro dresses, fur coats and cropped tuxedo jackets, Slimane has also added a couture atelier to Celine. The results were a fully hand embroidered dress, teddy jacket and kimono done in collaboration with Swiss-American artist Christian Marclay. The resulting sequined pieces, what with their colorful vintage-comic inspired embroidery, demonstrated Slimane's first step in cuing his new visual identity. 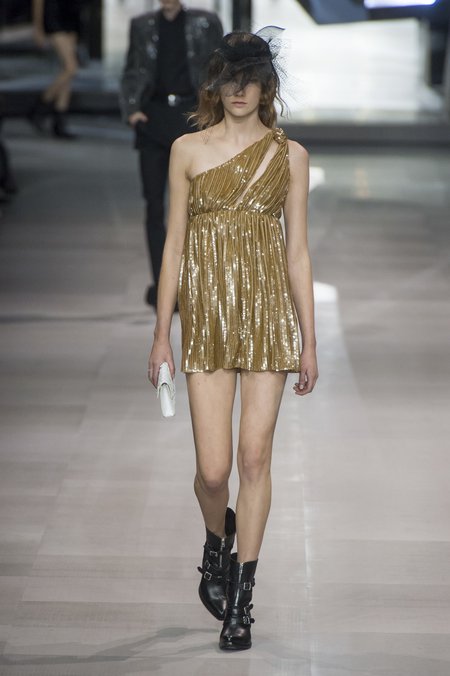 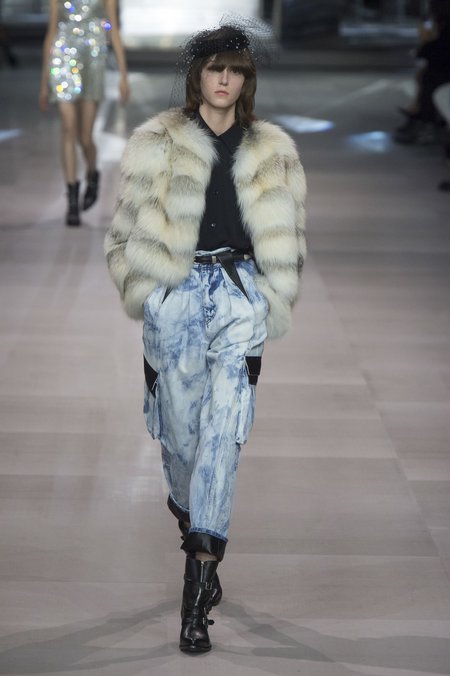 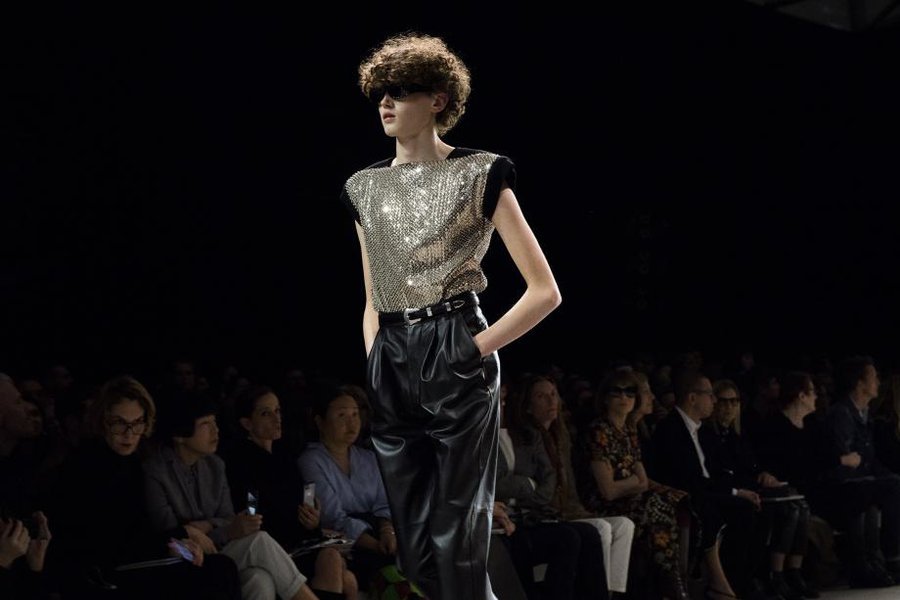 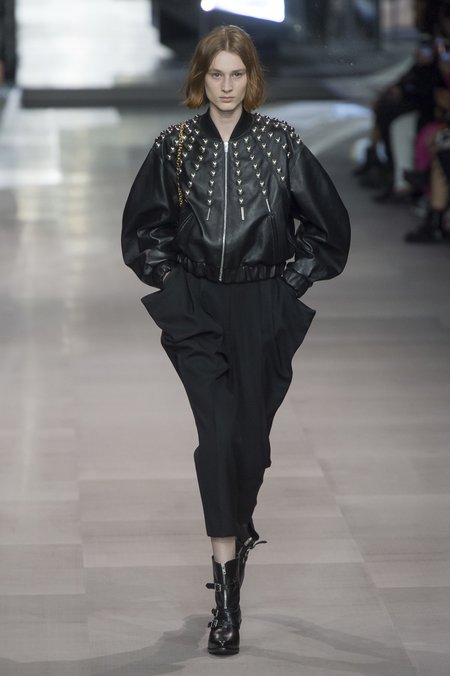 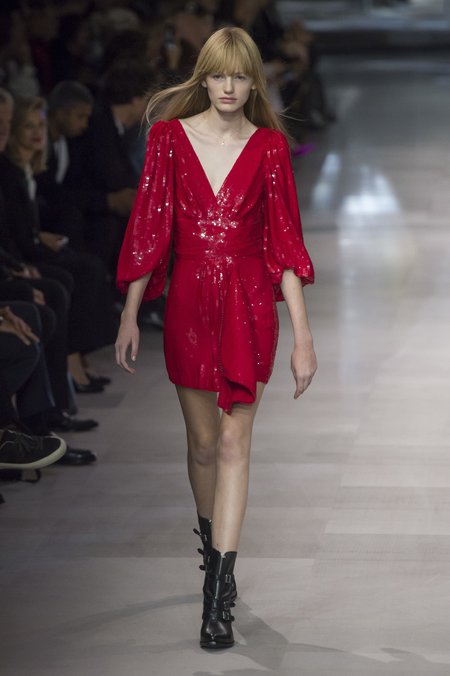 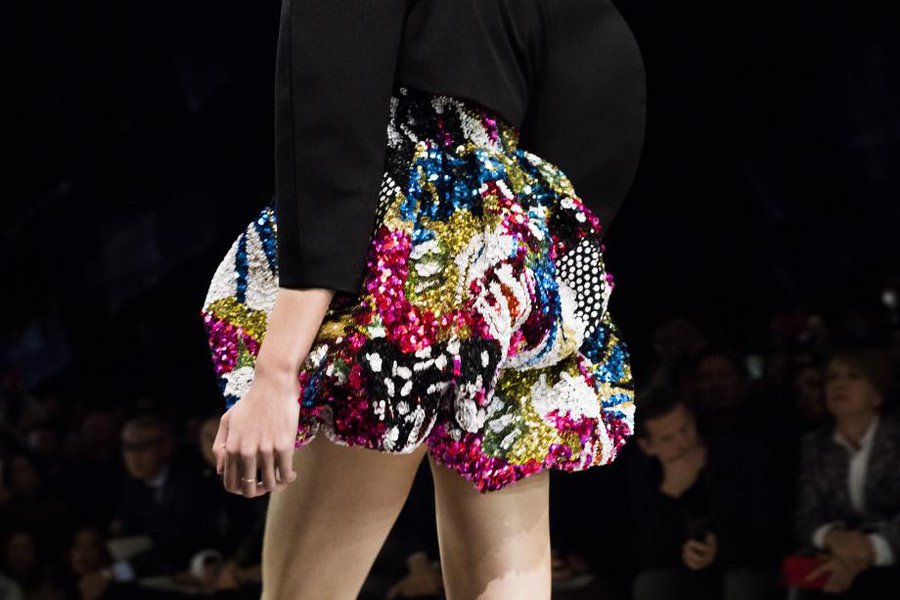 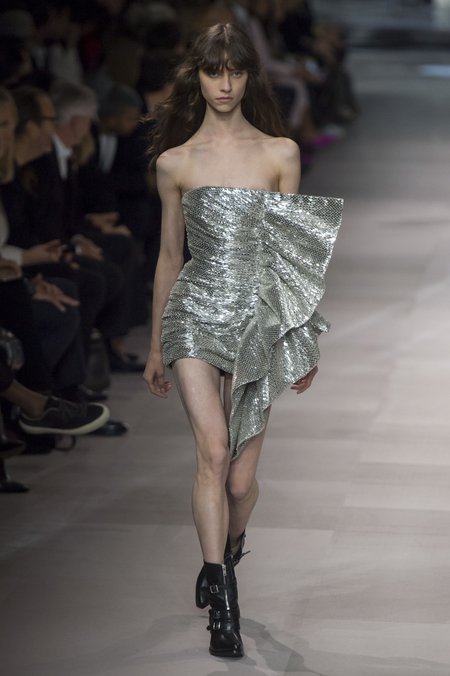 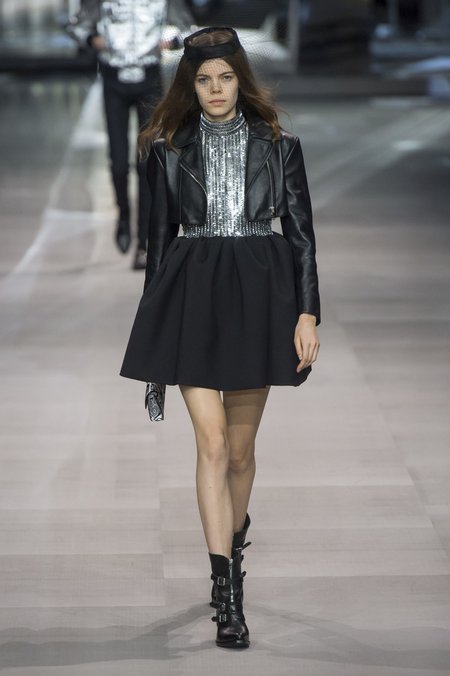 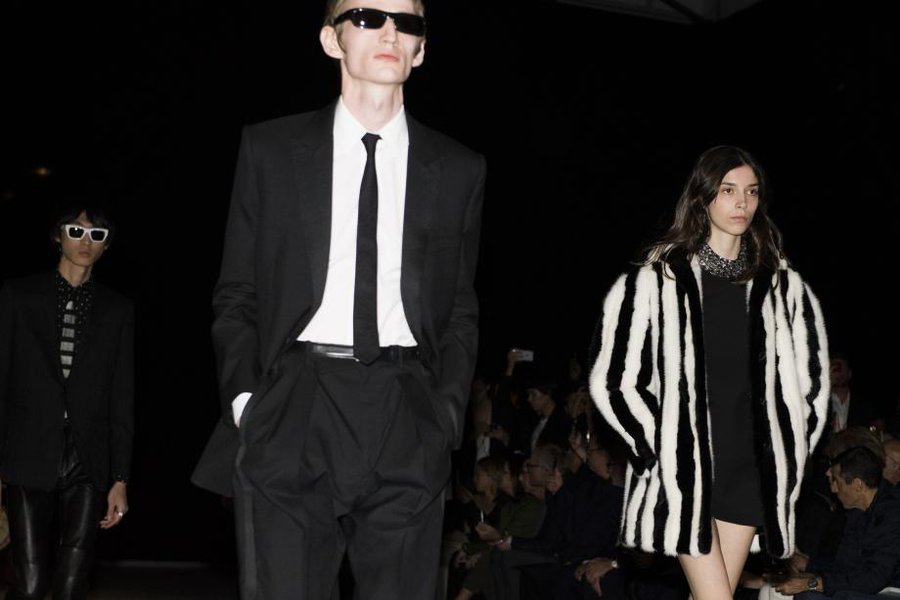 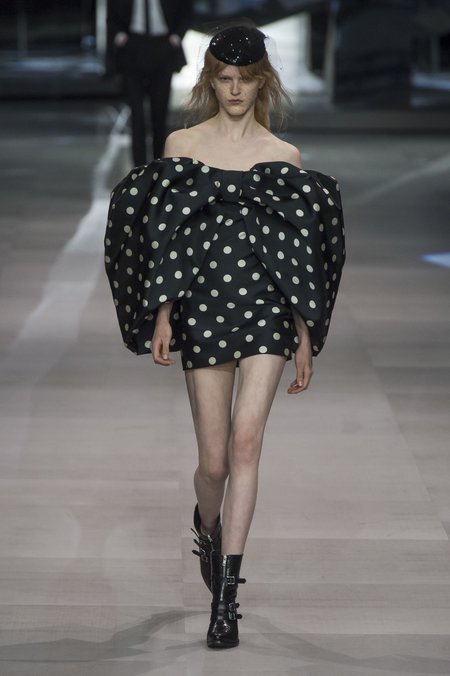 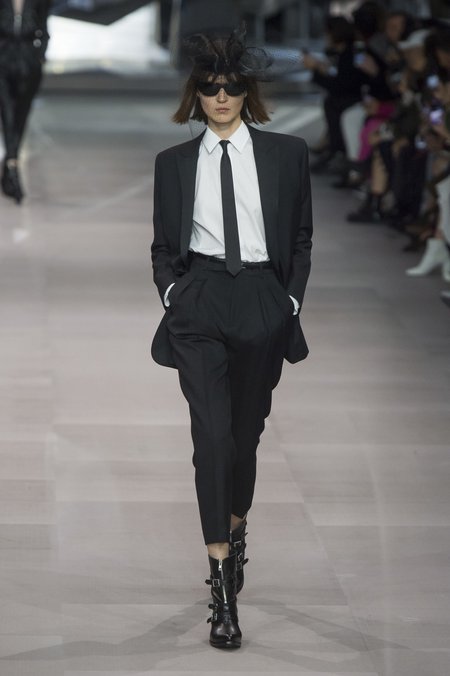 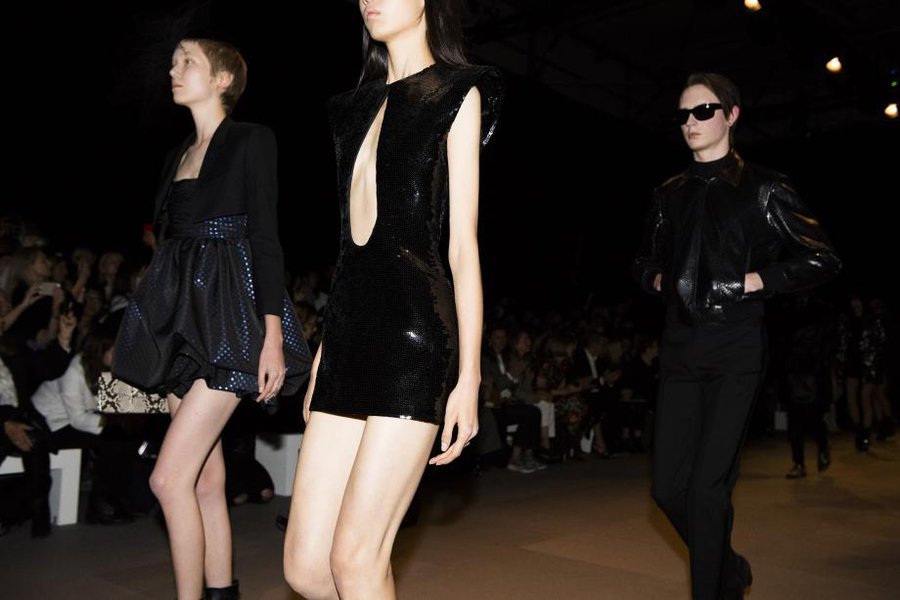