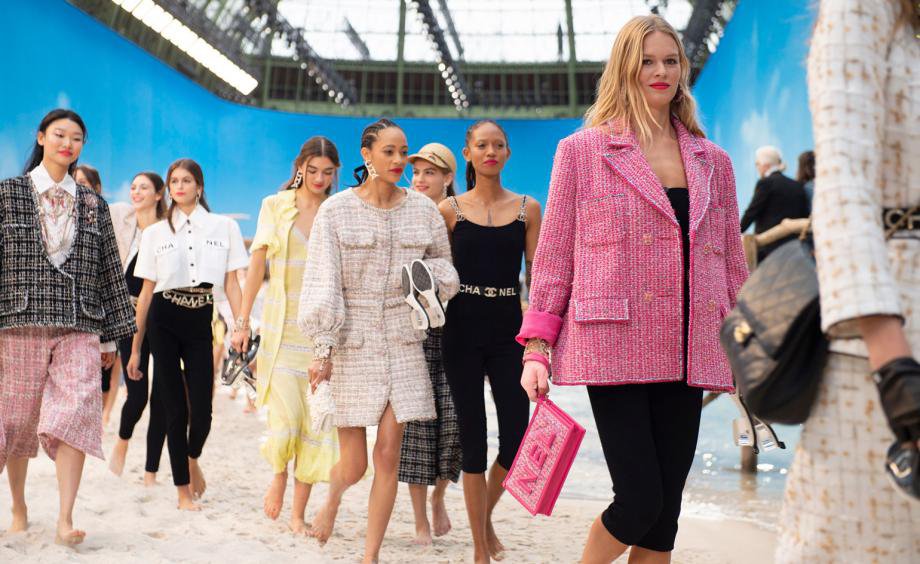 Summer might be officially over as far as Mother Nature is concerned, but in Karl Lagerfeld's world, life is -- and always will be -- a beach. To wit, the Spring 2019 Chanel show saw the mighty Grand Palais transformed into an idyllic celebrity island beachscape... a sunny Saint Tropez replete with tons of imported sand and hydraulics that pumped makeshift waves onto the "runway."

Against authentic wooden huts and to the sound of water lapping in frothy waves, not to mention male model Brad Kroenig positioned in the lifeguard hut, the models emerged barefoot and as carefree as imaginable. Some wore straw black-ribbon hats, most of them held their heels and waterproof sandals in their hands as they paraded out 82 looks. But in lieu of bathing suits, the models, in Lagerfeld's answer to "Baywatch," wore the house's iconic tweed skirt suits in the soft, pastel colors reminiscent of the warmer months.

The main silhouette was a top-heavy one in a mushroom-like shape. Oversize embellished tweed coats sported big round shoulders and exaggerated tubular arms, while black cropped pants and leggings added a relaxed vibe. An instant best-seller will no doubt be the square, white shirt worn by Kaia Gerber. As for the beach theme, a print of a parasol in the sun was used in silk foulards and fluttery silk dresses adorned with a bejeweled necklace that spelled "CHANEL." Coral details and brightly colored sequined swirls also were seen, as were gloves with zip-on pouches. 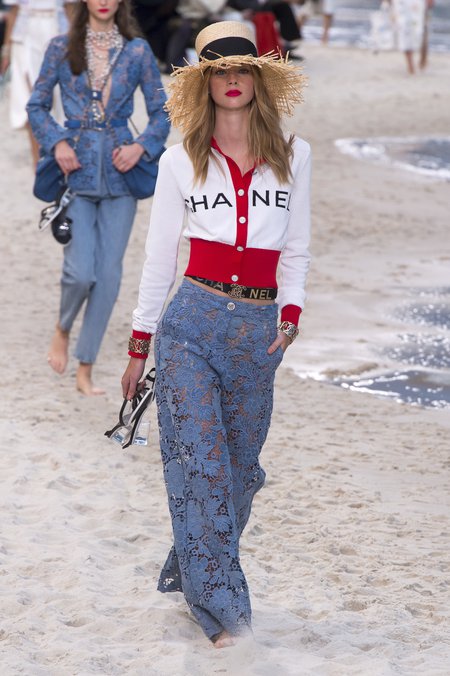 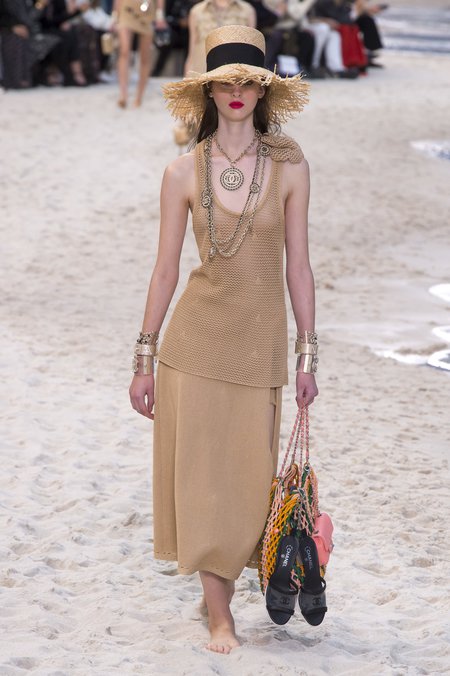 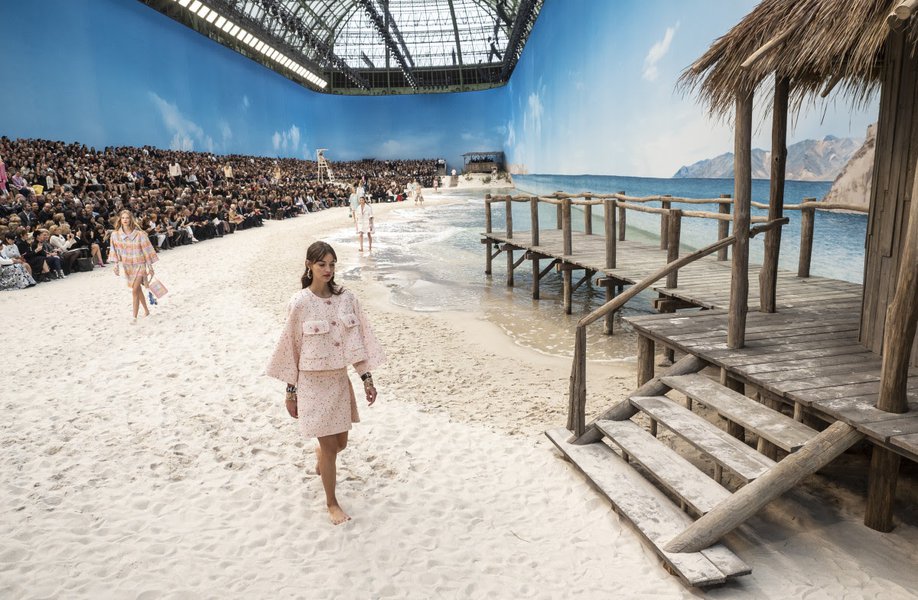 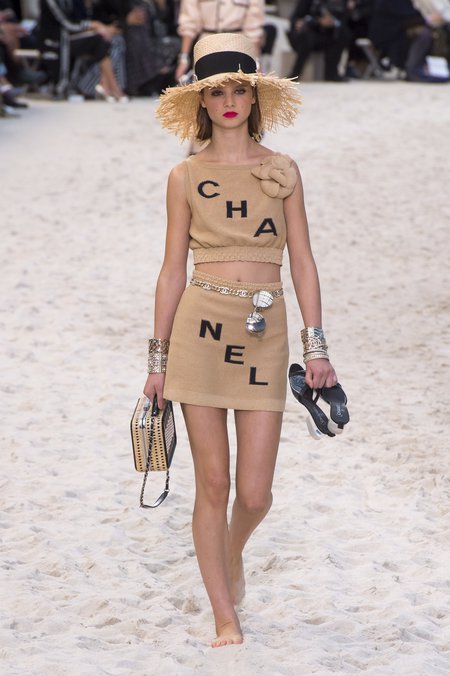 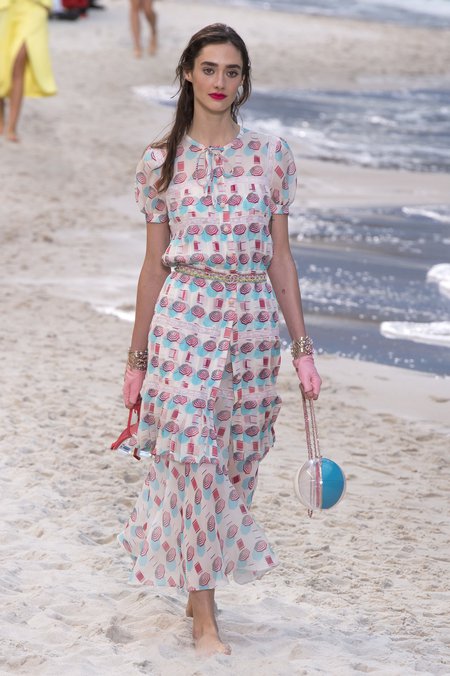 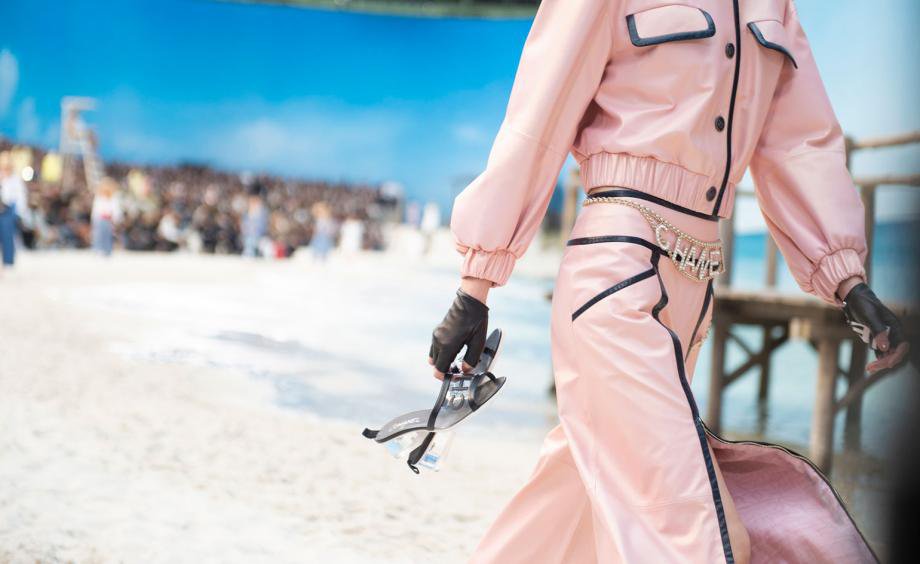 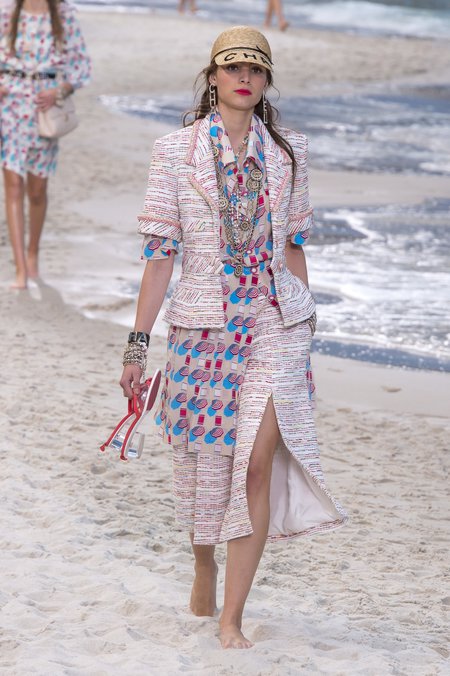 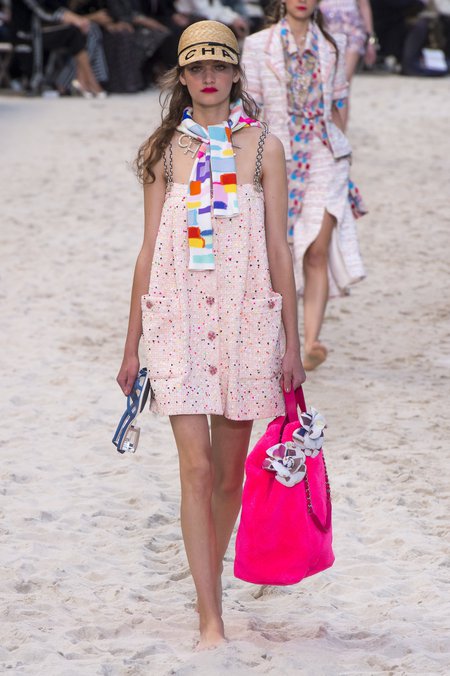 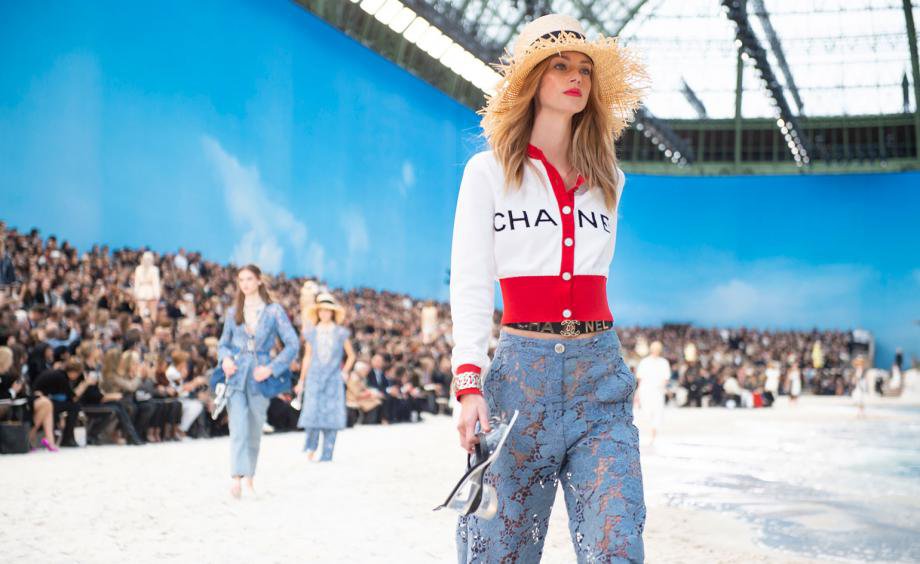 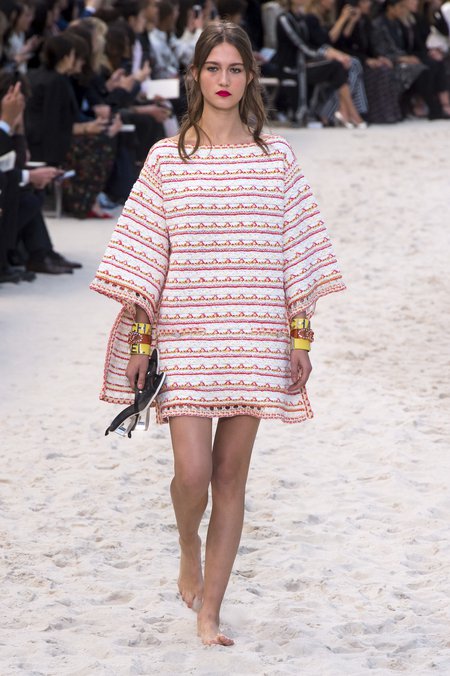 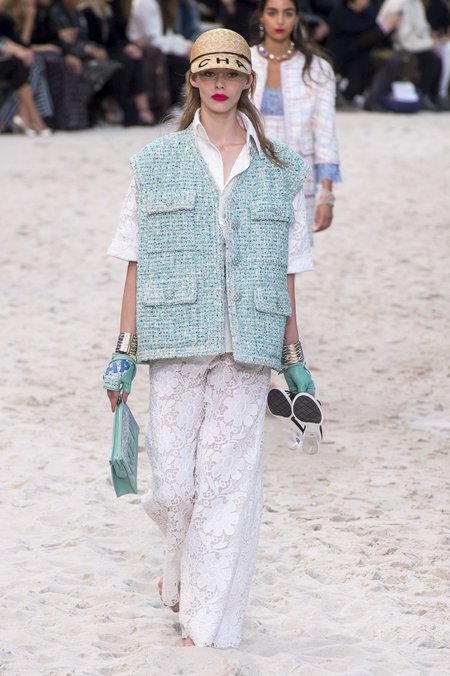 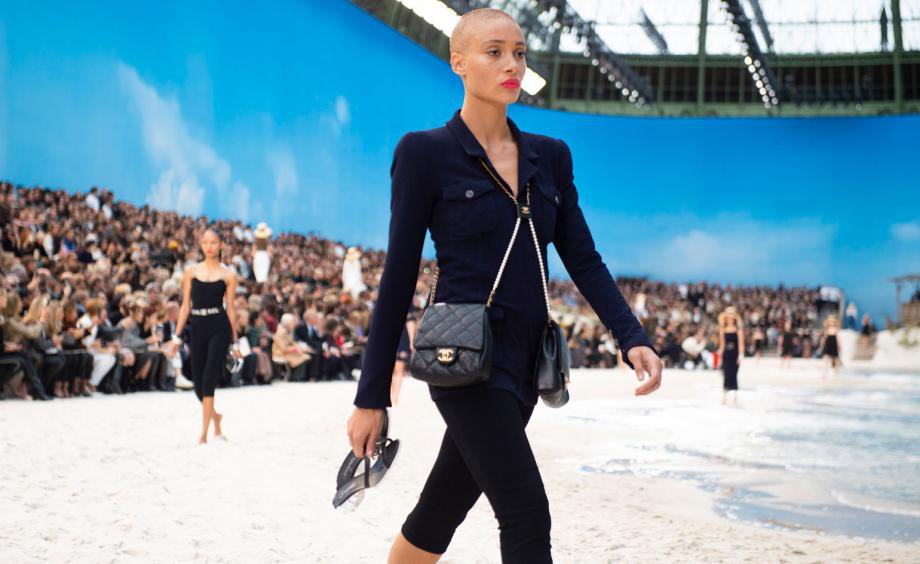 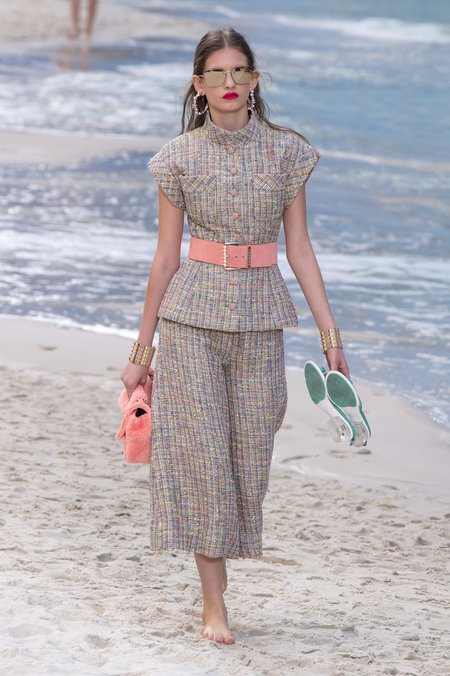 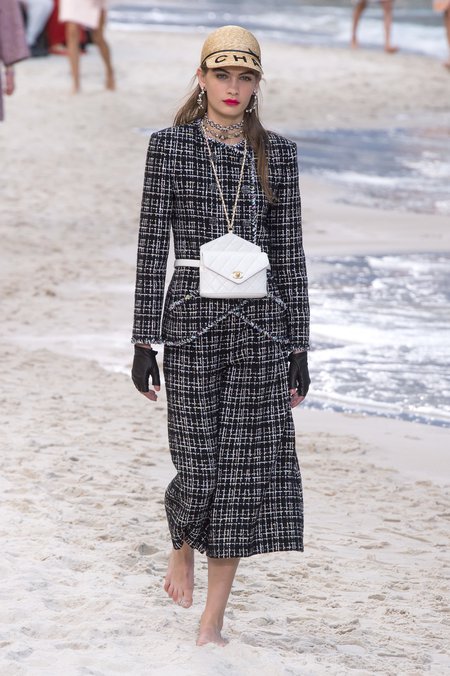 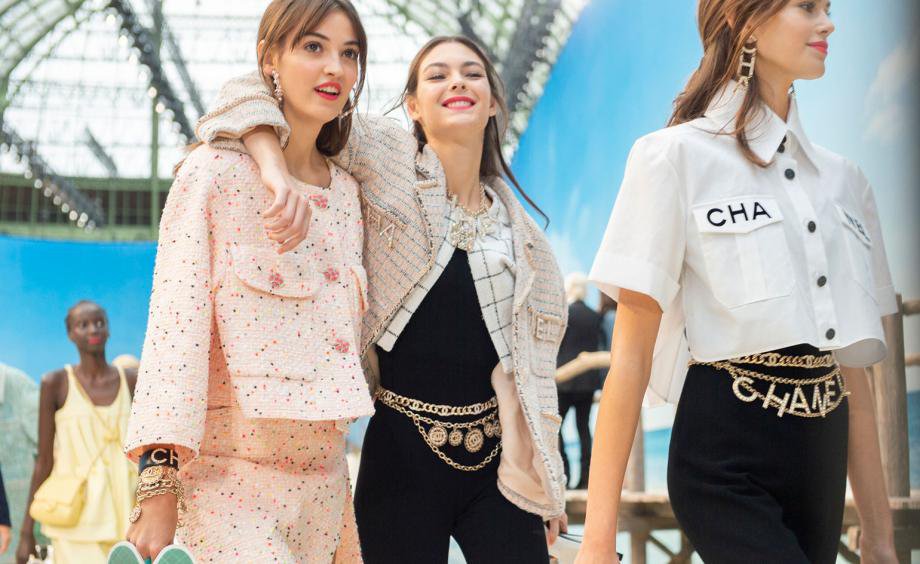 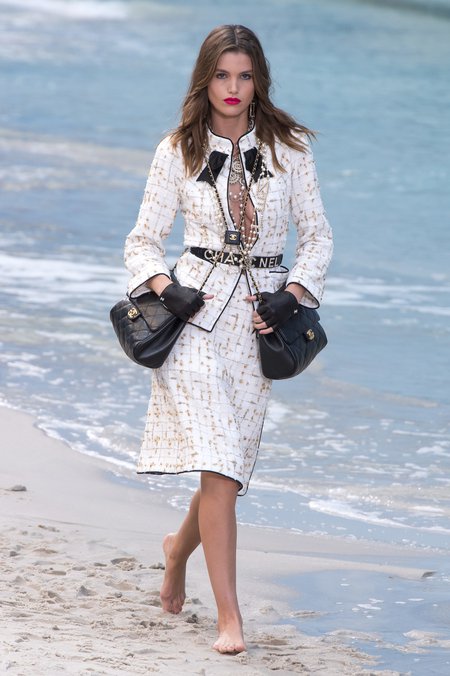 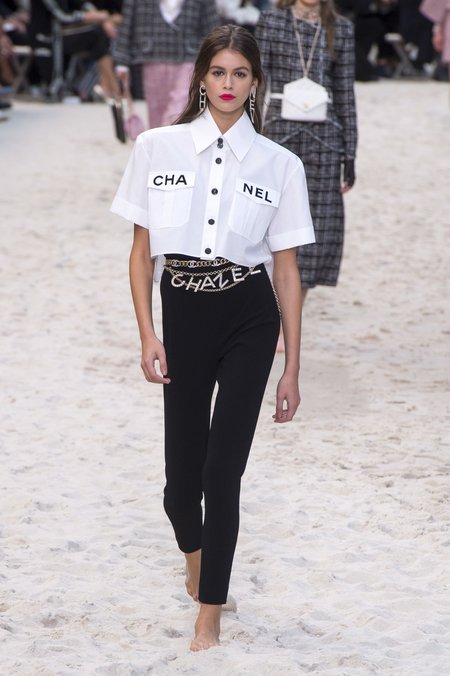