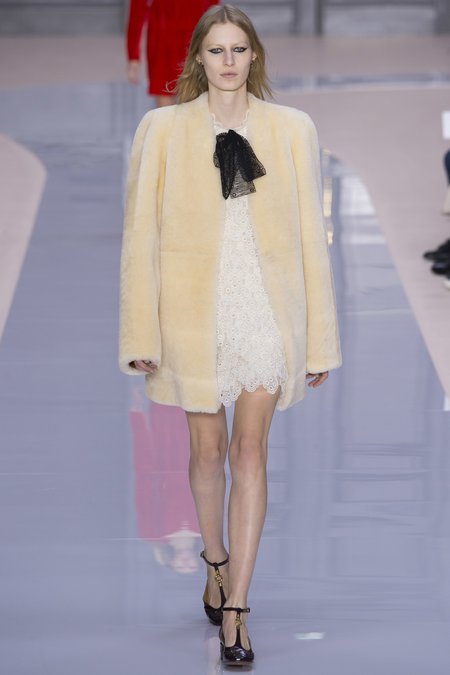 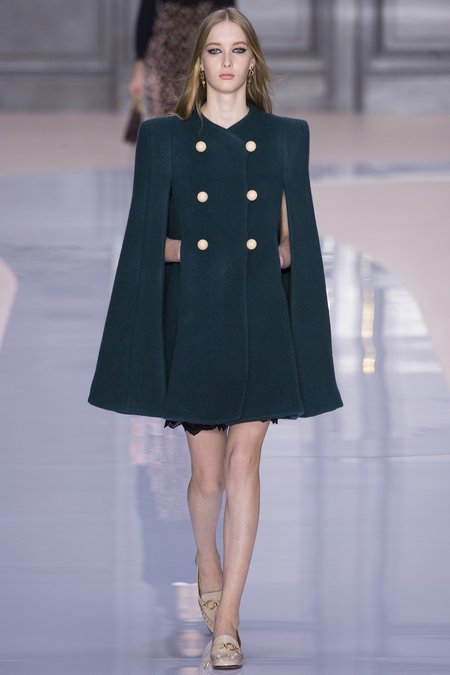 As Clare Waight Keller's tenure as the longest-serving designer at Chloé since Karl Lagerfeld drew to a close, the cherished designer happily stayed well within the hippy-chic '70s DNA that's synonymous with the French fashion house. It was a play-it-safe moment to cap six years at the helm — and the Chloé girls loved her for every bit of it.

Inspired by Jane Birkin and Marianne Faithfull (who was front row at the show), diaphanous jabot collars, fluttery layers of cascading chiffon, oversize retro fur coats and exaggeratedly billowing slung pants were on this season's menu of loose boho silhouettes — including a fabulous full-leg pleated trouser. As part of the Chloé girl’s festival-loving, sun-chasing je ne said quoi,  smart tailoring imbibed much of the collection, be it track pants, Baja shirts or moto jackets.

The '70s penchant for color was also clearly referenced in the 43-piece collection's use of prints and lashings of icy pastel hues — shades of mint, peach and lilac that merged into earthy tones. They infused femininity into the boxy men’s jackets in grungy plaids paired with brogue Mary Janes.

The Human League sang “Don’t You Want Me” as the models made their finale lap and Waight Keller came out to a standing ovation. Chloé, founded in 1952, is credited with inventing the concept of ready-to-wear. Here’s to her next chapter. 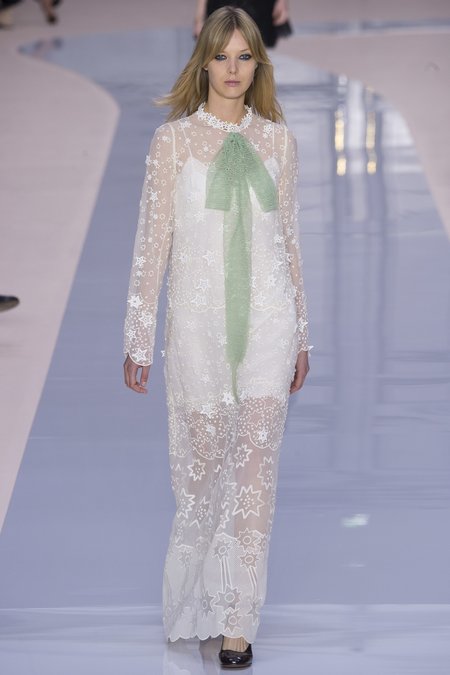 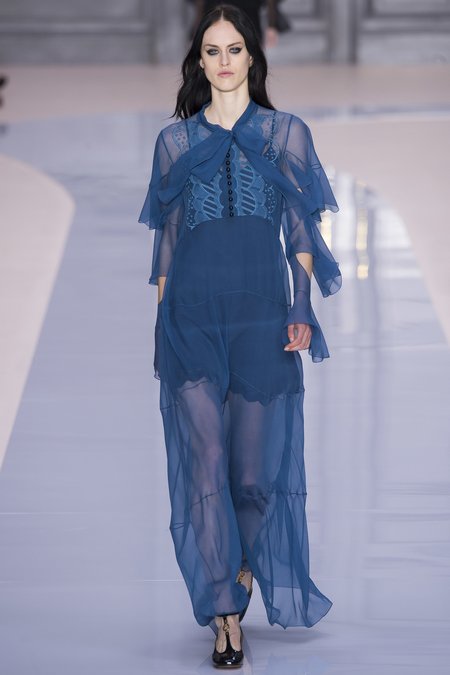 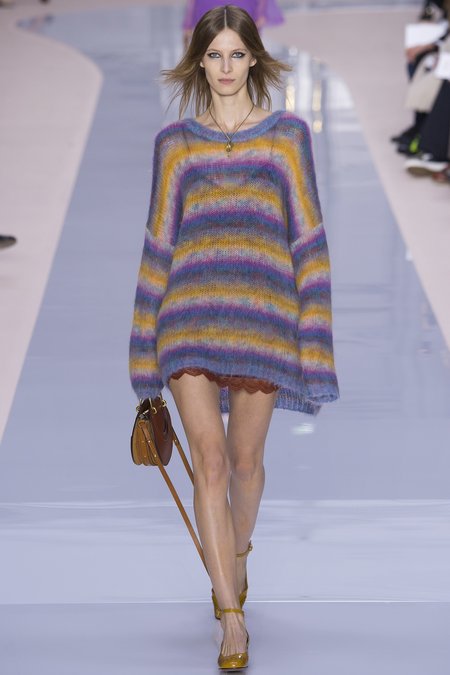 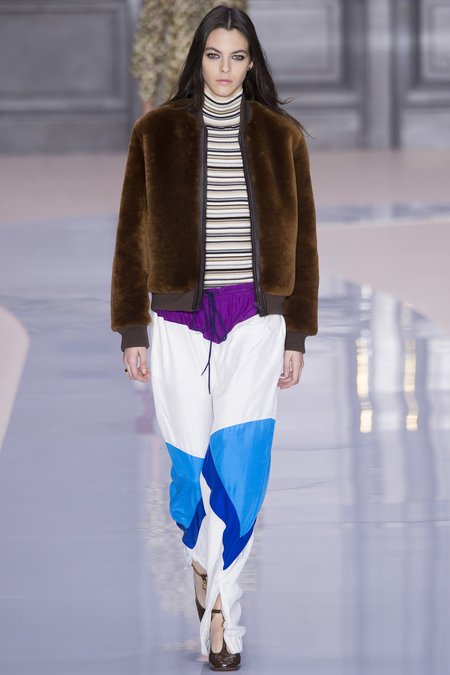 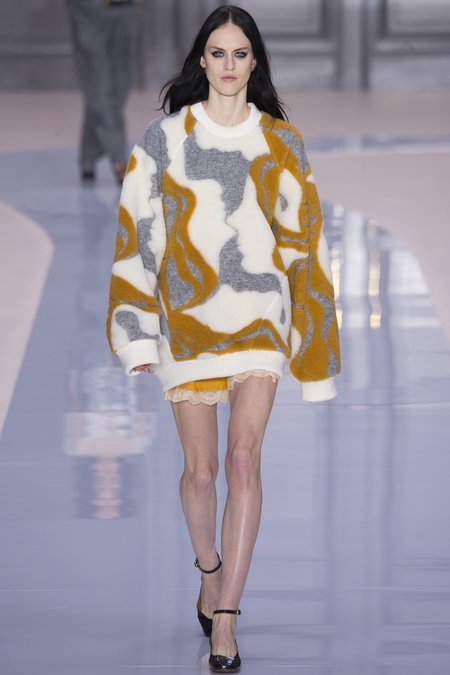 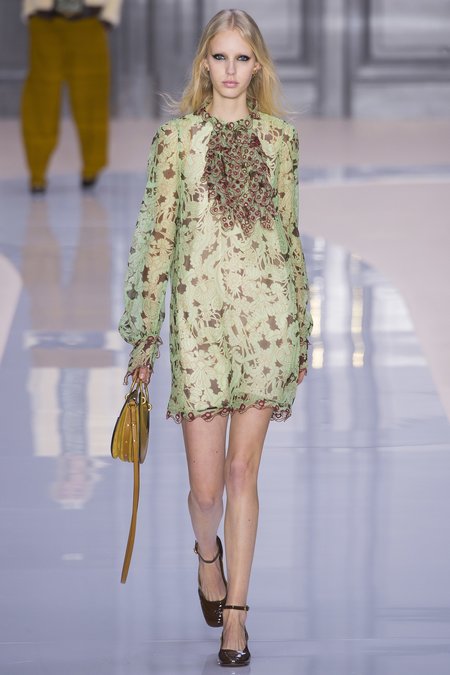