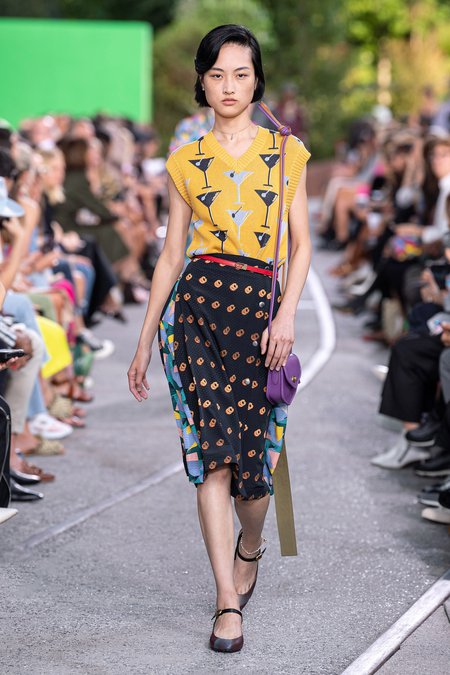 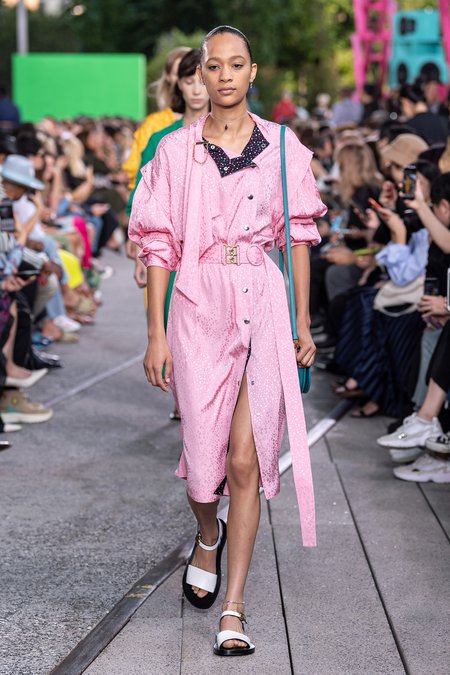 It's been a solid six years that Stuart Vevers has led the revival of Coach amidst an increasingly competitive retail landscape. The British designer has largely succeeded on all fronts, funneling his unabashed love with Americana into his designs -- from the West to the Great Plains to the '60s of late. For Spring, Vevers routed the Coach aesthetic straight into his own backyard: '80s New York. The cherry red leather trenchcoat that opened the show offered a new outerwear silhouette and was offered in a bevy of bright hues. An artistic bent came in the form of Richard Bernstein's late estate, he best known for Interview magazine's illustrated covers. Portraits of Michael J. Fox, Rob Lowe and Barbra Streisand were featured on tank tops and tees. Paired with many of the looks was a simple yet classy lunch box-size bag that was devoid of all bells and whistles. It was utterly appealing. 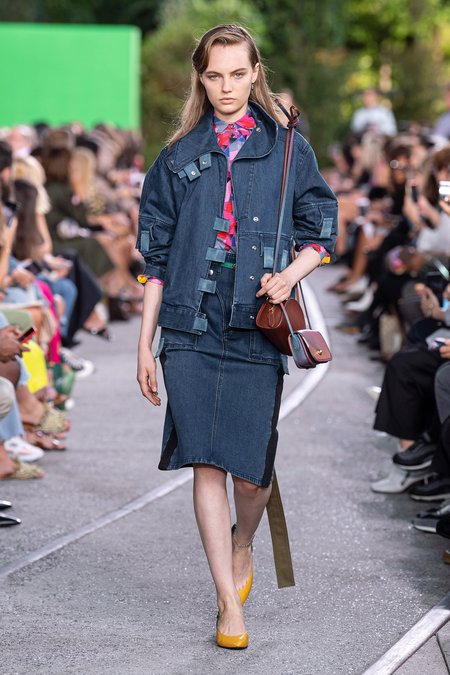 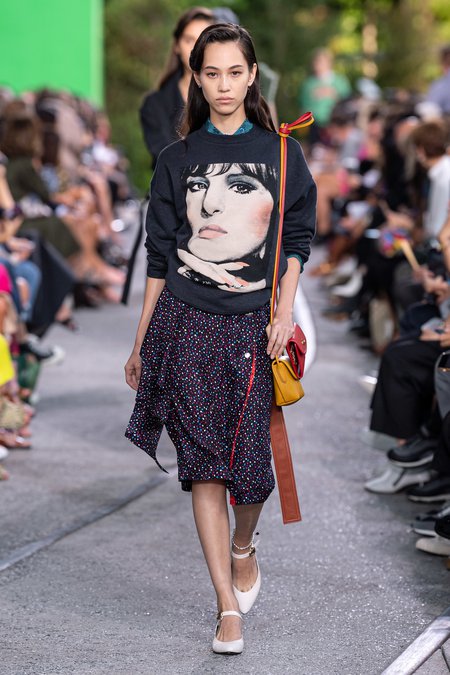 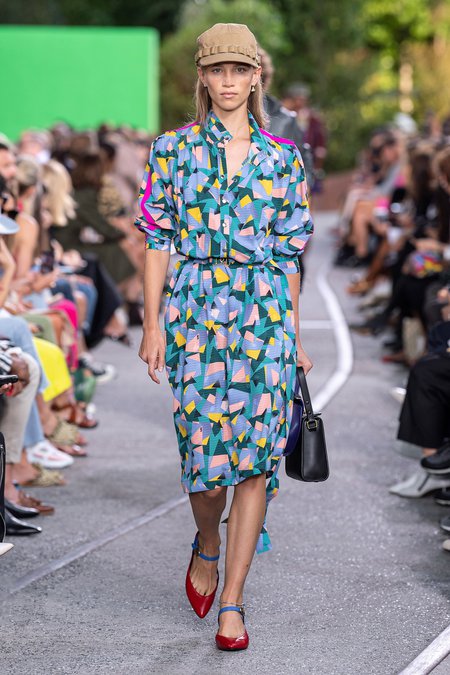 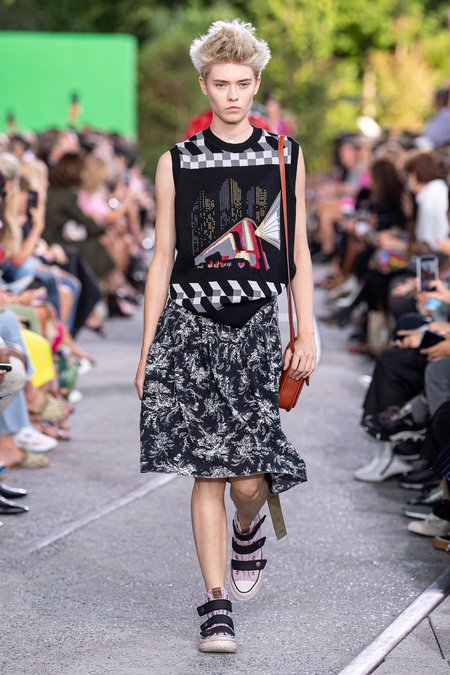 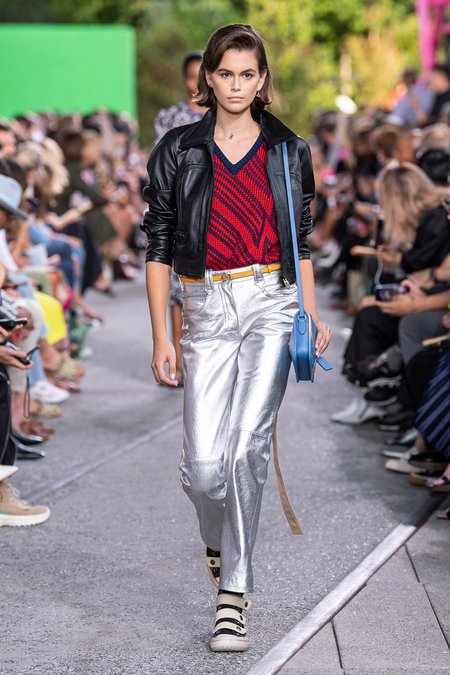 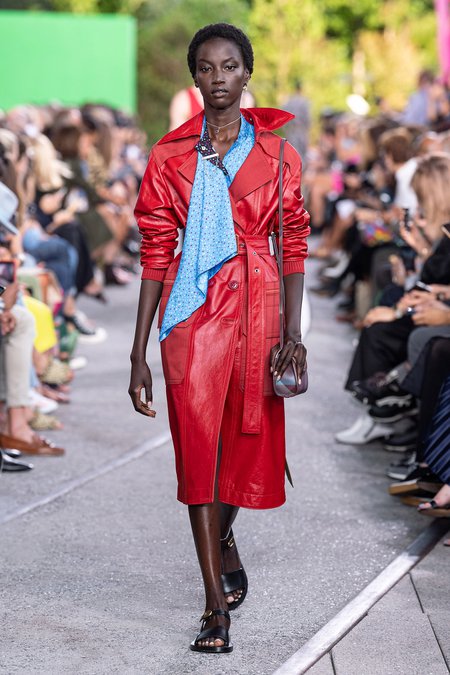