“Invisible Clothes,” said the show notes. “This is the purest and most extreme version of Comme des Garçons.” In a nutshell, and in true Rei Kawakubo form, the designer abandoned the notion of wearability or practicality altogether, staging her catwalk with over-the-top pieces in shape and size—many of them so abundant and audacious that models were forced to turn sideways to pass each other on the runway.

Some of the outsize pieces seemed to have a half-dozen padded shoulders apiece. A round, quilted disc of black fabric with a white Peter Pan collar made one model look like a childish drawing of a turkey dressed as pilgrim. Another look consisted of a voluminous rectangle of red plaid fabric that jutted so far past each shoulder it immediately called to mind the famous 1976 “Gone With the Wind” curtain-rod dress from “The Carol Burnett Show.”

Set to the music of Henryk Górecki, it was a sober, theatrical affair. The triumph of shape and structure created memorable sculptural wonders that, no matter how strange or cumbersome, were all executed to sheer perfection. 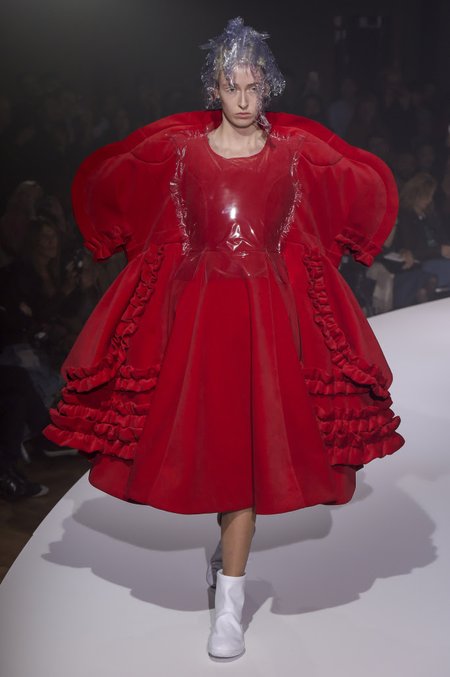 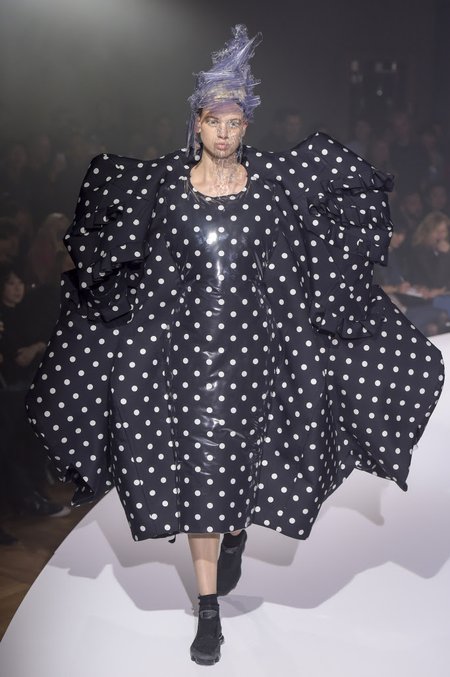 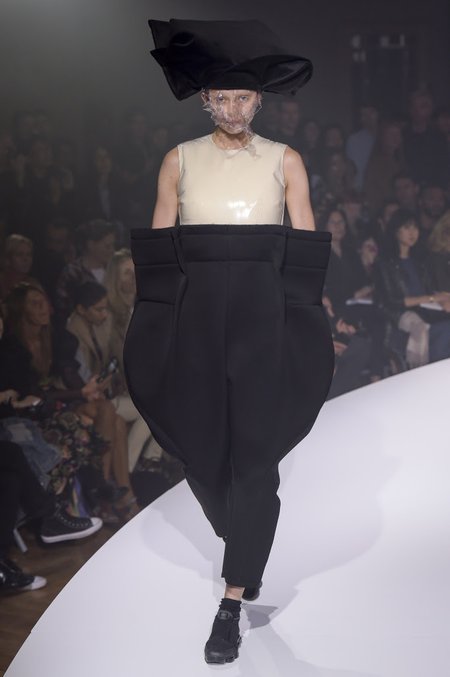 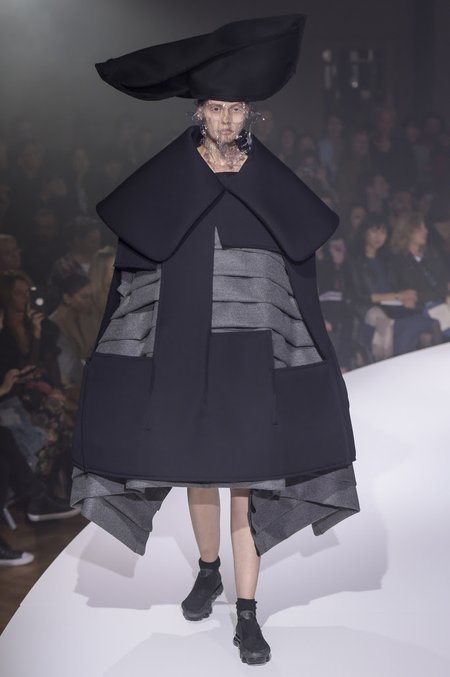 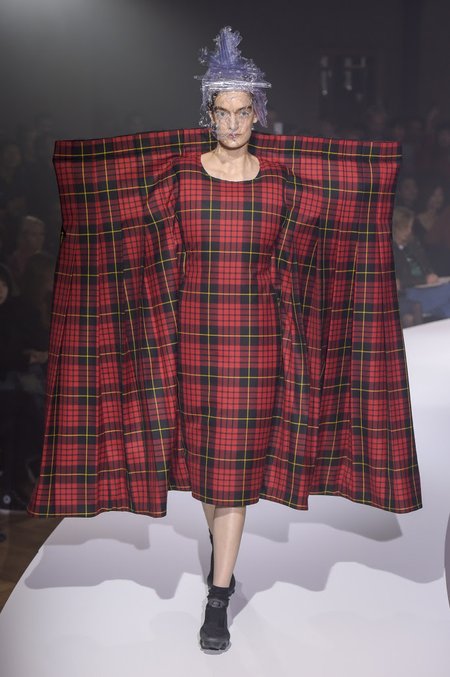 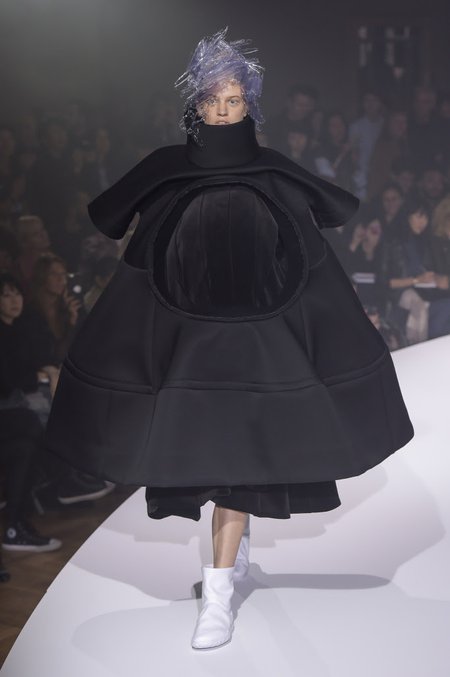