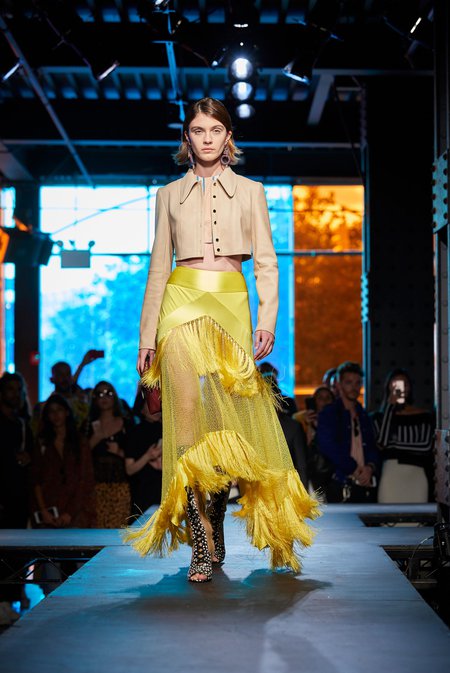 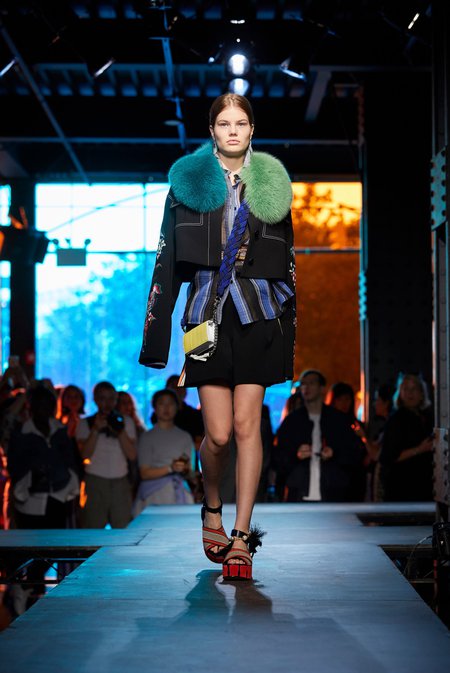 Andy Warhol Factory girl Jane Forth served as the starting point for Jonathan Saunders in developing his spring Diane von Furstenberg collection. The first model DVF herself used in the Seventies, it was a no-holds-barred indulgence in disco-ready dresses, belted pantsuits and plentiful fur collared leather coats. The tableau vivant showcased Saunders's confidence with color and print. The color-blocking on a pair of handkerchief-hem dresses was loud; the hand-painted florals were lush and while the wrap dress didn't play a pivotal role this go around, they did include plenty of disco-friendly moments.

But it wasn't all delivered on a tangent; rather, the retro references were made diverse by plenty of visual stimuli: color, flowers, stripes and oodles of fringe that equated to pure flamboyant glamour. A knockout came in the form of a one-shoulder black dress with white piping and floral embroidery. 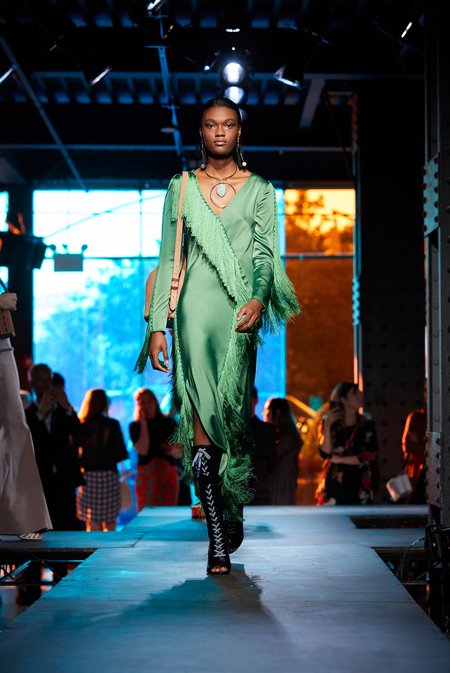 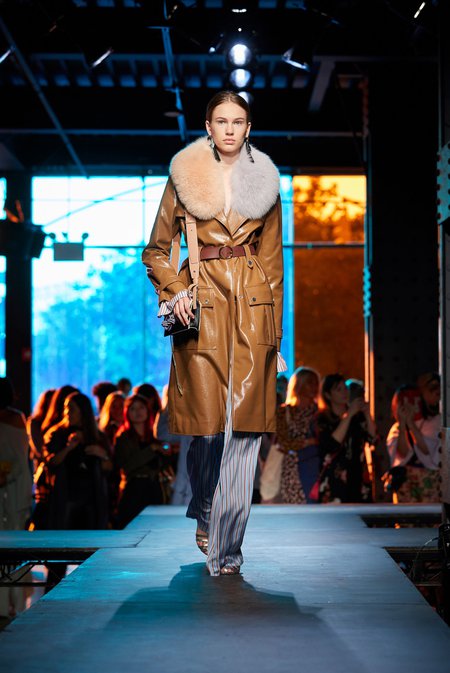 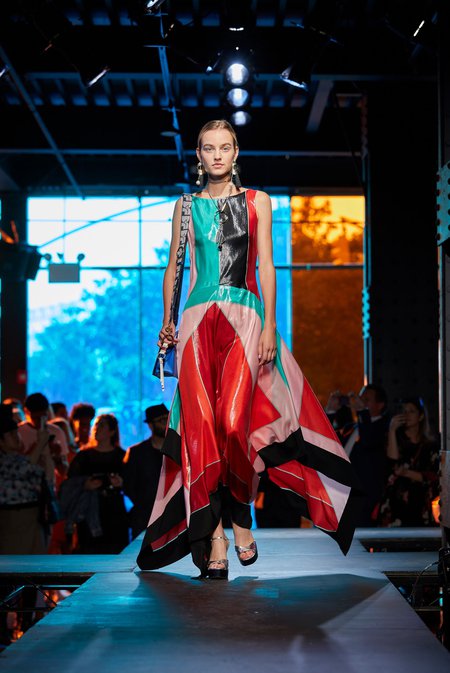 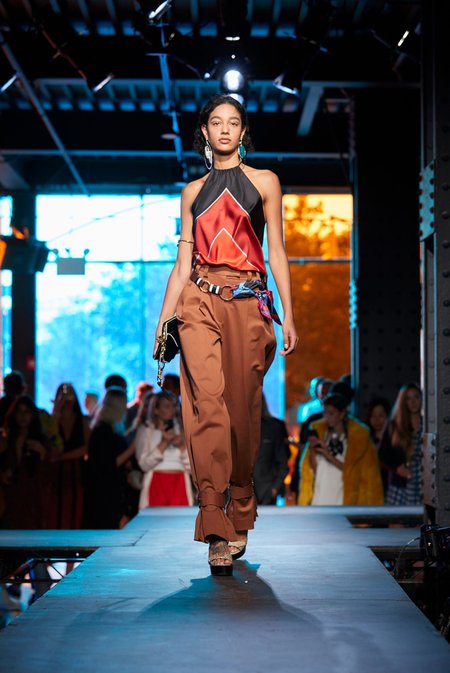