As the first-ever female couturier at one of the world’s largest and most influential fashion houses, Maria Grazia Chiuri was faced with a daunting task before even stepping into the atelier. As one of the most prominent dresses of women in history, Monsieur Dior was so small fry; fortunately for him, Grazia Chiuri more than held her own.

The program notes termed a whole "new lexicon" of style, and Grazia Chiuri did indeed give the collection her unique stamp. Right from the get-go, two themes emerged: daywear and gender boundaries—the latter, breaking them. Starting with a fencing motif, admired for its trilogy of body meets mind meets heart, the all-white opening looks heralded the proper daywear that was to come. The soft tiered tulle skirts were chic, complemented by a study in elegant innerwear, old-world embroideries and quilted embroidered combat jackets. Also of note, a tribute to the writer Chimamanda Ngozi Adichie, whose title “We should all be feminists,” was splashed on a message T-shirt.

Gone were the references to the famed Bar Jacket, the full, thick A-line skirt and any flavors of the post-War style that her predecessor, Raf Simons, so lovingly embraced. Instead, Grazia Chiuri rendered it in lightened up constructions that created the shape with pockets rather than padding.

All in all, Grazia Chiuri made an argument for a less precious Dior, using gender musing as her reasoning for the garment’s loose fit. One look, a black dotted tulle and lace top, looked visually incoherent against sporty white crisp menswear pants and white strap sandals. For evening, the breathtaking gowns centered on pictorial embroideries derived from Monsieur Dior’s fascination with tarot and the zodiac.

While the 64-look collection delivered all the essential elements for a complete wardrobe—including a significant increase in day options—a more varied color palette and tighter edit would have greatly improved its first impression appeal. 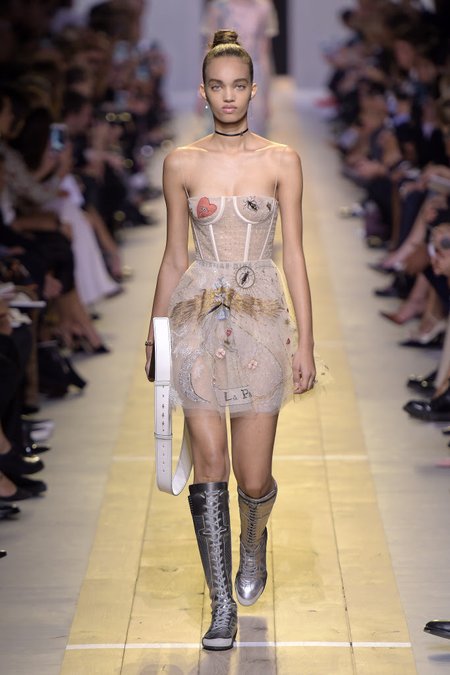 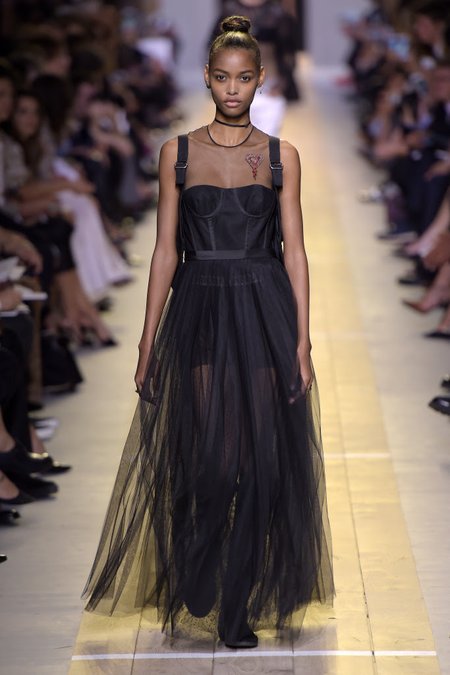 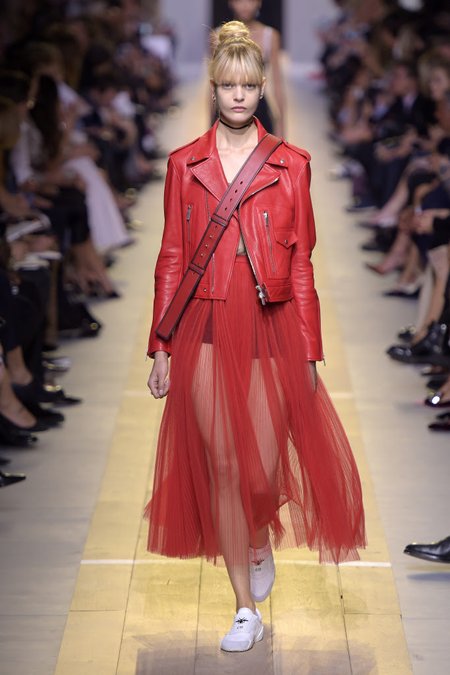 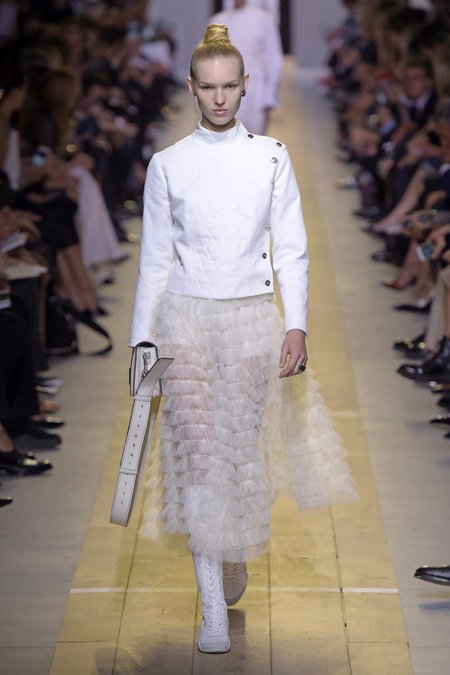 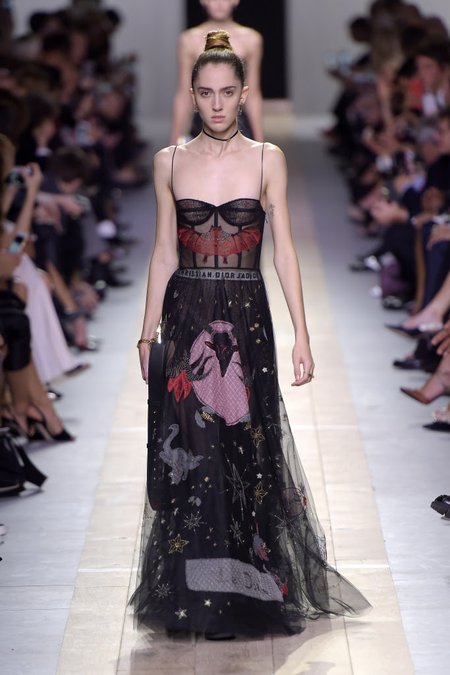 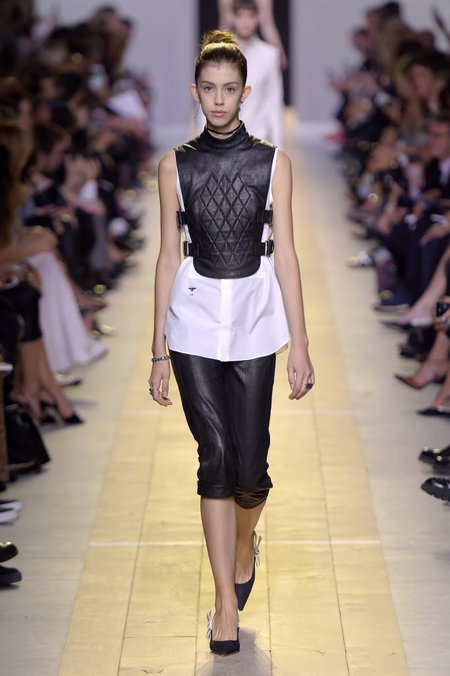 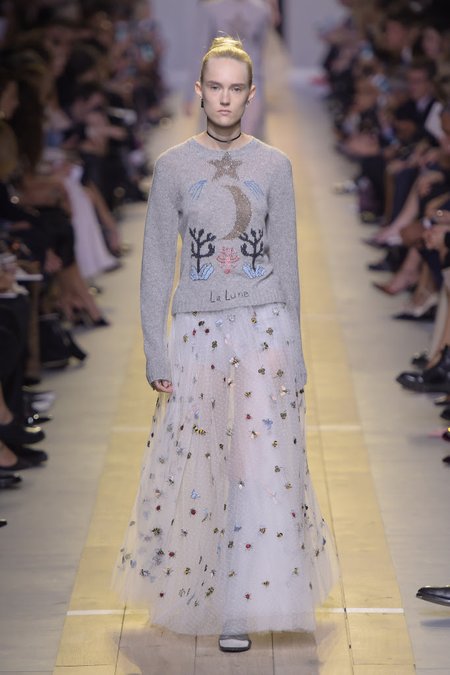 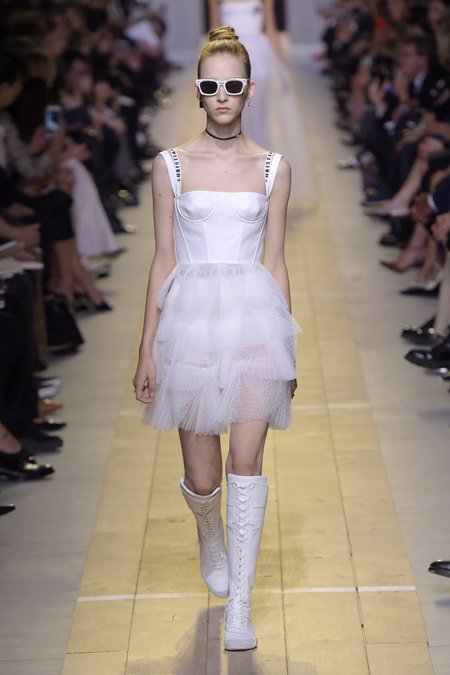 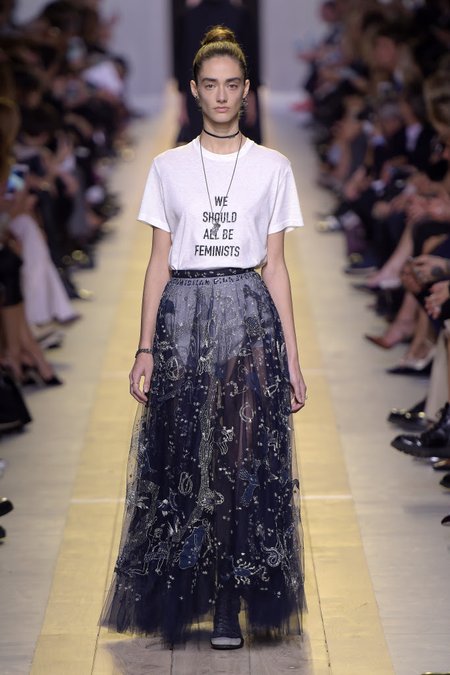 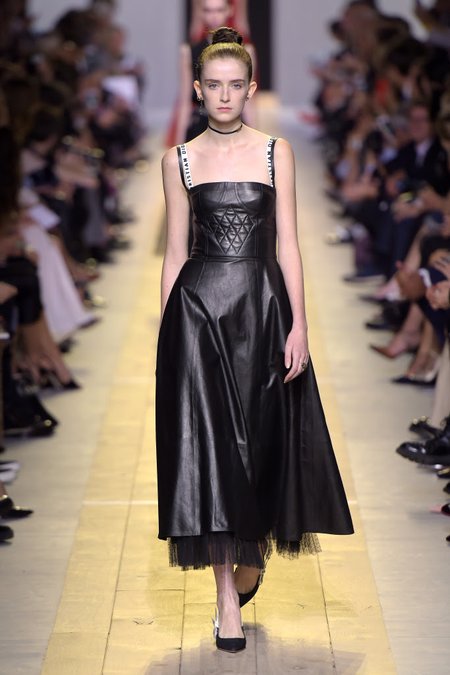