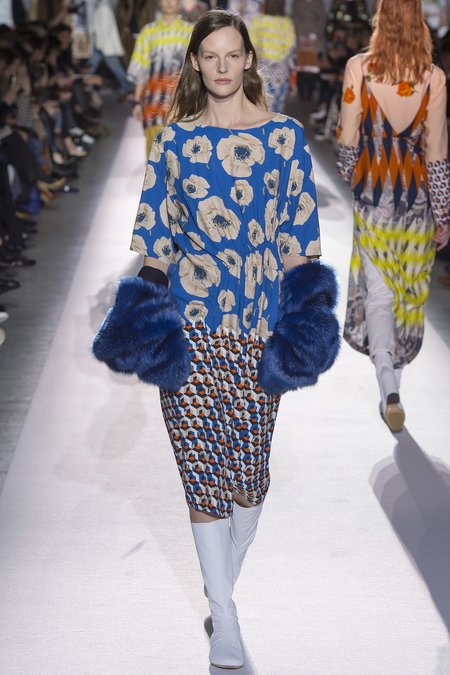 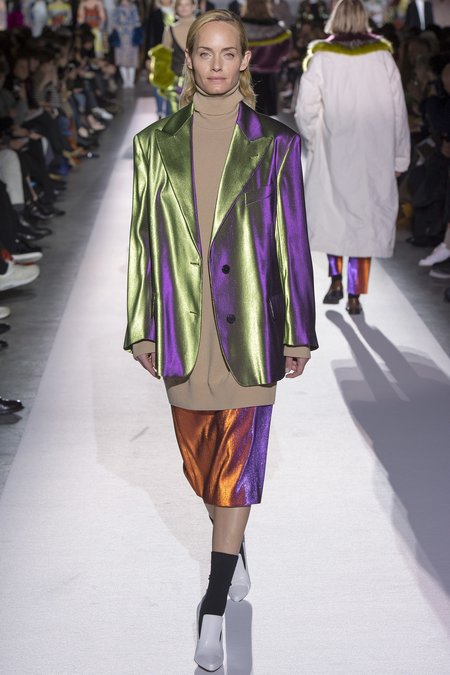 Dries Van Noten, a lover of flowers and of Eastern styles, fused both passions together in his show Wednesday — his momentous 100th — the results of which were a contrasting fashion symphony of color and kinesis. Not to mention the return of 54 models who have walked for him from 1993 onwards.

And this was all served up on the designer's signature oversize and loose silhouettes, paraded by the likes of Nadja Auermann, Emma Balfour, Guinevere van Seenus, Trish Goff, Elise Crombez, Esther de Jong, Alek Wek, Carolyn Murphy and Liya Kebede but to name a few. A voluminous coat with a red rose motif was optically overlaid with Asian-looking geometric circles. Elsewhere, thin stripes that evoked the material of a Japanese kimono were punctuated with bright blue semicircles, and capped off with contemporary blue denim jeans.

And if this weren't enough, luxuriant colored fur trim was thrown in — onto coat lapels and sleeves — to ensure that this collection was one of the most vibrant seen so far this season. From Japanese kimono print (Fall 2013) and English roses (Spring 1994) to ’60s triangles (Fall 2001) and chintzy wallpaper (Spring 2000), it was an impressive feat of redoing and remixing to get them all onto the backs of these women in new ways.

Mixed in amongst the patterns were the plains—the wardrobe of tailoring, well-cut pantsuits and beautiful coats that have become the go-to garments for generations of elegant women. For evening, that translated to a midnight blue velvet jacket, a white shirt, an iridescent asymmetric sash and jeans. Dries has, after all, always been the patron saint of those with insouciant personal style. 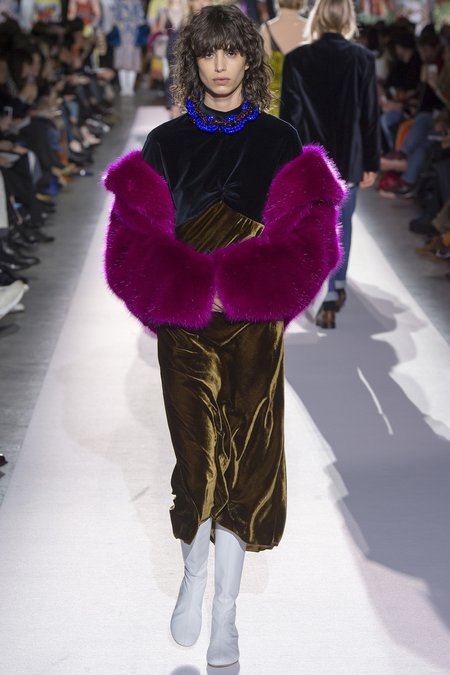 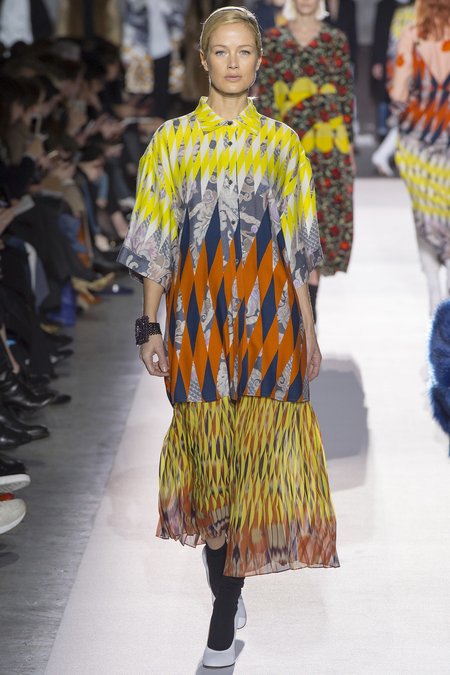 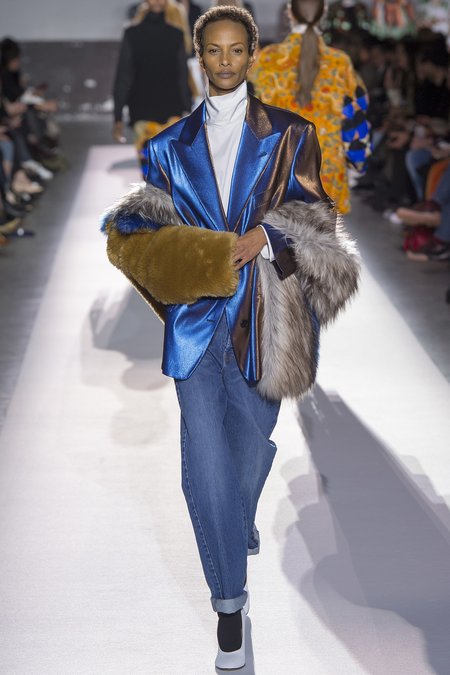 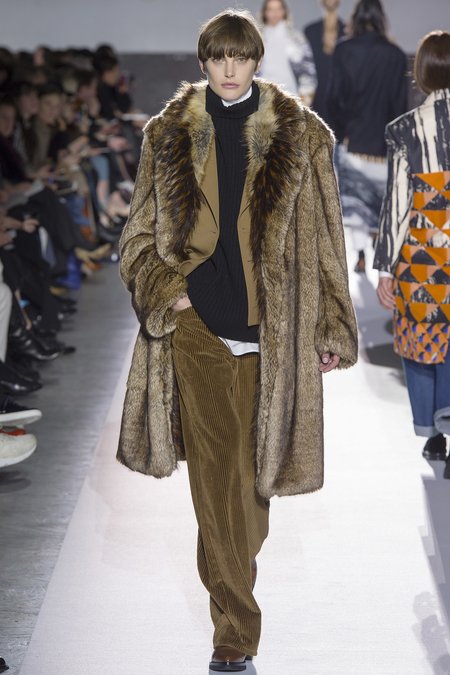 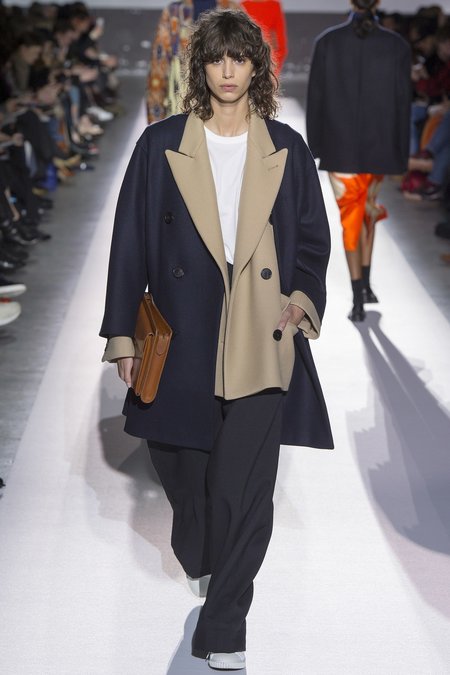 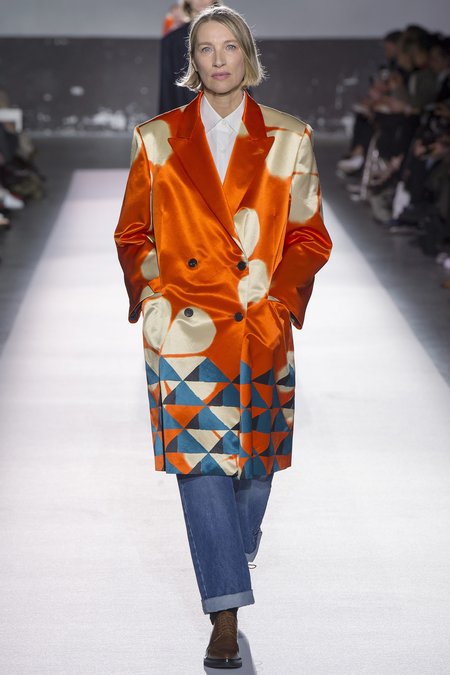