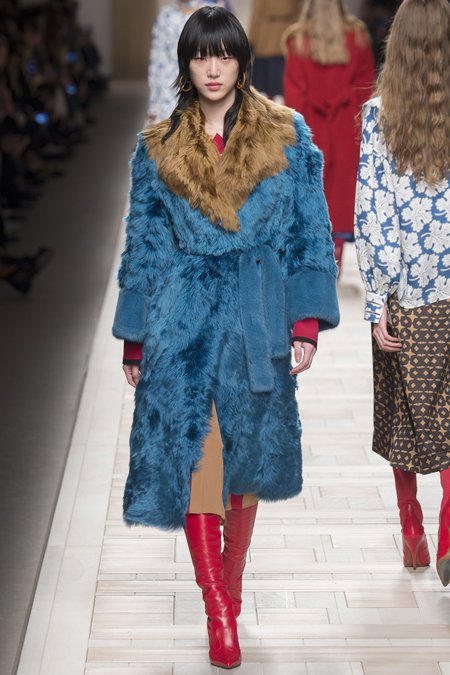 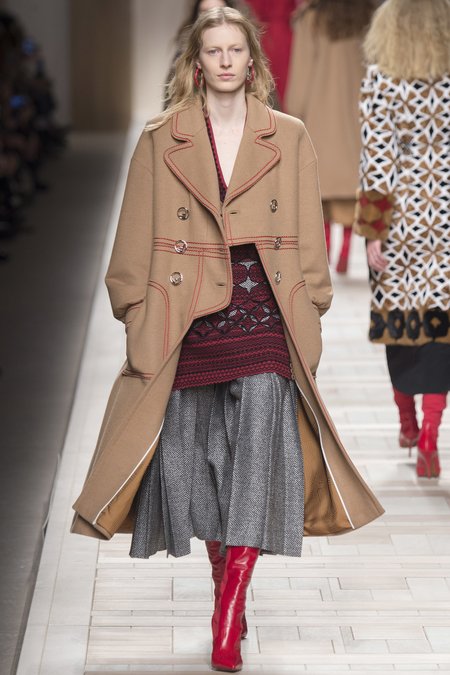 Red boots were worn with every single look at Thursday’s Fendi show. Over-the-knee “sealing-wax red” boots, in fact. In a dramatic change from past seasons, where shoes of every color, heel and embellishment was sent down the runway, Karl Lagerfeld pulled back on the fairytale-like fantasyland that has become Fendi in favor of something more tough-chic.

Right off the bat, Lagerfeld made his message clear—sending out feminine tailoring in men’s wear fabrics via a sharp pairing of grey herringbone over Prince of Wales in the form of a double-breasted coat with mink cuffs worn over a long skirt and boxy suit. Uncluttered by gimmicks, it was grown-up and classy.

Indeed, the architectural theme filtered throughout the collection centered around a simple A-line skirt that, in various iterations, proposed a multitude of occasions from belted shirtdress to men’s wear jacket to big, loose tops.

In a more direct nod to the FF logo—which set the runway in traditional woodblock—Lagerfeld showcased the hard-edged element in the knits and fur coats. Whether featured loose on the body, nipped in at the waist or an exposed hand stitch on cloth, it all looked fabulous.

The vine-leaf motifs that appeared in white on a cornflower blue silk dress and intarsia-ed into furs were inspired by a book of antique endpapers. The year of Fendi’s founding, 1925, appeared in Roman numerals woven into belts and cuffs.

As for those iconic bags, a new single“F” logo, in single-letter form, was featured prominently on metal closures. The bags included a new, structured two-tone box, slim “Lady” bag on a double-F logo handheld strap and the smallest offering: a logoed metal ring attached not to one mini pouch but three, in graduating sizes and different colors of leather and python. 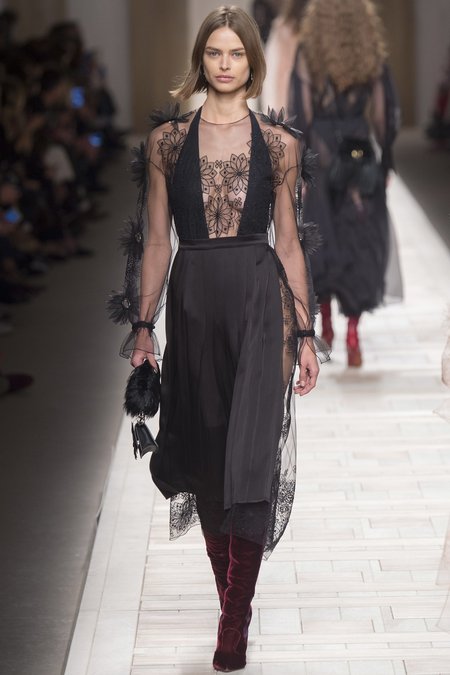 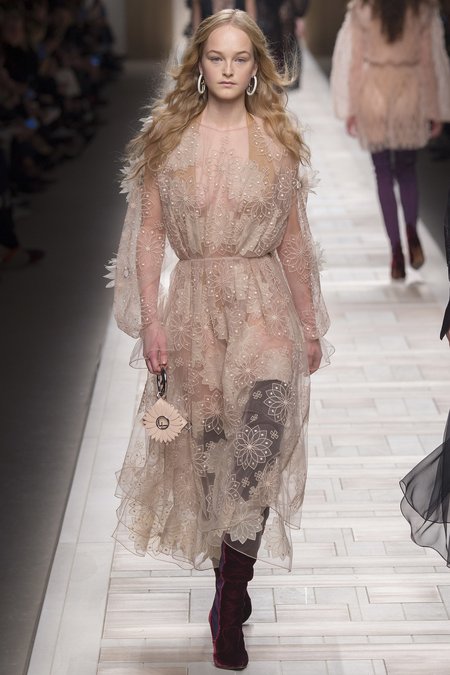 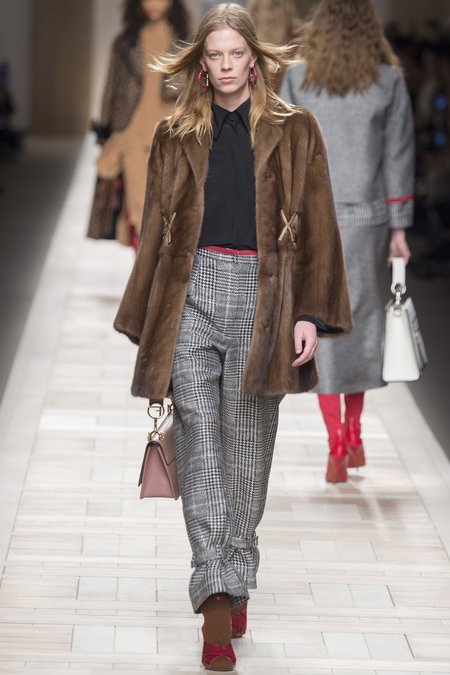 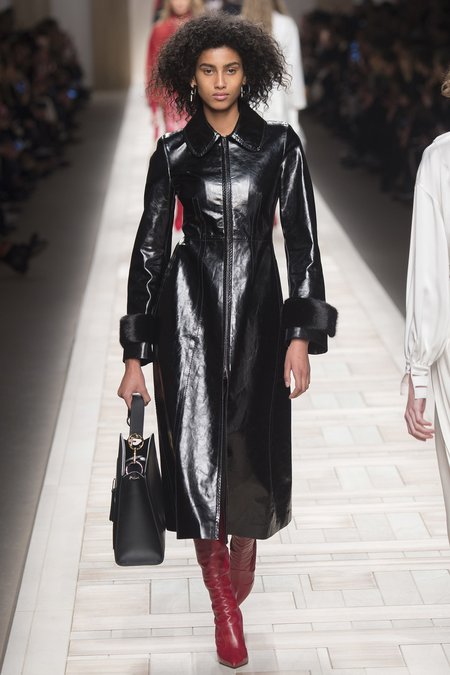 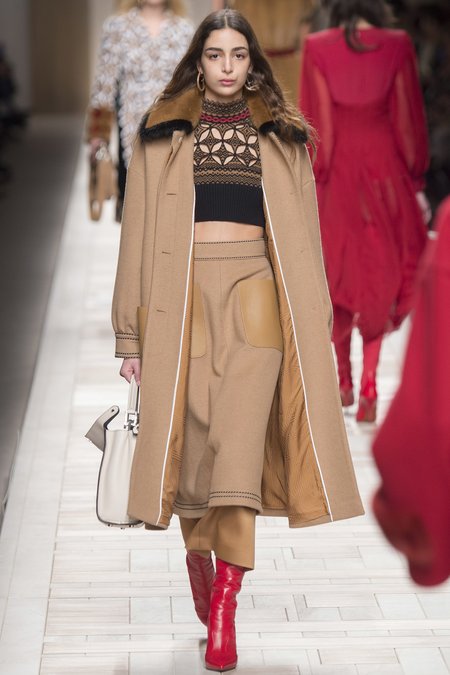 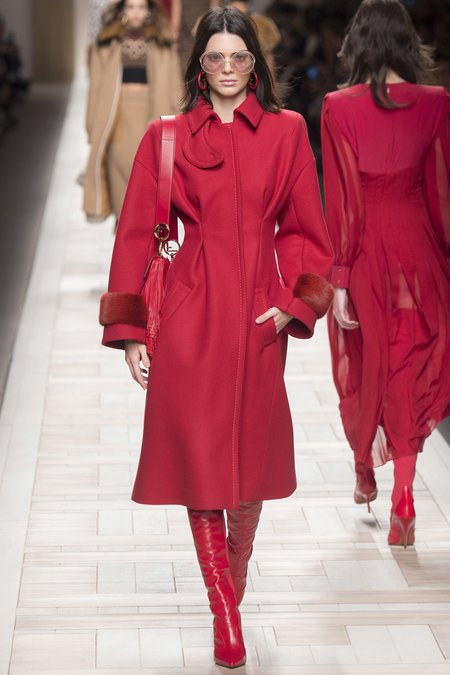 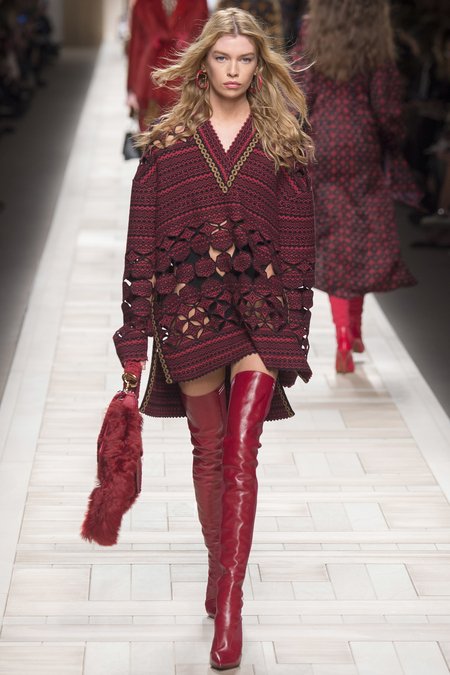 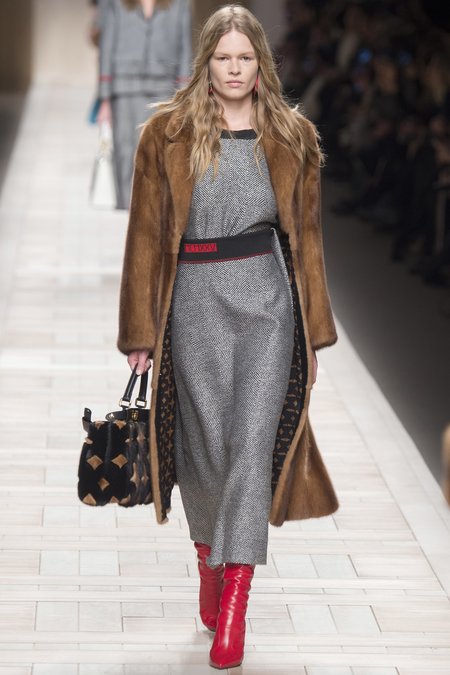