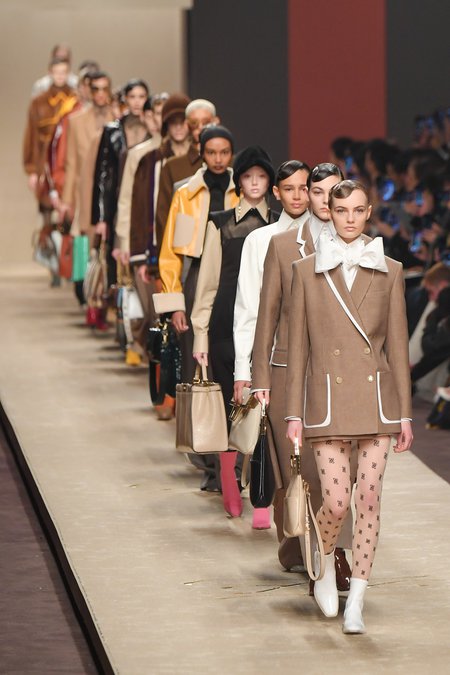 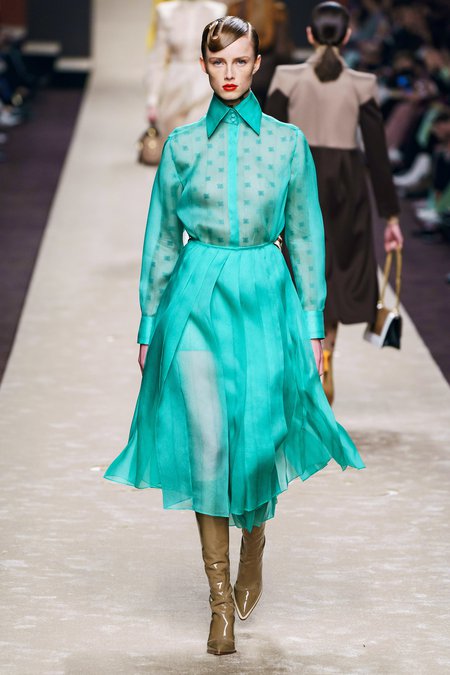 Having supervised every iota in the fall collection, the looks were every bit of the Karl that Silvia Venturini Fendi loved. The collection, in retrospect, if not hindsight, lovingly recalled the late designer's DNA -- down to the Edwardian collars -- in a multitude of ways, down to the flourishes of ribbon threaded as a belts. Lagerfeld, having been creative director of Fendi since 1965, is to the house what Caesar was to Rome.

Ripe with signature hallmarks, the collection featured precision tailoring defined by strategic -- and geometric -- placement of seams that recalled a sharp pagoda shoulder or flare of A-line coat or even in the laser-perforated "fishnet" leather. The interlinked FF logo, dubbed "Karligraphy" for the occasion and woven into hosiery or used as an intarsia on shearling, was rendered in an elegant script plate after Lagerfeld's own handwriting. With this being fall and Fendi, furs, naturally, had a starring role. Of note was a lovely oversize mink shirt with contrast intarsia that suggested an almost trompe l'oeil effect on the collar and pocket flaps.

As Gigi Hadid closed the show in her buttercup-yellow printed dress, the applauding audience watched, many in tears, a short clip of Lagerfeld doing what he does best: sketch. "Sketch what you wore the first day you started at Fendi," asked filmmaker Loic Prigent. Lagerfeld, of course, remembered... down to the Cerrito fedora and men's satchel picked up in Milan. 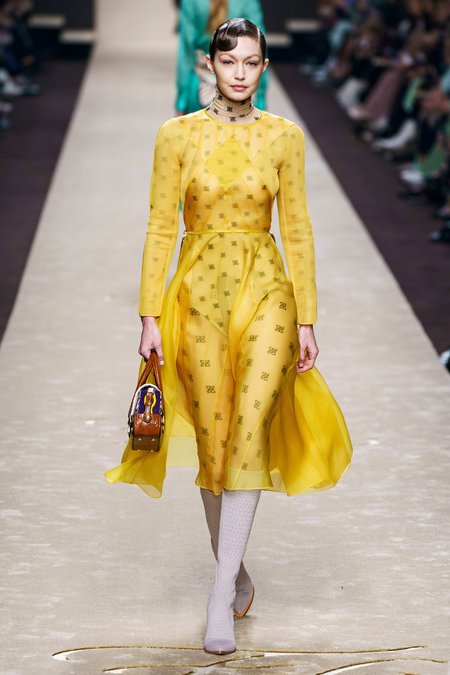 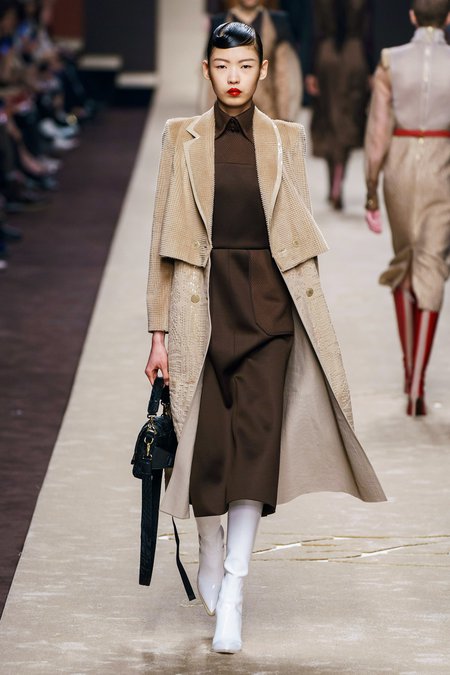 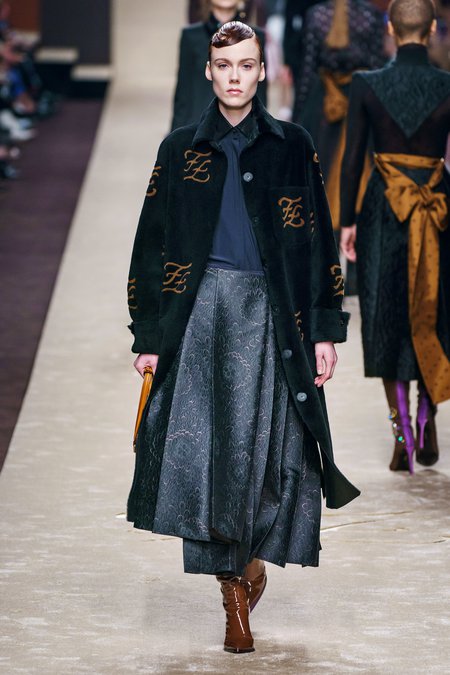 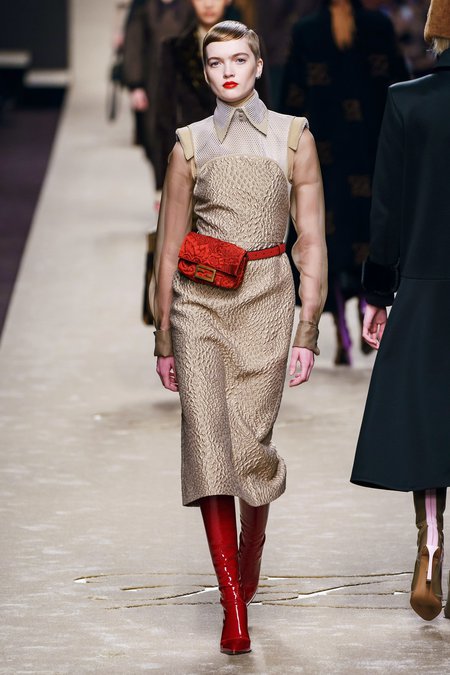 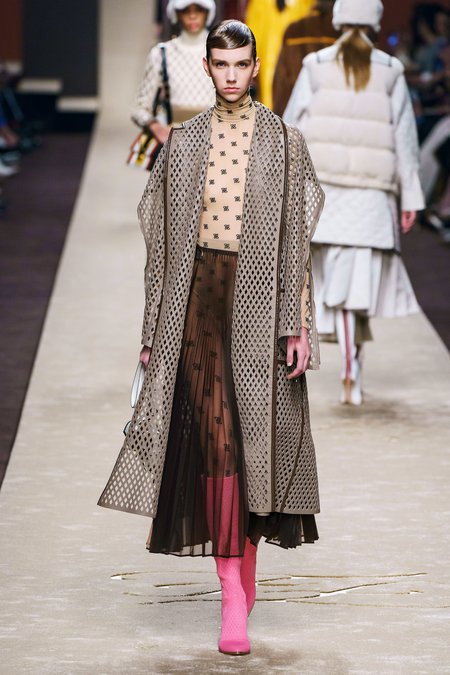 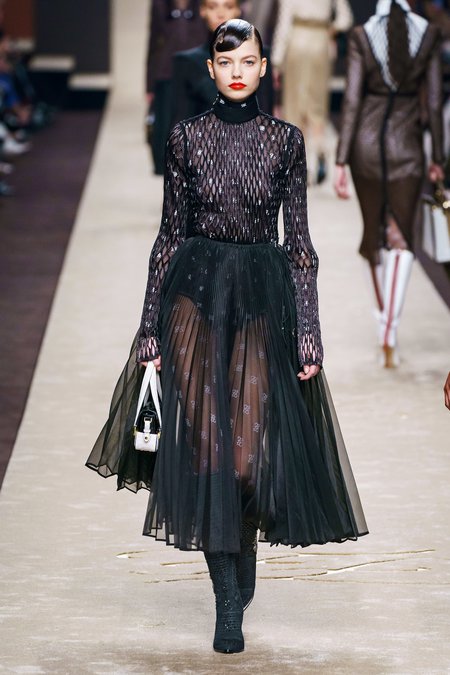 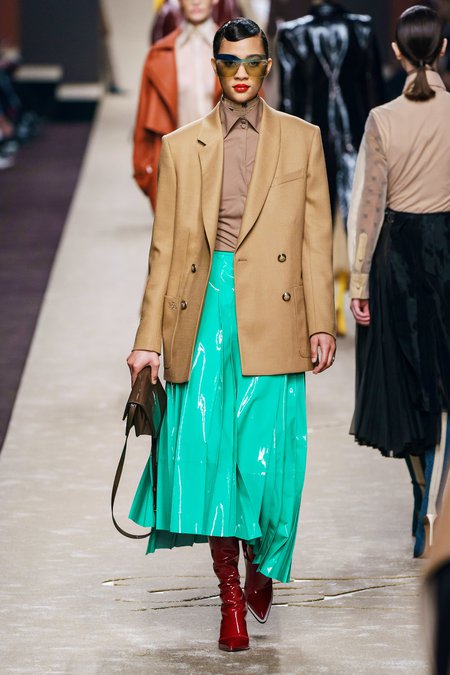 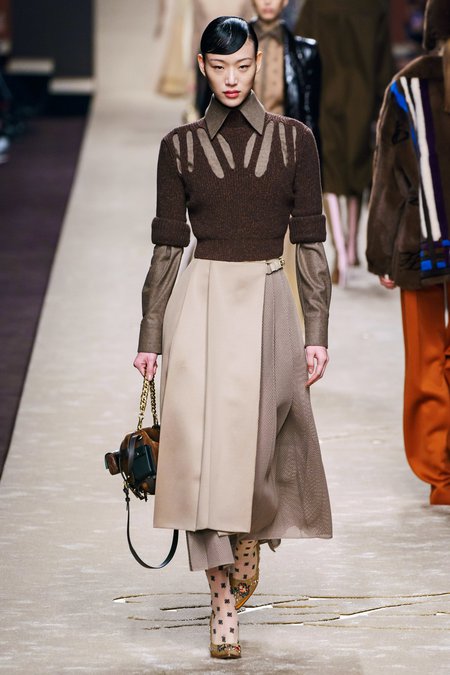 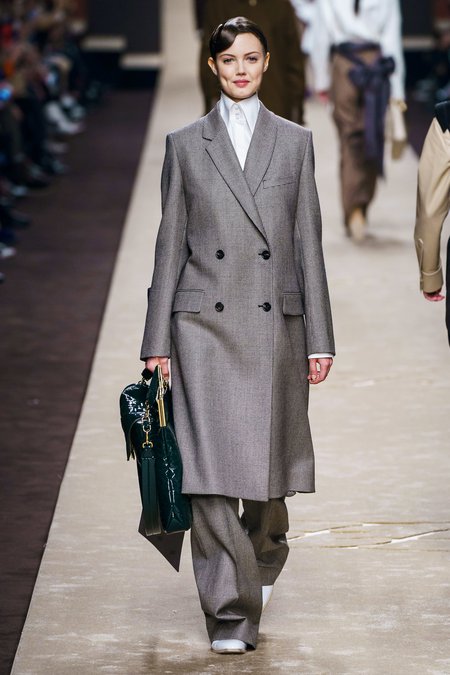