Gareth Pugh based his spring collection on a series of 60 costumes he created for a sun-themed opera about a perverse tyrant, “Eliogabalo,” using golden triangles and black stripes to depict rays of light. Set at the Brewer Street Car Park on the eve of the opera’s opening night at Palais Garnier in Paris, the theme was, according to Pugh, “essentially about an empire eating itself—so it feels alarmingly relevant.”

The shapes were deconstructed and used to cover shoulders and bustiers in haphazard ways. Set to a soundtrack of furious drumming, the opening look was based on a black sun, which also referenced 20th-century artist Francis Bacon's portrait of Pope Innocent X. "In one way the sun is a symbol of creation and warmth – an explosion of power and life – but it can also represent tyrannical power and destruction," Pugh said. 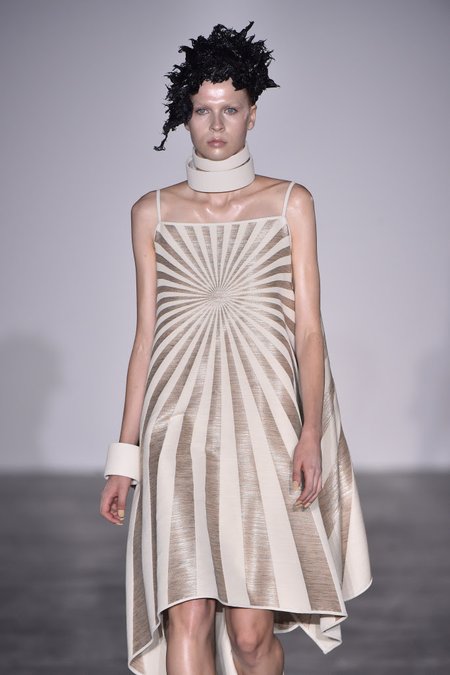 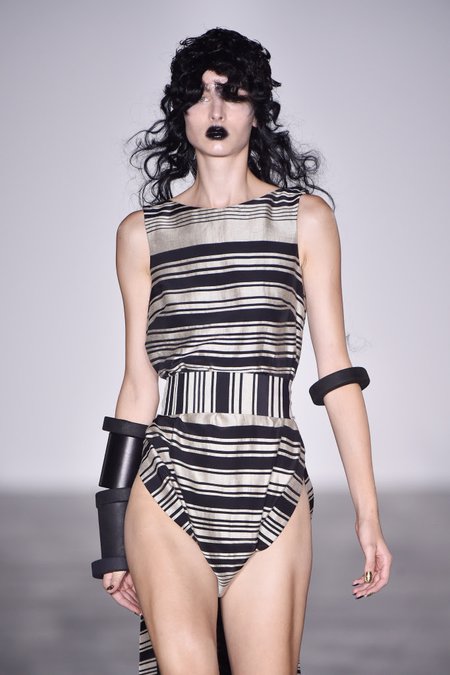 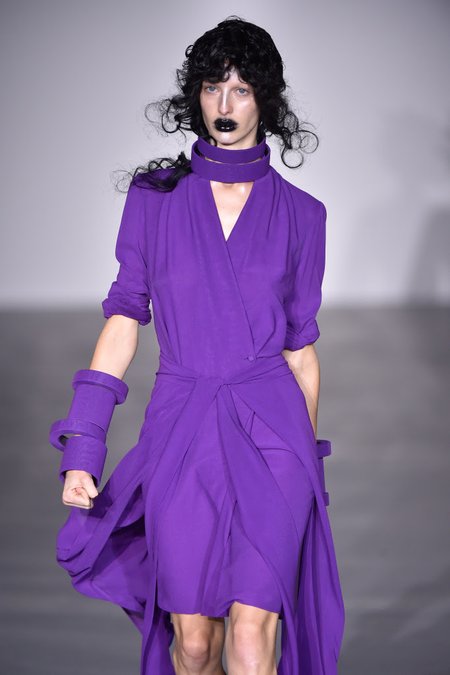 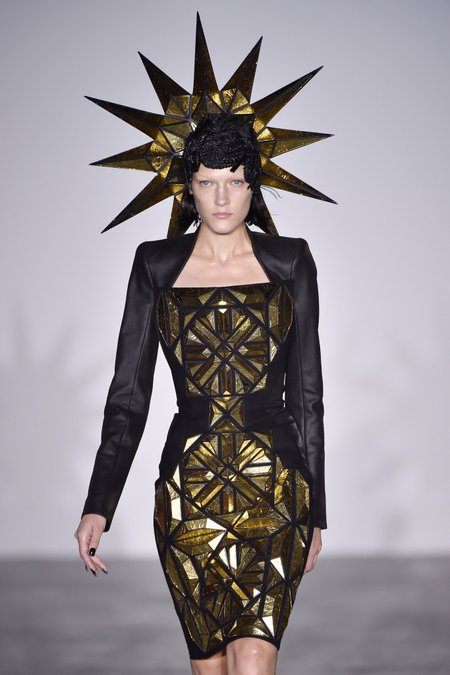 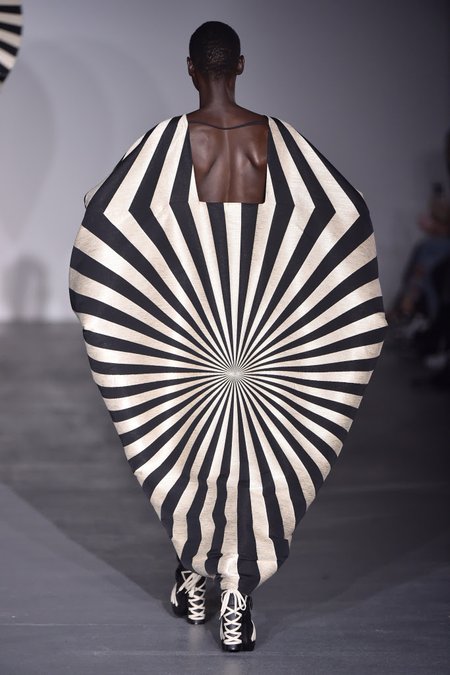 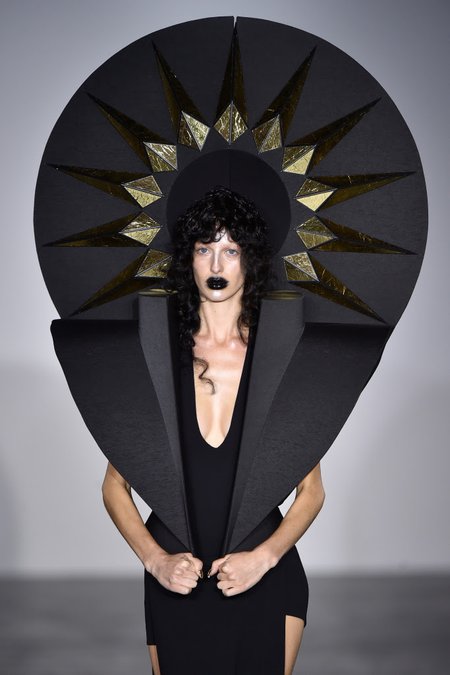