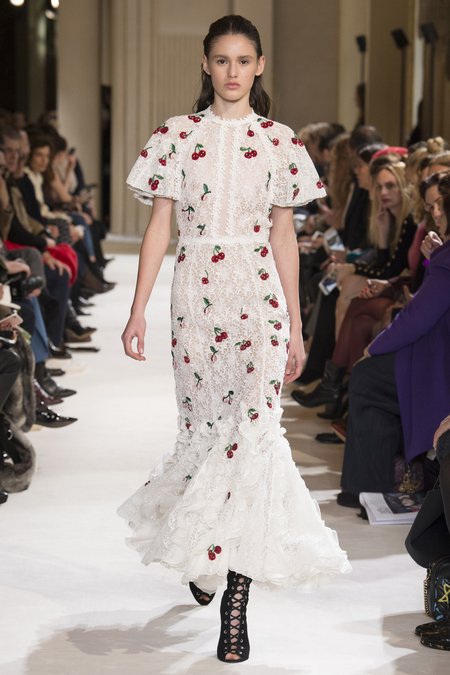 Giambattista Valli reaffirmed his status as couturier to the jet-set swans with a delectable series of frothy dresses and an updated version of la Parisienne’s uniform — a ruffly jacket paired with black running tights. Call it the modern lady who lunches, if you will.

Shown primarily in lipstick red, white and black, the narrow color palette provided a pared-down backdrop for a show that explored historic ruffles and frills. The soundtrack included Malcolm McLaren’s “Paris Paris,” with voiceover by Catherine Deneuve. And out paraded high neck looks with lace-up mid-calf boots — that might have been used for the can-can — evoking the French Belle Epoque's styles at the turn of the 20th century. Shoulder flounces, peplum skirts and sheer corset belts evoked a flirty boudoir vibe. The can-can was also evoked in a floral white dress with myriad layers of black tulle underskirt that kicked out stylishly as the model walked.

As for those, ahem, Nike tights shown with three of his fall designs — including a sculptural black taffeta jacket with ruffles cascading down the back — it wasn’t Valli hinting at some collab with the sporting-goods maker. It was, in fact, impromptu styling —a reinterpretation of today’s modern LBD.

Valli mixed classic fabrics like houndstooth wool, floral tapestry canvas and guipure lace with girly elements like sparkly embroidered cherries and strawberries, or a pattern merging heart shapes with polka dots. Stripes alluded to the sportier side of his muse, appearing on floaty knee-length day dresses and as a graphic diagonal motif on a fur coat.

Despite the references, the minimalist feeling in a simple red coat, with single, asymmetrical pocket, ensured this collection’s contemporary credentials. 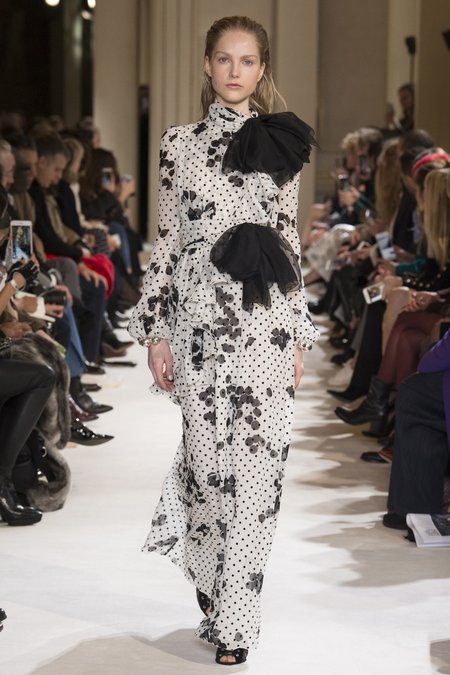 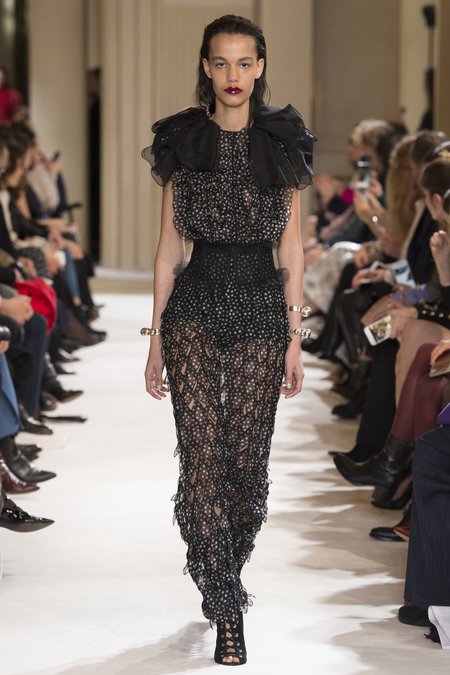 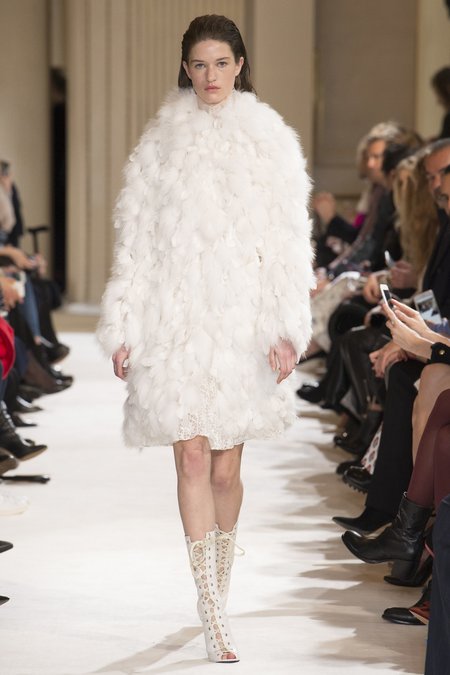 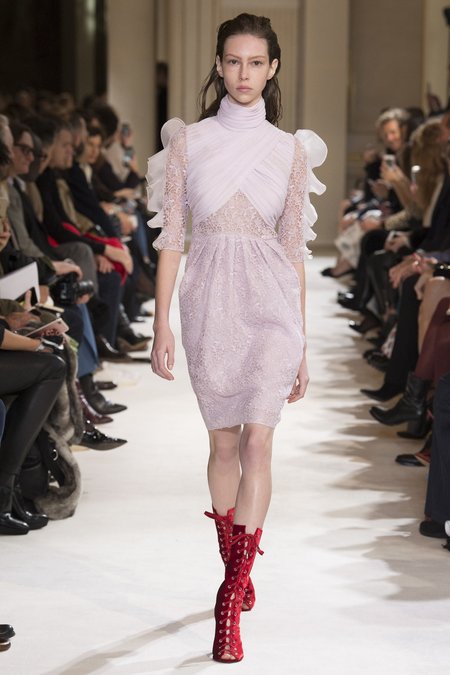 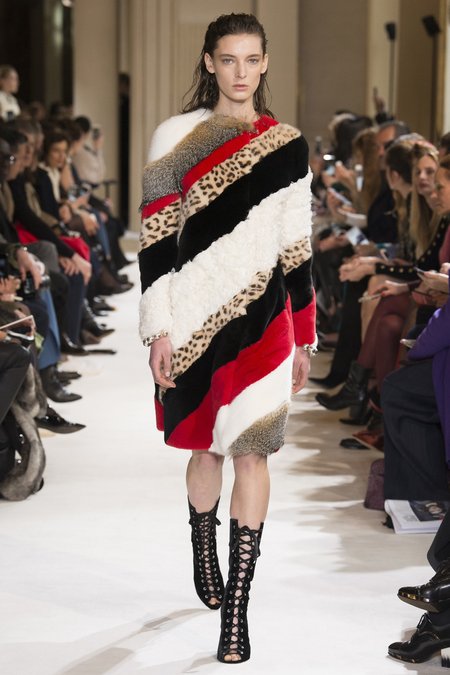 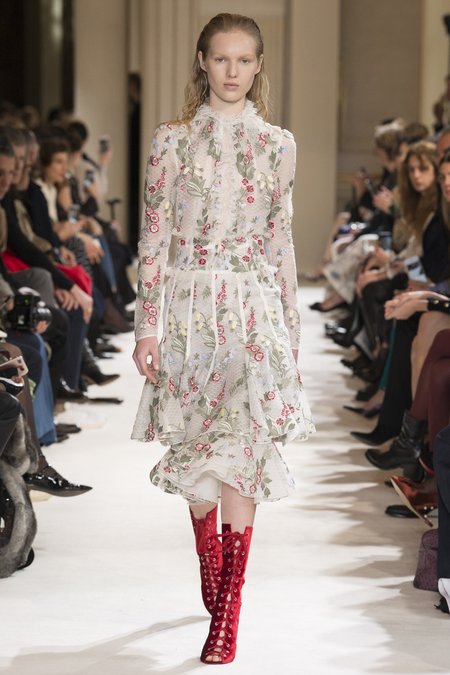