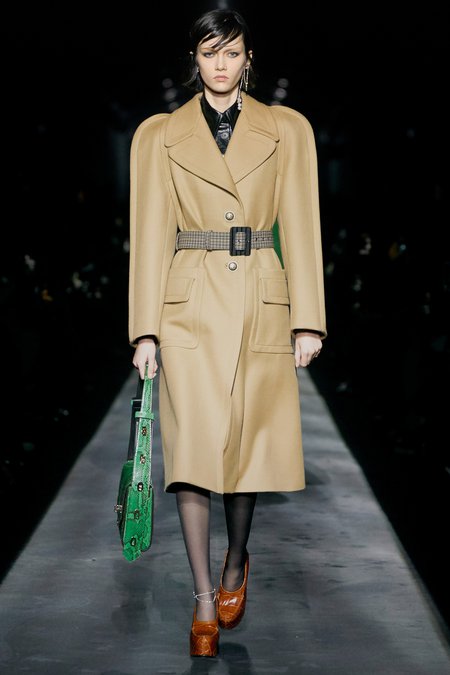 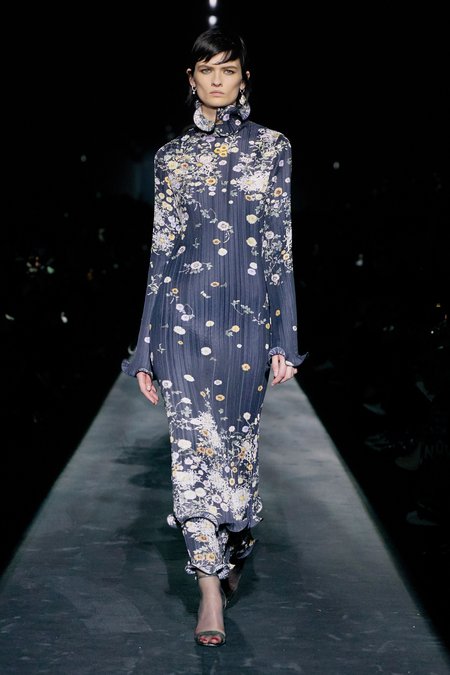 Guests arriving at the Jardin des Plantes were greeted by dramatic, floodlit letters that spelled out "Givenchy." Served red candied apples, they then proceeded down a long walkway constructed inside the gardens, where, up above, the see-through tent space menacingly showcased large canopies of trees blowing in the wind. It was time to delve back to our origins... to the temptation of Adam and Eve.

An eye-catching palette of blood red, vivid blue, peach, lime green and almond punctuated throughout the show, there hues reminiscent of a lush garden -- but with heavy doses of black throughout, signifying danger was ever present. This was Claire Waight Keller's "Winter of Eden," where geometric and sculptural shapes converged with 70s Renaissance sleeves, ruffles and capes for a broodingly chic collection. Nothing serene here, folks.

Reptilian references were strong. Seemingly to emerge from the botanical patterns featured, the snake heels and bright red snake coats felt organic on plissé floral-print silk gowns while an extended round shoulder with exposed seams gave the illusion of an exoskeleton (fishing wire gave the hems their wavy shape). A bevy of micro-pleated dresses ran the gamut from above the knee to midi length while tailoring also stood front and center in a double-breasted corset jacket with a flounce of crinkled taffeta. In a season that has been lacking somewhat on the formality front, Waight Keller had plenty to offer. 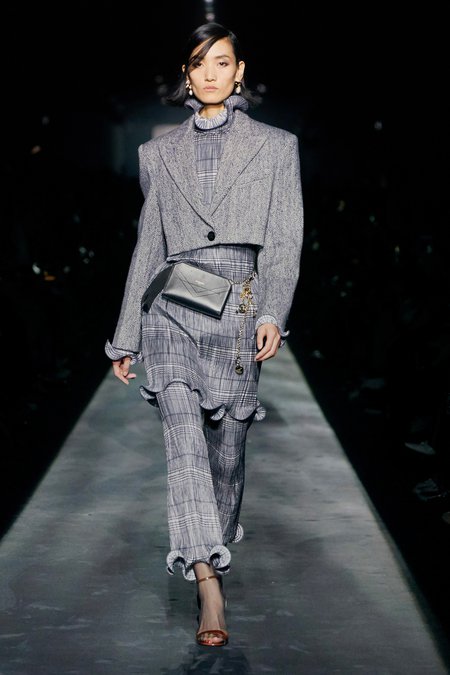 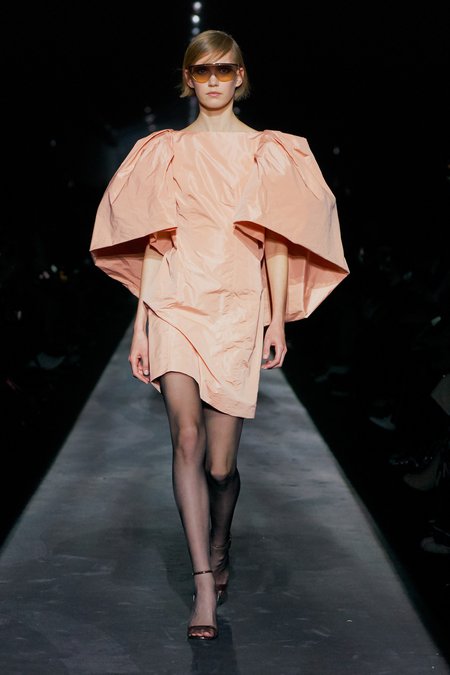 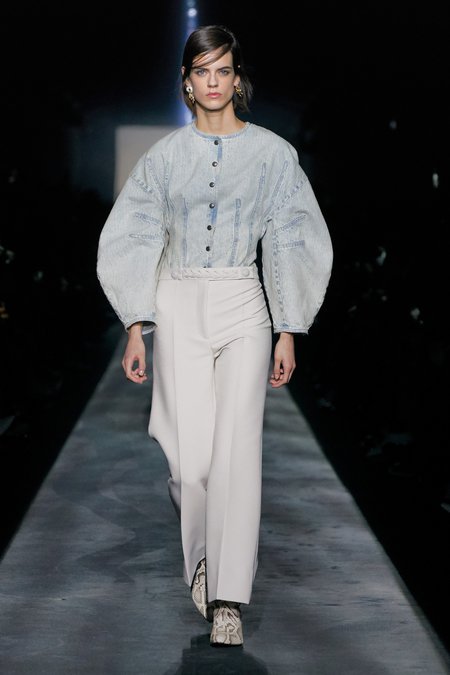 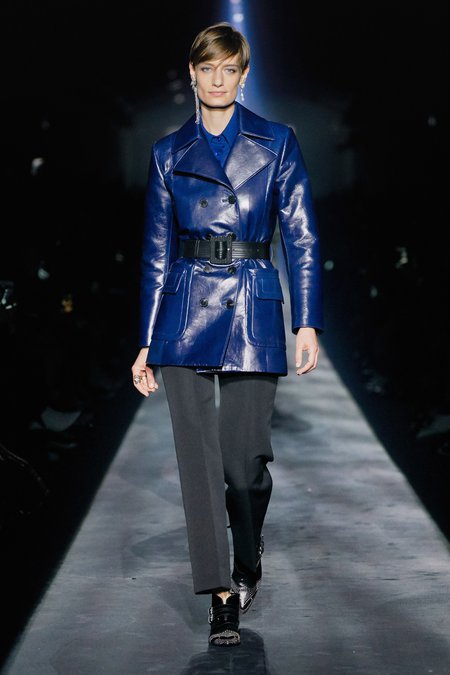 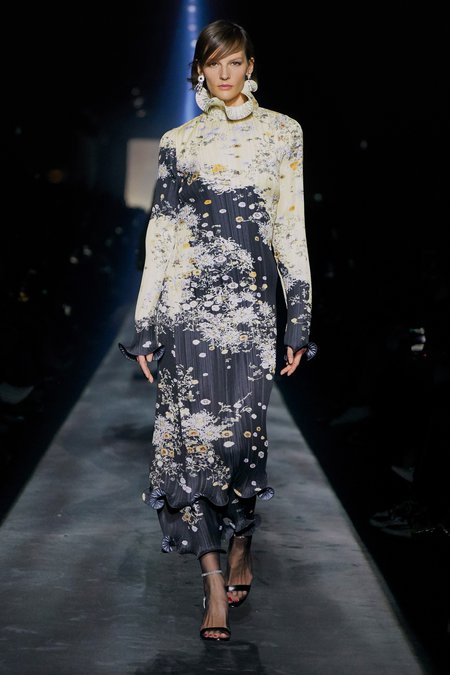 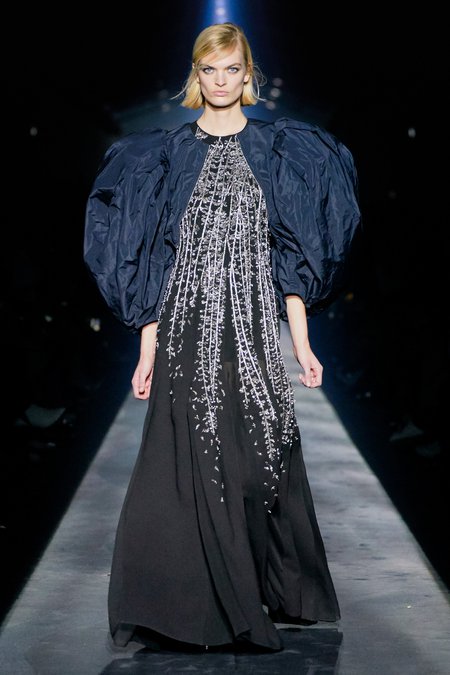