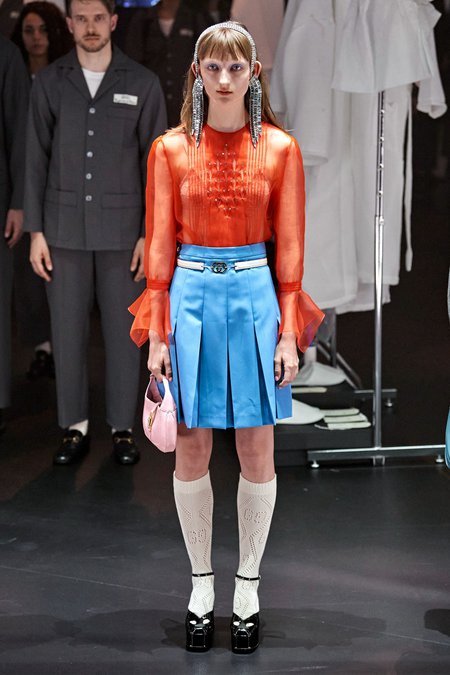 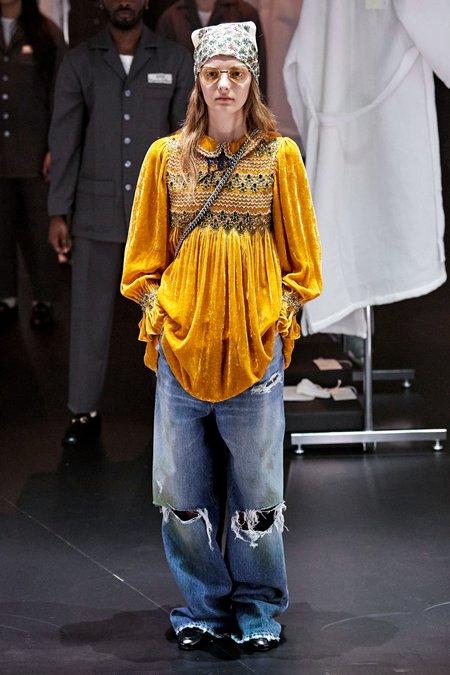 Turning the backstage into the runway, Alessandro Michele, with a fall show entitled "The Ritual," once again had us worshipping at the church of Gucci. "I have always considered the fashion show as a magic event bursting with enchantment," his show notes read. "A liturgical action that suspends the ordinary, loading it with an excess of intensity. A procession of epiphanies and expanded thoughts that settle into a different partition of the sensible."

As the models took their places at the front of a carousel like mannequins on display in a theater, Michele's genius for decoding brand DNA took center stage: pilgrim-style black dresses with white bibs, girly seafoam suiting, '60s mod miniskirts and toggle coats, XXL collars, Marie Antoinette-approved gowns, S&M harnesses and ripped tights and references to Catholicism in giant cross necklaces, natch. Michele may have been the one orchestrating the show, but it was his army of Gucci employees, all clothed in matching uniforms, that received the deserved recognition. 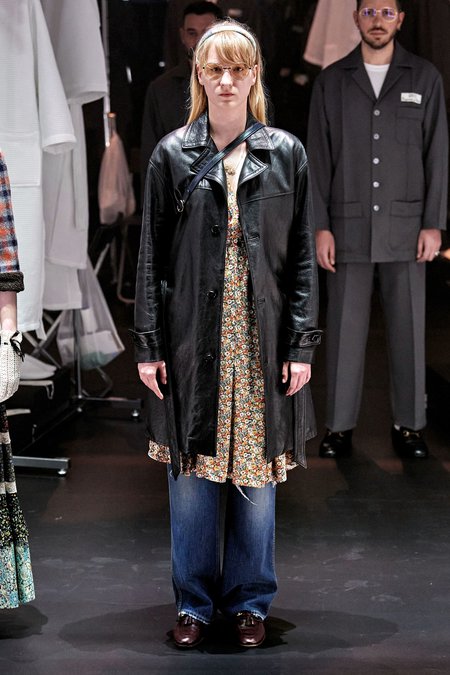 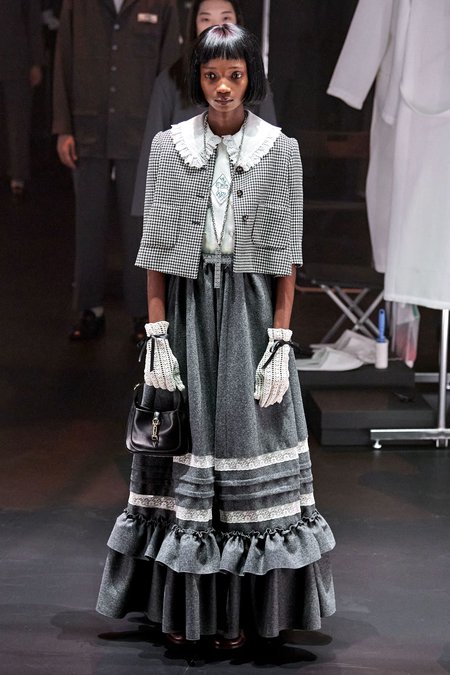 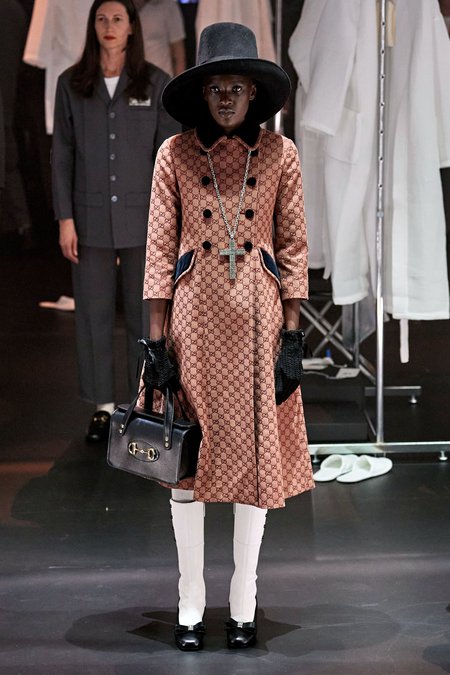 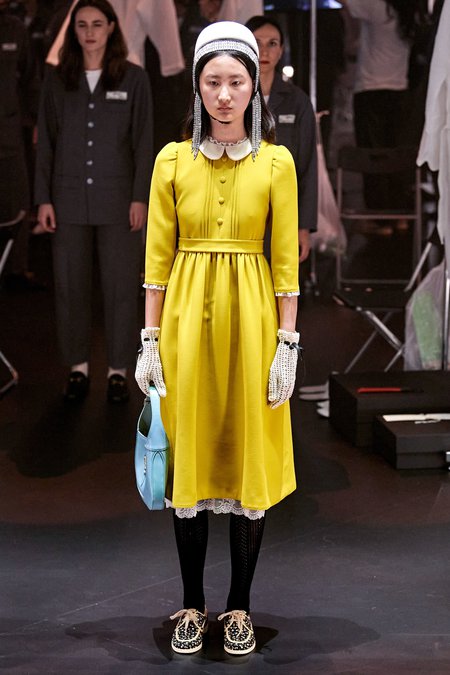 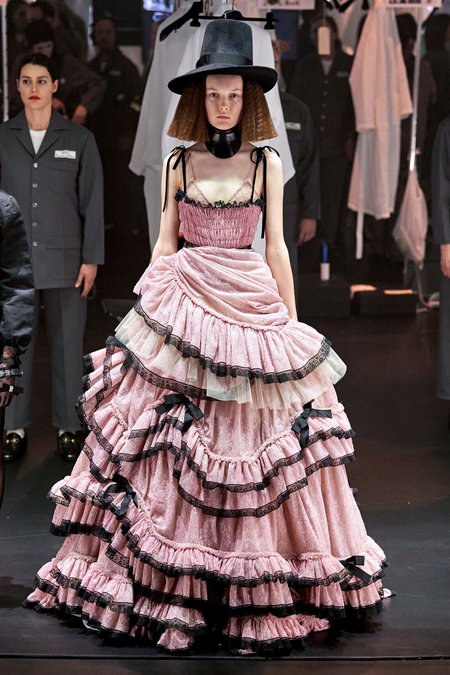 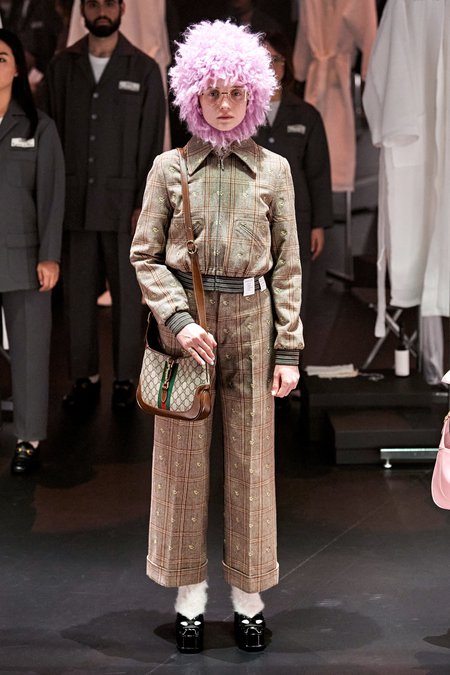