Paris is filled with new designer debuts this season, and one of the most anticipated was Bouchra Jarrar’s first runway collection for Lanvin, the oldest surviving French fashion house in continuous existence. As a relatively unknown French designer who was previously designing her own namesake couture label, she built on the strong legacy left by the beloved Alber Elbaz—all the while infusing her own practical spin.

While the collection, with its mix of sex appeal and second-skin ease, spoke volumes, there was also a pronounced emphasis on a single appendage: the arm. Jarrar’s cast of models looked plucked straight off Paris’s chicest of streets, the women clad in sleeveless lacquered fur vests and black trousers or beautiful mini dresses.

Beyond that, pajama style striped silk pants and loosely belted shawl collar biker jackets continued her aesthetic of languid design while tuxedo jackets and even a printed caftan or two revealed just enough to scintillate the eye. Paired with crystal encrusted flat slides and crystal mesh scarves and tassel pendants at the neck, the debut collection exceeded in several fronts. Jarrar delivered on her training as a tailor for women, creating a rigorous but sensuous new Lanvin for women to lovingly embrace. 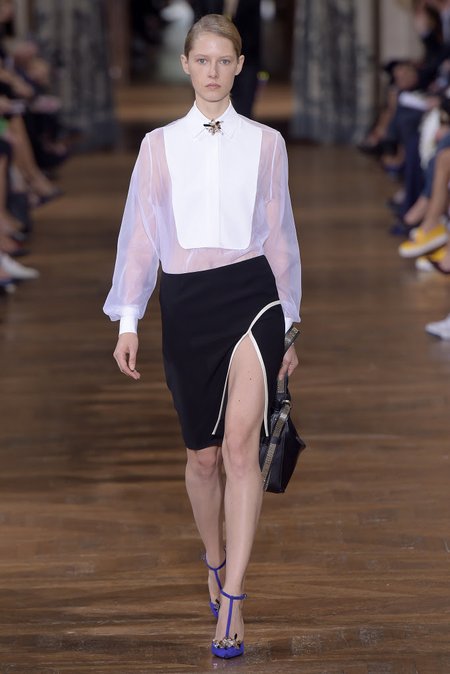 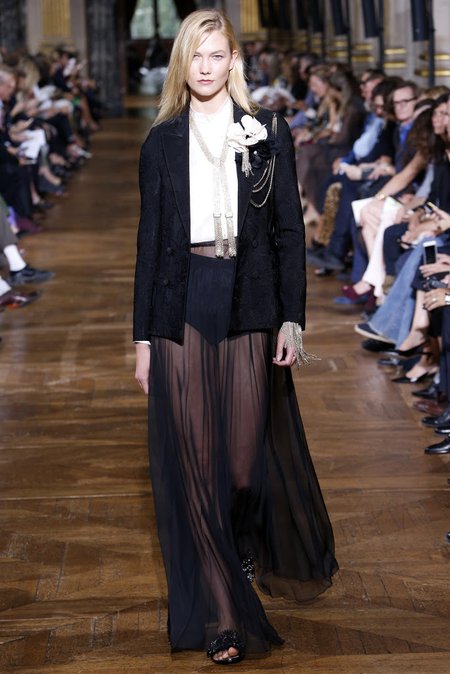 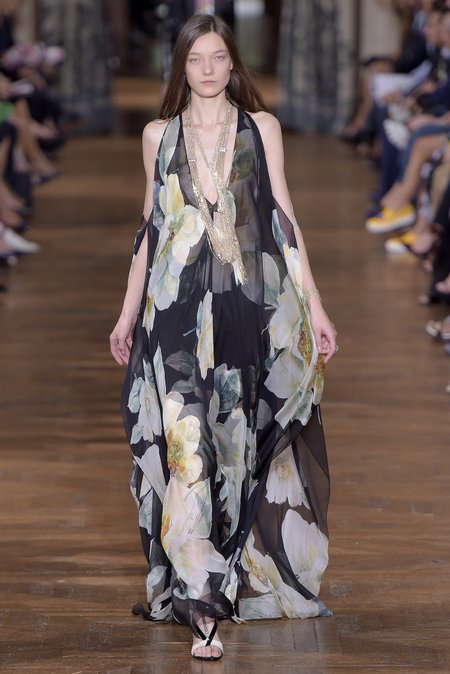 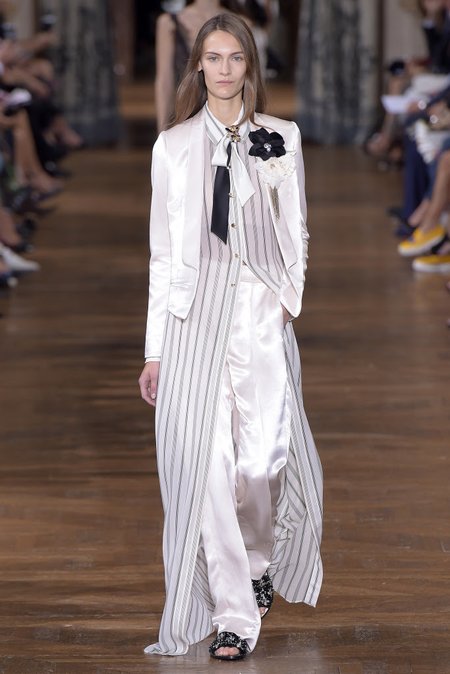 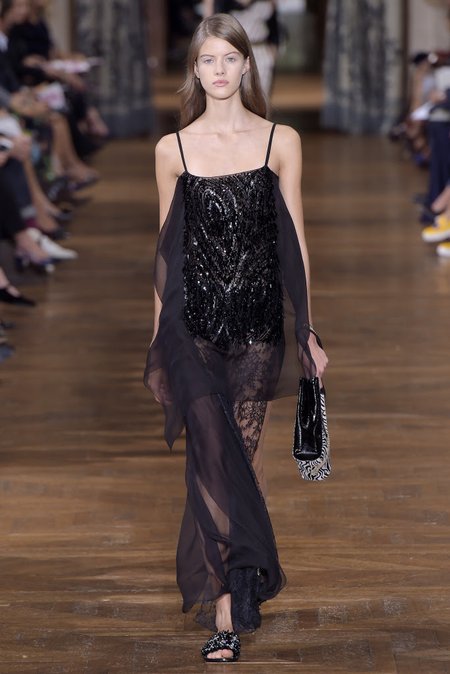 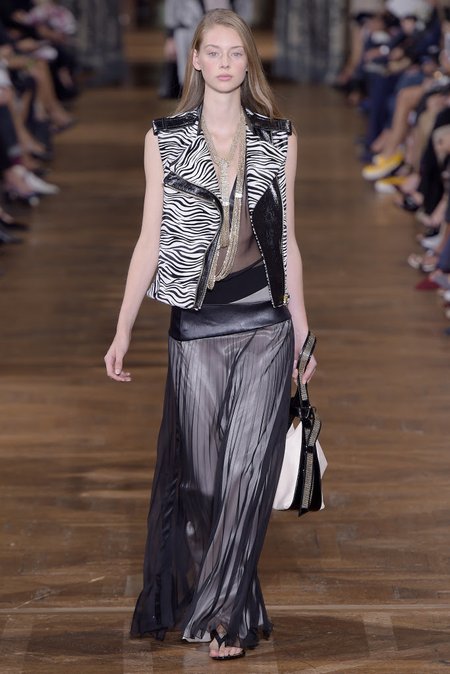 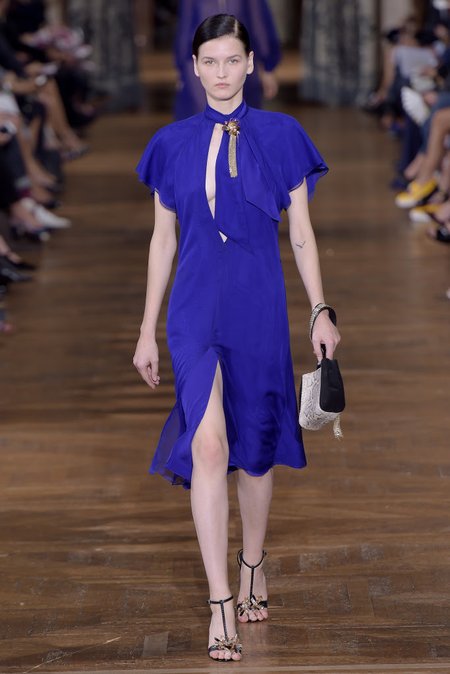 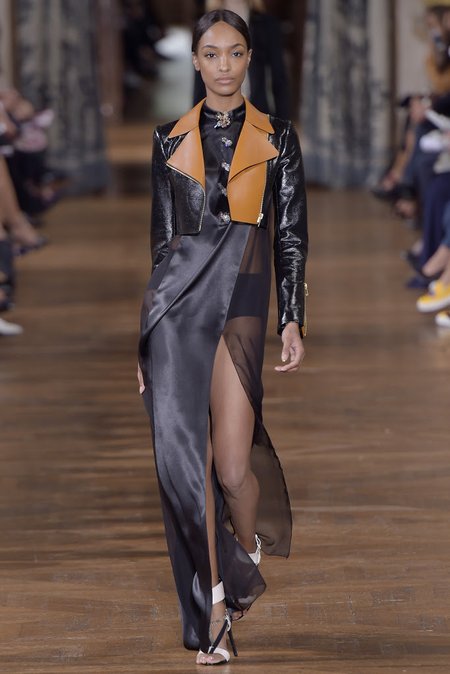