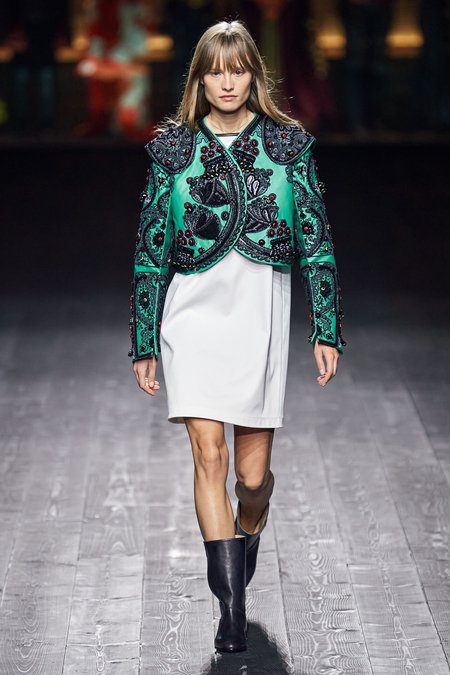 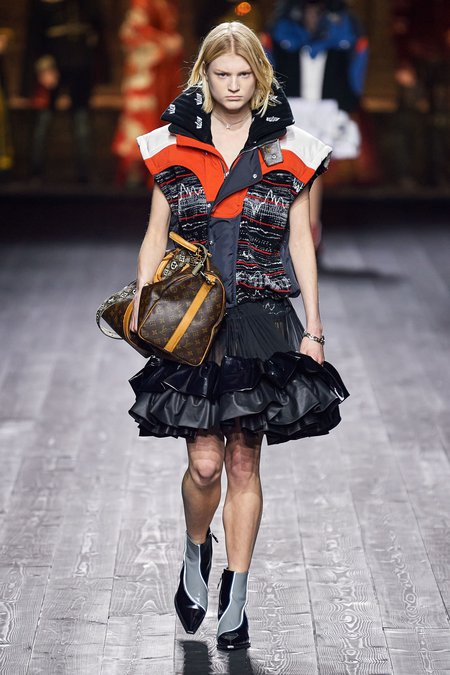 Nicolas Ghesquière capped off a month of fashion shows -- made all the more daunting by the expanding onset of the coronavirus -- by reminding his audience the world over why they love fashion. In collaboration with costume designer Milena Canonero, his stupendous production at Louis Vuitton starred a backdrop of more than 200 choral singers, each one wardrobed in historical garb dating from the 15th century to 1950. The collection glistened with nods to Elizabethan and medieval times: puff skirts with layers in gold; two-point hats; pantaloons; bejeweled and embroidered jackets with semi-circular lapels and exaggerated wigs and crinolines. A bit scattered, yes, but there was a lot to cohesively appreciate. Among the strongest looks were the multicolored ski jackets and silk knee-length dresses in tiger prints. 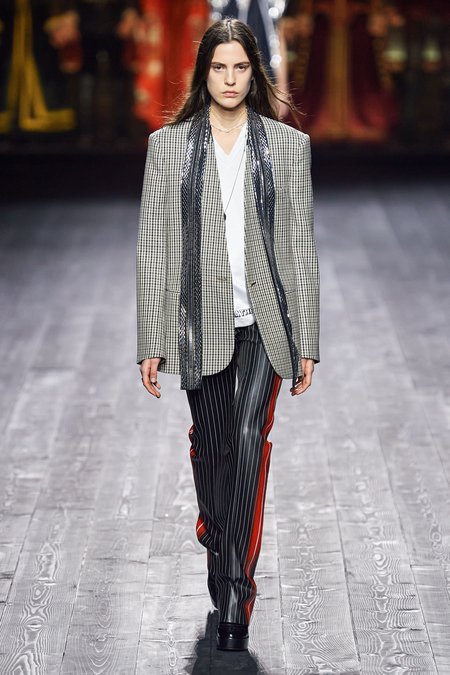 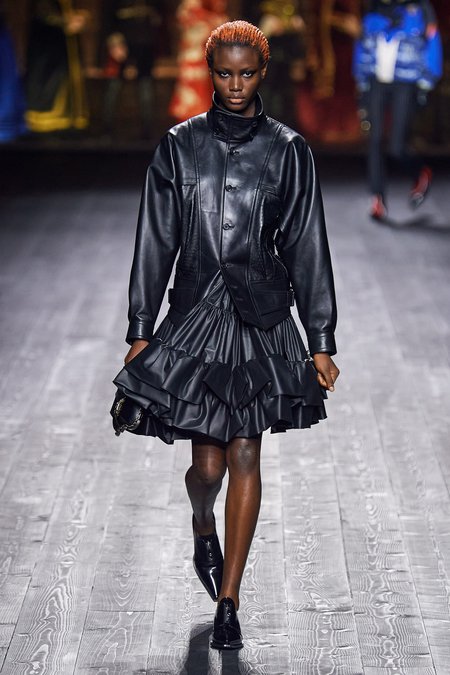 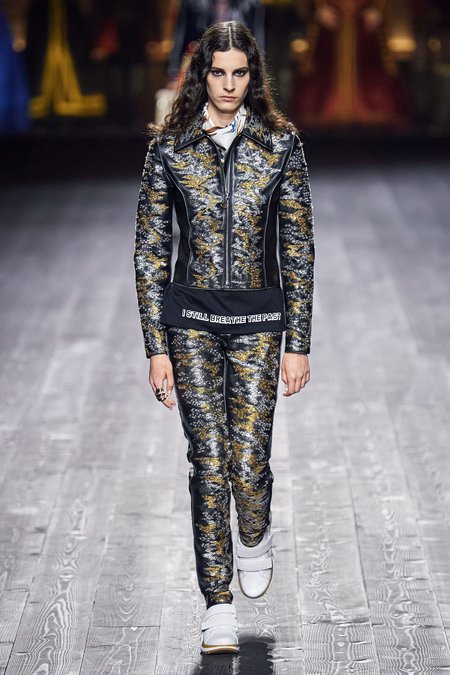 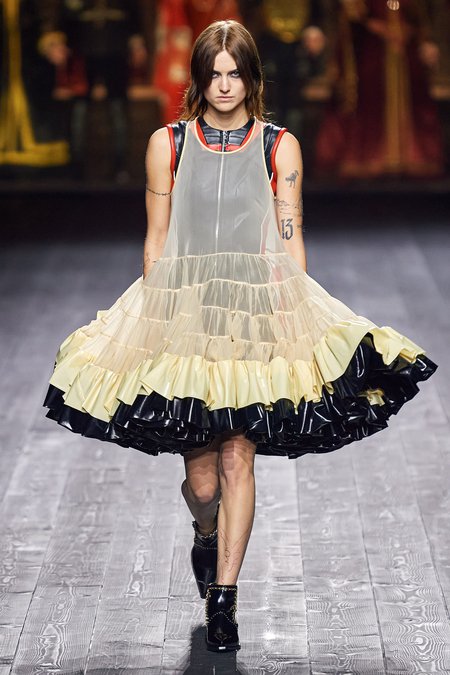 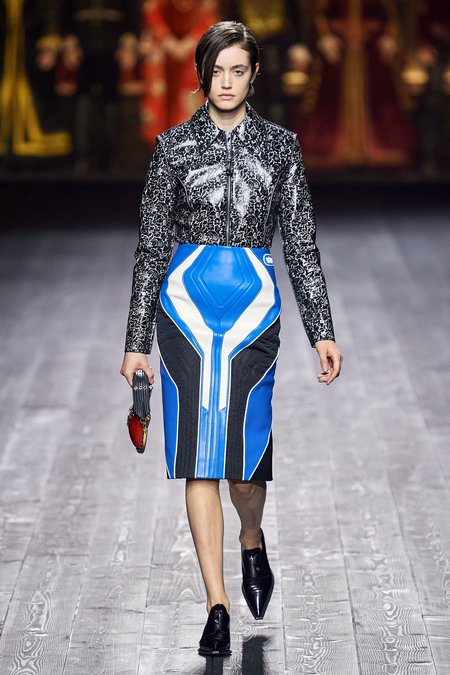 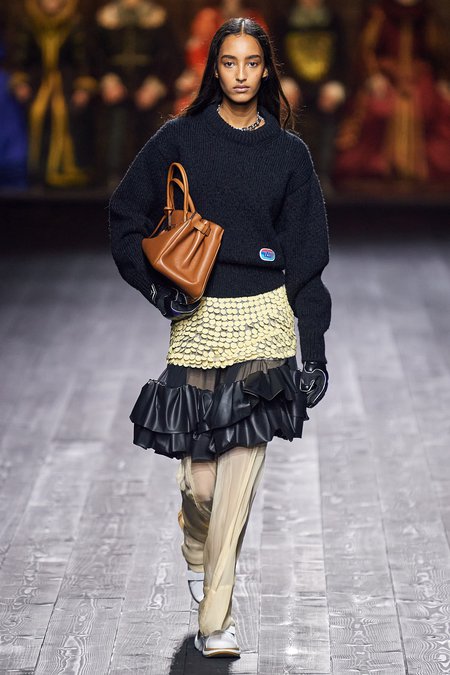