In one word: connected. John Galliano came full circle with his Maison Marginal Spring 2017 show—one that delivered a strong sign of unity in a time of such global divisiveness.

The show began with snippets of John F. Kennedy’s infamous Moon Shot and Martin Luther King’s “I Have a Dream” speeches. One of the first looks out was a black T-shirt dress with a modest graphic of a hand holding two flowers attached to one stem. It was a poignant attempt to achieve some sort of Zen.

One by one, models came out wearing headsets, earrings and face jewelry resembling antennas. Or perhaps they were reflective of a more sports-centric culture he has immersed himself in now that he, too, is spending more time in Los Angeles. How else to explain the looks that came accessorized with backpacks with yoga mats attached, neoprene sandals and wetsuits and, well, fairy ears?

All that hardware was juxtaposed with soft wear: shiny leggings; sheer color-blocked anoraks; skirts and dresses that peeled away from the body and skirts embroidered with pink metallic paillettes. One model even wore a pink sweater and a matching bodysuit with a big black belt around her waist, a bright blue rubber head wrap and matching lipstick. One model wore goggles that looked as if they had been left in the sun too long and had melted.

Helping balance out the zany were earthy checked jackets and colorful cable knit sweaters rolled into scarves that looked like therapeutic neck pillows. The overall feel was athletic and innovative. 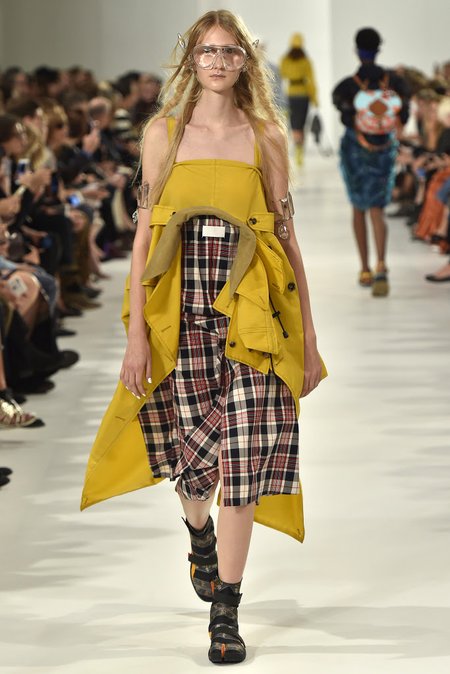 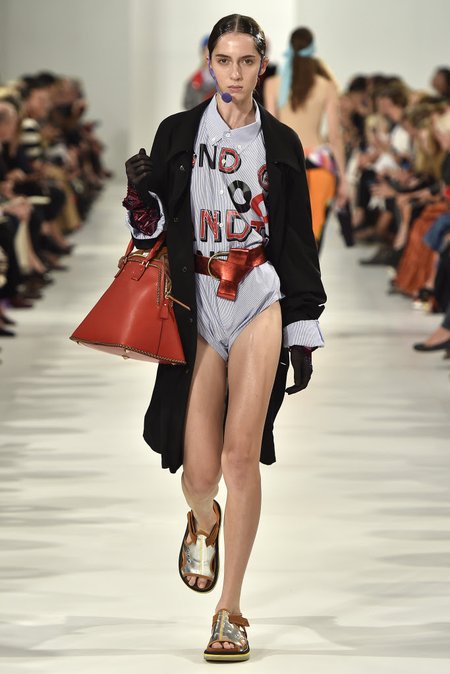 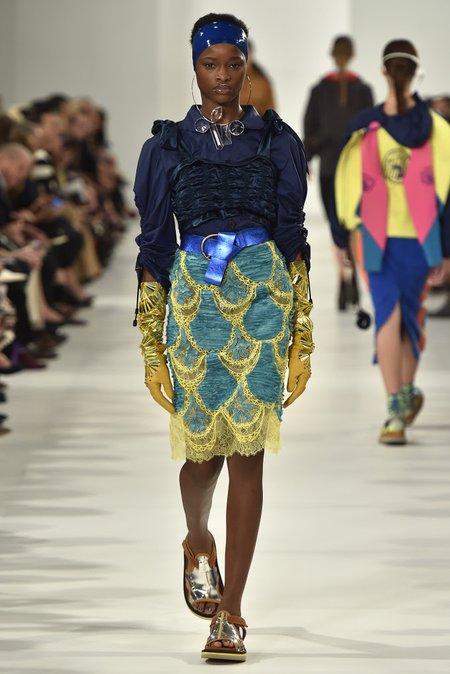 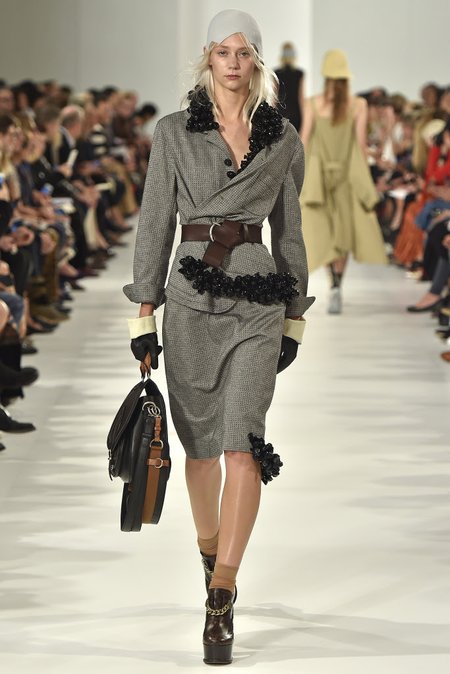 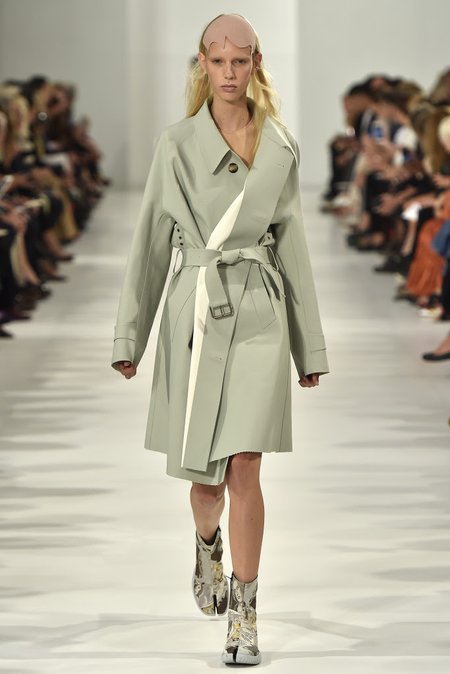 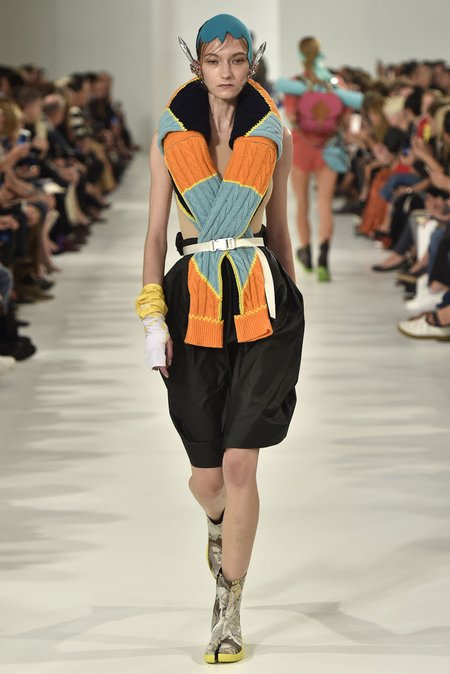