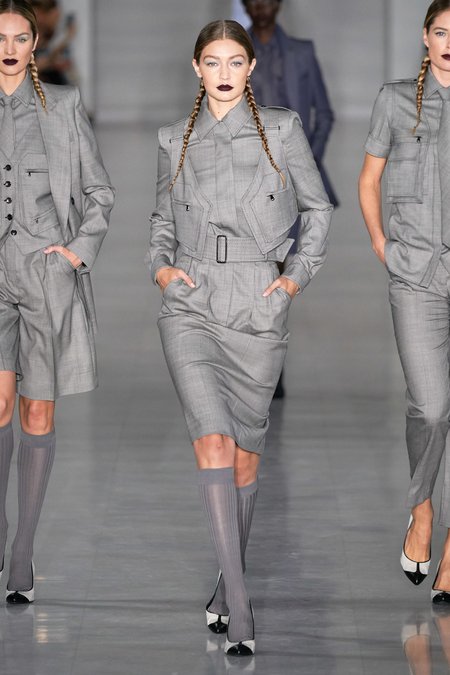 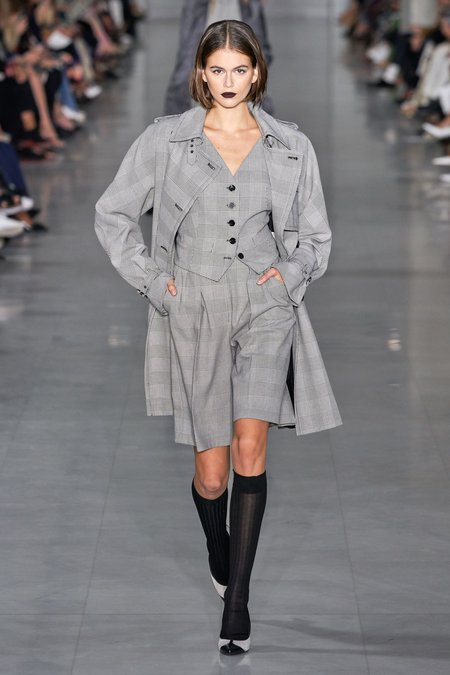 Fresh off her big Emmy win for "Killing Eve," actress Jodie Comer lived up to her femme fatale reputation as Max Mara's Spring 2020 muse. Her army of lookalikes stormed the runway at the house's spring show -- just one moment drawn from the actress and the series creator, Phoebe Waller-Bridge, recently brought on to redraw the script for the next James Bond film.

Indeed, this collection would be at home on any female 007, a wardrobe heaven for a spy perfect for car chases to black-tie balls. To start, Candice Swanepoel, Gigi Hadid and Doutzen Kroes emerged in variations on a gray suit with military-inspired details. From there, Griffiths presented the idea in total-look pastels, camel and khaki, or Prince of Wales checks even... these are clothes for a woman in charge.

And despite being known for its outerwear, coats were downplayed for spring save for an icy blue cashmere number that was generous in proportion. Instead, in addition to showcasing softly structured dresses and a group of black-and-white polka-dot pieces, the emphasis on evening wear in the form of salopette-style dresses was most noticeable -- and well received. Because a Bond girl knows nothing if not her powers of seduction. 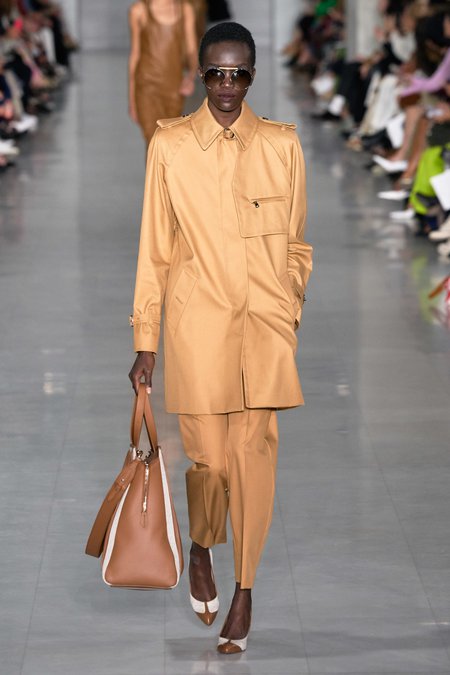 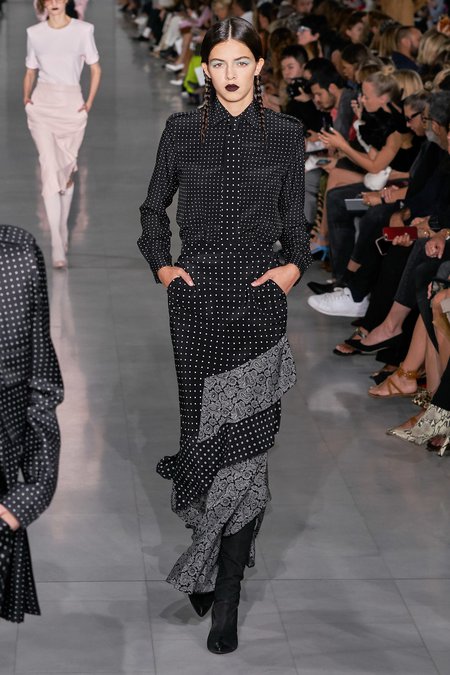 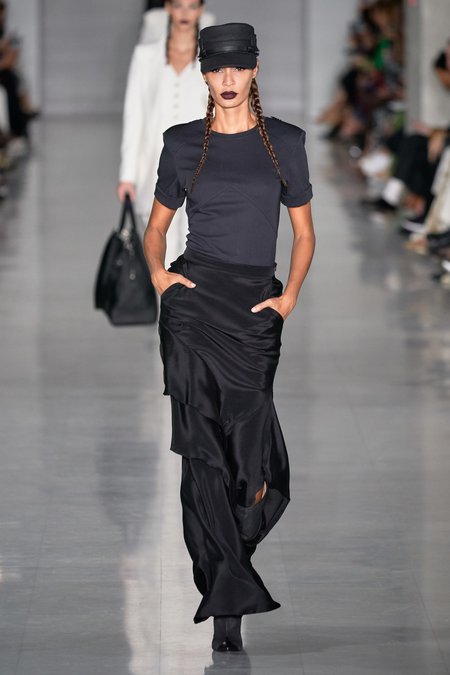 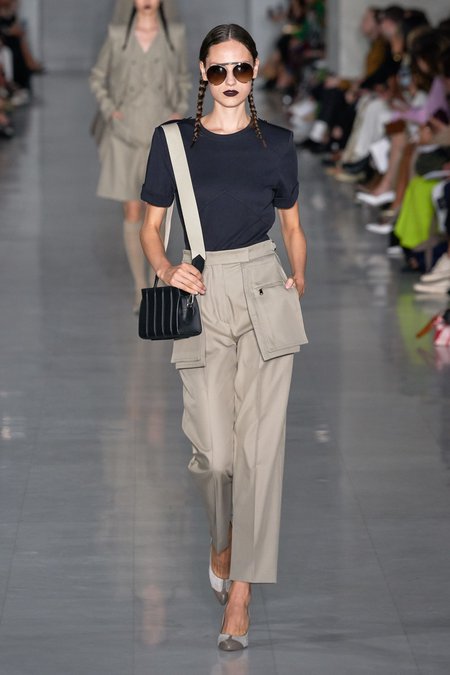 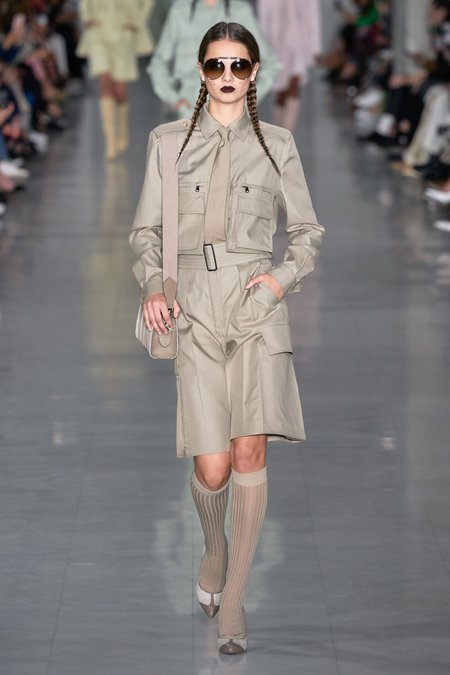 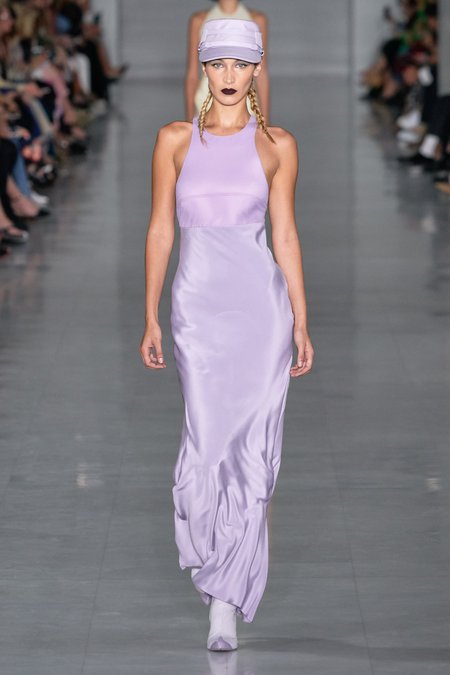