No matter the world’s woes. At Michael Kors things are always sunny and bright.

At his spring show Wednesday morning, the always chipper designer enlisted his friend Rufus Wainwright to provide a live soundtrack to his runway show. It was a blast. Performing songs by Judy Garland and from his live album of the Hollywood legend’s hits, the nostalgic ballads were a perfect complement to the 1940s romantic vibe of the collection. Kors called it a “powerful romance” and showcased simply lovely floral patterns in pink, red and orange as well as blue, green and white.

The clothes were the sort of seasonless items that every woman should have in her closet: classic trench coats, the aforementioned florals in both blouse and dress form (the latter modest cuts), a fun sweater with LOVE printed on the front and oodles of gingham and hot pink (or azalea). It was quintessential New York—but at home in any glamorous city. As with many shows this season, ruffles were also liberally featured, here on silk chiffon skirts and shoulders.

Accessories are always aplenty at a Kors show, and for spring key pieces included belts of all widths, clutches, satchels and cork-soled platform sandals and wedges. The exaggerated proportions were at once both comfortable and street-style savvy. 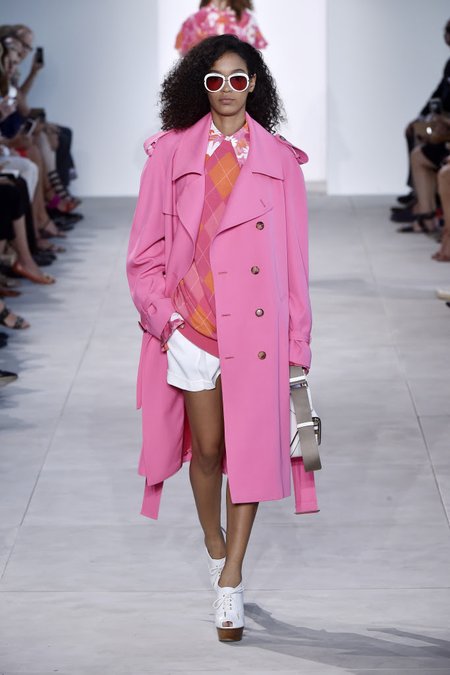 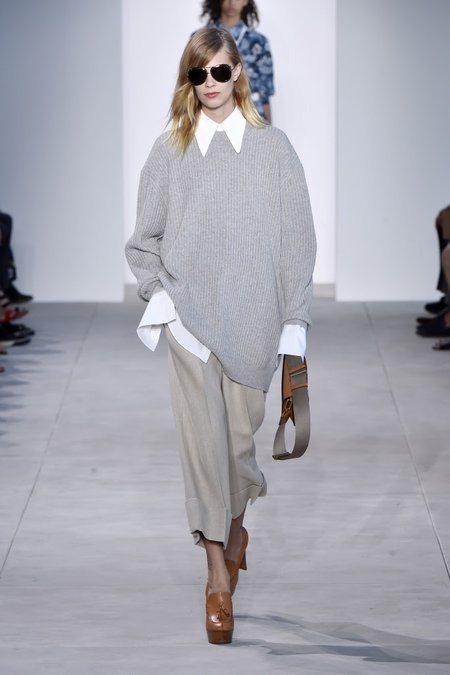 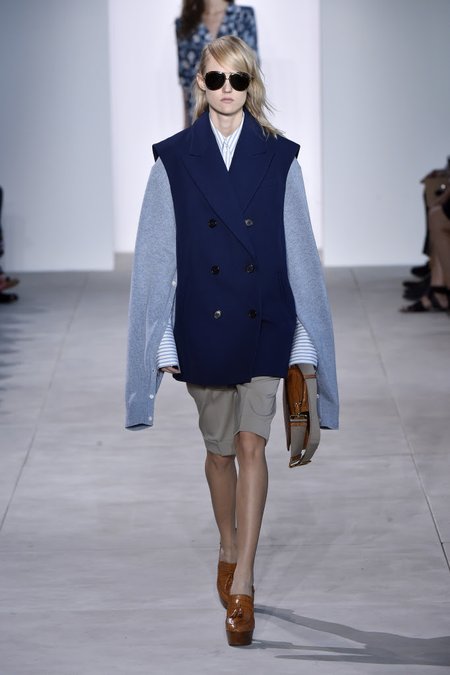 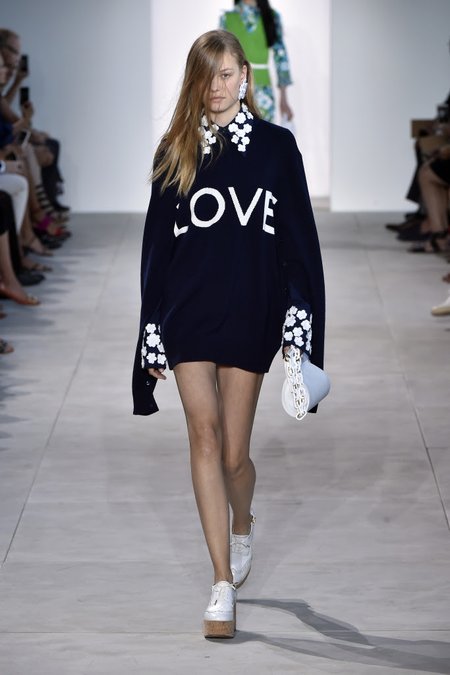 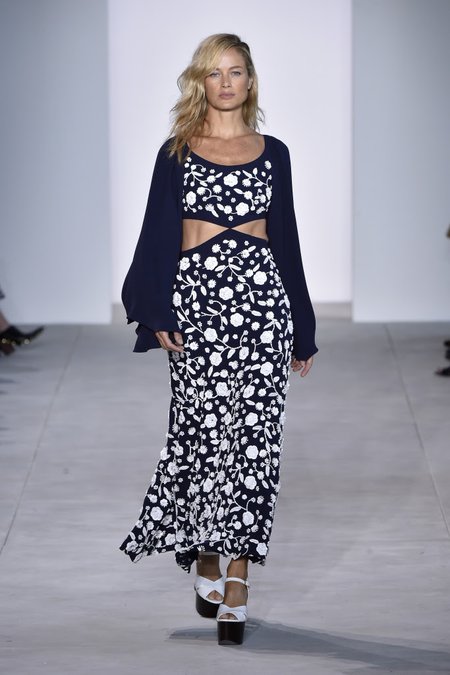 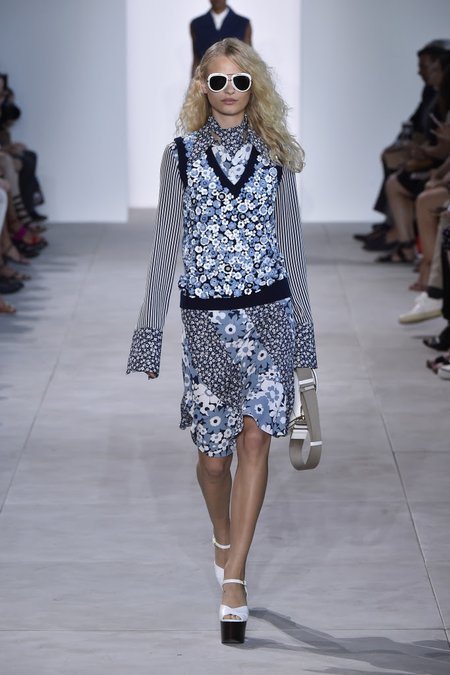 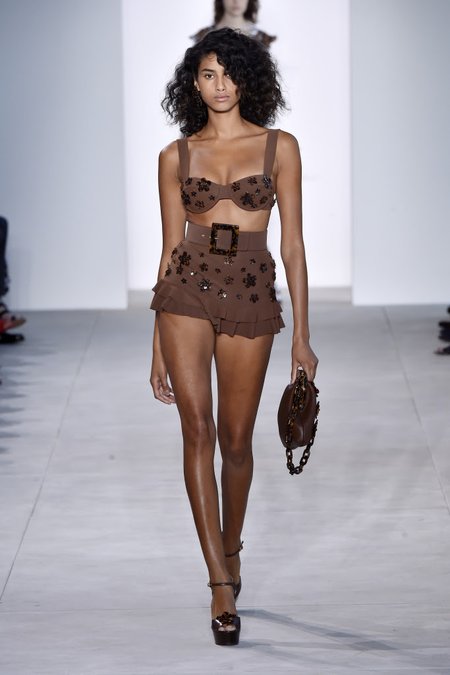 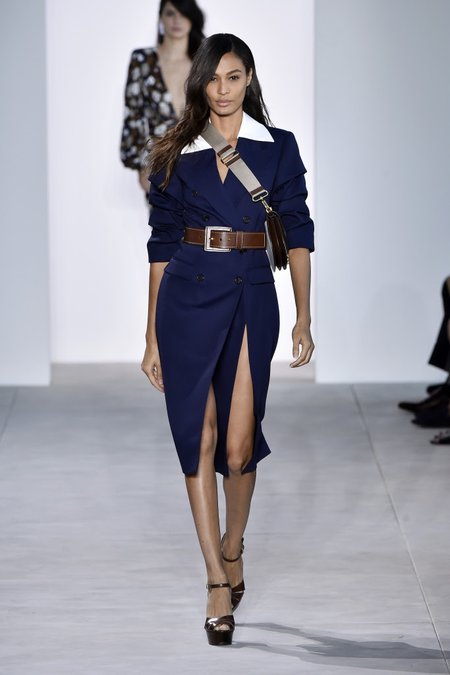