Set against a landscape of barren desert and sharp-edged boulders, Giambattista Valli’s spring collection for Moncler Gamme Rouge featured the sort of battle-tested garments one would imagine on the chicest of French military soldiers. Vive la France!

The ode to the birthplace of the brand was fitting—what with the recent all-eyes-on-Paris mantra the world has adopted (for better or for worse is up to you). The wink to the French Foreign Legion came in the form of the shiny kepi hats—or hybrids of such—that opened the show to booming techno music. Cute and straightforward, the show featured multiple variations of jeans and varsity jackets. Cropped, flared or elongated, they range in a variety of fun materials, from quilting to crystals. Complete with laminated capes, sashes featuring the French tricolor flag across round-collar tops and on sneaker sneaker Velcro straps, there was a decidedly ceremonial vibe in the air.

Straps, perhaps inspired by a parachute, structured a sporty mini-dress in stone, while bombers featured architectural drawings of Paris landmarks.  Valli’s use of his signature blooms was kept to a minimum this season, but when they did appear, were rendered beautiful as prints on an X-shaped dress whose military chops came through loud and clear in both its fabric stiffness and shoulder epaulettes. 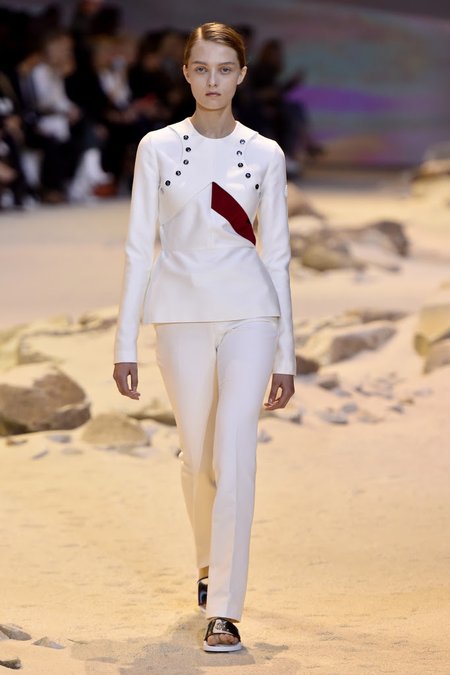 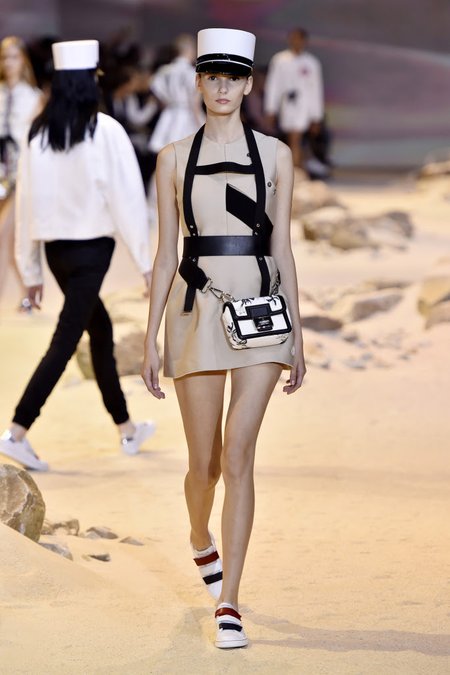 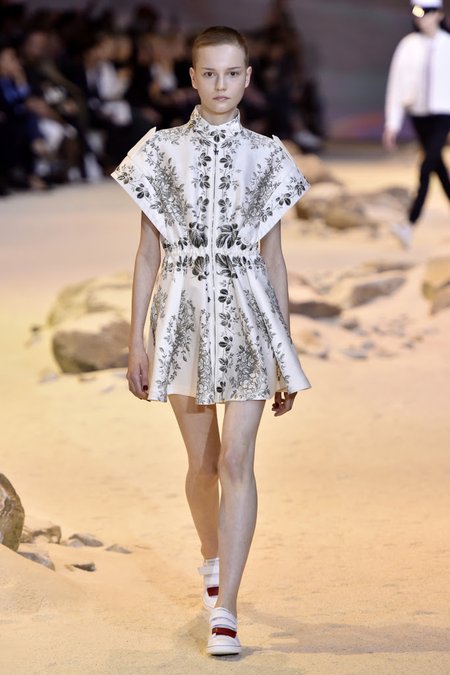