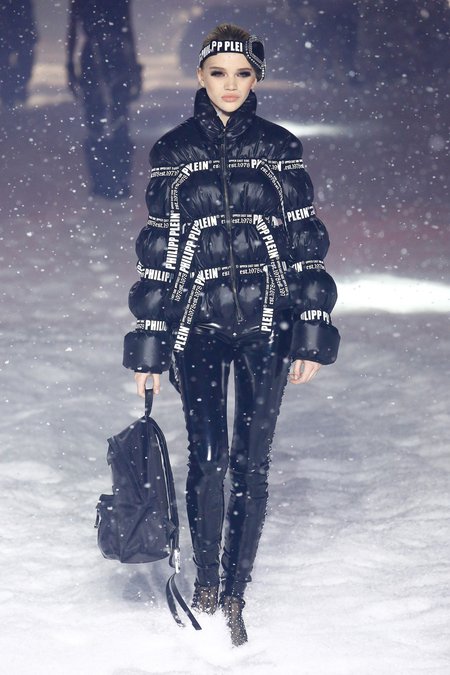 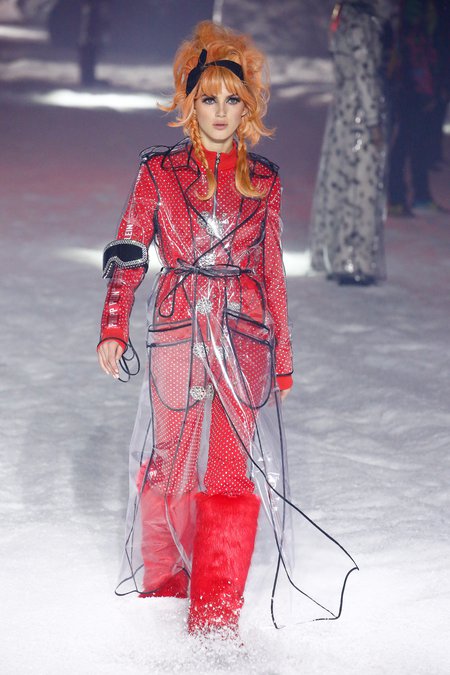 It was over the top even by over the top standards. Philipp Plein once again delivered an ultra-extravagant streetwear-meets-snow-bunny fashion show that mixed "Star Trek" with Swarovski crystals and a hyper-sexualized notion of female characters in '60s space television. The Winter Olympics might be taking place in Pyeongchang, but Plein was hell bent on staging his own bougie alternative to an opening ceremony at the Duggal Navy Yard in Brooklyn that was highly sexualized and bursting with bling.

With a full-scale, 60-foot-long UFO saucer suspended from the ceiling, the installation was complemented by a plasticky snow that fell from the ceiling to "set the mood." Beehive hairdos in pastel shades, winged eye liner juxtaposed the crystal-covered track suits and ski pants. Irina Shayk opened the show clad in a black catsuit and patent stilettos, and the clothes that followed were a mix of punk rock meets ski and snow. The models wore metallic puffers, colorful tie-dyed fur coats, sequined track suits, fur boots and Playboy logo-infused accoutrement. Much of it was branded with Plein's name and his conspicuous logo. 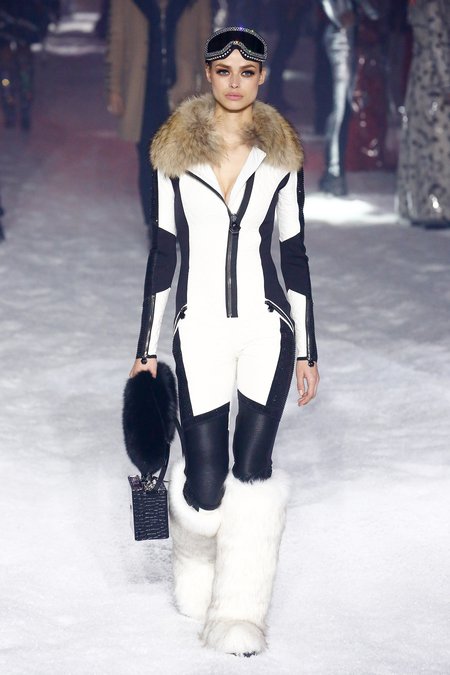 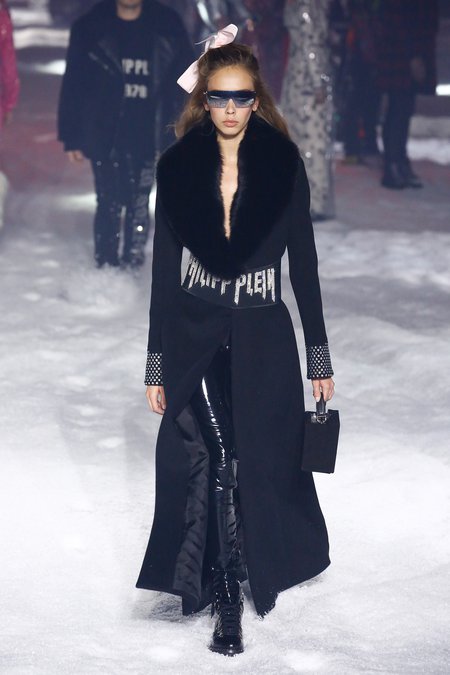 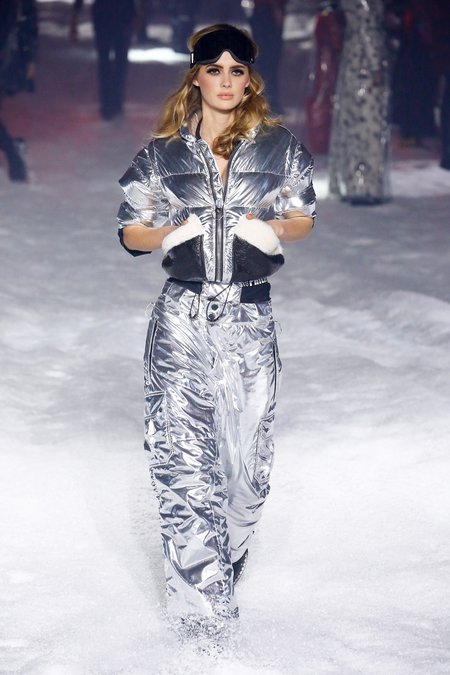 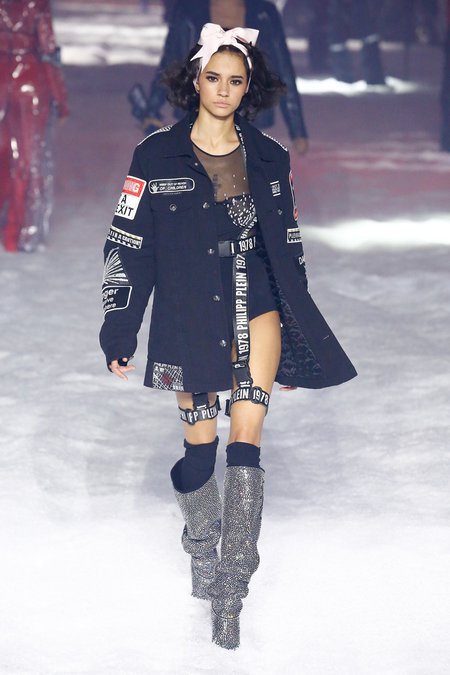 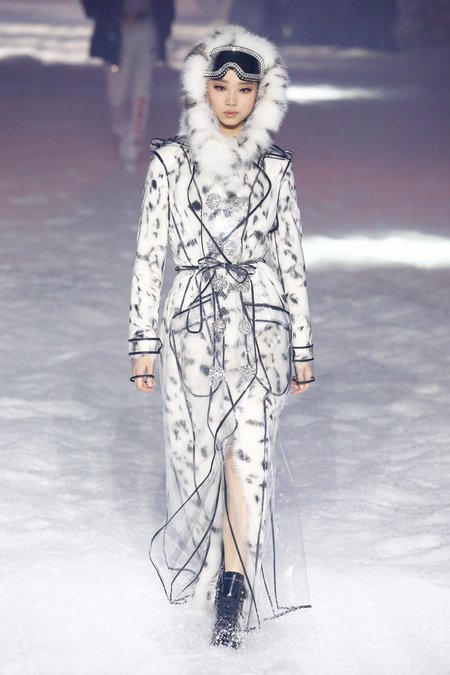 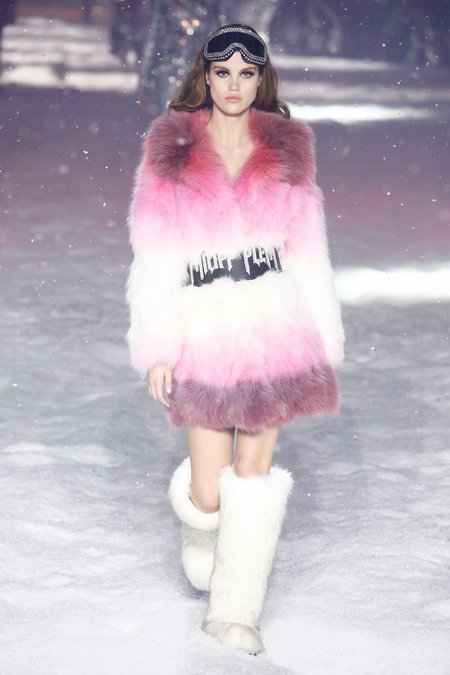