Yellow and brown plaids! Hot pants! Feather trimmed, oh my If there was ever a flight-of-fancy Prada show, this was it! Of the 49 looks Miuccia Prada showed for spring, 38 featured some sort of plummage in it. In a collection that referenced Good Times Seventies and all things disco, feathers trimmed two-piece sets, lined the sleeves of robes and jackets, decorated up-to-their slits on skirts, and of course were perched atop Prada's signature sandals.

Against a backdrop of black-and-white scenescapes by the director David O. Russell and atop an industrial steel mesh structure, retro-ish modern interpretations of her greatest hits appeared again and again on a catwalk that had the models, including such familiar faces as Liya Kebede, Raquel Zimmermann, Fei Fei Sun and Arizona Muse sporting decadently comfortable kitten heels, slides and flatforms. The highest heel, in fact, was a chunky Mary Jane. 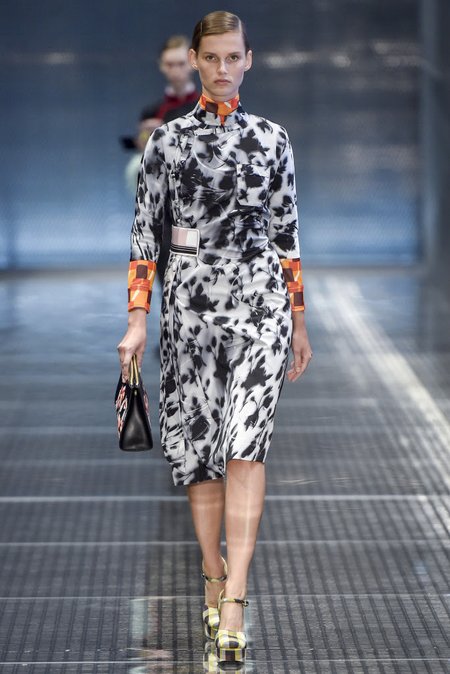 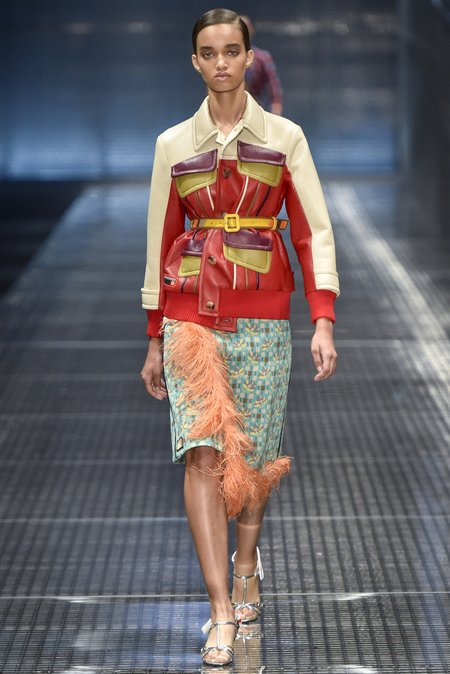 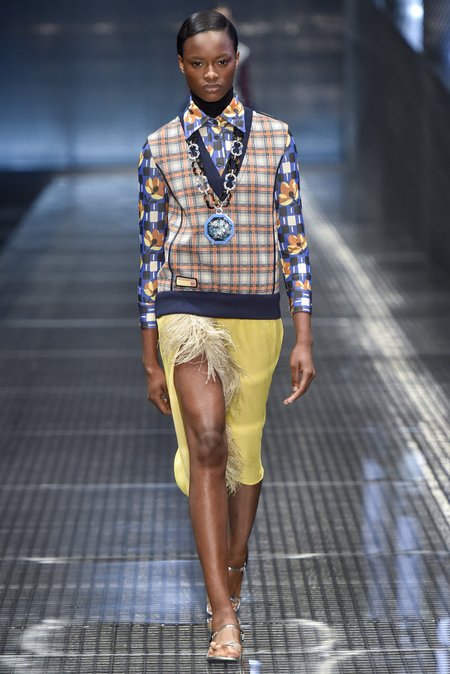 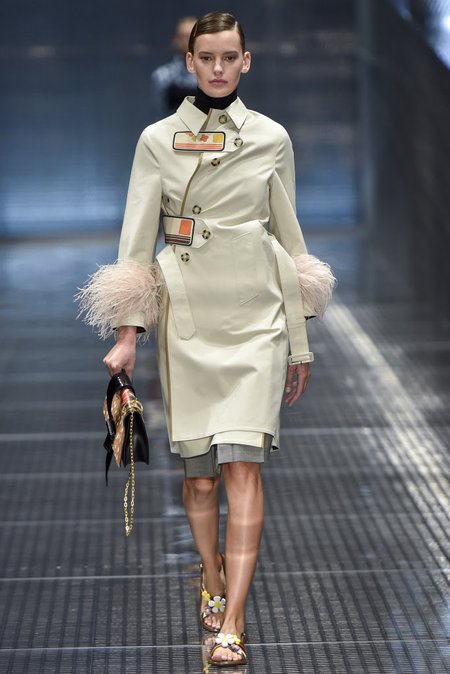 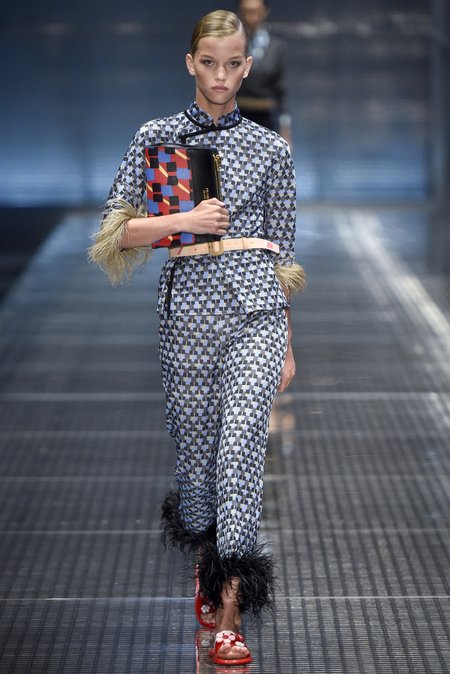 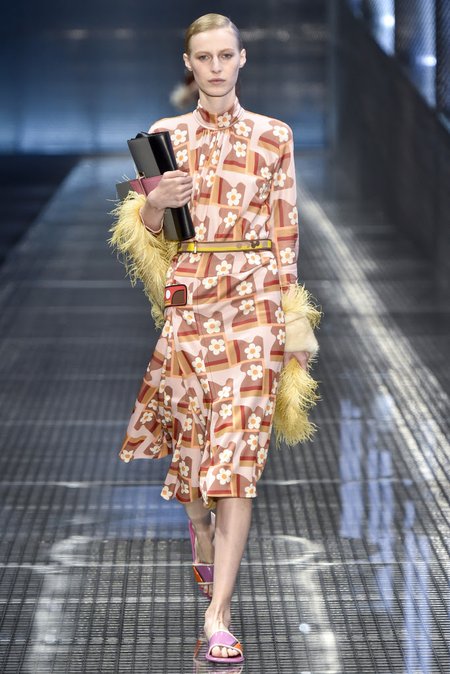 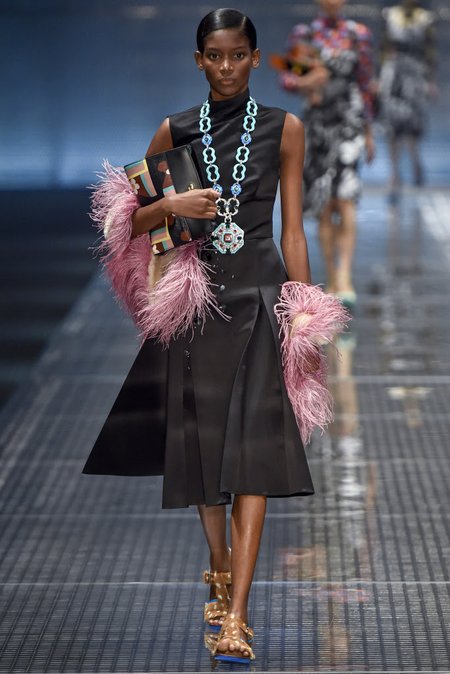 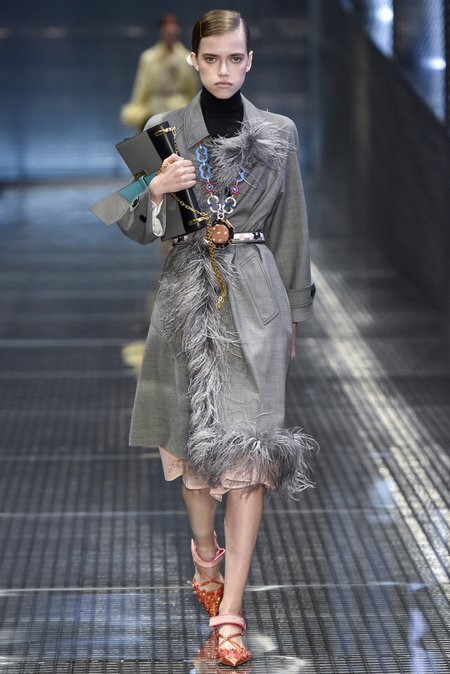 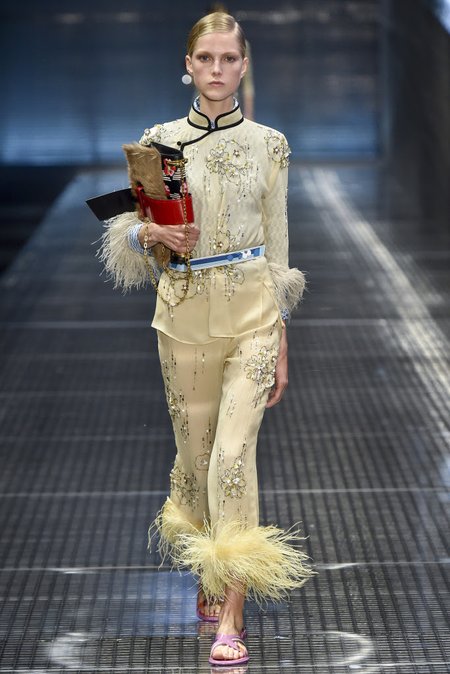 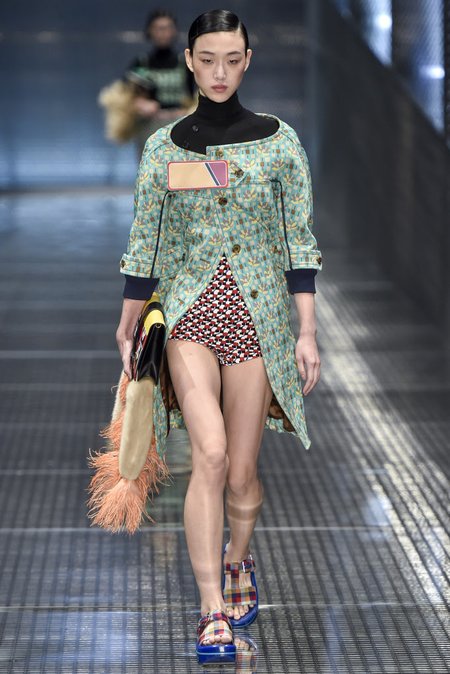