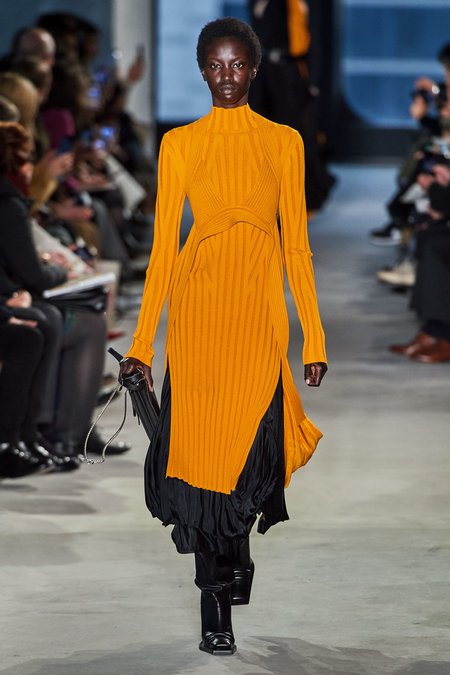 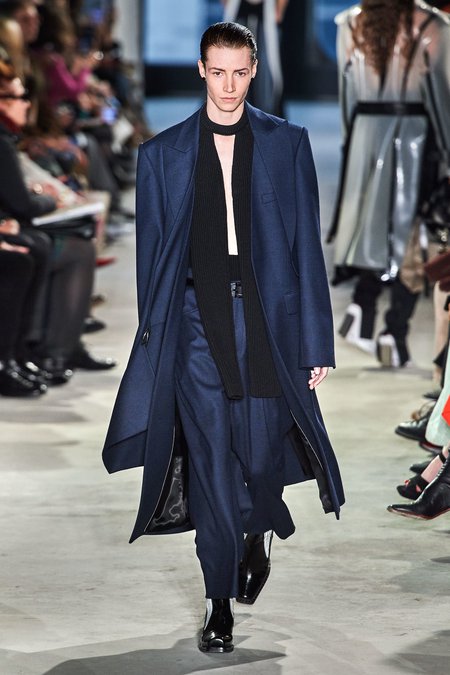 Proenza Schouler's dynamo duo Lazaro Hernandez and Jack McCollough returned to New York after two seasons showing in Paris to a changed city. Architecturally, yes (their show took place at Hudson Yards in one of the new towers reimagining the Manhattan skyline) but also in the resonation that they are now the establishment -- with plenty of edgy new talent pouring forward.

An emphasis on deconstructed knits set the tone for the terrific fall collection. The idea of scarves attached to collars, even throwing in a dickie here and there, played with the idea of hybridization (and versatility). The pleated dress silhouette the designers have become known for was also revived, trimmed with sash details below the bust. Hernandez and McCollough are as authentic designers as they come; the amped-up tailoring cut from Prince of Wales checks or ever-popular moleskin had their masculine proportions offset by fleshes of bare skin. 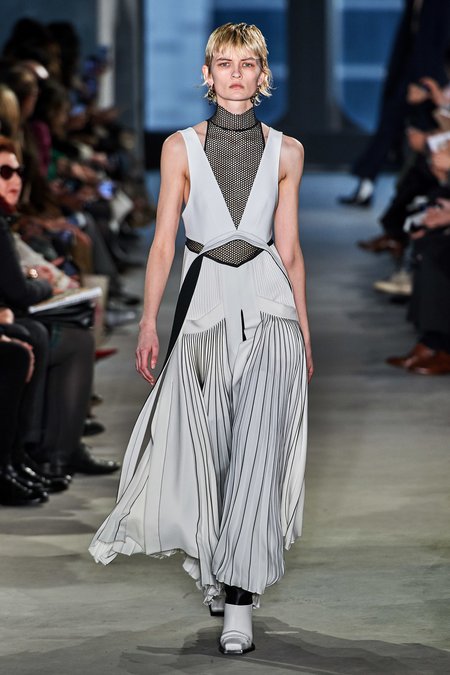 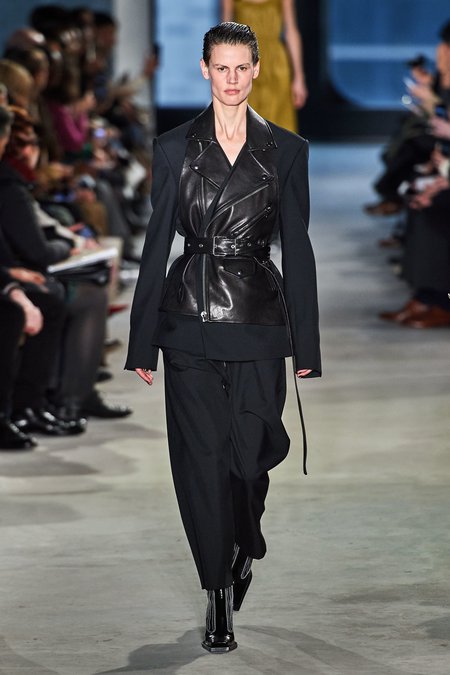 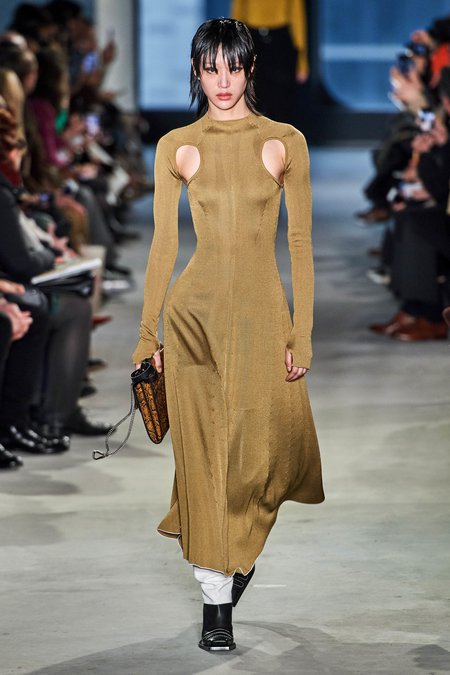 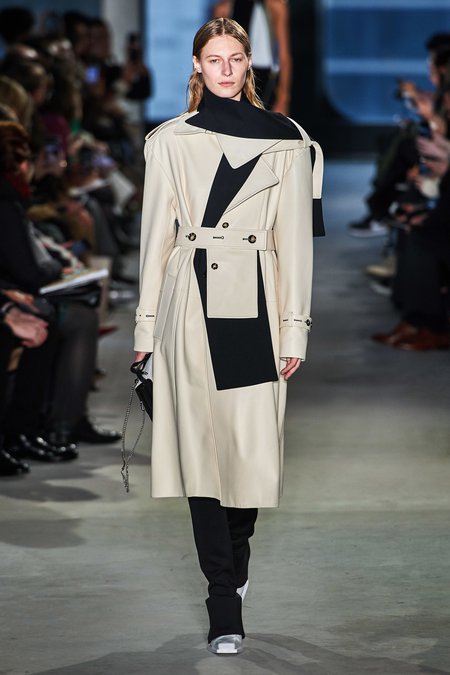 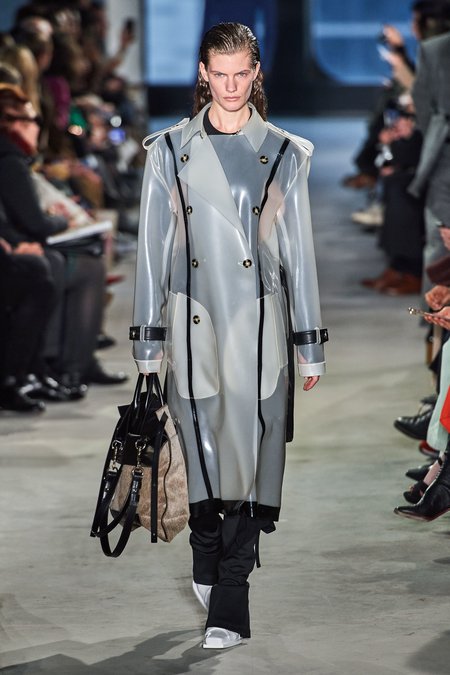 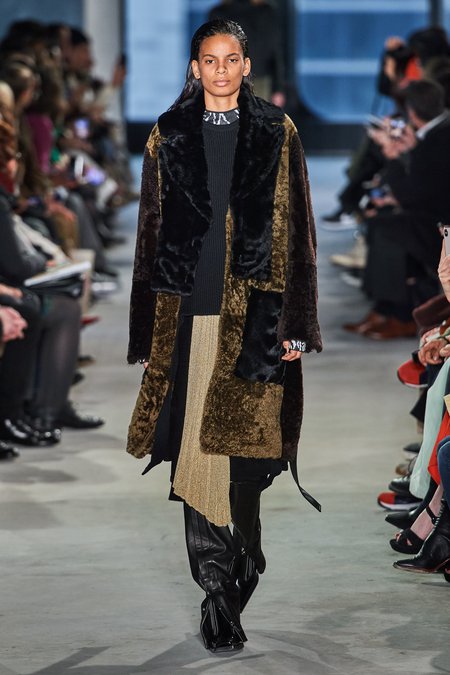