An overwhelming enthusiastic roar echoed through the Dia:Chelsea venue—and rightfully so. Jack McCollough and Lazaro Hernandez delivered a masterpiece of a spring collection for Proenza Schouler. Bravo, bravo.

The designers liberally used color on nearly every surface, their handcrafted collection an instant jolt of caffeine from every angle. Having spent some time visiting couture ateliers in Paris, the techniques learned showed themselves in both energy and technology: 38 tribal-vibe looks that riffed on the artistic brush of hand, ranging from raw-looking dresses fastened with knots, asymmetrical skirts topped with a double-breasted blazer with peplum-like proportions (an ode to the Dior Bar jacket) and checked tops made from ostrich feathers glued into strips of fabric.

The emphasis on craftsmanship as well as the textures and architecture that have become hallmarks made for a fabulous year-round wardrobe that’s at a disservice relegated to just spring/summer. 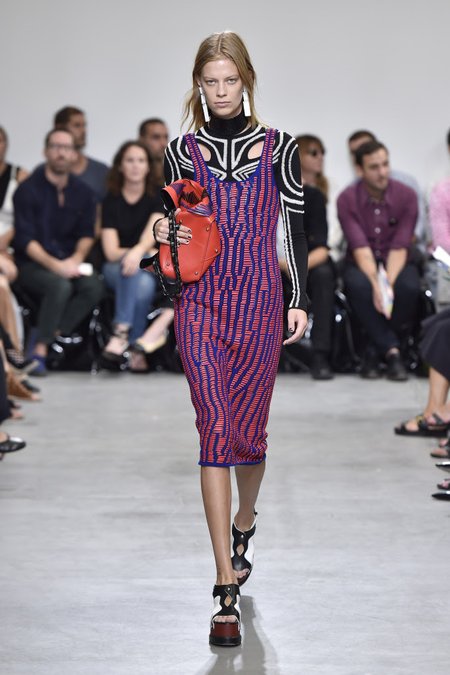 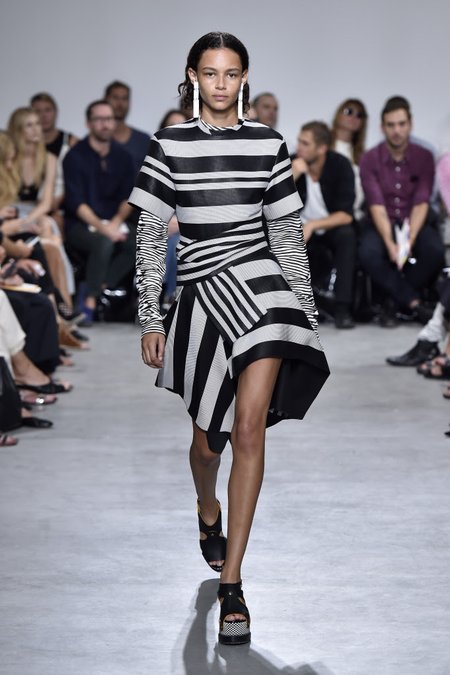 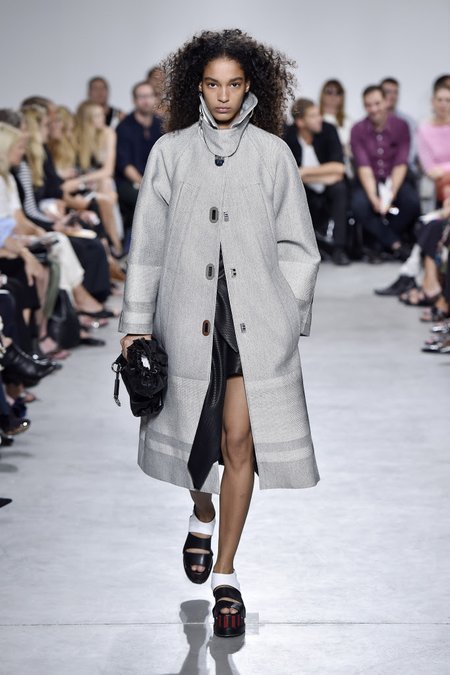 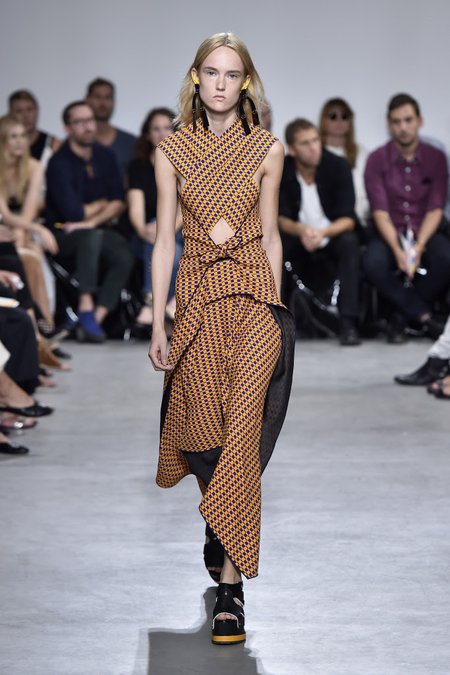 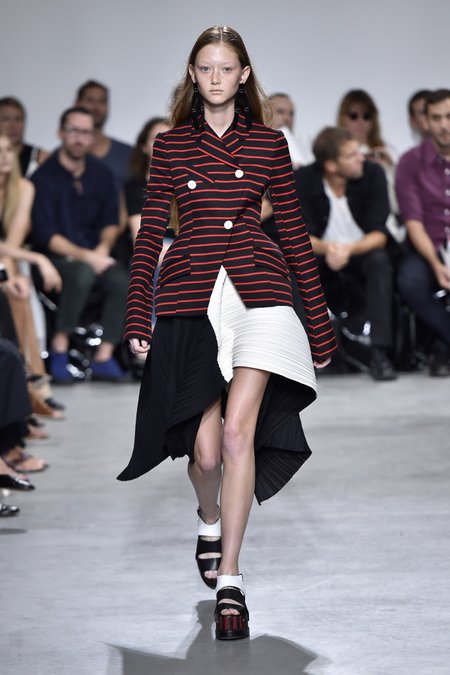 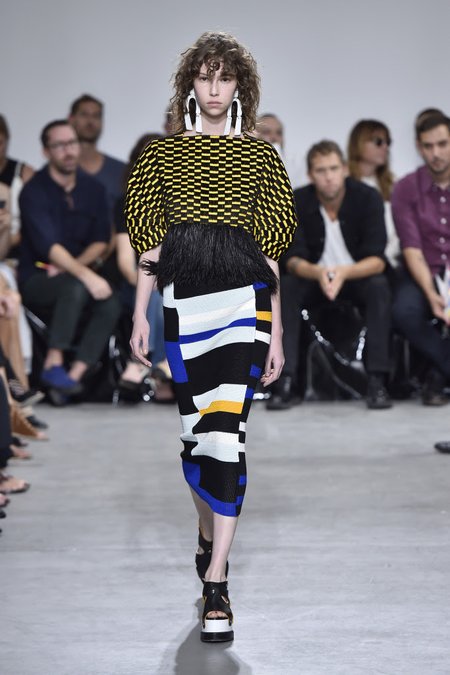 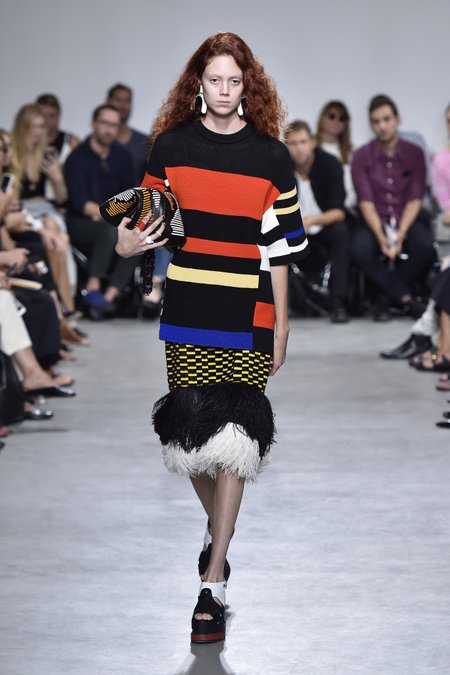 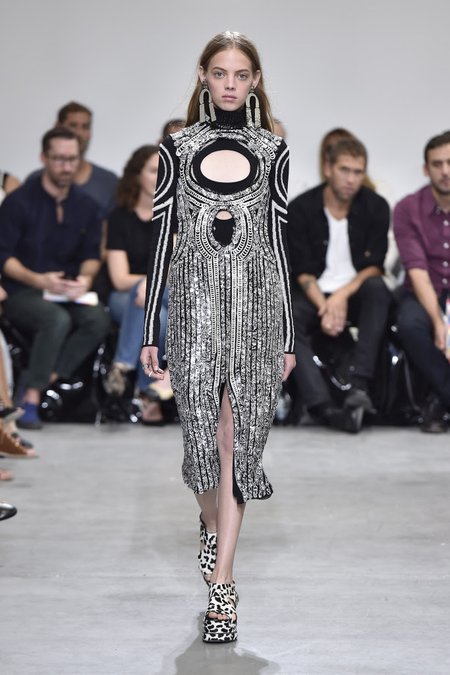