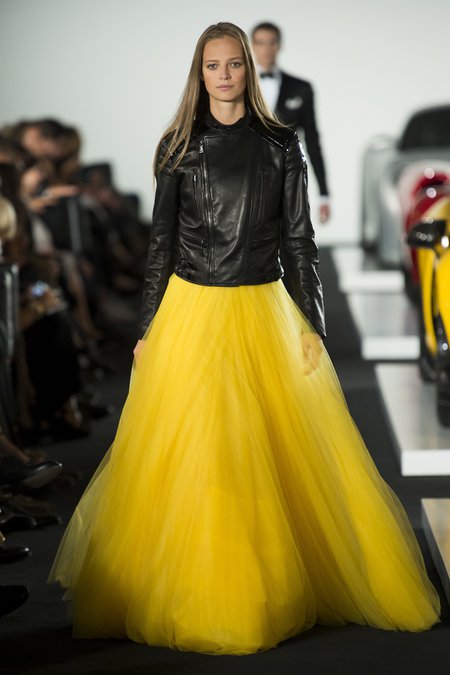 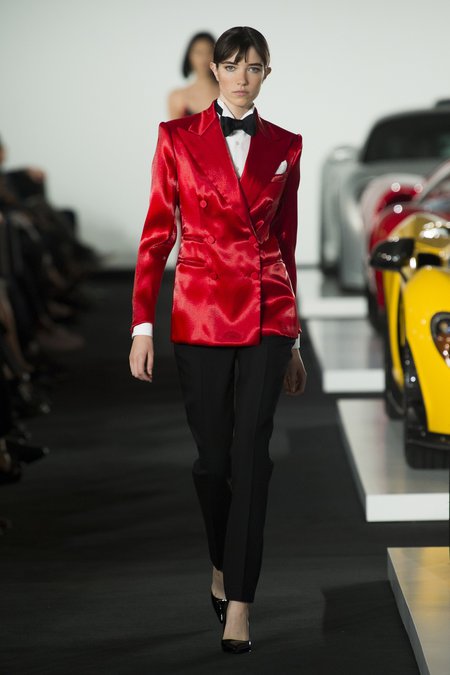 Ralph Lauren knows fashion. Ralph Lauren knows cars. The two passions of the designer's life merged beautifully -- and to stunning effect -- on Tuesday evening, when the designer, celebrating his 50th anniversary, shuttled 300 guests and celebrity friends to his Bedford Hills garage for a once-in-a-lifetime fashion show.

Indeed, the two-hour journey in rush hour traffic paid off in dividends upon arrival. There was Jessica Chastain posing against a 1938 Bugatti 57SC Atlantic (value: $43 million). There was Katie Holmes ogling the lineup of bombshell red vintage Ferraris all lined up like the sexiest toy cars ever seen. Some of Lauren's most prized modern-day possessions -- two Ferraris, one McLaren and two Porsche sat as backdrop to his see-now-buy-now show.

Opening with a series of houndstooth and Prince of Wales check looks was a lovely juxtaposition to the curvilinear seductiveness of the cars that competed for attention. After all, it's all about a lifestyle and no one speaks to a rarified one quite like Lauren does.  Much of the vehicles in the vast garage informed the garments on the runway; dramatic ball skirts and patent leather bustiers recalled the bold palettes of 1980s sports cars, not to mention a sleek tuxedo shown in bold red with a strong shoulder. Then came the black leather and the race car references. But the glossy red coat and gowns were not aerodynamic and sleek; they were luxurious and elegant. 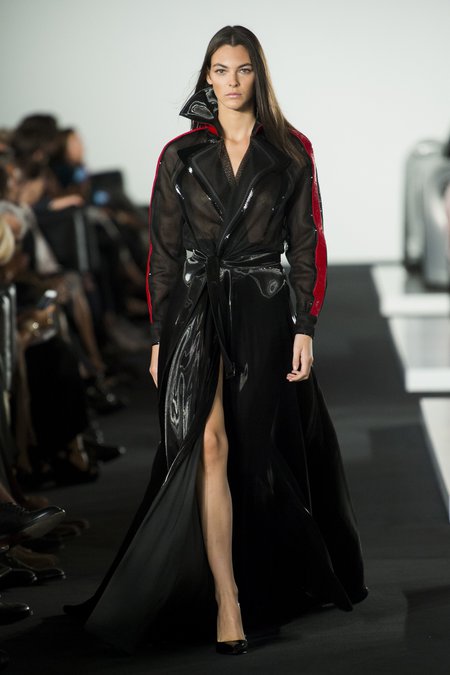 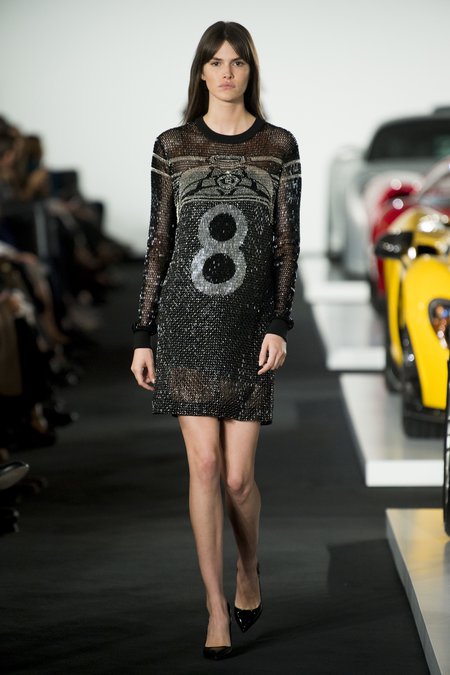 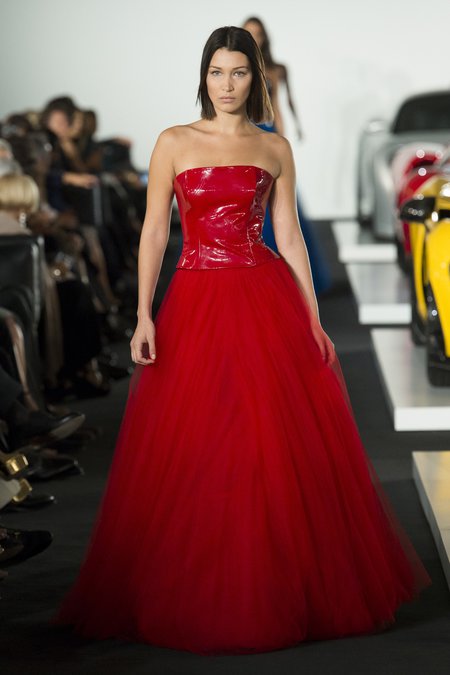 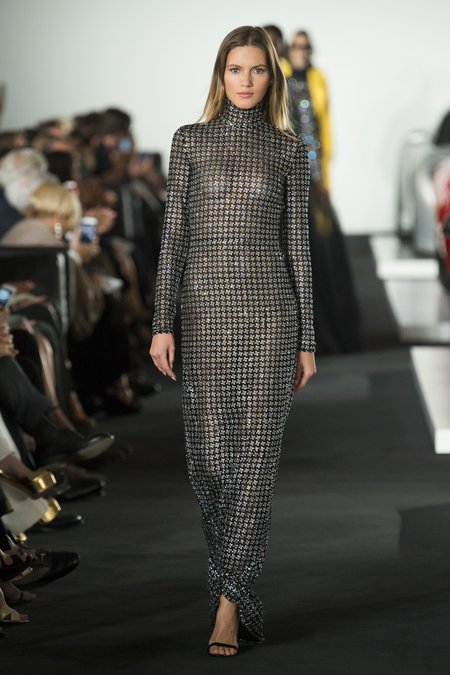 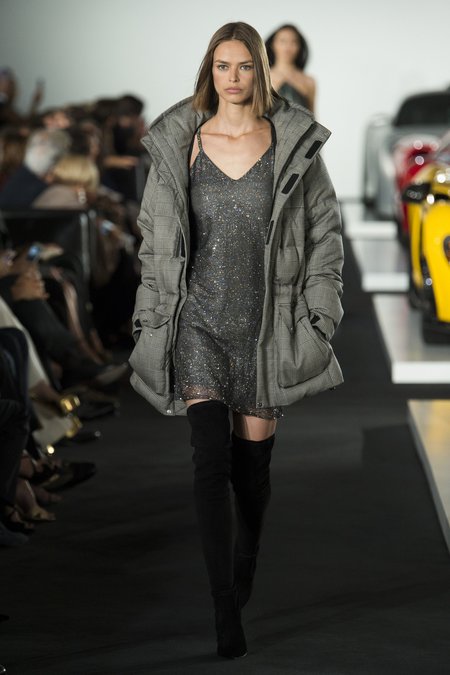 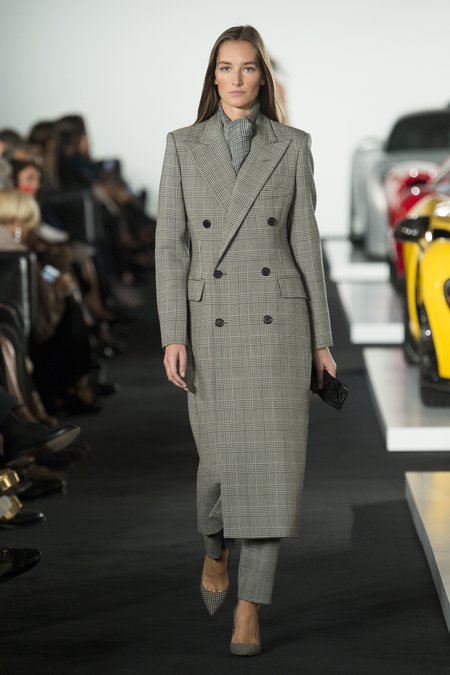 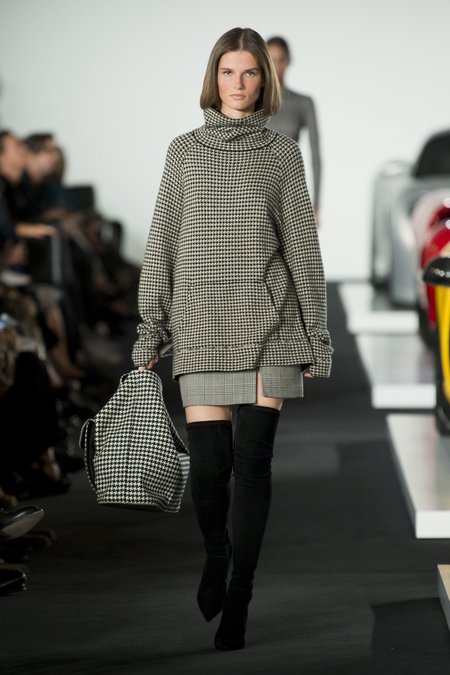 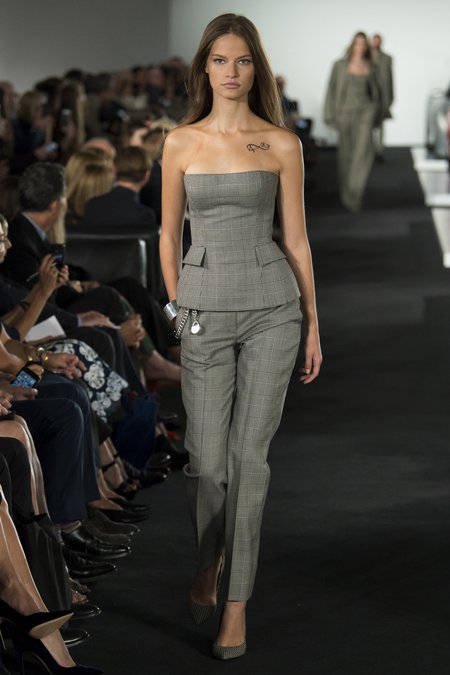