Go big or go home. Ralph Lauren epitomized the potential glamour of instant fashion with a recently-announced—and surprise—fashion show of current season Fall 2016 looks in front of his women’s Mansion on Madison Avenue.

Joining the likes of Tom Ford and Tommy Hilfiger to create massive spectacles in an effort to reign in the fashion obsessive, Lauren closed down four lanes of an entire block of Madison Avenue for four days ns built a glass edifice to showcase the garments. Having already down one fall collection back in February, Lauren and his team created a whole new collection—because he could.

And what of the results? It was a take on the American West—not unfamiliar territory for the Telluride ranch owner—but done in true Ralph style. In front of an audience including Julianne Moore and Jessica Alba, the first look included a buffalo plaid shirt and pants with embroidery running the length of the leg a la Le Smoking tuxedo pants. From there he showed wearable day looks that transitioned into glamorous evening, particularly column gowns in micro paillettes with rustic leather straps. An intarsia shearling wrap worn over a lace dress was breathtaking. Quality, job one. 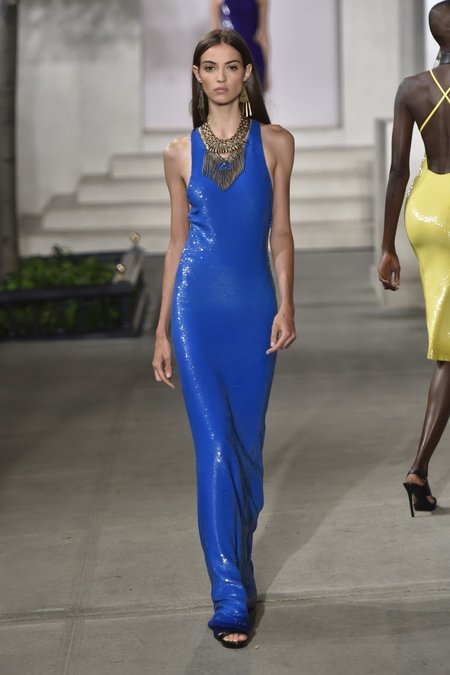 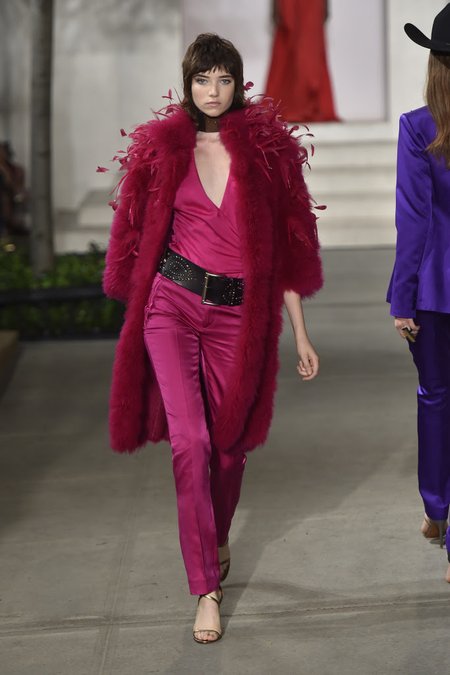 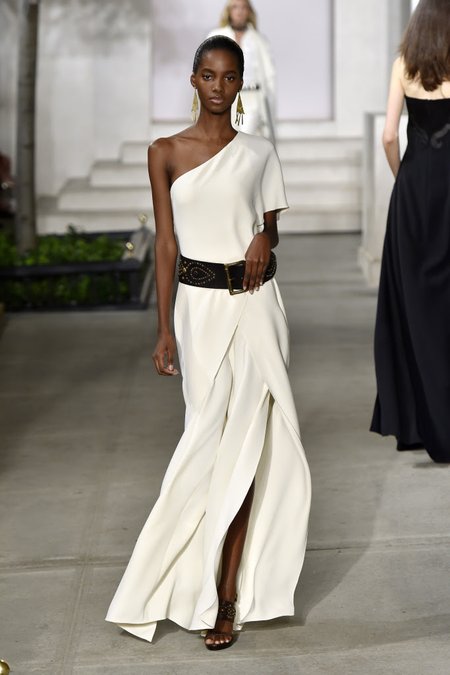 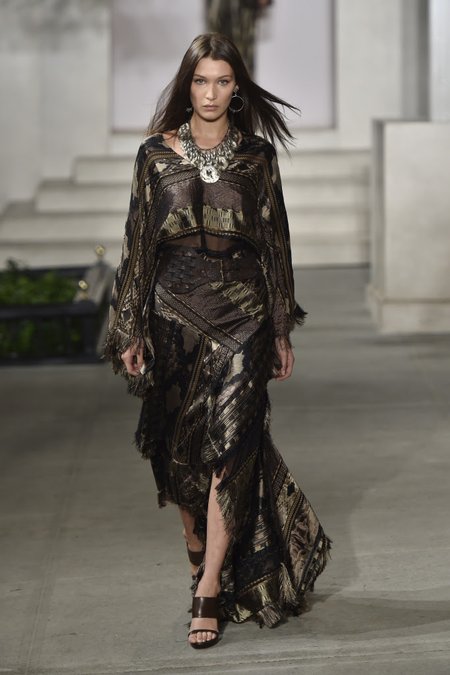 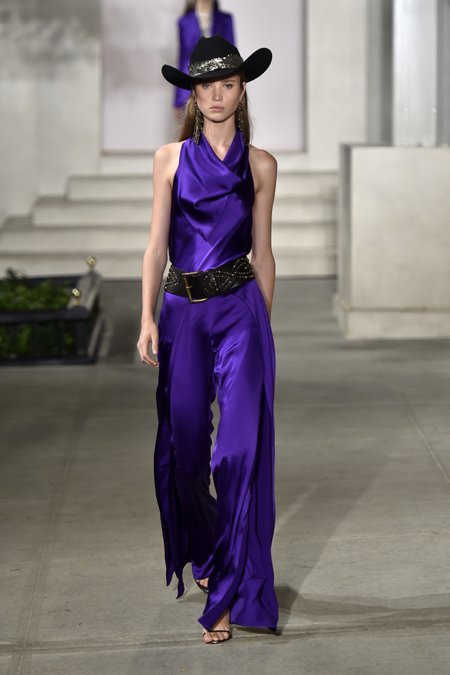 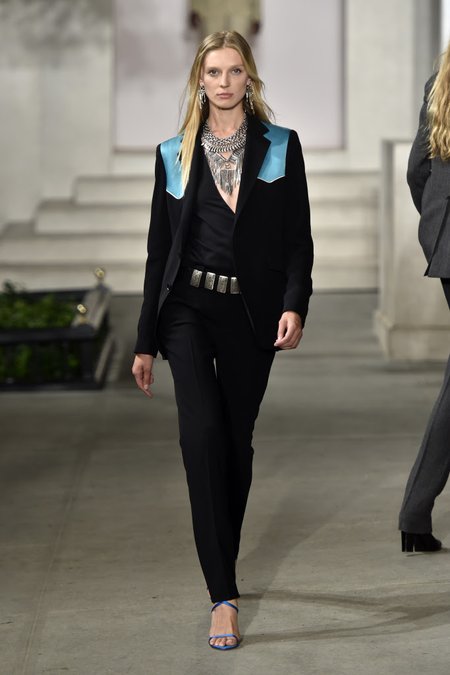 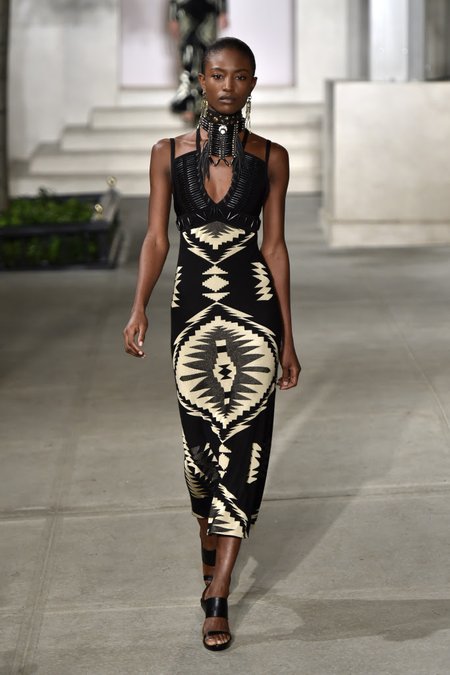 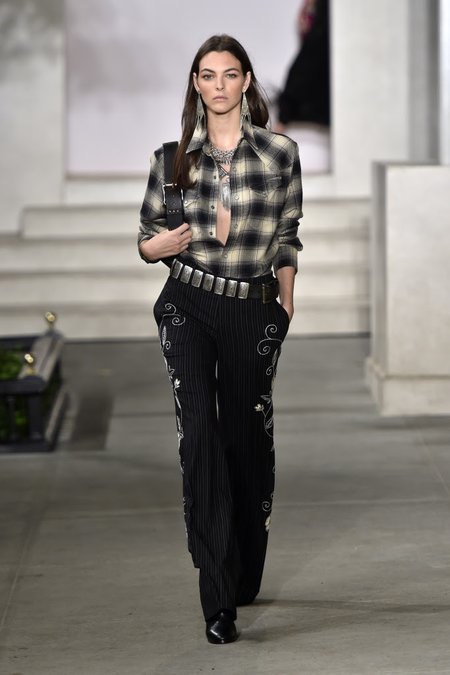