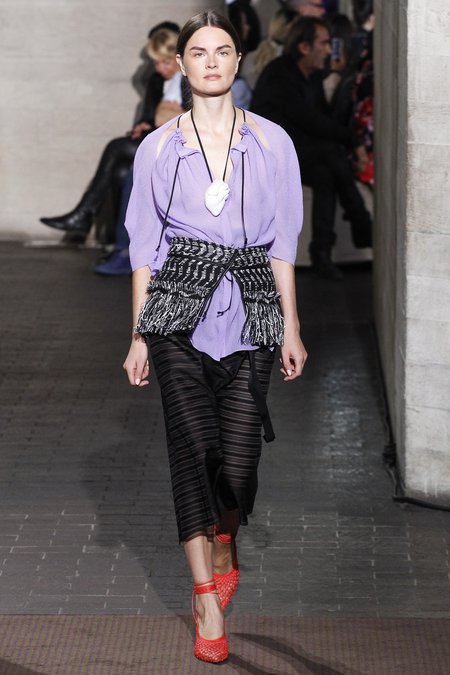 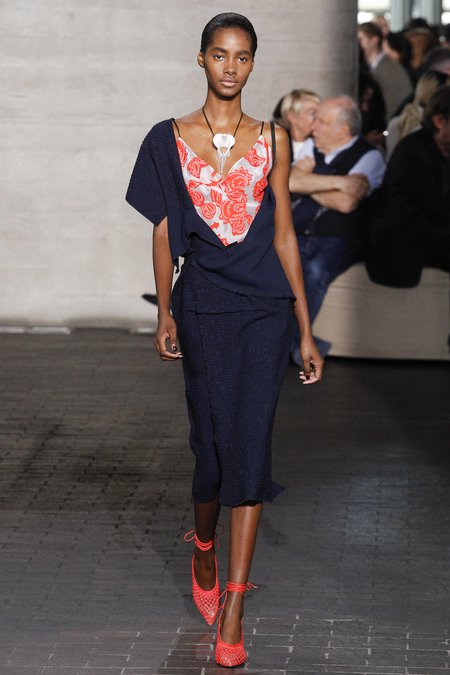 Roland Mouret debuted his first fragrance, Une Amourette, at this spring show here -- and, truth be told, it could easily have served as the starting point for his entire collection. Not the literal unisex nature of the scent, per say, but, rather, as Mouret noted, men are living in a woman's world. And in said woman's world, gone is the idea of perfection in the literal sense. Rather, it's about a new shifting in identity as it applies to a wardrobe.

Noticeably different is the change in what was Mouret's once firm grasp on severe tailoring; for spring, he relaxed his aesthetic, going for looser and freer silhouettes. He opened the show with a series of patchwork-like pieces in black, white and purple florals, their edges gently frayed in a nod to his past. Also lovely were the series of gauzy lilac silk dresses which felt soft, light and for which his clients should have no issues embracing. 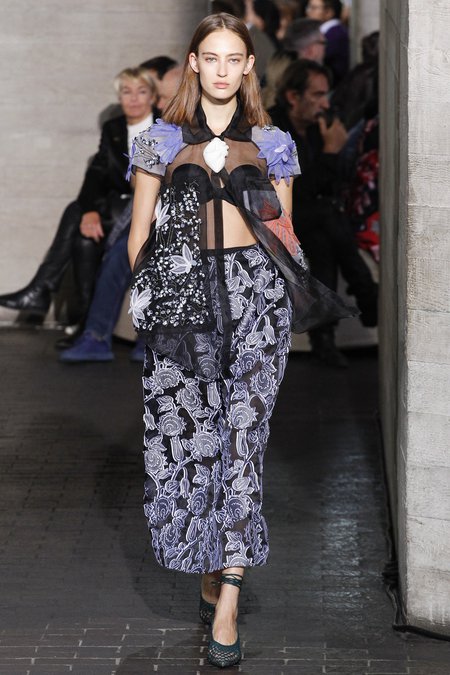 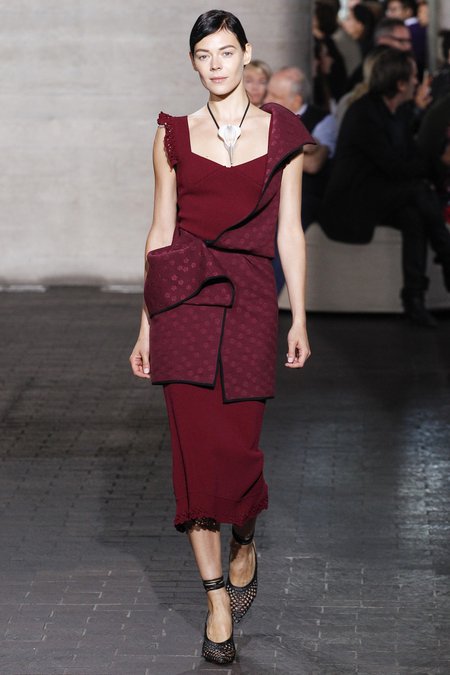 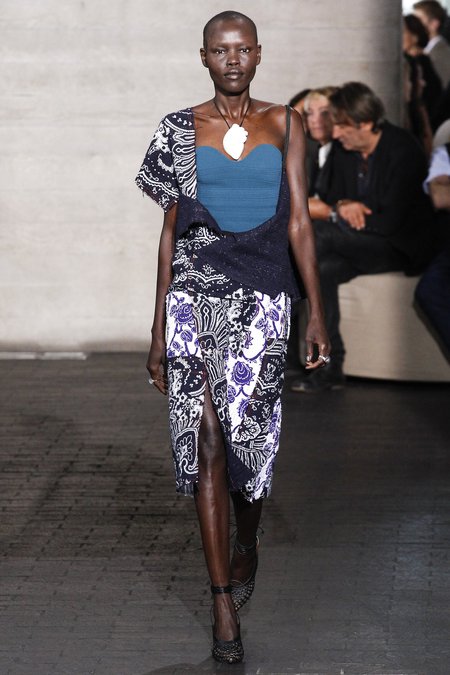 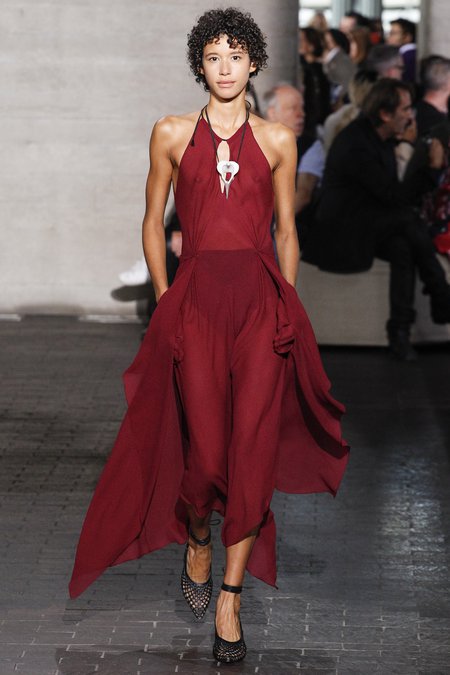