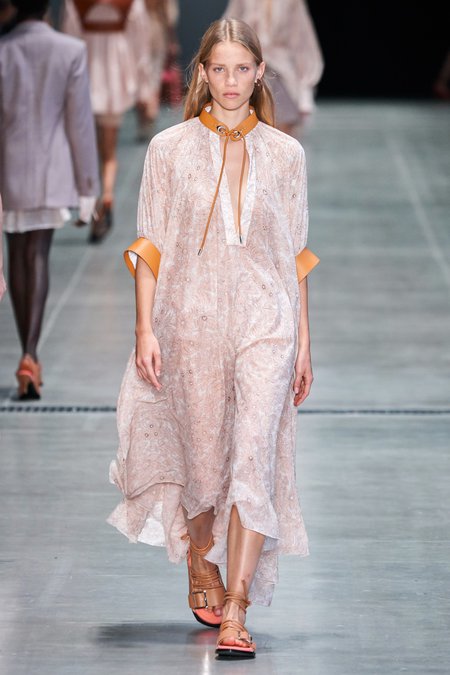 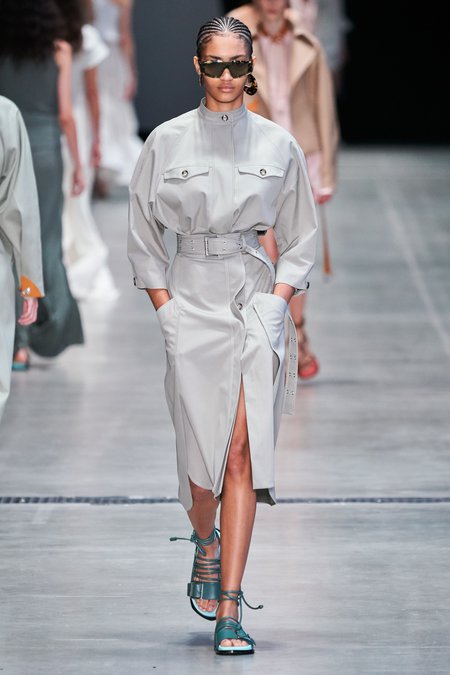 The crips white sails that adorned the Sportmax show set said it all. When they started to billow as the show started, the seaside theme, inspired by the kinetic sculptures of artist Daniel Wurtzel, clearly registered. But this wasn't your typical marinière stripe scenescape. Instead, Grazia Malagoli and her team began by manipulating their triangular shapes and the ropes used to manipulate them. The results were largely effective and appealing: summer dresses shown wrapped, asymmetrical and breezy. A leather peacoat with poncho-like proportions was terrific, as was the sun-bleached blue fisherman's sweater that came later. Shorts largely replaced pants as a complement to jackets while a long, billowing white dress was gathered at the waist with the triangular shape of, you guessed it, a sail. Leather collars, cuffs and harnesses also complemented many of the pieces. Dubbed leather bijoux, they worked best in a minor role. 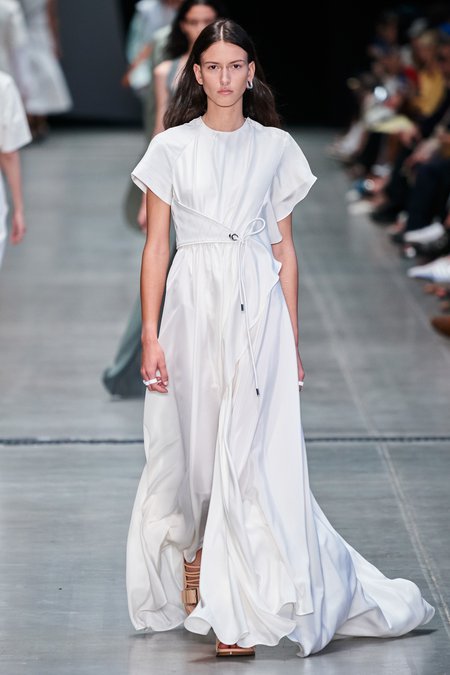 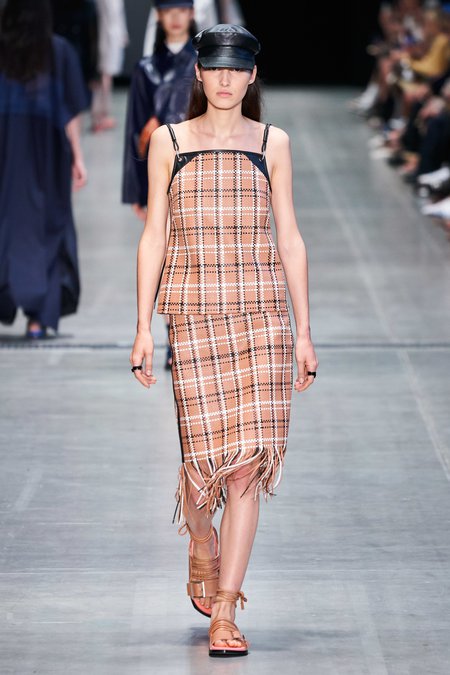 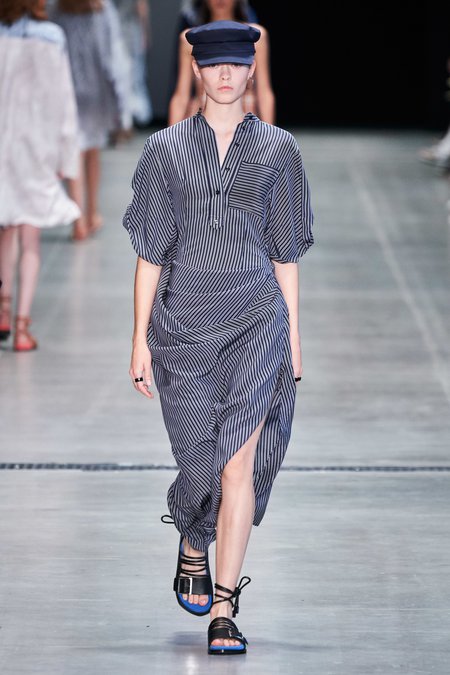 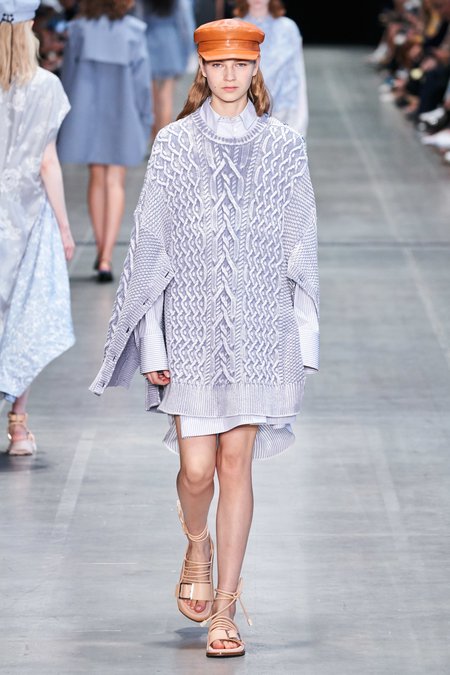 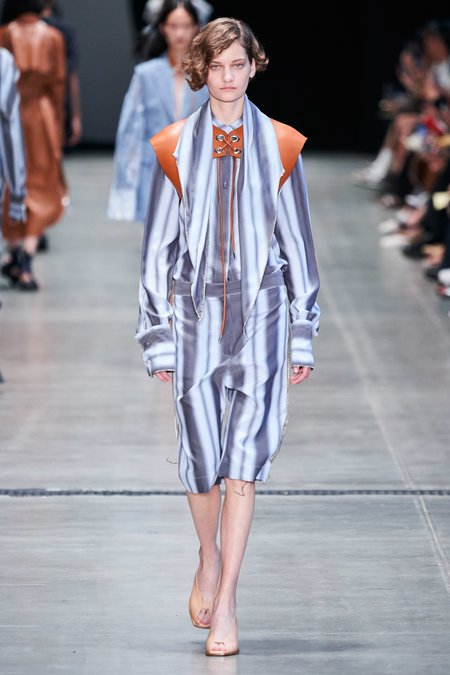 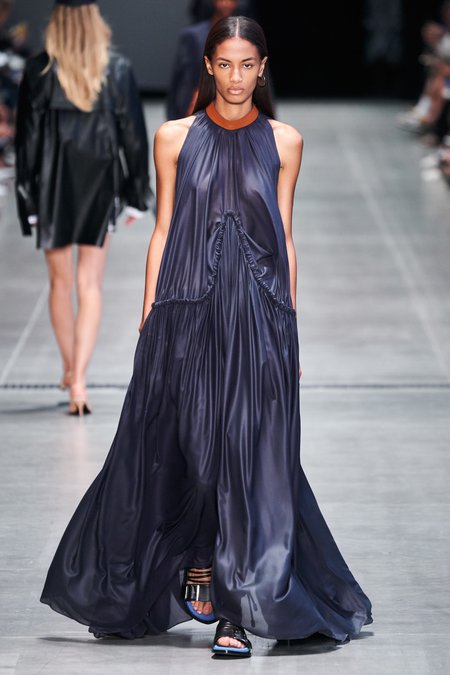