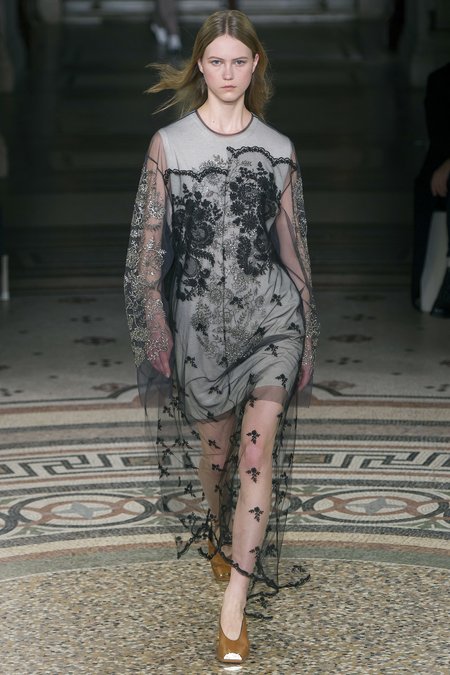 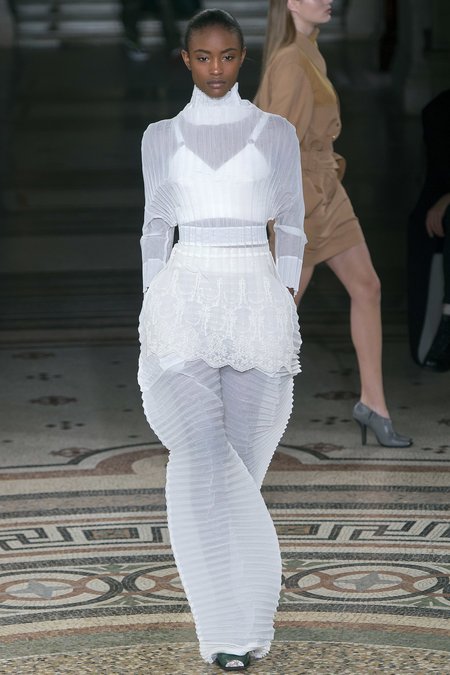 The rocking soundtrack blasting out the lyrics "Stella's On" had guests including Pamela Anderson and Salma Hayek tapping their feet in the basement of the gilded Opera Garnier venue in Paris. It was a knockout, energy-filled show for Stella McCartney — who ended with a bittersweet tribute to the late George Michael.

McCartney styled sublime, unexpected twists on her classic utilitarian/sexy repertoire. The collection was similarly bold, based on traditional equestrian menswear tailoring bent to a woman’s body and a woman's way. That meant plenty of British tweed and houndstooth check cut into interesting pieces, including drapey coats, saucy mini dresses and checked tailored dresses with high necks sported exaggerated proportions in the sleeve while, inventive "secondary lapels" — a lapel repeated several times in parallel — that had a surreal quality that evoked a jacket in blurred vision.

Anchored with chunky sneakers and square-toed booties, the collection perfectly fused high and low. The high — an oil painting masterpiece, "Horse Frightened by a Lion," that made an appearance in knit and silk crepe de chine, was framed like a real canvas with square check sleeves. The low — a provocative, stitched conical bust (a modern incarnation of the bullet bra that perked up tops and dresses with overstitched cups) had guests smiling. Sensual, yet cerebral — sheer, lace negligées were twinned with thick, wintery baggy pants in an ironic touch that nicely defined this stellar show's spirit.

In a touching tribute, the British singer's hit song “Freedom” was pumped up for the finale that saw models dancing together on the runway to rousing applause. The models congregated in a circle for a feel-good dance party with arms raised in the air, chanting "Faith. Love." 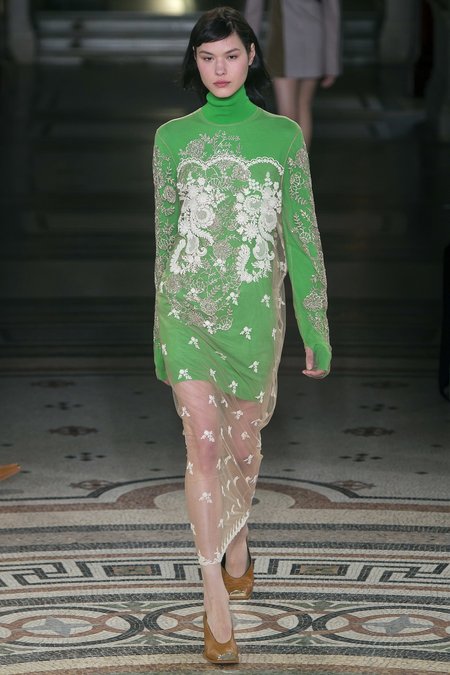 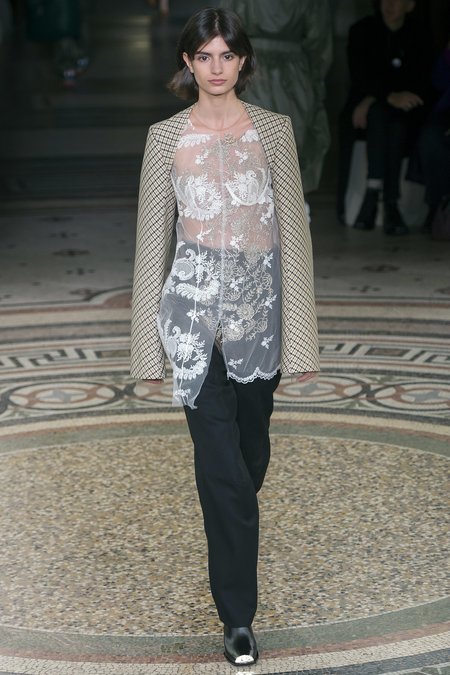 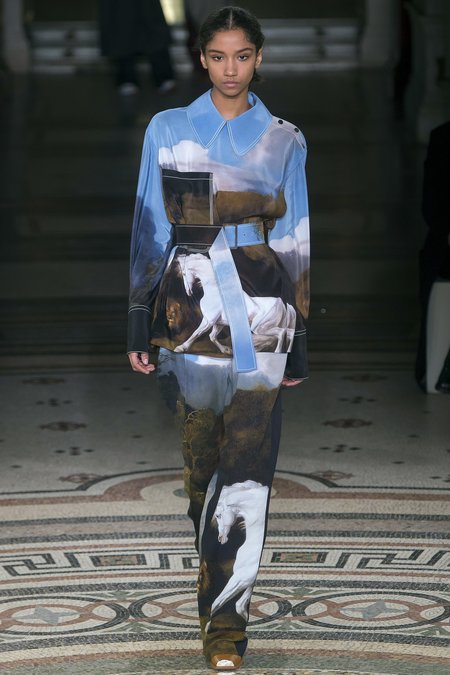 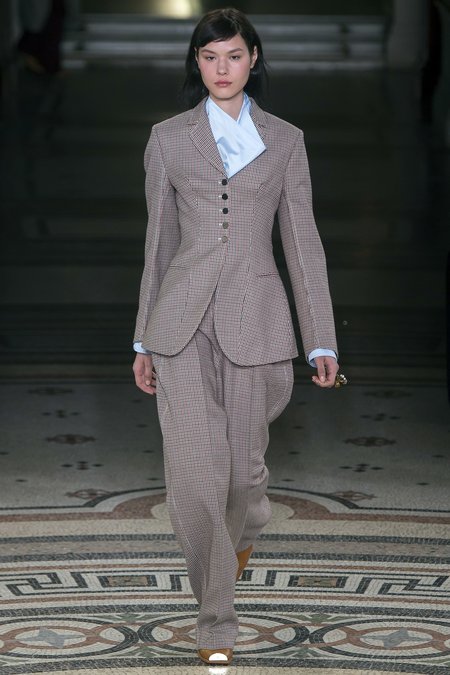