You never know where a Thom Browne show will lead. Take, for example, the designer’s spring collection: an ode to Slim Aaron’s classic 1955 image of socialite CZ Guest poolside in Palm Beach (the photo is called “The Good Life”). Fast forward to Monday, when his guests arrived at Skylight Modern to a swimming pool trompe l’oeil-ed from Hockney-blue tiles.

One-part Lilly Pulitzer, two-parts kooky Mr. Browne, the designer’s population of lounging ladies in head-to-toe floral caftans with oversized bathing caps made for quite the fashion moment. Lest we forget, a silver-sequinned goddess emerged from out of the “water,” her head topped by a Stephen Jones headpiece of Hector, Browne’s dog. While the designer has explored trompe l’oeil with his men’s wear, this rendition in women’s featured separates—blouse, waistcoast, skirt, jacket—co-joined to form one single piece of clothing. Delicately sequined, each piece was lavished the kind of attention one would apply to any Browne garment—even though they were ultimately collaged together to form one solid unit.

Browne’s models unzipped themselves out of their luxurious onesies to pose “poolside” in knit bathing suits layered underneath. 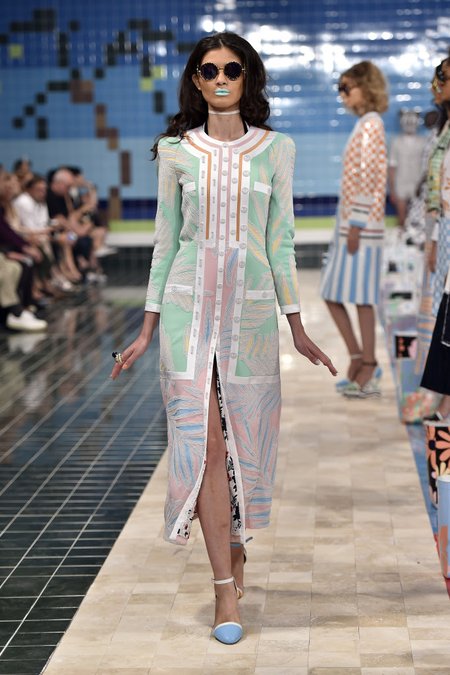 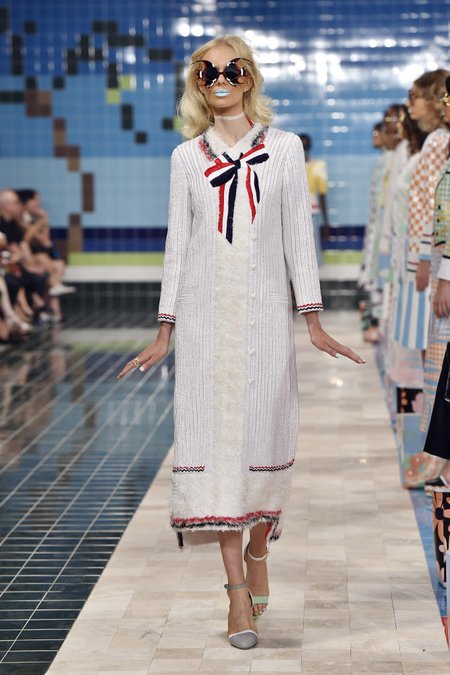 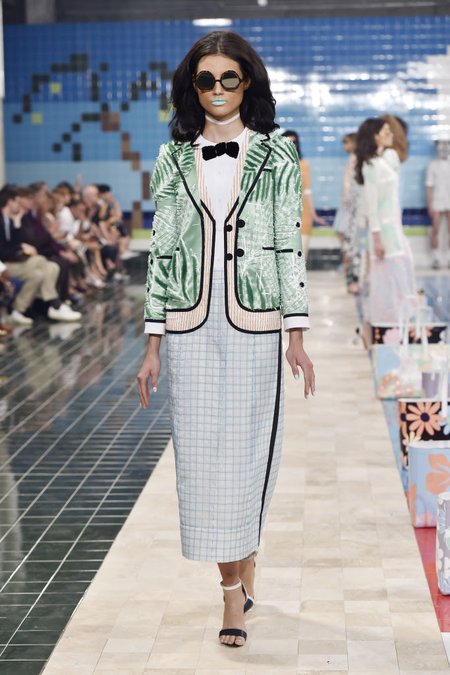 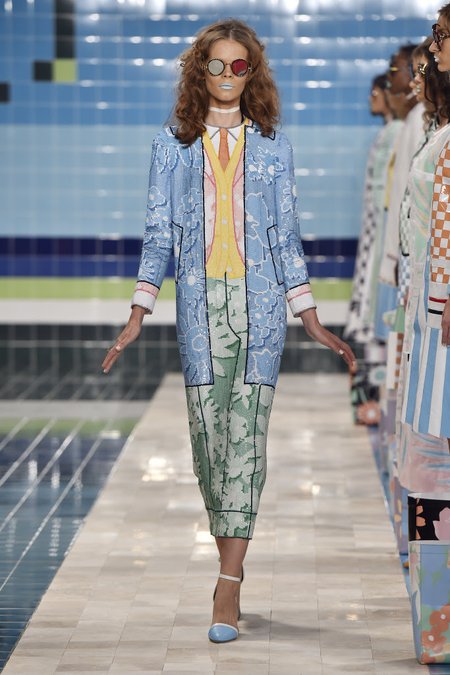 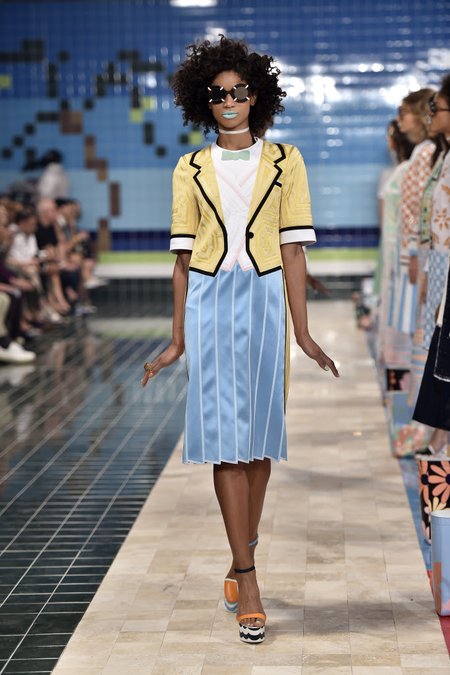 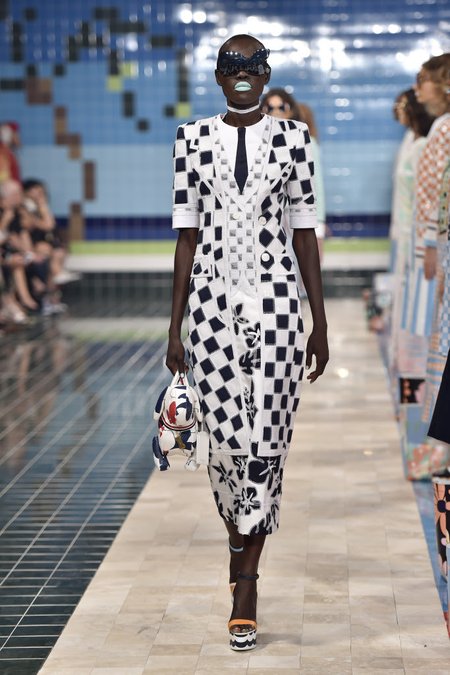