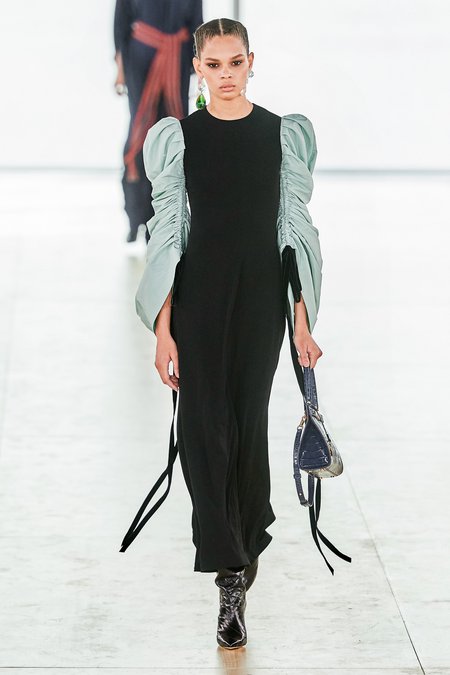 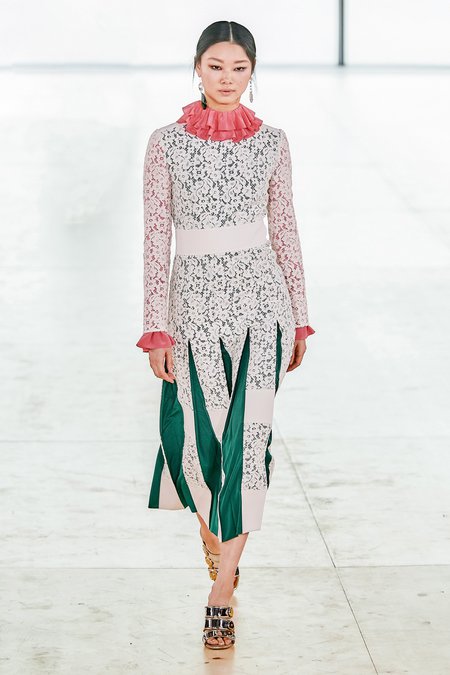 Burch worked the theme via a collection whose quirkiness was evident in the form of its many floral-print dresses, both in midi and maxi lengths. In a nod to the interactions between the school's bold-faced names, emphasizing manipulation of fabric, of note was one pleated and patch-worked from a bevy of prints, paired with a dramatic long down puffer lined in one of the dress's floral prints. Unusual, yes, but also exuberant and just accessible enough for a mainstream clientele. Also fabulous was a plaid trench with tan leather piping and buttons.

Furthering the show's nod to inclusivity and progression, and with a continued bouyancy in her step, Burch showed elegant double-breasted wool coats with interesting brushed-gold toggle hardware and single-breasted styles with closures reminiscent of Fuller's geodesic designs. All along, a key footwear silhouette featured a patchwork leather knee-high boots with gold heels. 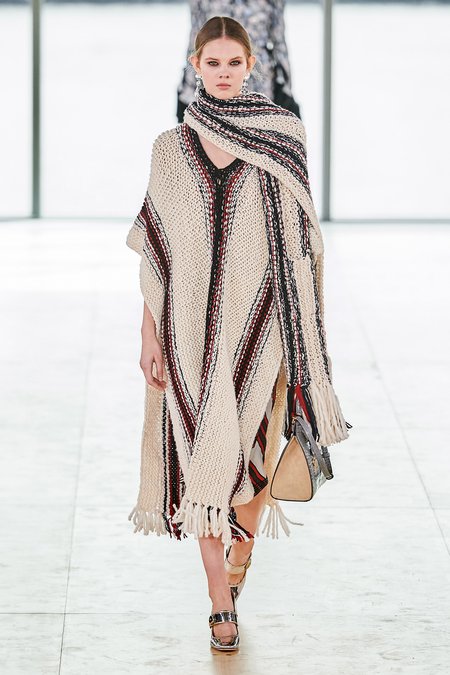 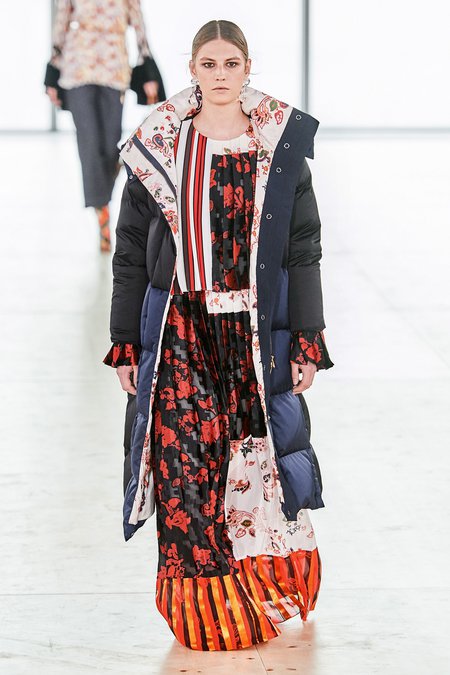 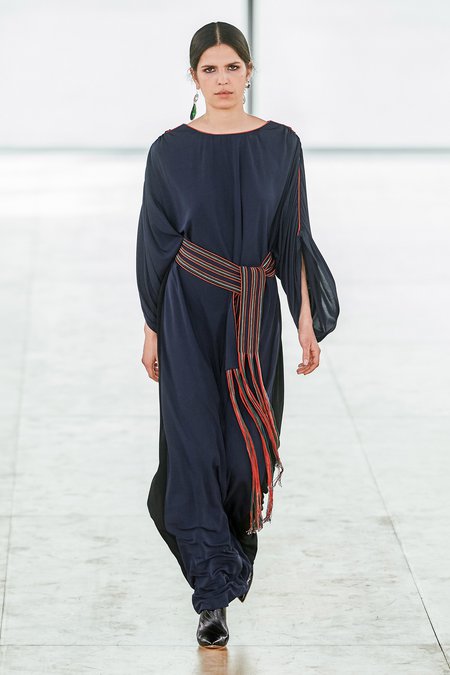 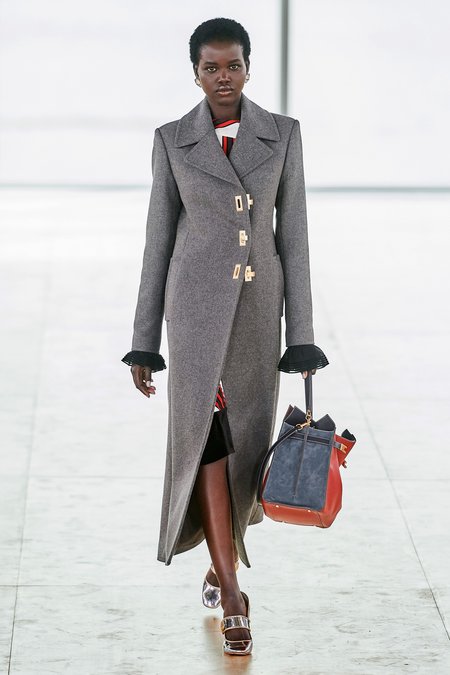 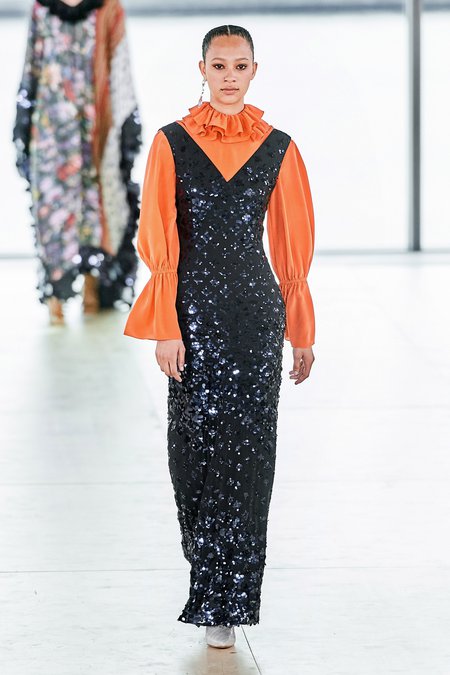 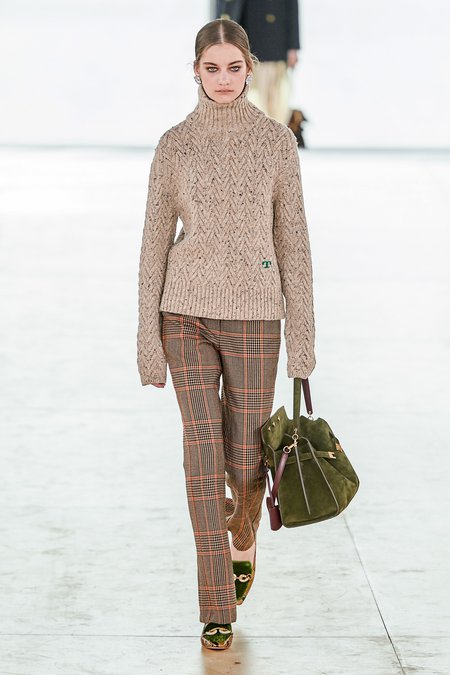