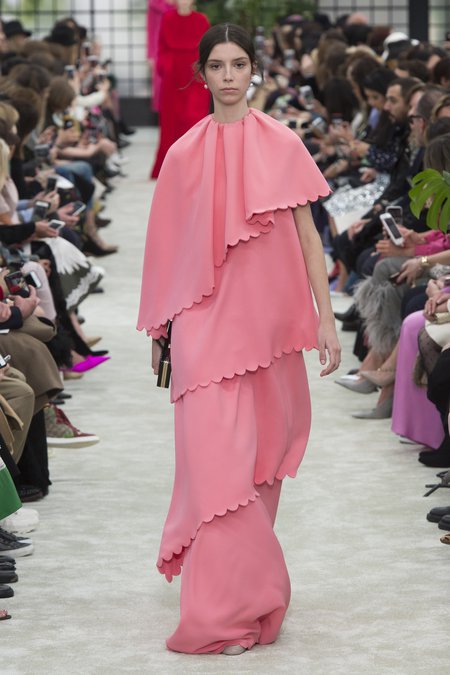 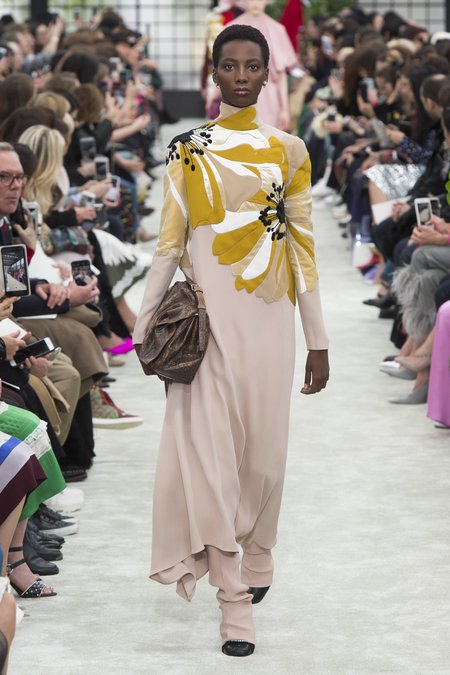 Valentino's esteemed Pierpaolo Piccioli, who's been on nothing short of a roll since taking the solo reigns at the fashion house, opted for a simpler, mostly monochromatic motif for fall -- this after an extravagant couture collection -- that was a palate cleanser from all that richness. Even by those standards, the dresses were still plenty flavorful and beautiful -- if a little less complicated. Several of the models were enveloped in long cloaks, some with moods, in sweet pastel swirls of fabric with lovely scalloping along the edges, or more sober black numbers trimmed with white piping. Solid colors were the mainstay for much of the collection, rendered in red, pink, white, green, tan and blue. As for romance? Well, this is Valentino after all. There were plentiful flowers, rendered as oversized appliqués that gave just the ideal dose of dimension to a terrific lineup of final looks. 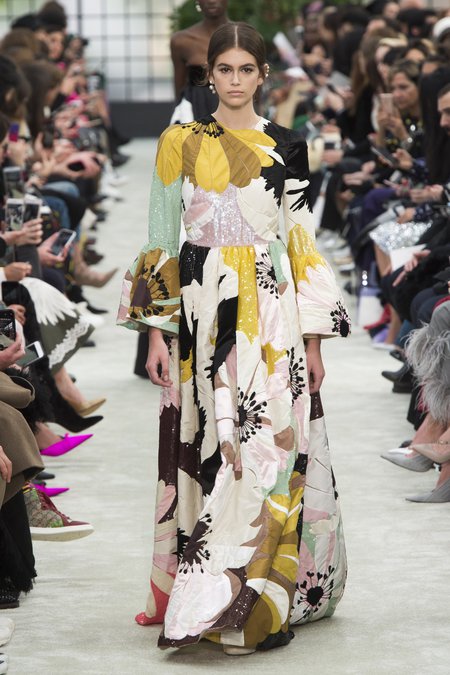 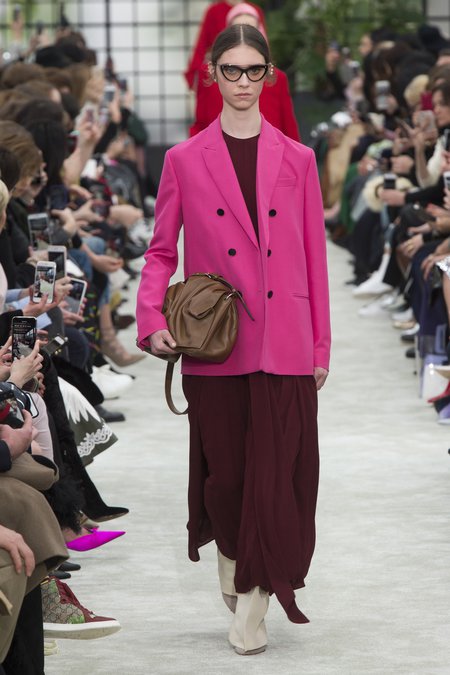 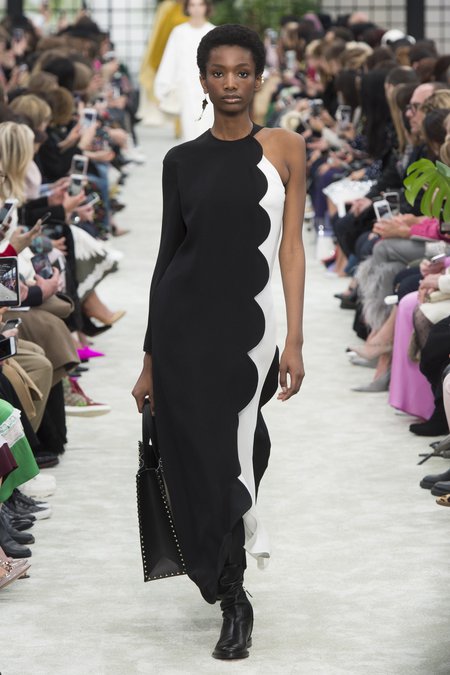 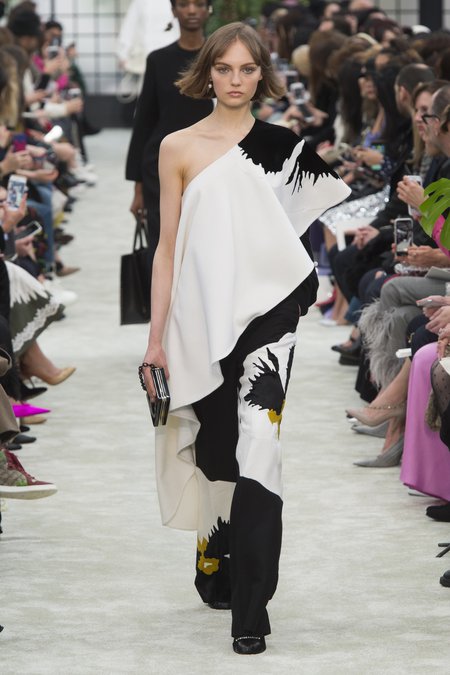