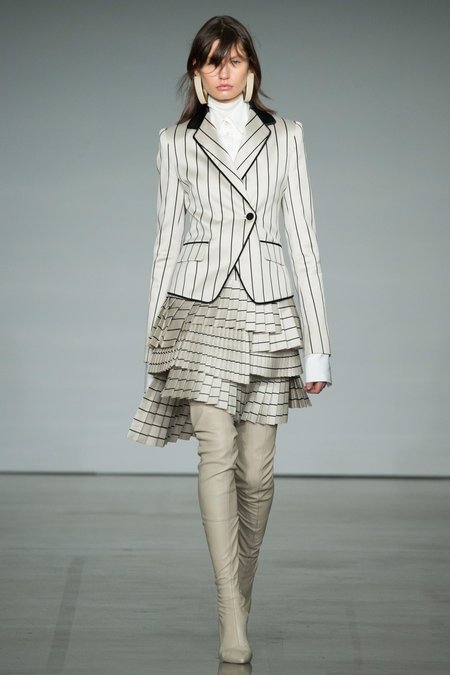 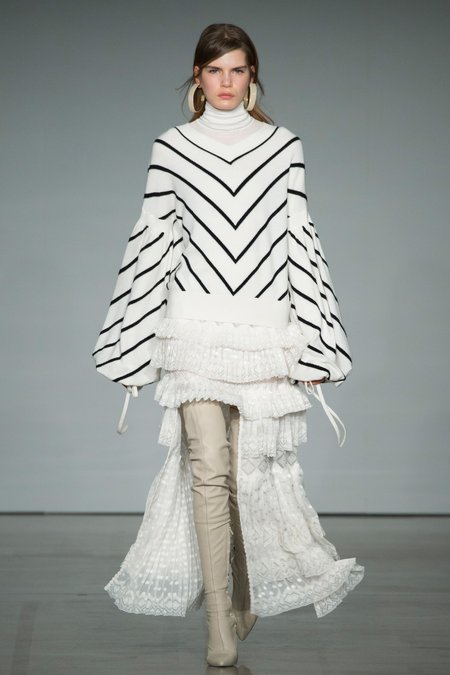 For a brand known for its feminine frills and elaborate occasionwear, even Zimmermann isn’t immune to the gender-unifying trend. This fall collection was decidedly tougher, both in attitude and fabrications, thumping—thanks to its eerie techno runway soundtrack—with a boyish sensibility that equated to a maximal versatility

Intertwined amidst the Twenties-influenced garments was a lovely juxtaposition of the masculine with the feminine. Creative director Nicky Zimmermann called the collection “The Maples,” one of the buildings that housed students of the Women’s College at the University of Sydney after World War I.

That resulted in a photo trove of women wearing men's wear-influenced garments (think cricket whites for day and oversized men’s coats by night) with a sense of elegance, hope and, dare we say, resistance. Call it sensual body armor, if you will, for the presence of embellishments intermixed with the tough in the form of deconstructed lace dresses underneath peach-colored bomber jackets and lingerie-inspired underpinnings.

Also a new direction for Zimmermann was the venture into suiting, illustrated most beautifully by a striped double-breasted blazer worn over a turtleneck and button-down, with matching cuffed culottes. 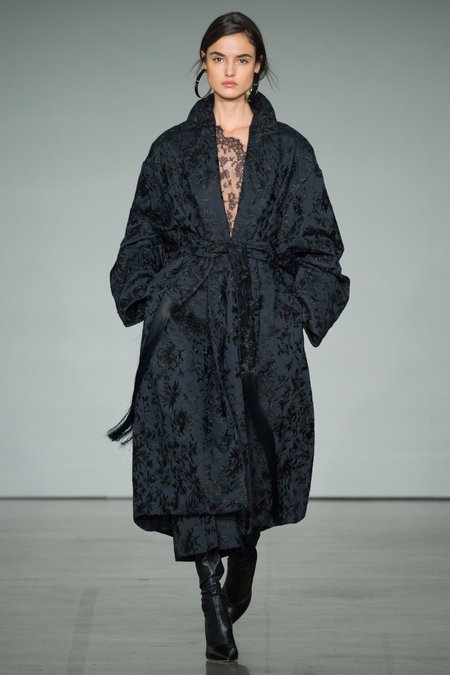 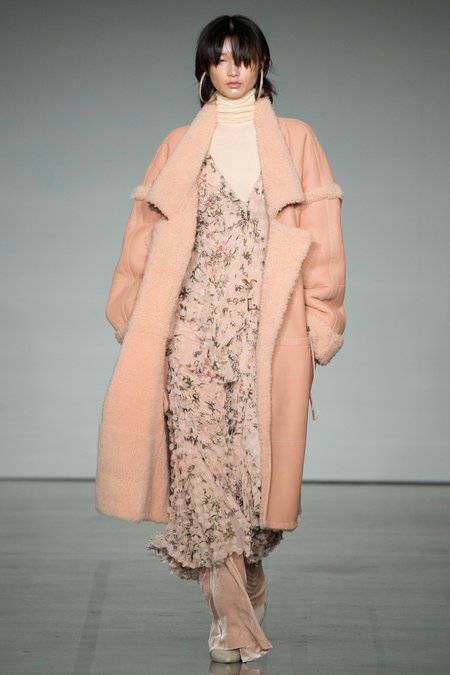 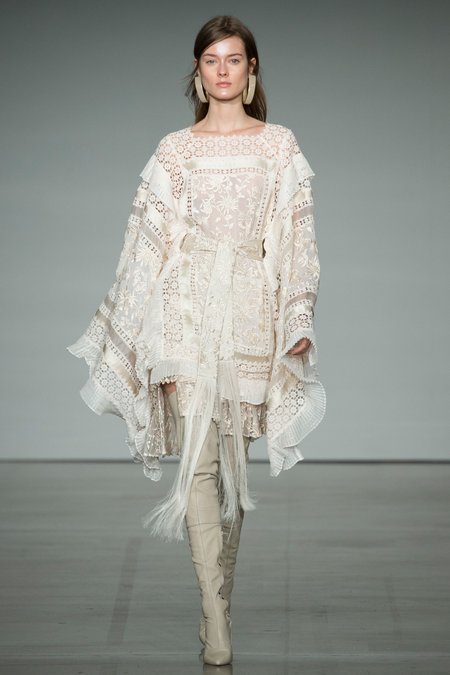 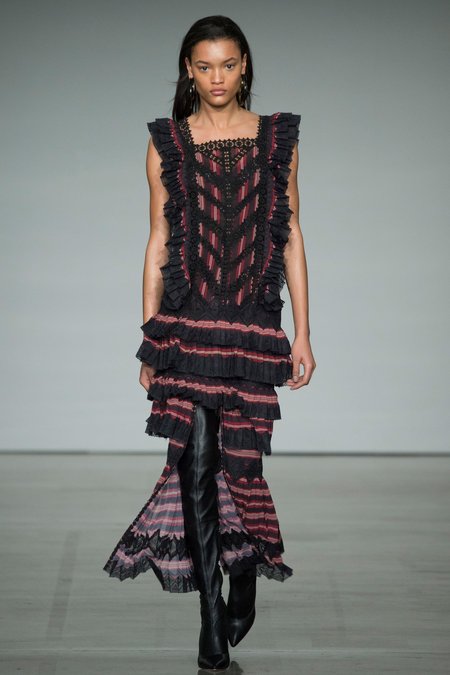 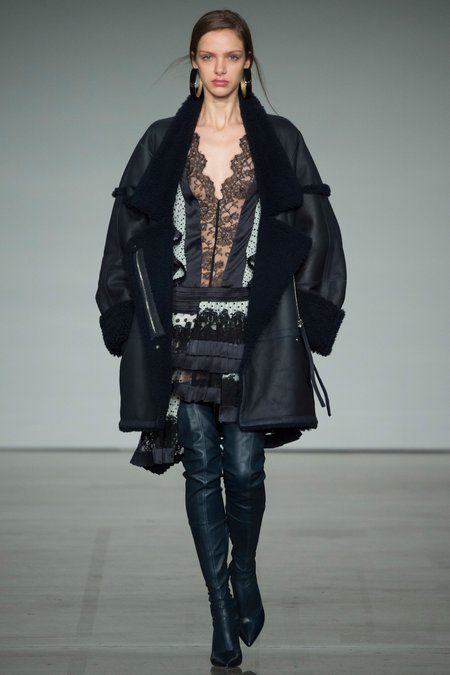 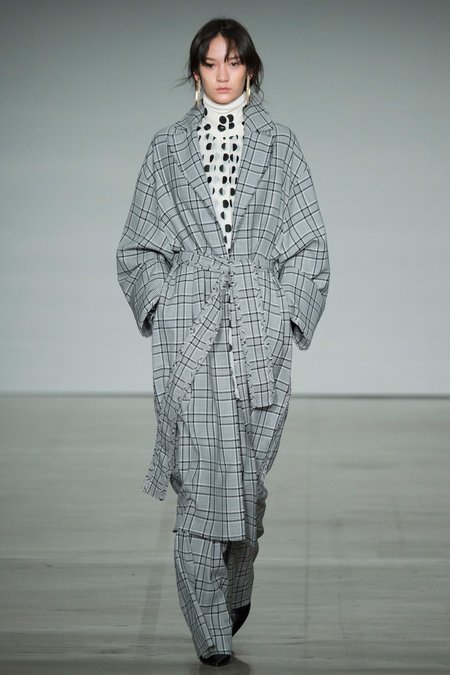