2016 marks the 60th Anniversary of Americana Manhasset, and the Spring campaign launches a year-long anniversary celebration. Hawaii has always been a perfect destination for celebrating important milestones. In fact Americana owners Frank & Rita Castagna celebrated their honeymoon 60 years ago in Hawaii, providing inspiration for this season.

Photographed, produced and styled by Laspata/DeCaro, the campaign was shot in various locations in and around Oahu’s famed North Shore starring top runway and editorial models Lindsey Wixson and Sean O’Pry. The pristine beaches and lush, dramatic mountains provide the backdrop to Lindsey and Sean’s fashion-filled getaway, with Sean calling to mind a modern version of a young Elvis in Blue Hawaii. Authentic hula girls and flame throwers are featured, and a full-blown luau was created for the cover image. The campaign is festive and young, with a definitively tropical vibe. In conjunction with the still images, Americana Manhasset has debuted a short film, entitled “Hawaii Six-Oh!” which stars Lindsey and Sean and captures the fun spirit of the campaign set to a tribal beat. 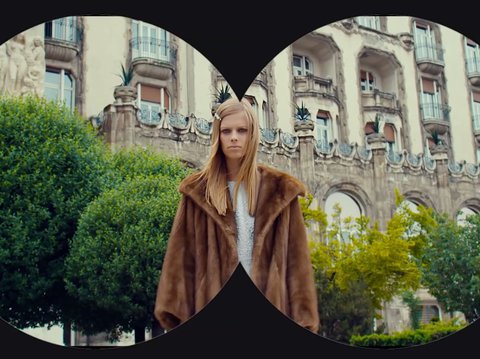