Americana's Spring 2013 short film, starring Arizona Muse, was filmed in an opulent corridor at Vietnam's Imperial Palace. It imparts an ethereal visual narrative, with the music and editing epitomizing the blending of old and new, of East and West.

Starring Arizona Muse, this 4-minute behind-the-scenes video gives you a fast-paced, insider's glimpse into the exciting photo and video shoot of "In The Mood for Vietnam," Americana Manhasset's 2013 Spring campaign. The music and editing epitomize the blending of old and new, of East and West.

The influence of Asian history and culture is seen throughout many of the collections. With the world continually getting smaller, both American and European designers seem more and more influenced by and enamored with Eastern aesthetics. It was this sensibility and awareness that inspired Americana Manhasset's Spring campaign. 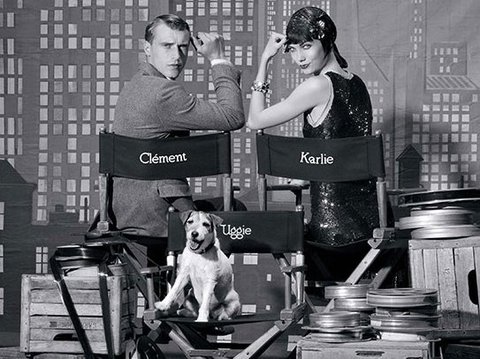