Americana's Fall 2013 short film, starring models Fei Fei Sun and Simon Nessman, was filmed in the French Alps including on the famous Grand Montets ski slopes.The film, as well as the campaign, combines the luxurious and sporty energy of Chamonix with a cool, modern sensibility.

Starring top runway and editorial models, Fei Fei Sun and Simon Nessman, this behind-the-scenes video gives viewers a glimpse into the exciting photo and video shoot in Chamonix, France. The short film and campaign were filmed and shot throughout the French Alps including on the famous Grand Montets ski slopes, at the historic Grand Hotel in Montenvers, at the Chamoix train station and in a private chalet in Megeve. The music and editing of the video pieces exemplify the youthful and chic quality of the campaign. 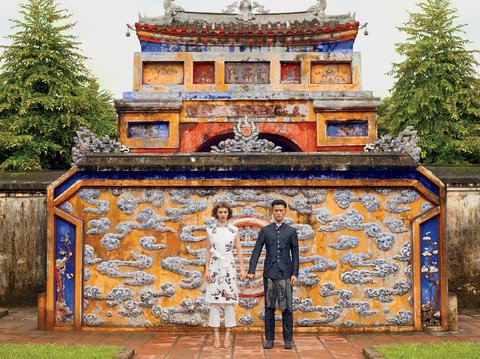